Wine has been popular for centuries. On paintings depicting Ancient Greek festivities you will see wine and grape motives again and again, even though some try to proove that for example Aristotle did mean by his legendary quote “it is WINE in name, but not in effect…” that what they were drinking there wasn’t actually the alcoholic beverage as we know it these days!
Whatever it was that Greeks were drinking, it must have had some particular effect different from typical non-alcoholic drinks, otherwise there wouldn’t be any god of wine often also connected to ecstatic experience as Dionysus (also called Bacchus) was. The wine jugs you can see in museums all over the world suggest that Greeks were not just making a juice from grapes. Besides, the acclaimed intellectual gatherings called “symposia” where drinking wine was accompanied by philosophical discussions suggests that wine was almost a sacred drink and it had not much in common with fruit juices like Innocent smoothies nowadays.
What more, there are over 300 indigenous grape varieties in Greece!
I have tried Assyrtiko from one of the Aegean islands Santorini. 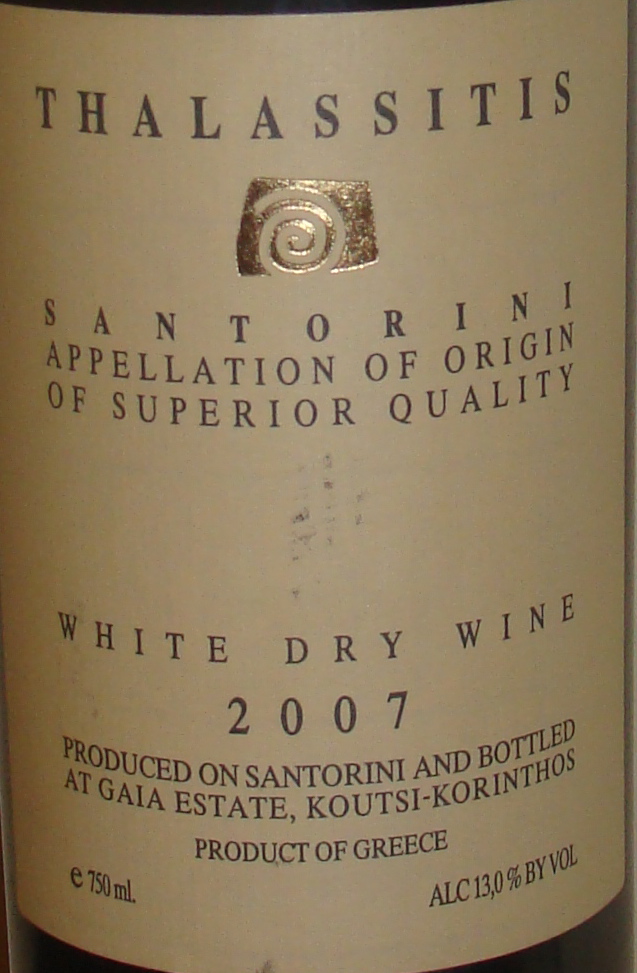 Thalassitis is one of the signature wines of Gaia winery, producing wines since 1994. It has light citrus aroma with earthy sub-tones. Its acidity you feel at the finish is quite unique for the wine’s rather high alcohol content.
Have you tried any Greek wines? If yes, which one and how did you like it?
You can get Greek wine made from Assyrtiko grapes at wine-searcher or in many shops and supermarkets in the UK (Waitrose has some).
More about history of wine.