An energetic, youthfully slim and stylish Anabelle Silecki, co-owner of Bodega Mendel in Lujan de Cuyo met us in Mendoza at our hotel’s reception hall and took us to the winery by car. I was advised before my trip to ask locally based people to pick me up since it is challenging for foreigners to drive around. The signs are often very confusing so one can get lost easily. Ms Silecki had just flown into the town from Buenos Aires for a number of meetings so she stayed at our hotel as well. The Park Hyatt in Mendoza is the most popular hotel for anyone from the wine industry to stay in. Perhaps it is because of it’s magnificent wine bar. 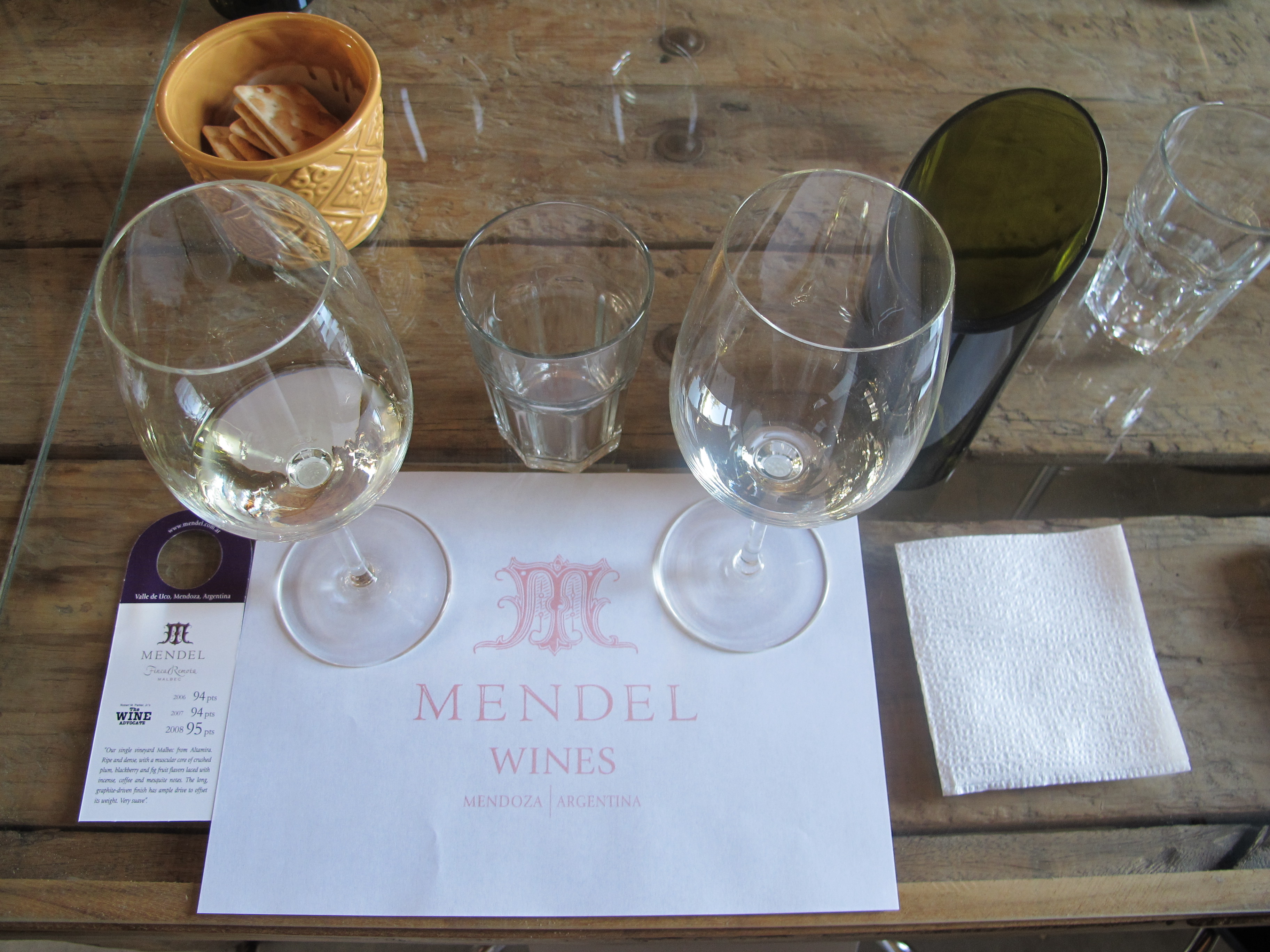 The Mendel winery she owns in partnership with her talented winemaker Roberto de La Mota had a soothing effect on our European palates as it was the tiniest winery we have seen so far not only in Mendoza but also in neighbouring Chile. 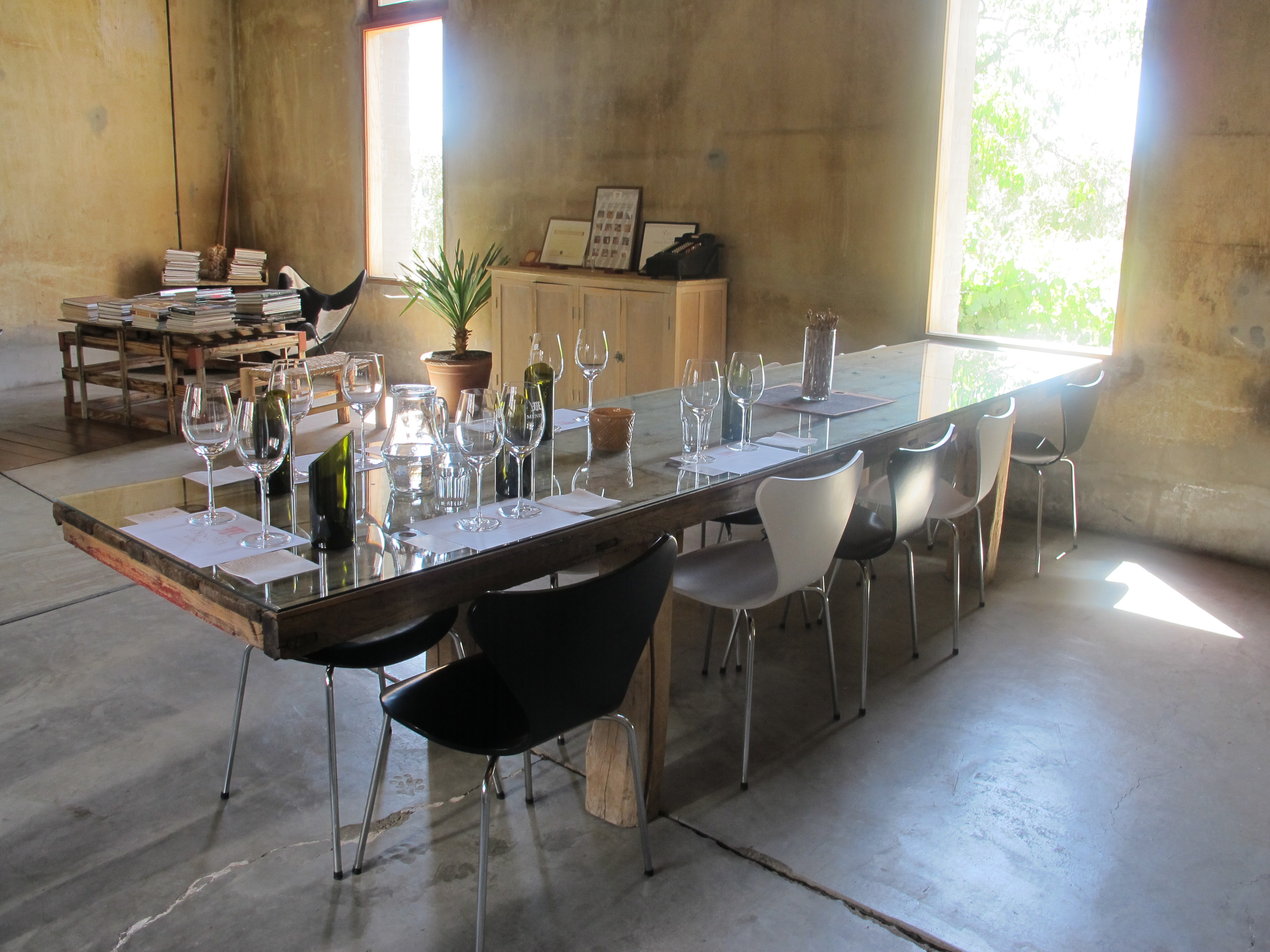 Set in an old simple building with a traditional character this unpretentious bodega is unpretentiously charming. There are rows of vines planted around the winery, mostly Malbec, some olive trees, roses and less locally common vine varietals such as Mugrón to show visitors. The oldest Malbec was planted in 1928 meaning that these plants are over 80 years old. 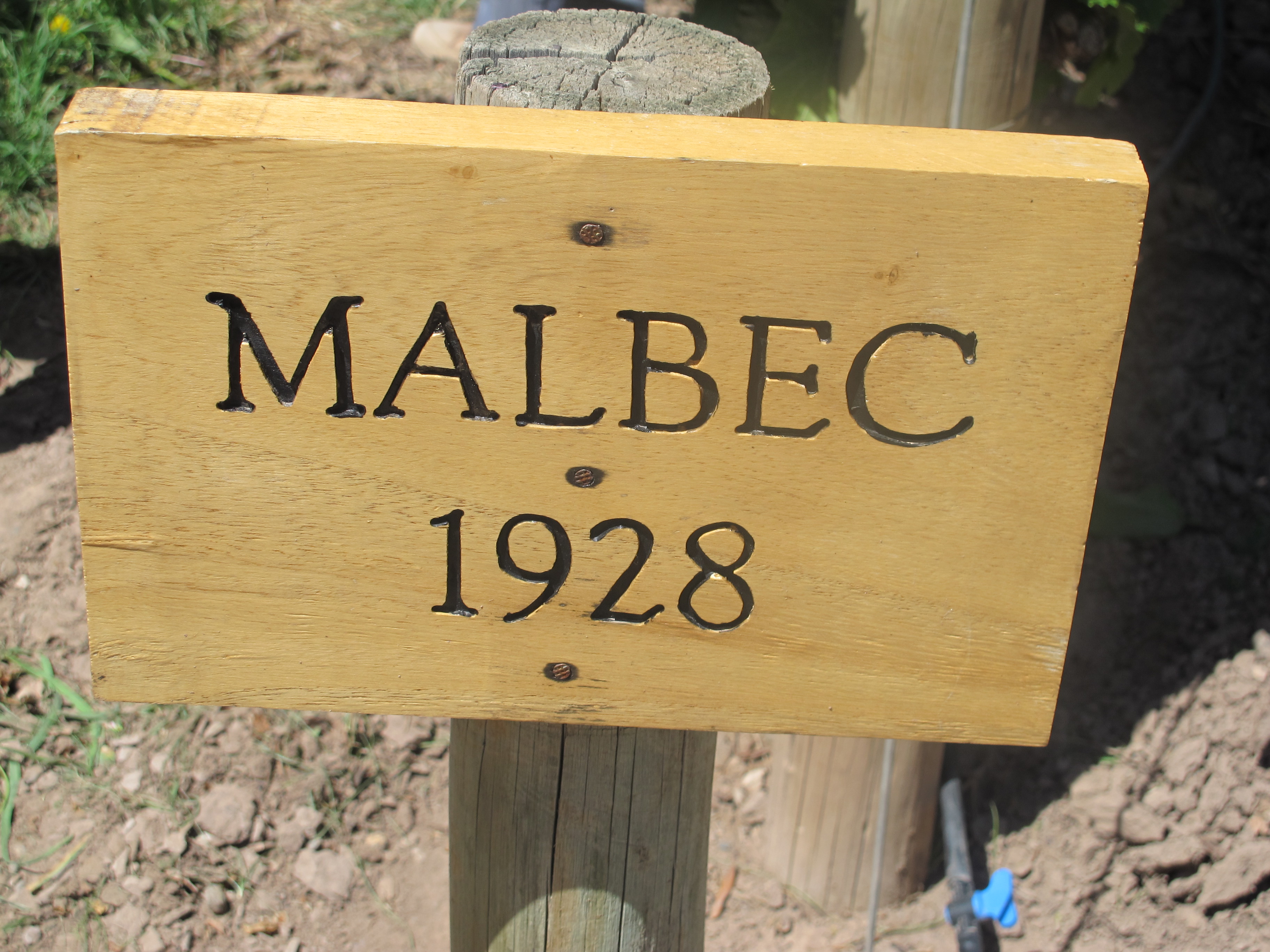 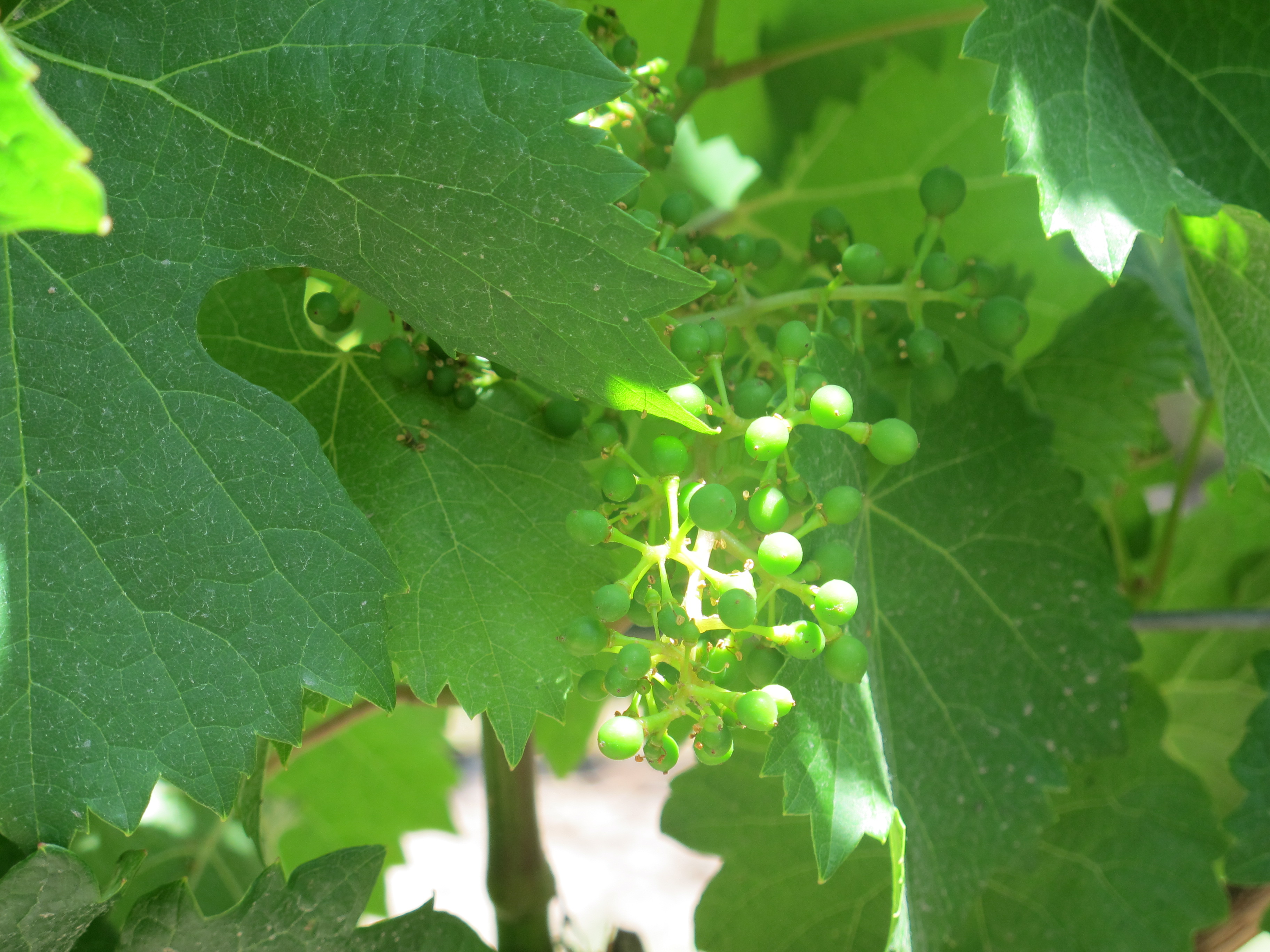 Mendel has also other vineyards, all spreead across the vast region. Most of the winemaking is done by hand and both Roberto De La Mota, one of the most respected winemakers in Argentina, and the winery’s second winemaker Santiago Mayorga are not afraid of experiments. Recently they have planted some Semillion and Petit Verdot with aim to explore the potential of these varietals in the Mendel’s vineyards. In a fresh, eclectic, yet rustic tasting room we have tasted the white Semillion, a common partner in sweet wines. This time though in it’s fresh, zesty and aromatic coat in a dry single varietal wine. It was excellent! Disappointing though was Ms Silecki’s assurance that there are no bottles left for sales, that is how popular this wine is. 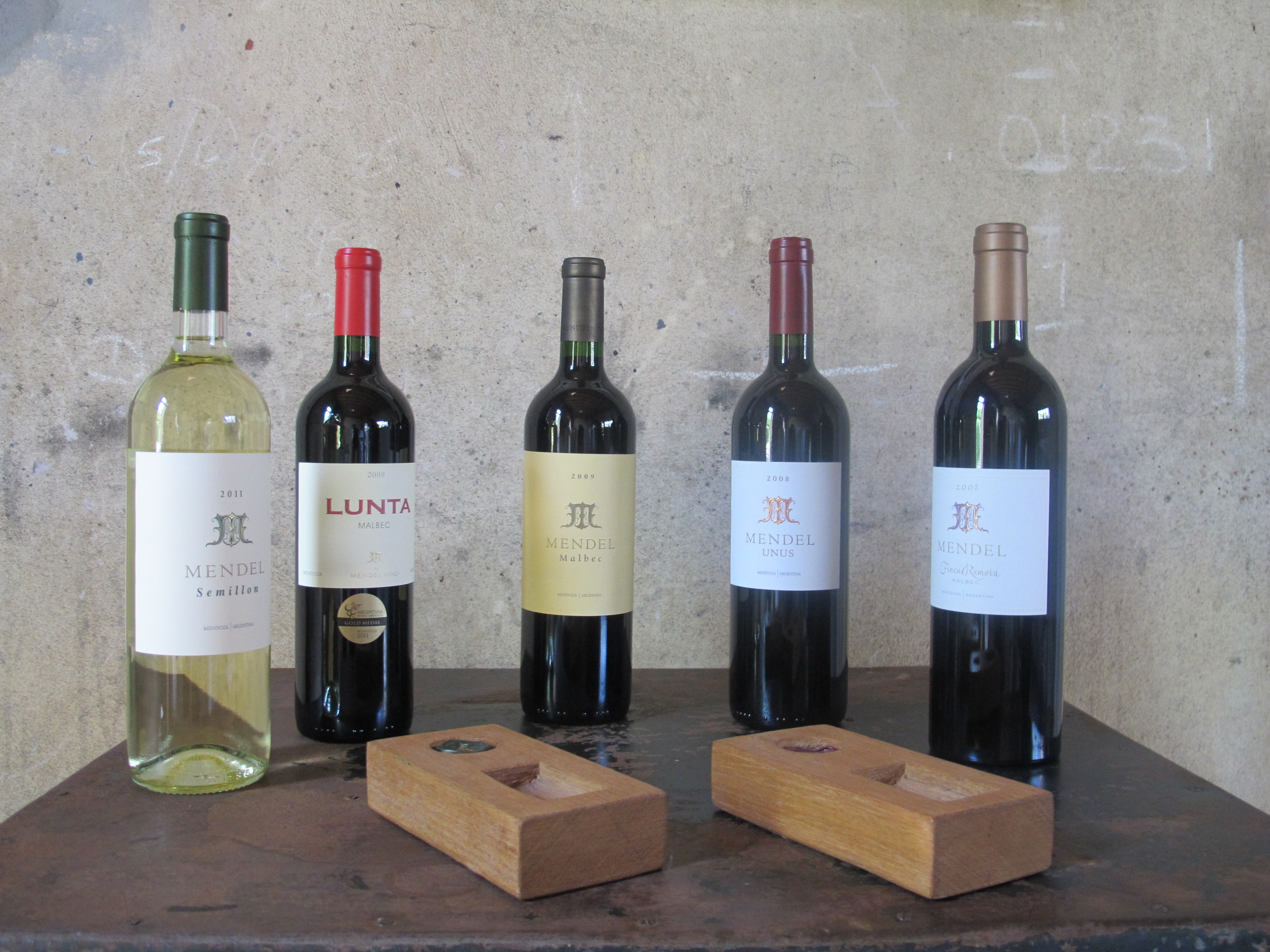 Moving to reds our palates were more than compensated for not having the opportunity to buy one bottle and take it with us. The fresh and fruit driven Malbec and to a similar extent fruit – faithful Cabernet Sauvignon were delicious. There, the stereotypical difference between the New and Old world approach to winemaking was tangible. Many of the New World wineries let the fruit speak and the oak is dormant. Of course, it differs from winery to winery. I am open to both approaches and in the case of the Mendel’s wines I was grateful for some exuberant fruit in my glass. 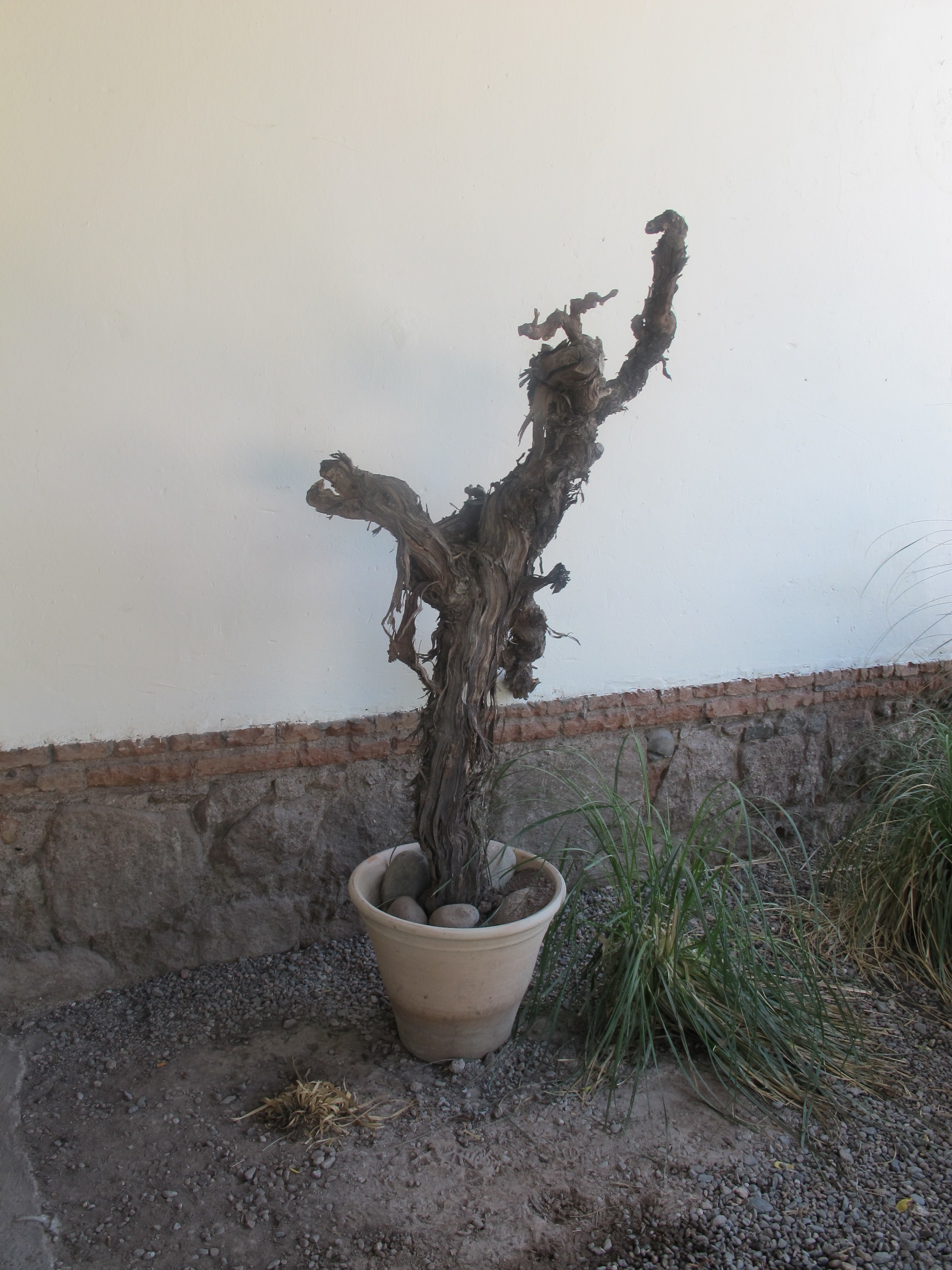 The Argentines are magnificent hosts so if some, like Ms Silecki did apologise for offering us only a small and simple lunch, then you will eat like a king by most of people’s standards. In a minute, we savoured the crispy, freshly baked beef meat filled empanadas, perfect with the fruity Malbec. The empanadas are in Argentina typical dough turnovers filled with meat, cheese, onion, olives or other ingredients depending on the region. In Mendoza they are mostly beef and olives-based. But, you can find exceptions such as cheese and other vegetarian options such as filled with juicy onions as at Familia Zuccardi’s winery restaurant in Lujan. 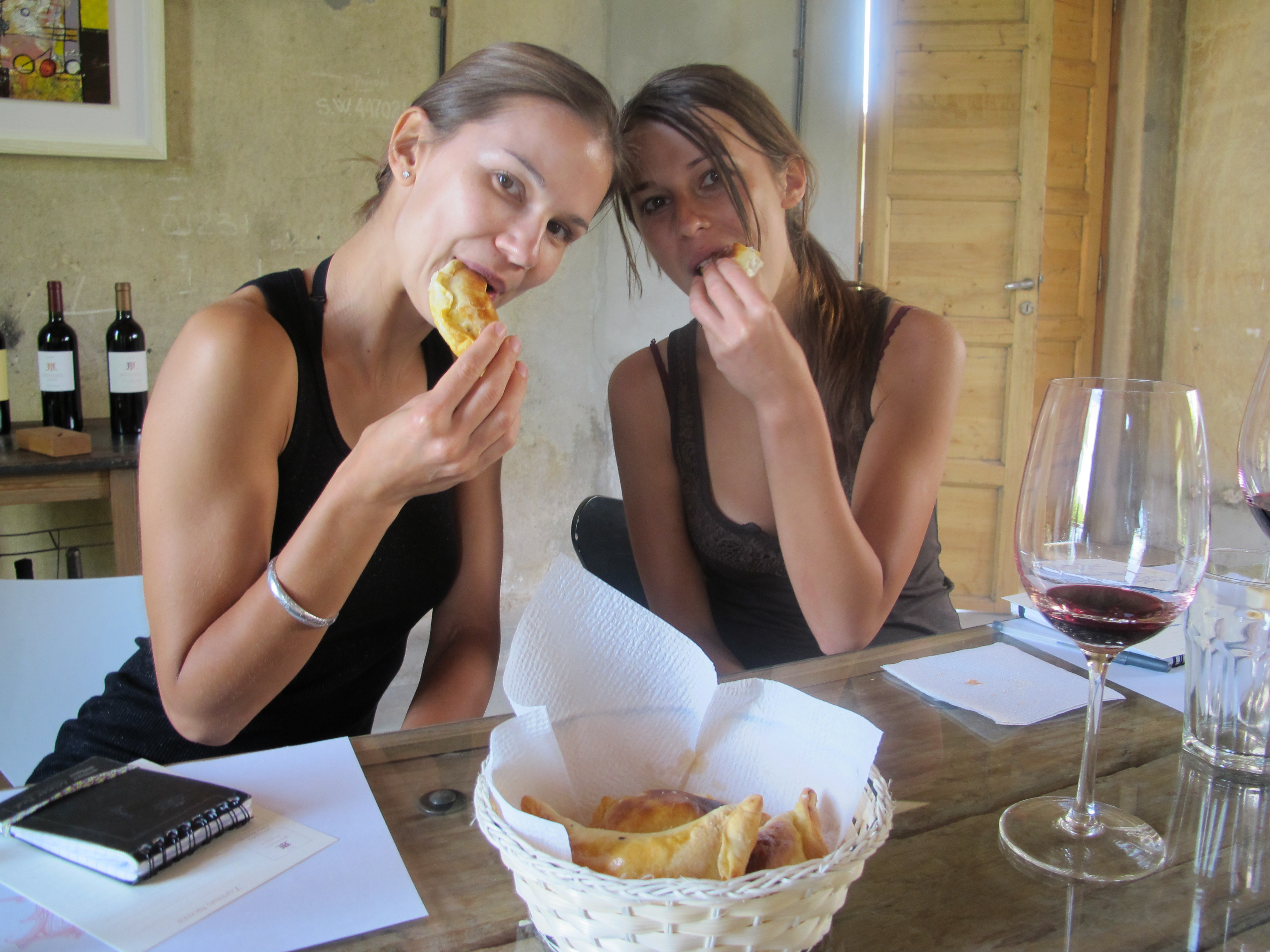 At Mendel we were further treated to a delicious homemade olive oil with fresh bread, the oil having a wonderful vegetal notes on the palate. Later came a plate of rice with grilled vegetables and, a fresh mixed salad, which is also the part of almost every meal with an exception of a breakfast. Pan (bread) with dulce de leche sweet spread arriving to Argentina with the Spanish immigrants is a typical morning meal.
[codepeople-post-map] 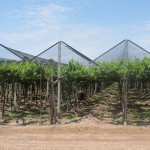 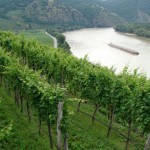 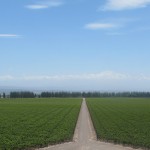 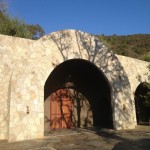