Clos de Los Siete is about 20 minutes drive from Tunuyan, a town South of Mendoza in Argentina. Reaching to the foothills of the Andes the extensive property is spread through the cool Uco Valley, the increasingly-praised region of the Argentine wine industry. In latin America, the more South one goes, the cooler it is. Therefore, South Uco Valley is much colder than anything else up North in Mendoza. 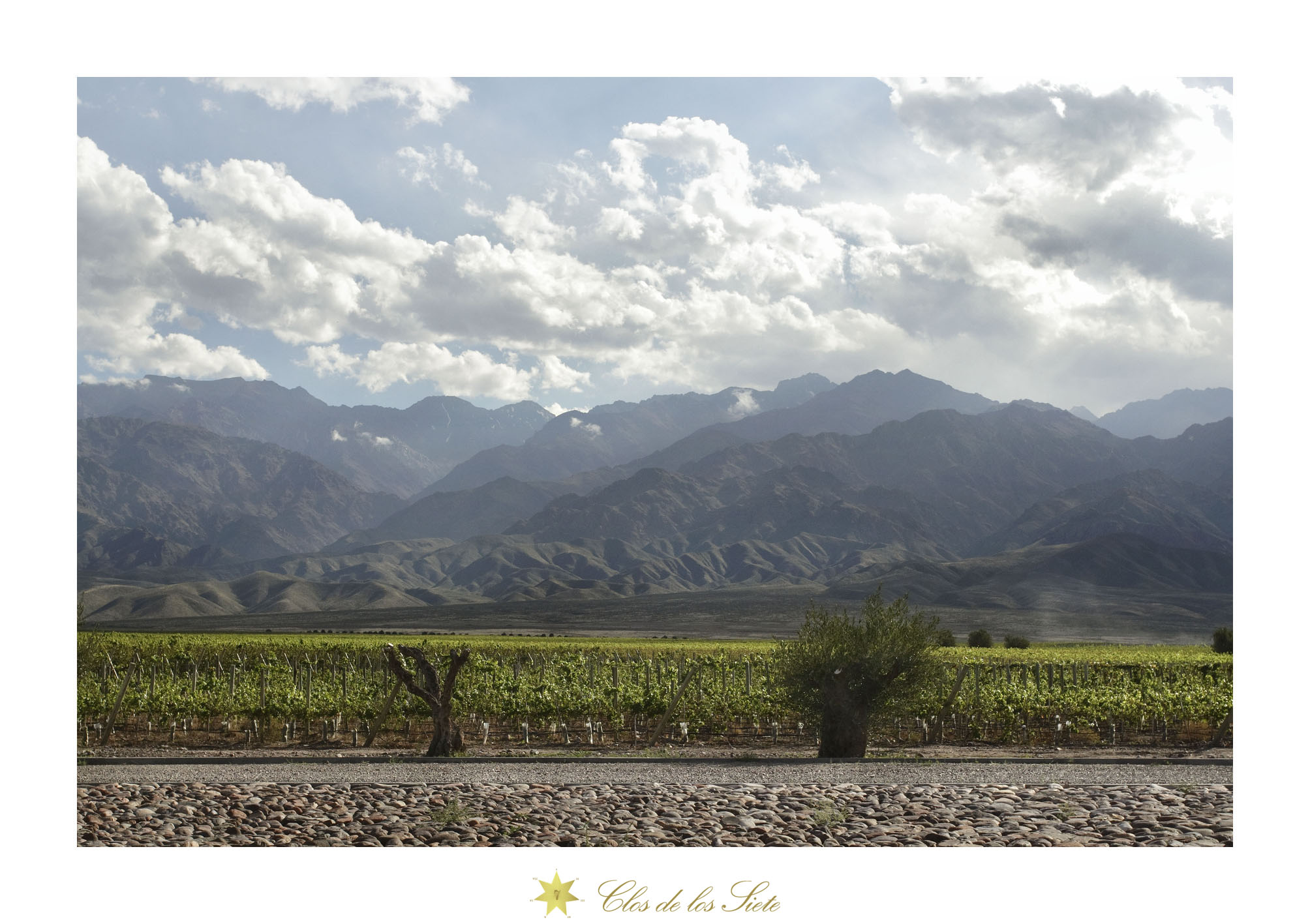 Clos de Los Siete is a unique project of seven French wine proprietors mostly from Bordeaux. It encompasses five different wineries in one enclosed area in an Argentina’s Southern Uco Valley. Together there are about 850 hectares planted with vines. Explaining the project in a detail is a knotty endeavor, so I would leave its complexities to the visitors. Seeing it with one’s own eyes and mainly experiencing it is the best, and perhaps the only way, to understand it. I will share with you the most eye and mind-striking impressions my visit imprinted on my wine-obsessed persona. Below, is a map with parcels divided by grape varietal. 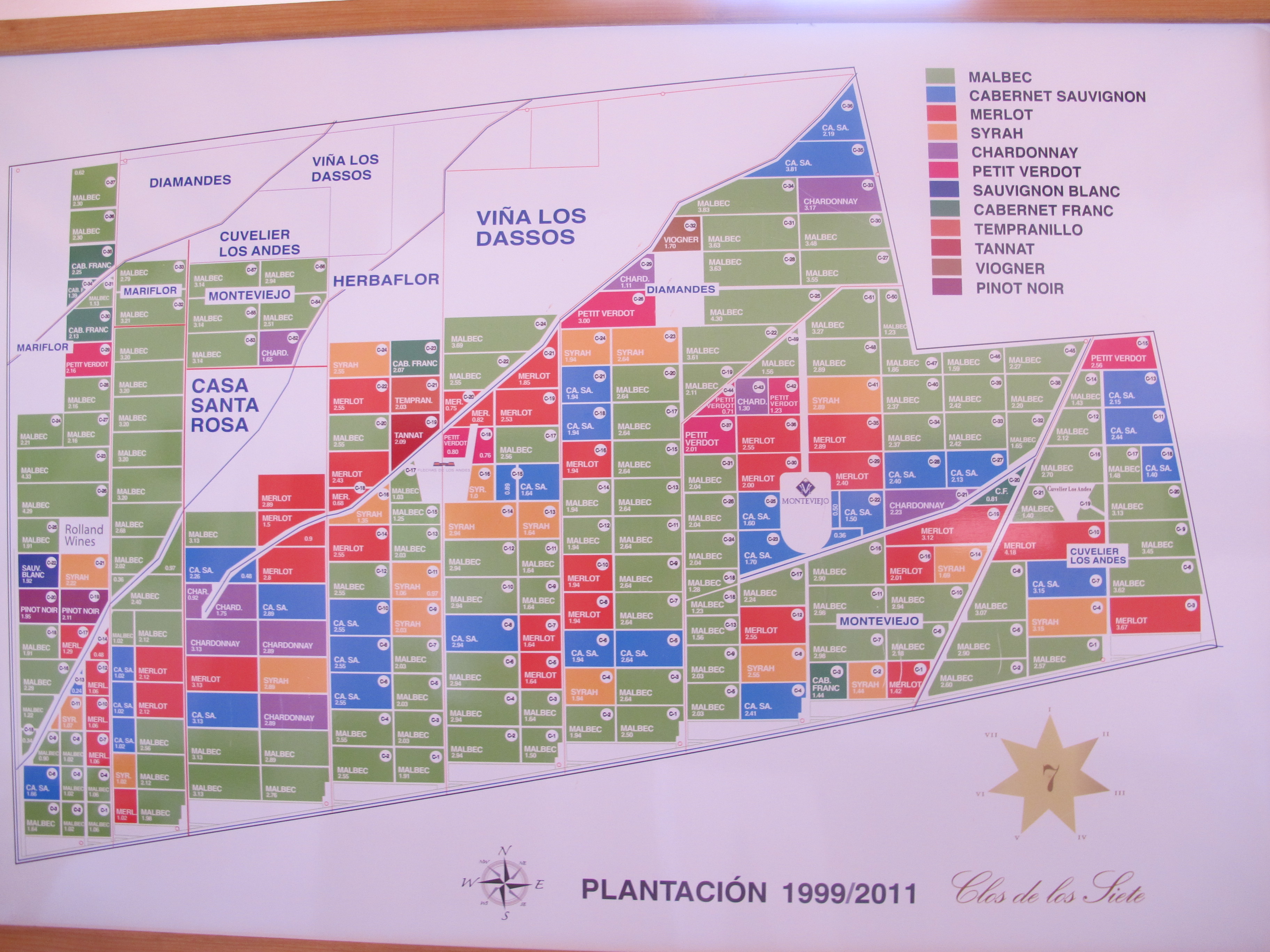 The Bordeaux proprietors involved are:

The Bonnie family of Château Malartic – Lagraviere in Bordeaux and Château Gazin Rocquencourt in Pessac – Léognan. Bodega Diamandes is their part of Clos de los Siete.

Catherine Péré-Vergé, from 1985 the owner of the Château Montviel, Château La Graviére, Château Le Gay and Château La Violette in Pomerol. Monteviejo is her property at the Clos. 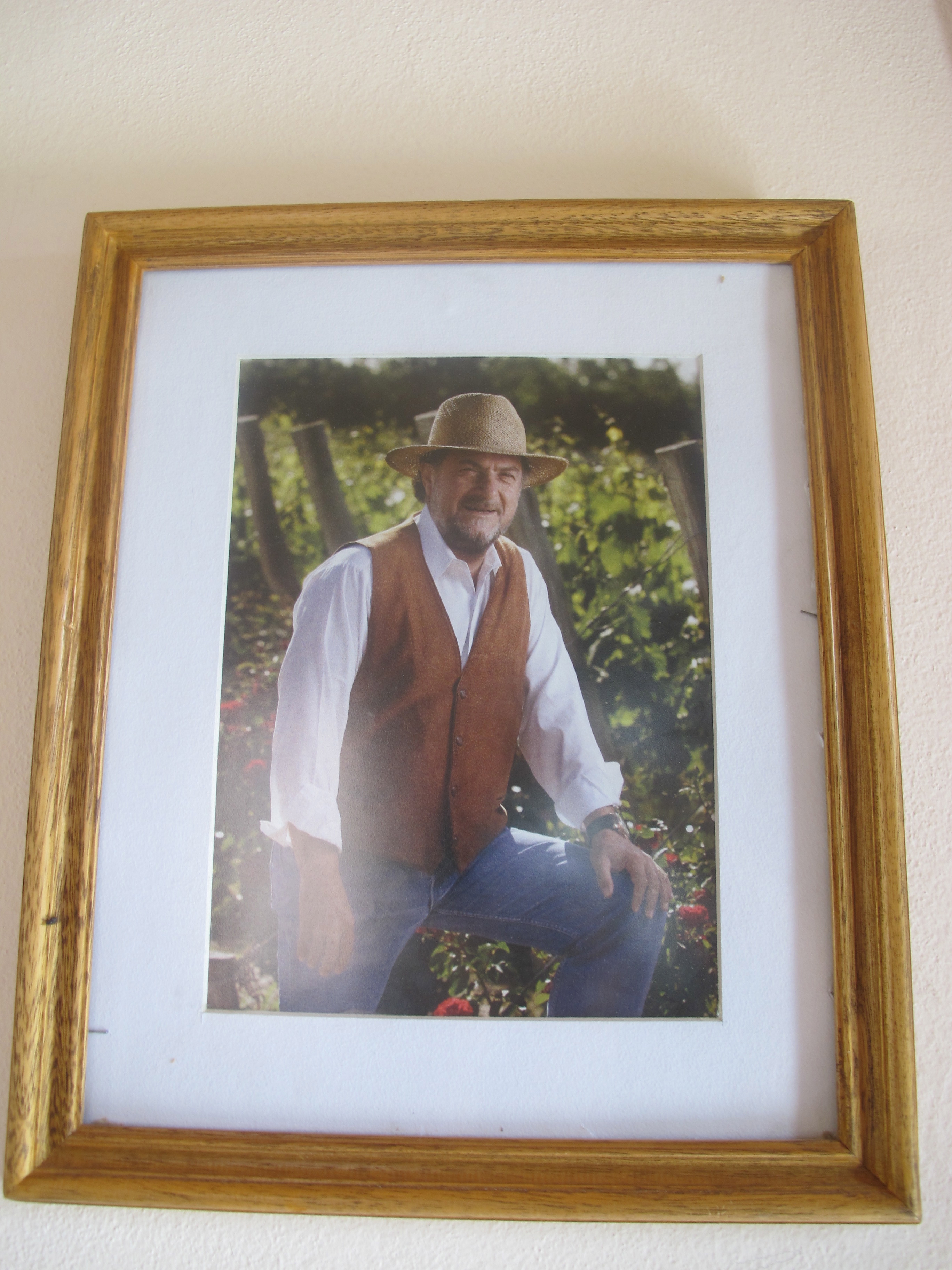 The man behind the cooperative project is one of the biggest personalities in the wine industry today, the French oenolog Michel Rolland. He and his wife Dany own one of the wineries at the Clos de Los 7 and he is the consultant for all of the rest. On top of that, each year he selects grapes and varietals from all the plots at the property and creates the red blend called Clos de los Siete. It can be based on Malbec, the dominant grape in terms of planting area at the property, but he can decide for more Cabernet Sauvignon in some years as well. Syrah and Petit Verdot usually complete this French grapes-based blend. 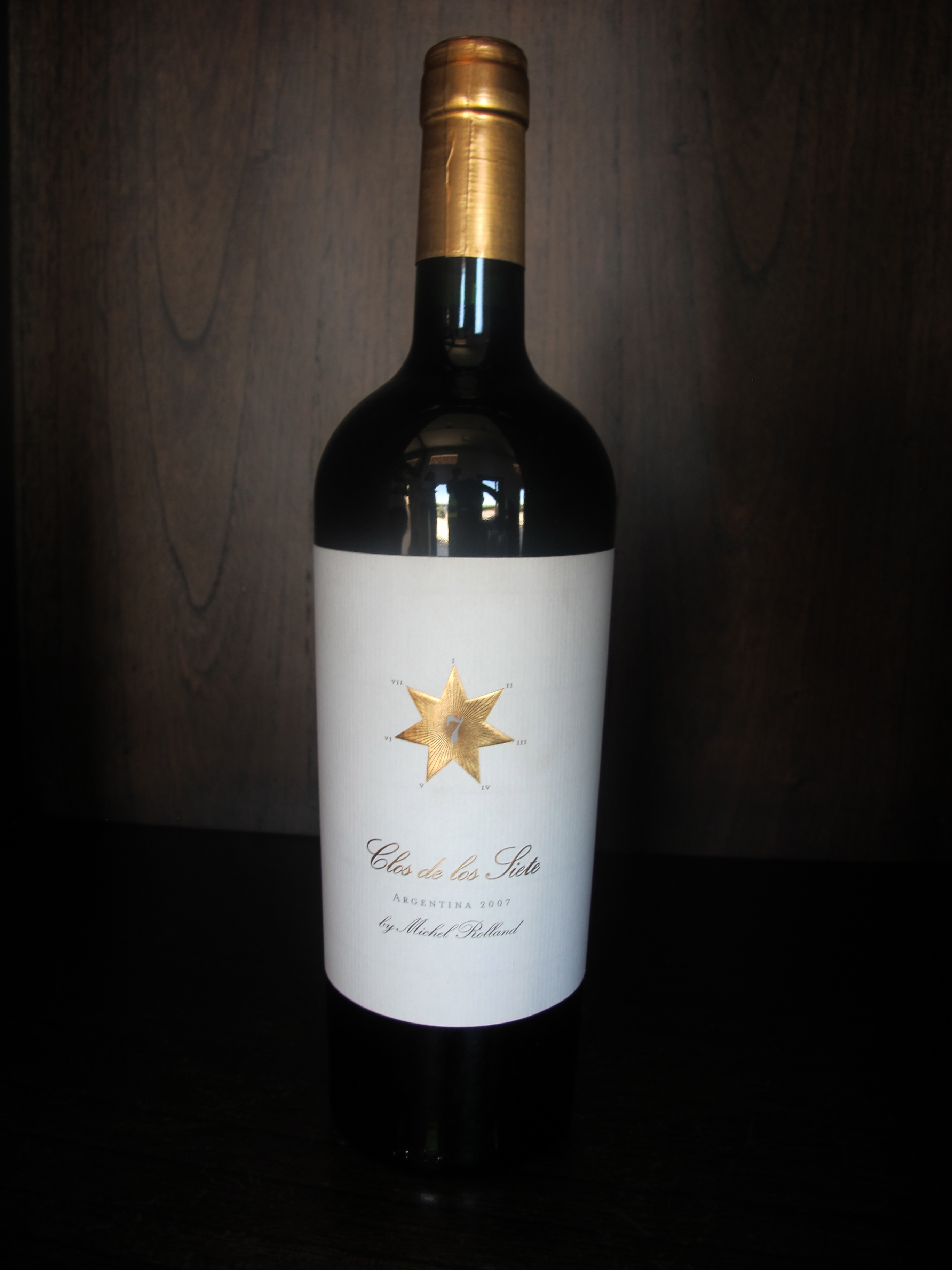 Philosophy of viticulture and winemaking

The system is driven by terroir as the meticulous dissections of the land into distinct plots disclose. As I wrote earlier, Malbec is prevailing, but Cabernet Sauvignon, Cabernet Franc, Syrah, Petit Verdot, Pinot Noir, Tannat and Tempranillo complete the range of red grape varietals. Planting of Pinot Noir in a desert-like climate may rise one’s eyebrows, but it is the baby of Michel Rolland on his part of the property. Located in a higher altitude than most of the other plots, the cooling wind and lower temperature on that spot made it possible. It tastes similarly to some of my favorite Pinot Noirs from the Czech Republic. In the older wine at the beginning the nose is a bit closed, but later on, the typical strawberry aroma develops. On the palate its tannins are fresh in youth, acidity zesty and red fruit juicy.

It is not a bargain though. For US$ 75 for the 2008 vintage, the Czech version leads on value with the pricier Pinots selling for $30 in retail price. Competing with a burgundy is rather a different story. There is some complexity, but perhaps the vines (plants) need more age as they will develop their roots more, to struggle more down thought the soil. The resulting wine then should fascinate one’s palate more. 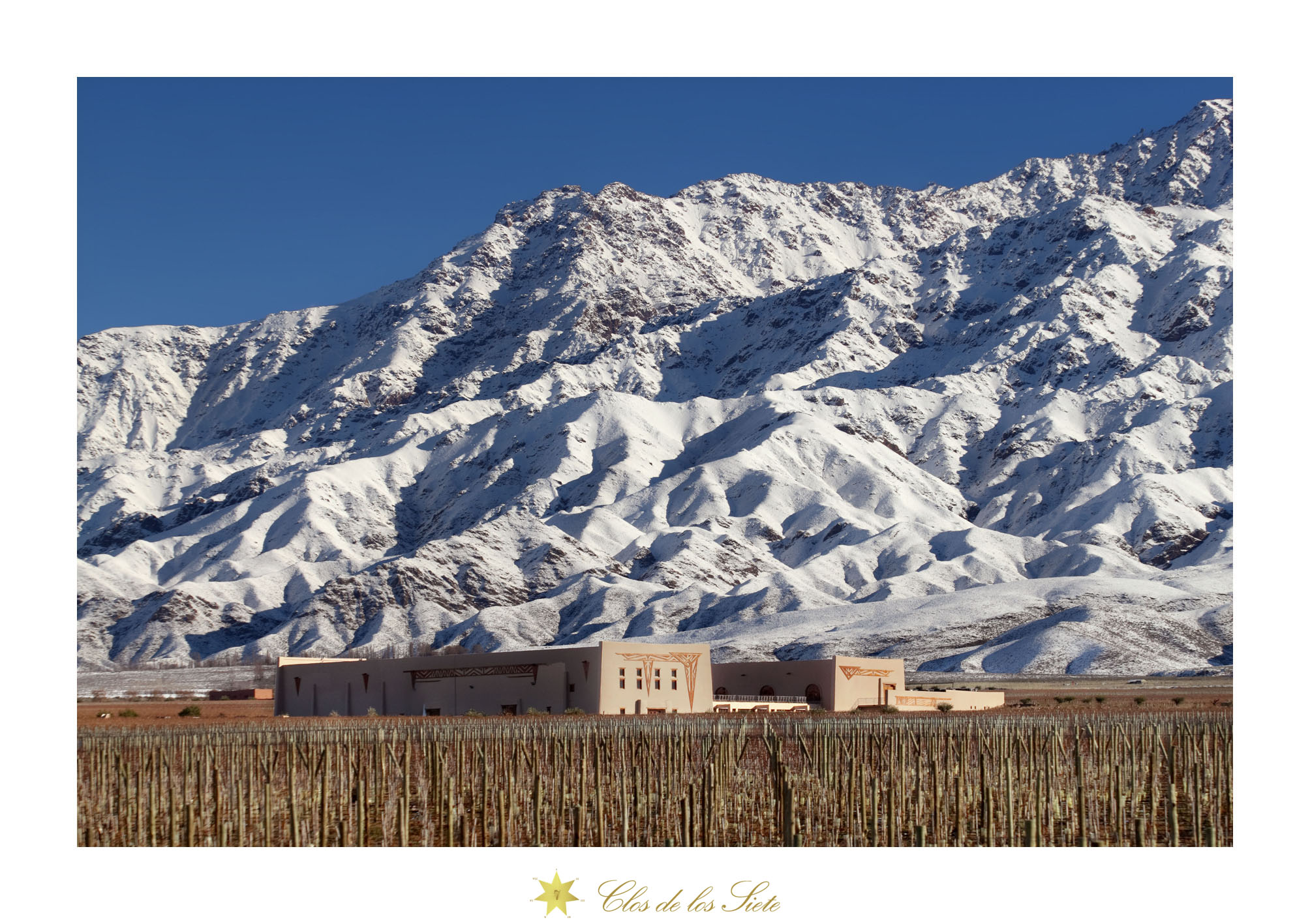 Potential of the soil

The terroir is interesting enough. With the prevailing sandy, clay and pebbles rich soil, it is suitable for intense sun heating the pebbles as well as it absorbs irrigated water well. The extremely dry climate makes irrigation necessary and the way it is used influences the resulting taste of the grapes. In the case of Michel Roland’s preference for concentrated wines it has to managed carefully to avoid dilution of the juice in the grapes. Drip irrigation is popular in the better wineries of Argentina and this high-end property is not the exception. The altitude in the highest point is 200 metres more than in the lowest spot in 1.200 metres above the sea level. Which is much higher than in the mostly flat Bordeaux near to the Atlantic ocean. A very different experience for the mostly Bordeaux-born owners of the land at Clos de Los 7. 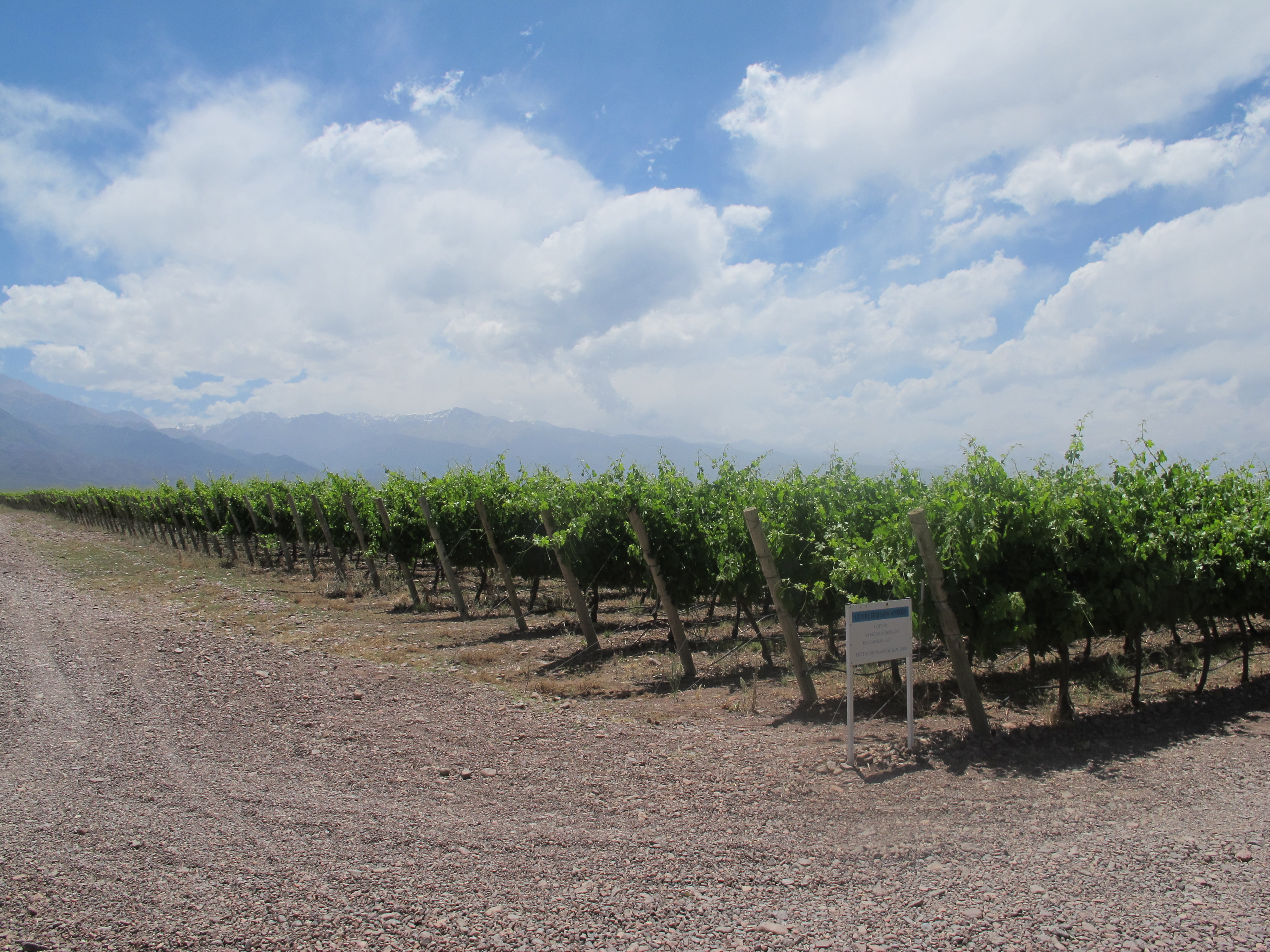 Tannat and Tempranillo have been planted only for experimental purposes so far. The coming years will show whether there is any potential for these two varieties. Tannat has proved its potential in Cafayate with a large number of local wineries planting it. Up there in the far North, it gives lush, fruity wines with sweet tannins so different from the French wines made from this varietal. Growing Tempranillo in Argentina flashed through my mind already in Cafayate. Seeing the similarities between the climate there and in Ribera del Duero where the desert-like nature and wide differences between the day and night temperatures, necessity of irrigation (Ribera has an exception in EU), the high altitude – these all resemble the mountainous parts of Cafayate and in some extent also the Uco Valley. 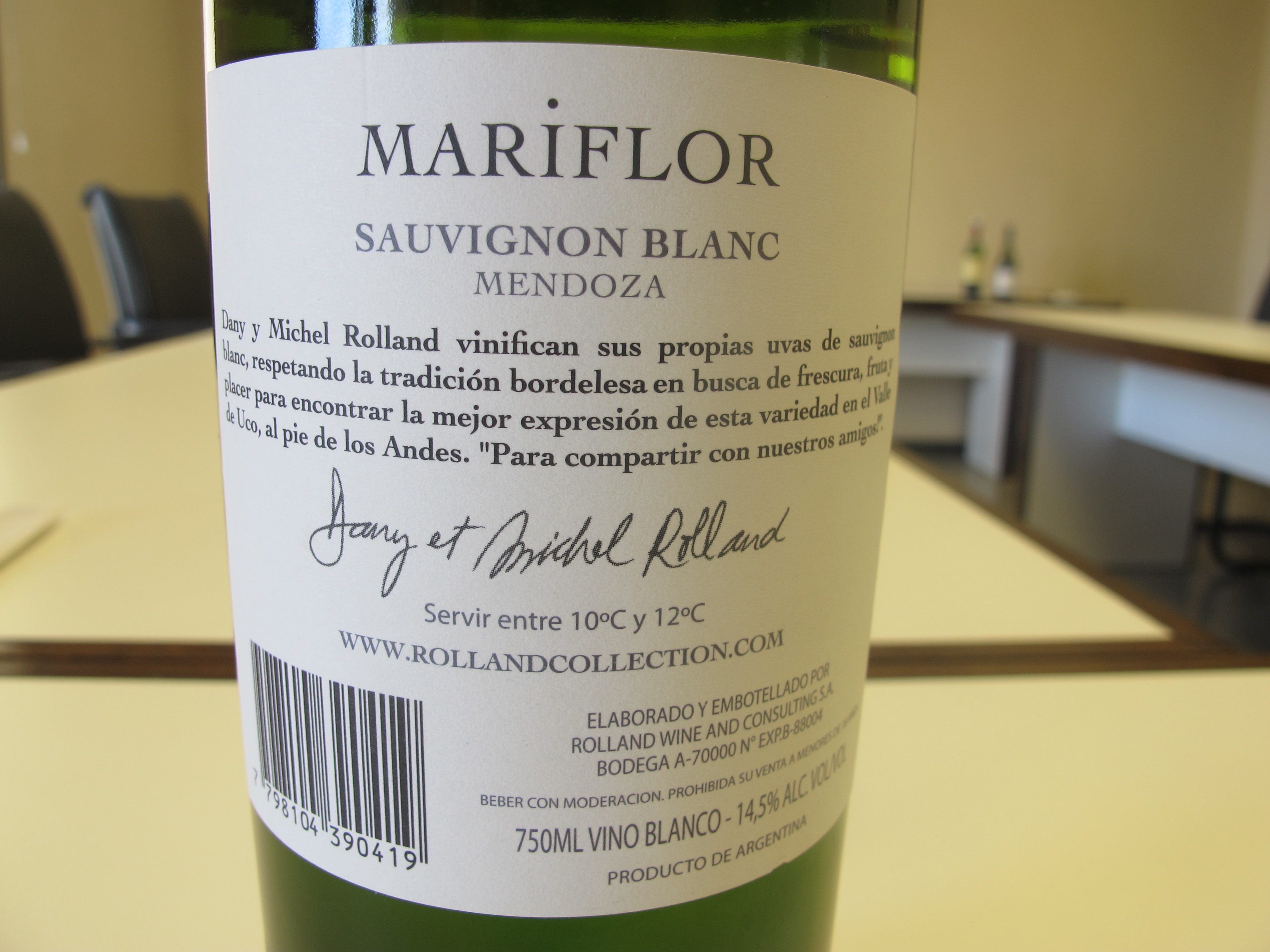 The site is unique, there is nothing alike in Argentina, and perhaps in all world. This European cooperative style of joining vineyards and benefitting from them together, as is in the case of the Clos de los Siete annual blend by Michel Rolland, is already showing a great potential for the future of this recently born project. Yet, as with all great wines, patience is the holy grail of making the most complex and appealing wines in the world. Therefore, both the proprietors and the drinkers shall embrace the challenge and try the property’s wines over and over in the years to come.