is an association of eleven leading families from the most distinguished wine-growing regions on the world. 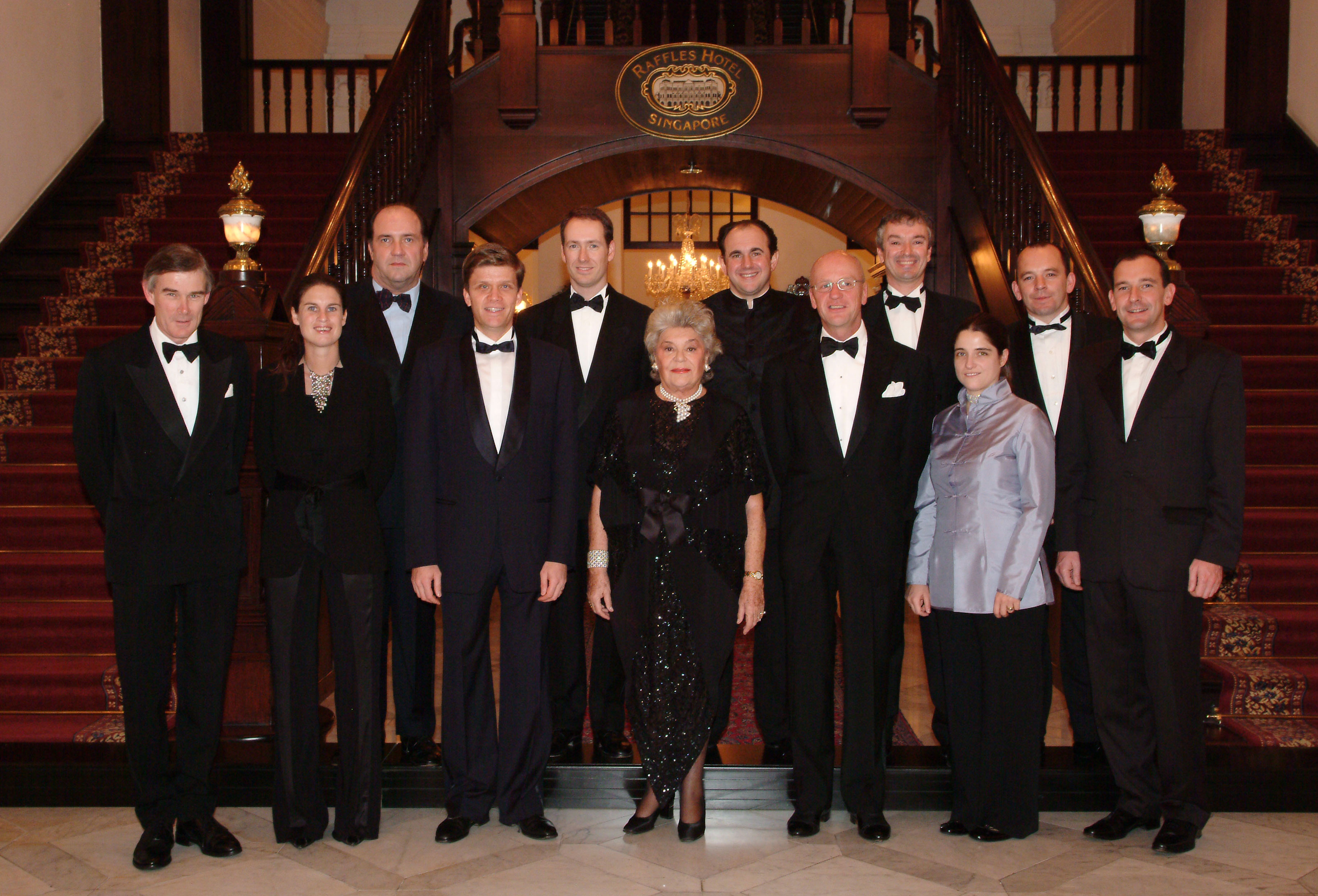 Once a year, they organise a charity-themed dinner on which a collection of their wines is being auctioned. I’ve attended the recent one at the restaurant Galvin at Windows in London’s Hilton hotel. Not only the food was paired tremendously, all the wines we were drinking were just great! As Serena Sutclife, M.W. and International Wine Specialist at Sotheby’s said during the auction: “Great wines are always made by great personalities.” Well, I must agree with her. All the family members who attended and spoke during the dinner did not lack a sense for humour, friendly attitude as well as open-mindedness.

Baroness Philippine de Rothschild was the queen of the event, with her outgoing speech, which I would call a Tony-award deserving theatrical performance, made a big impression on everyone present on the dinner. The only person who did not show a wicked smile on his face was her son Philippe SEREYS. Standing next to her, he probably knew her talent to entertain, therefore he kept the serious facade. They were an amusingly charming duo, indeed.

Each year, one of the families takes the chairmanship and leads the tasting. This year (2012) it is the Drouhins, so the dinner started with his talk about the values of PFV members. He said: “Families make the business more ethical and valuable.”  Again, I cannot disagree with him, also this point is one of the main reasons why I intend to make a documentary film about this feature in the wine industry. This event is the prove as it is organized in the name of charity and the families indeed care a lot about the products that bear their names.

The wines served at 2012 dinner

They were all great, as I mentioned above. To everyone’s palette though there were some outstanding sips at our tables. Most of ladies were ravished by a sweet Riesling Goldkapsel Auslese 1995 from Egon Muller Scharzhofberger. The Goldkapsel is not produced every year, only outstanding vintages of top-selected grapes go into the bottle. The result is a sweet affair with crisp acidity. Almost like a chateau D’Yquem, yet different. Paired perfectly with a home cured & slow cooked Loch Duart salmon, Dorset crab avocado purée and dashi, it was my favorite wine & food match of the evening.
Antinori’s Tignanello and Sasicaia from tenuta San Guido has never disappointed me.
Torres’ brought his special Mas la Plana with its velvety smoothness this Cabernet Clon 15 had a distinct “Catalan” concentration.
My weakness for Moutons has to be acknowledged here. I loved the 1989 vintage! Baroness Rothschild was perhaps right when she said that “1989 was the best of the century”. I’ve had some Moutons before and this one was my favorite so far. My nose is always enchanted by its ‘poppy seed’ aroma and the elegant balance of a 30-something woman is what I seek in an outstanding wine.
Port is perfect to finish any dinner and the 1970 vintage of Graham’s was with a chocolate dessert what a well-fitting dress is on a lady with a great figure. Nice on this own (the chocolate), yet stunning when the earlier comes with it (the port).
That was a Dinner with a giant D. It is truly rare, that one drinks so many magnificent wines in the course of three hours! Literally, next year, I am going wherever the PFV annual dinner will be taking me.