Wines from Israel take for most of us the coat of kosher wines exported to Europe and America to suit Jewish wine drinkers’ religious needs. Yet, winemaking in modern Israel is not only about making drinkable kosher wines, but also striving for the best quality and contesting even the top wine-growing regions on the world. Sadly, not all the best Israel has to offer is being exported though, so these wines remain undiscovered even for out-of-the-ordinary seeking wine connoisseurs. 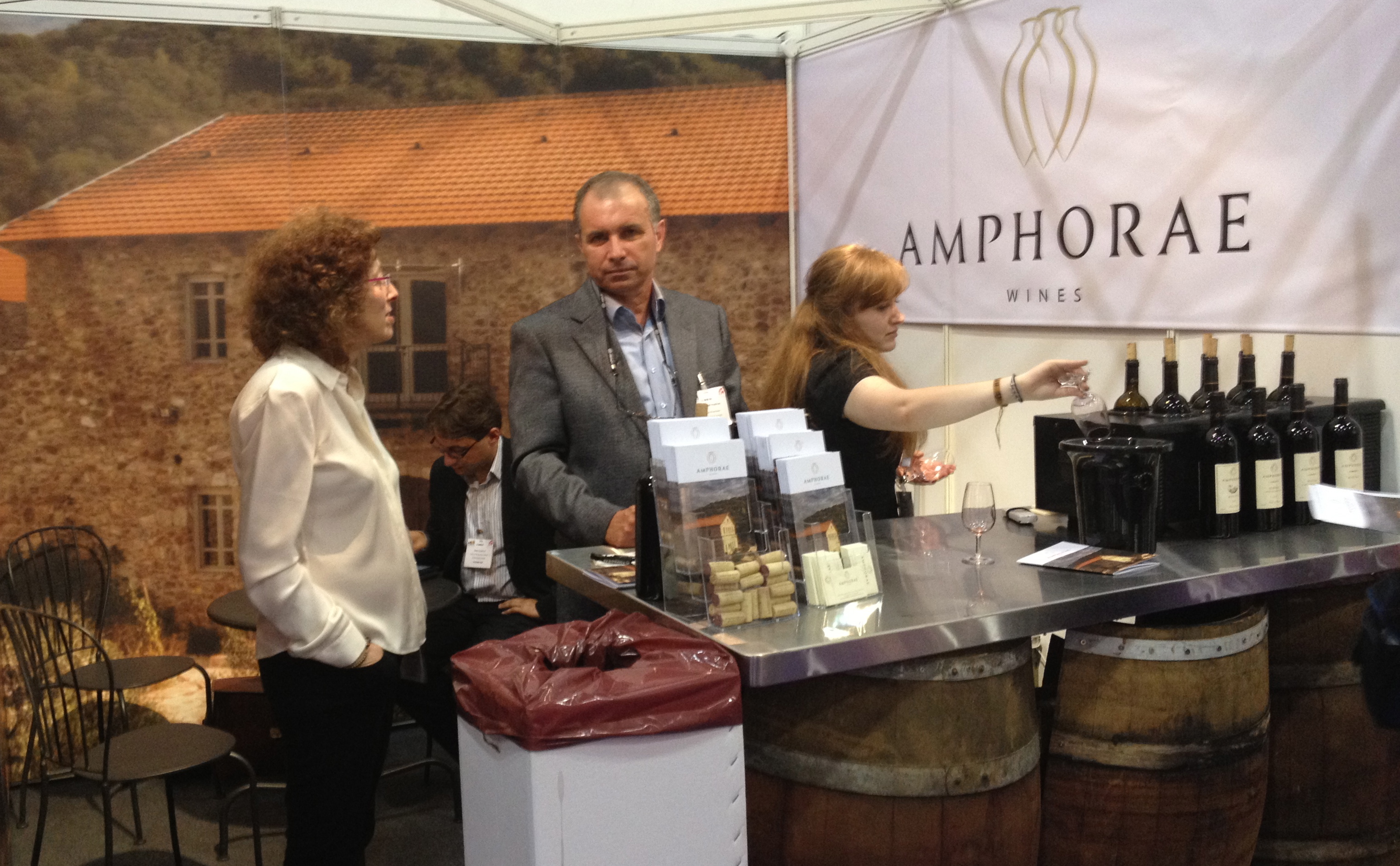 One of such hidden wineries is Amphorae Wines located at Makura ranch in Israel’s Western Carmel region. It will not be for long though, before the thirsty crowds will taste the sumptuous wines from this winery. One reason is their presence at the London International Wine Fair this May where, I believe, they must have found at least one interested importer. Another, and perhaps the more decisive point is, that since late 2009 the winery hired the legendary wine consultant from Bordeaux – Michel Rolland, and his name sells on its own. The secrets of making concentrated, yet not overripe wines, in Israel are:

The Amphorae Wines makes intense red but also experiments with some white wines, which have not been released yet. The winemaker is one of the most distinguished personalities in his field in Israel – Dr. Arkady Papikian. As I mentioned since 2009 also Michel Rolland adds his magic consulting touch to create wines that sell.
Makura is the highest range under the Amphorae label. I have tasted three blends of Makura, all 2007 vintage. 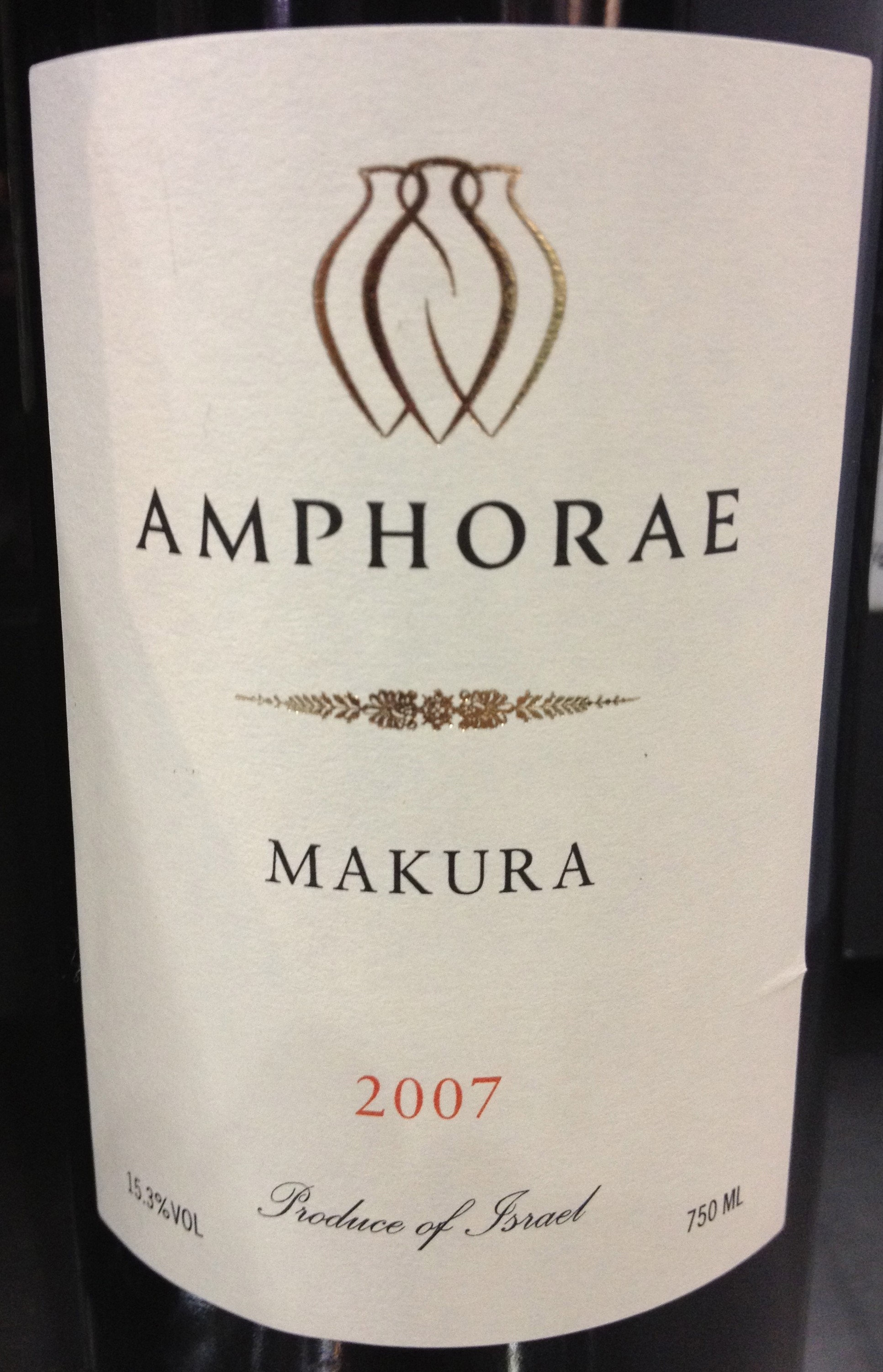 First Makura, a blend of Cabernet Sauvignon, Merlot and Syrah was the highest in alcohol (15.3%) adding the power to the wine. Very concentrated red and dark fruit with velvety tannins offset the alcohol. In this vintage the Syrah is the most prevalent from all the grapes in it and it shows on the nose with a seductive smell of violets. Aging in new French oak barrels for 36 months helps to round up the wine so it is well mature when released. Long finish with sweet pinch makes it highlly enjoyable wine to be drunk on its own or with rich dishes and meat.
Makura Merlot Barbera, where Merlot dominates and Barvera adds natural acidity so no tartaric acid is needed as aditive. The wine indeed had the highest acidity from all I have tasted from Apmphorae (7.05 g/l). Again the wine was aged for 36 months in French oak barrels, most of it new. Black currant on the nose shows off the fruit and proves that there is still lots of fruit flavor left in the wine matured for so long time in barrels. It is fresh (acidity), fruity and has a robust and round body.
Makura Cabernet Sauvignon is according to the winemaker the Amphorae’s best wine. He said about this wine: “It is like a child – beautiful and strong.” Beauty is a subjective feeling, but I definitely agree with the strength I see in all of his wines. The grapes for this wine come from high-altitude Jerusalem Hills (900m) and Manara (650m) assuring freshness and the right ripeness of these grapes. Again aged in new French oak barrels for 36 months and 12 months in the bottle prepares this big wine for the palates of drinkers. High concentration of fruit, high acidity and refreshing tannins do not  predict a shy wine. It is a big boy who likes coffee accompanied with earthy aromas.
Rhyton is the winery’s second wine. The winemaker was a bit hesitant about it, but there was no reason. It was not as good as the Makura wines, but surely cheaper and enjoyable. It can be consumed as soon as it leaves the winery after 24 months old in oak barrels and 10 months bottle aging. The 2008 vintage had quite tight tannins disclosing the need for longer oak aging for the Amphorae wines as that could round them up. It is juicy with fresh black currant taste, A slight sourness and dry finish call for some food to be eaten with it. I would go for something less sour and acidic and rather a delicate or meaty dish.
Overall, I was positively surprised by these Israeli wines. Always in search for something new and unexpected, my craving has been sated. 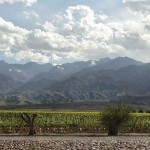 Gallery image with caption: Michel Rolland and the patrons of Clos de los Siete in Argentina 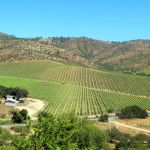 Gallery image with caption: Riesling and its journey from Germany to the New World