From Jancis Robinson (MW, OBE and perhaps the most famous female British wine critic) to the wine bars, retailers and participating restaurants in the UK, they all are talking about German Riesling this month. The main reason is the nation-wide campaign 31 days of German Riesling organized by the Wines of Germany. 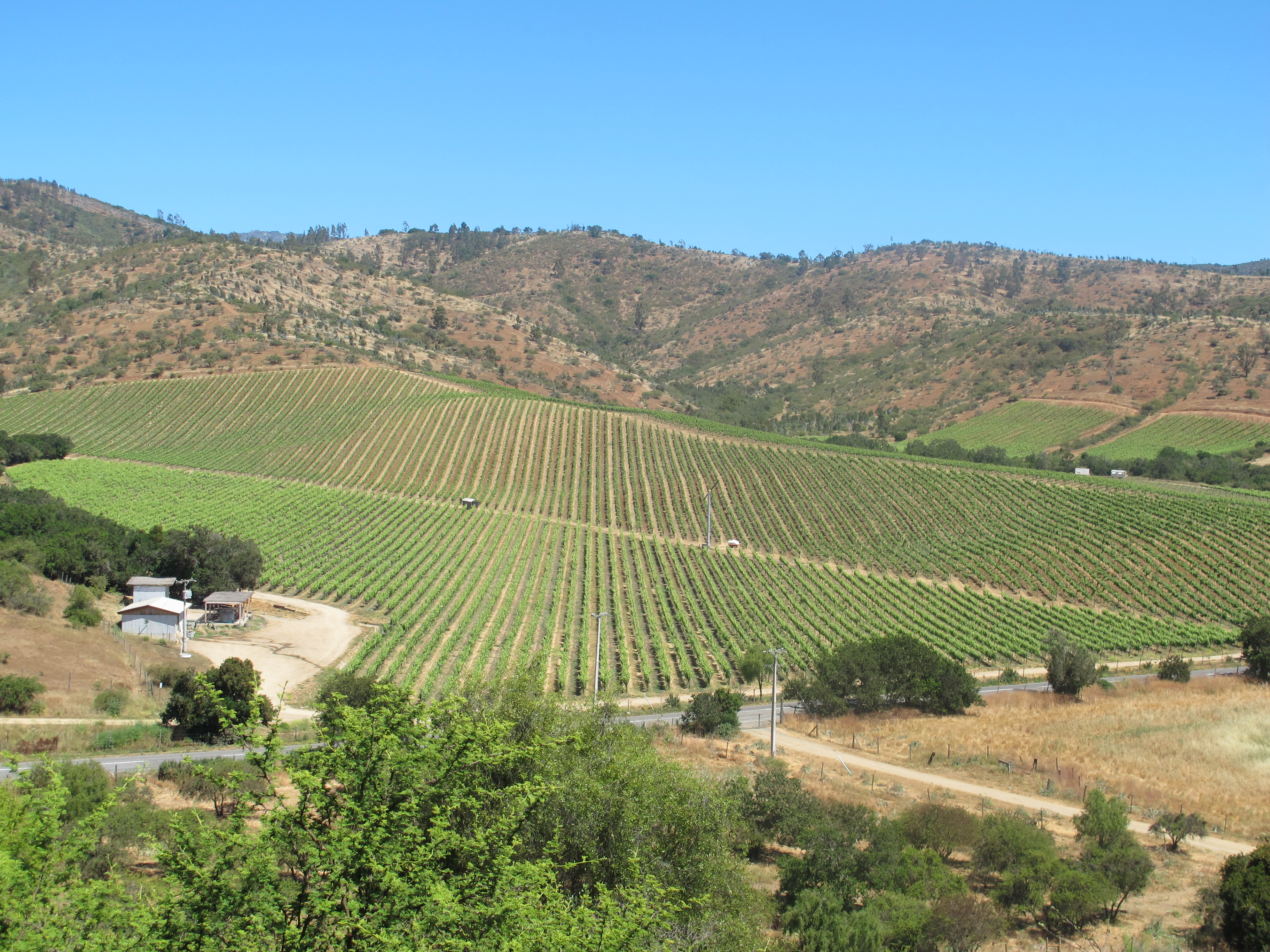 In Germany Riesling is the most planted grape varietal (60% of the world’s vineyards with Riesling are in Germany). In total 22.601 ha are planted with Riesling. The region of Pfalz is leading the suite with over 5.000 ha.
There are thousands of producers with their distinct approaches to winemaking as well as different terroir from a region to region. (Sometimes even from a hectar to hectar when all aspects of terroir are considered.)

The varietal’s advantage in general is a lower alcohol level, often less than 10 %, which is far from the muscular Chardonnay reaching 15 % and more mainly in some of the New World wines. It is light, refreshing and offering zesty acidic fruit profile from a lemon and apple aromas to an exotic banana. They are known as food friendly wines enhancing the spicy, sweet-and-sour dishes from Asia (Chinese, Thai, Malay, Singaporean, …), but also they can be drunk on their own. In particular the now increasingly popular less dry and lighter styles.

What is confusing about the wines in Germany though is their classification called Pradikat. Eva Fricke said: “The Pradikat system doesn’t make sense as nobody really understands it!” So why then, the Germans want to confuse their customers? It will be interesting to watch how the situation over the classification evolves over time. Perhaps, with more criticism from the big voices in the wine industry, it will be once simplified. 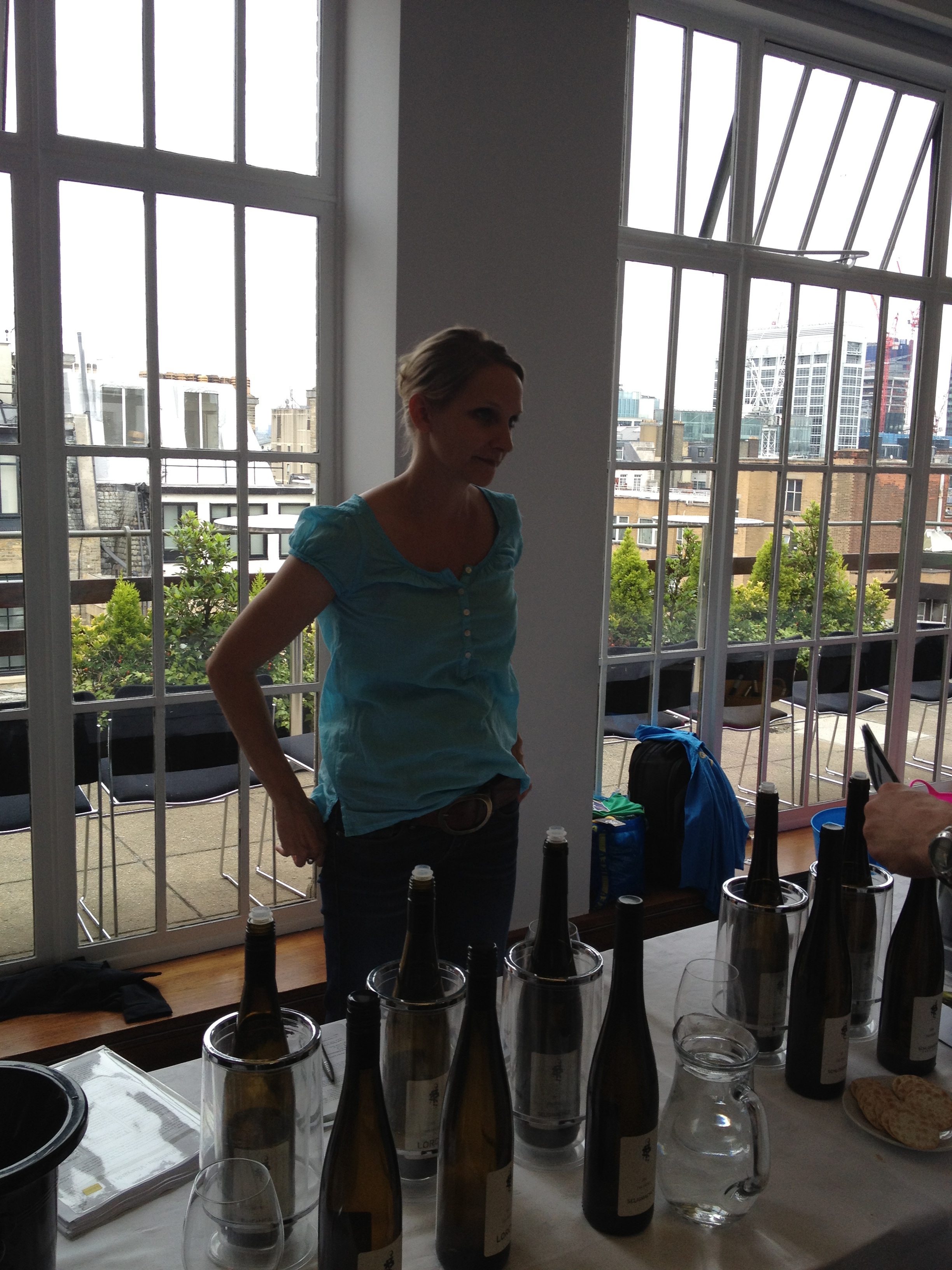 From the producers one of the most famous ones is Dr. Loosen in Mosel. I have attended a tasting and seminar about the German terroir with Ernie Loosen recently, so you can look at my notes.
These days though also a young breed of thoughtful wine makers is flourishing. Some of them are doing a great job with Riesling. One of them is Eva Fricke, a very friendly, open-minded, knowledgeable and opinionated talent producing outstanding wines. To my surprise I liked all of the five wines I have tried from her. She owns some land but she also buys grapes from other vineyards. Despite the established bone-dry wine seeking trends in our modern age, the German sweet wines challenge it with their excellency and Ms Fricke is aware of that as she is making a number of sweeter wines.

Lorchhauser Selingmacher Riesling GbA 2011 – Premier Cru – with a sugar level as high as 11.9 g/l it is an off-dry wine luckily compensating the sweetness well with sufficiently high acidity (7.5g/l). The mineral palate with salty character has a slight fruity touch and a long aftertaste with dominant lime zest.
Lorcher Schlossberg Riesling QbA 2011 – Grand Cru is slightly more sweet than the previous sample (23g/l sugar), yet its spicy nose and finish with mineral palate refreshing with a touch of grapefruit covers the sugar up and creates a joyful wine.
Much sweeter is Lorcher Schlossberg Riesling Spatlese 201o with 77g/l sugar and 9.6g/l acidity this is a different sort of wine. High acidity (9.8g/l) balances the otherwise sirupy texture. Full of fruit from banana to quince this could be a lovely desert on its own but also a great companion to fresh goat cheese or a foie gras. 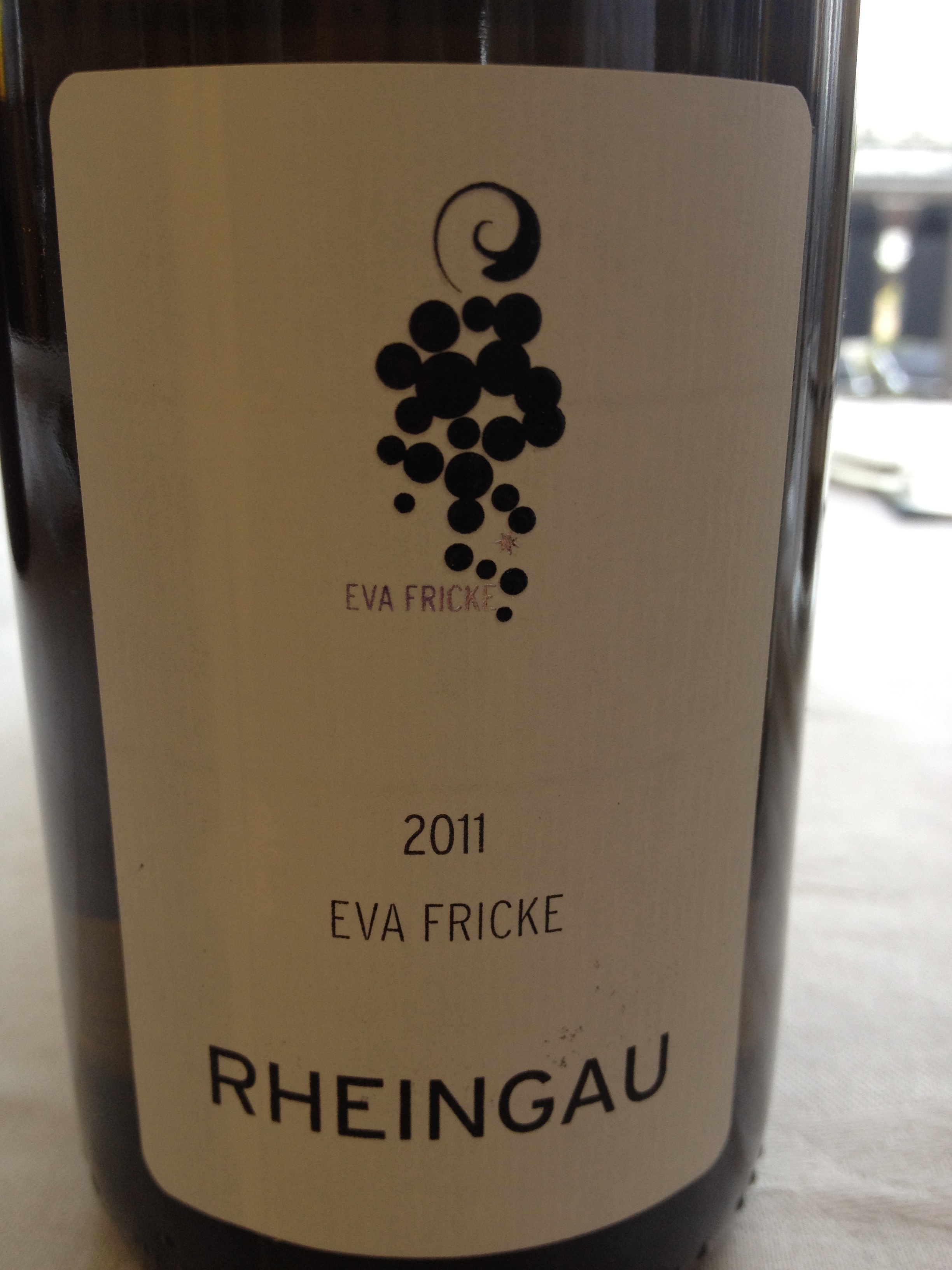 From the male young wine experts, I have encountered Jan Klein. He is a very open and friendly man and his wines show it. His dry wines are fruity and often show apple flavors. Currently, he produces wines for the family winery Staffelter Hof in Mosel.

Krov Steffensberg Spatlese 2011 was my favorite. It is a sweet wine (sugar: 79.8g/l) with stewed pear and fruit pie on the nose and a multilayered palate. The pear dominates the palate at the beginning, but later it turns to a slightly bitter almond and finishes with tingle on your tongue. What an intriguing wine!
From his dry samples the Dhron Hofberger GeGe 2011 was pleasantly fruity with lemon and an exotic banana, making it a tasty aperitif as well as a good wine with chicken and other white poultry dishes. 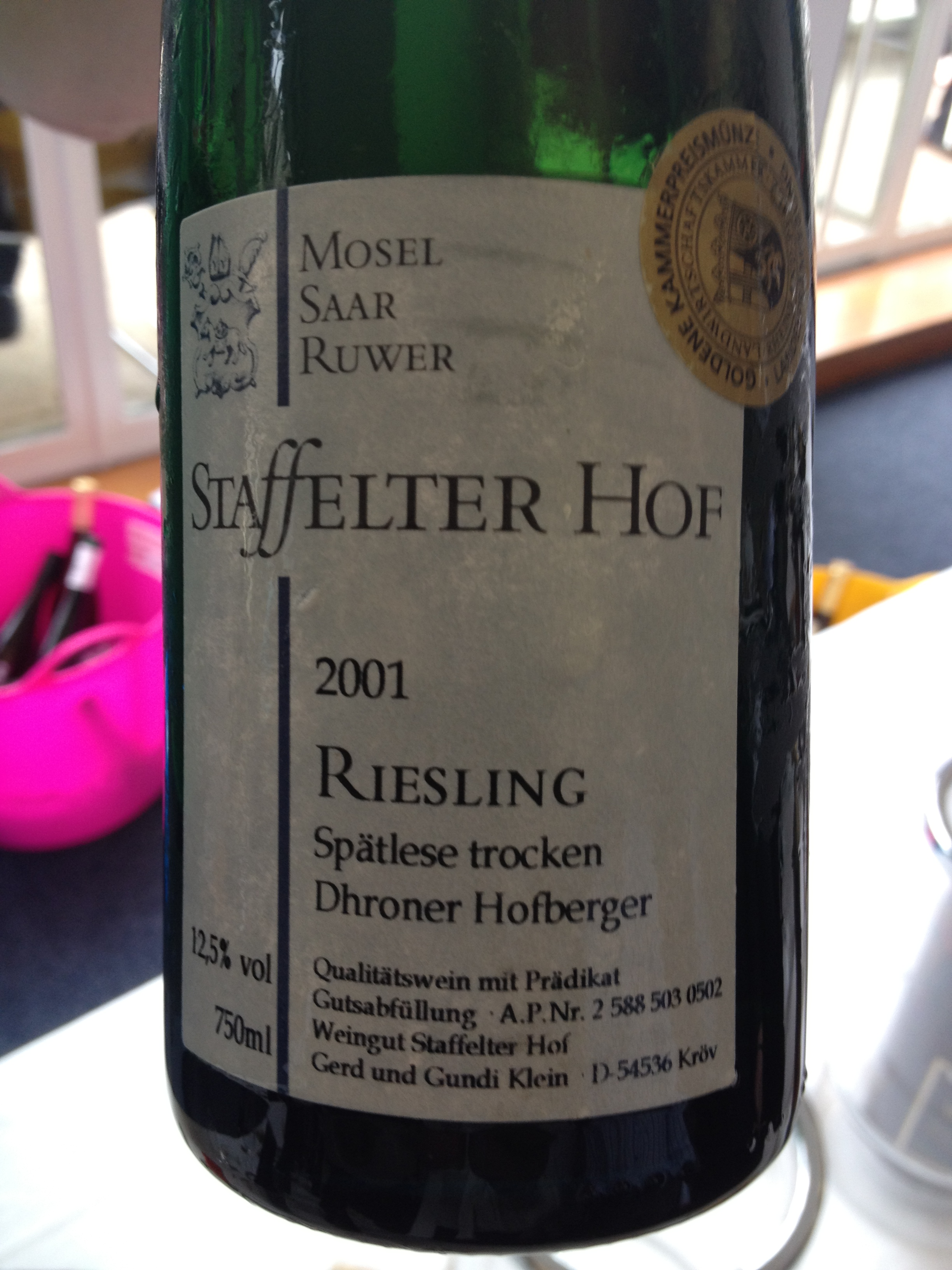 My first encounter with Weingut Albert Kallfelz GbR also from the Mosel region was unexpectedly tasty. Their Merler Stephansberg Riesling Spatlese Trocken 2011 had a very mineral nose with saltines attached to it. I was enchanted by the wine’s taste. First sensing the mineral stones and a bit of warm spices, then moving to layers of apricot and cherry and then just its long aftertaste which lasted for eternity. Perhaps it was the grey slate in the soil that made wonders with this Riesling.

Riesling on the rise globally

As much as the Germans may try though, there are other countries where Riesling finds its great expression. Perhaps the most famous, yet often overlooked, is the Alsace region in the East of France, where this grape is one of the five noble varietals grown. Its characteristic petrol tones in some of them enchant an array of wine connoisseurs.
Producers such as Albert Mann, Josmeyer, Hugel, Domaine Weinbach, Domaines Schlumberger, … they all make excellent Grand Cru Rieslings.
Another Germany’s neighbor – Austria – produces excellent Rieslings in the Wachau Valley. Prager, FX Pichler, Jamek and many others make spectacular often sweet-inclining Rieslings.
The New World does not stay behind though. During my trip to Washington state I have tried some magnificent Rieslings at Chateau St. Michele and its neighboring Oregon also plants some promising Riesling.
During a wine dinner organized by an excellent kiwi chef Peter Gordon I have encountered some promising fruity yet steely mineral samples from New Zealand. 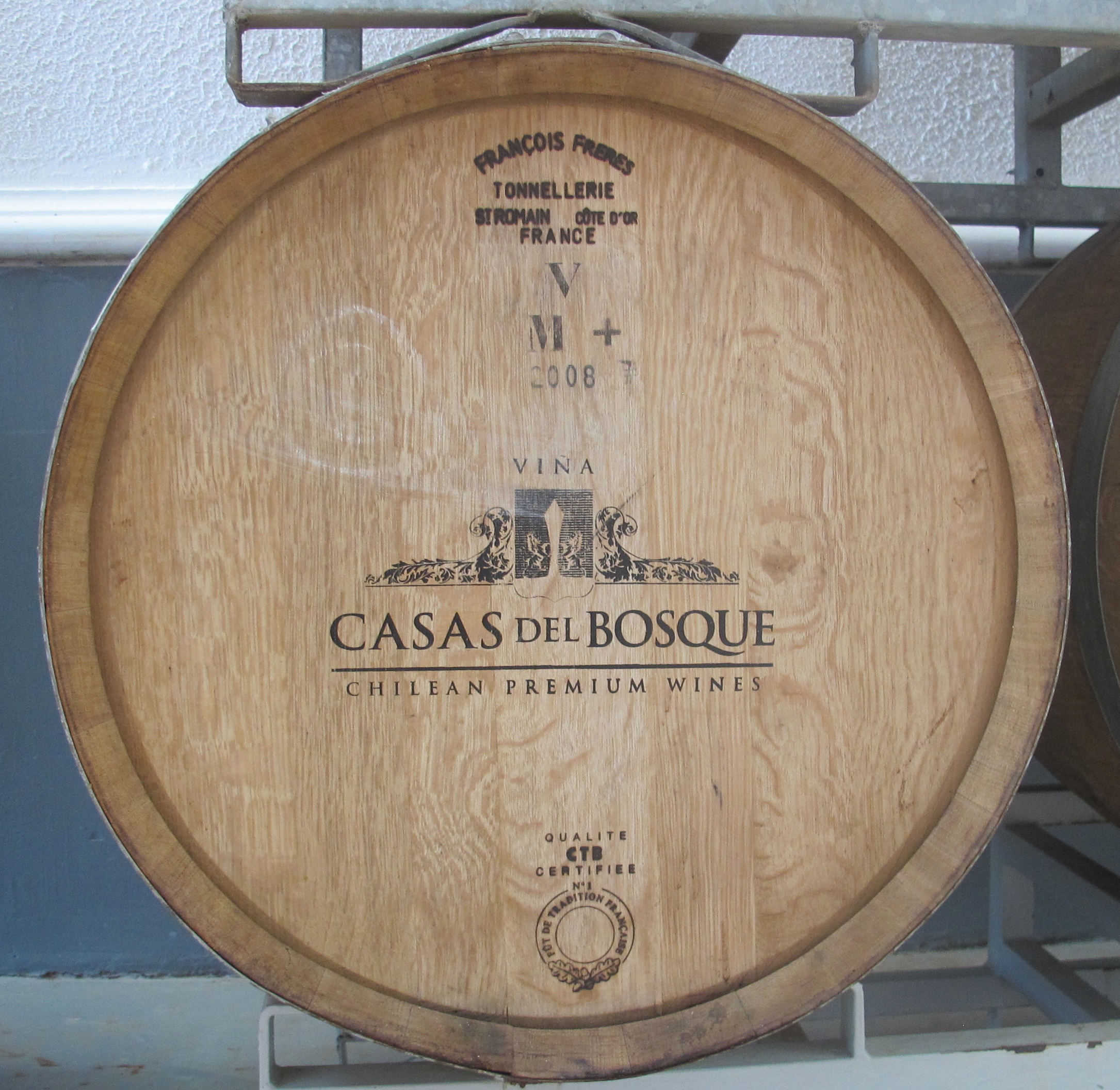 Australia and in South America also Chile steered into Riesling plantations and there are some good results coming from it. The cheep majority of the Australian Rieslings can be quite boring with their simplicity. These are more appealing to the lower-end market looking for quantity rather than quality in the bottle. There are some intrepid Aussie producers making difference with their Riesling production. One of them is Grosset in the Clare Valley. The organic Polish Hill Riesling made by Jeffrey Grosset strikes you with mineral backbone, bright acidity, and a good aromatic volume. Grosset is internationally recognised as one of the ‘Top 10 White Winemakers’ by the Uk-based Decanter magazine and as one of the ‘50 Most Influential Winemakers’ by the US publication Wine & Spirits.
In Chile the Rieslings are higher in alcohol and have a fuller body than its European counterparts. Casa Marin, Cono Sur, Emiliana, Casas del Bosque and others grow aromatic Riesling in cooler regions of Chile (Casablanca Valley, Bio-Bio). 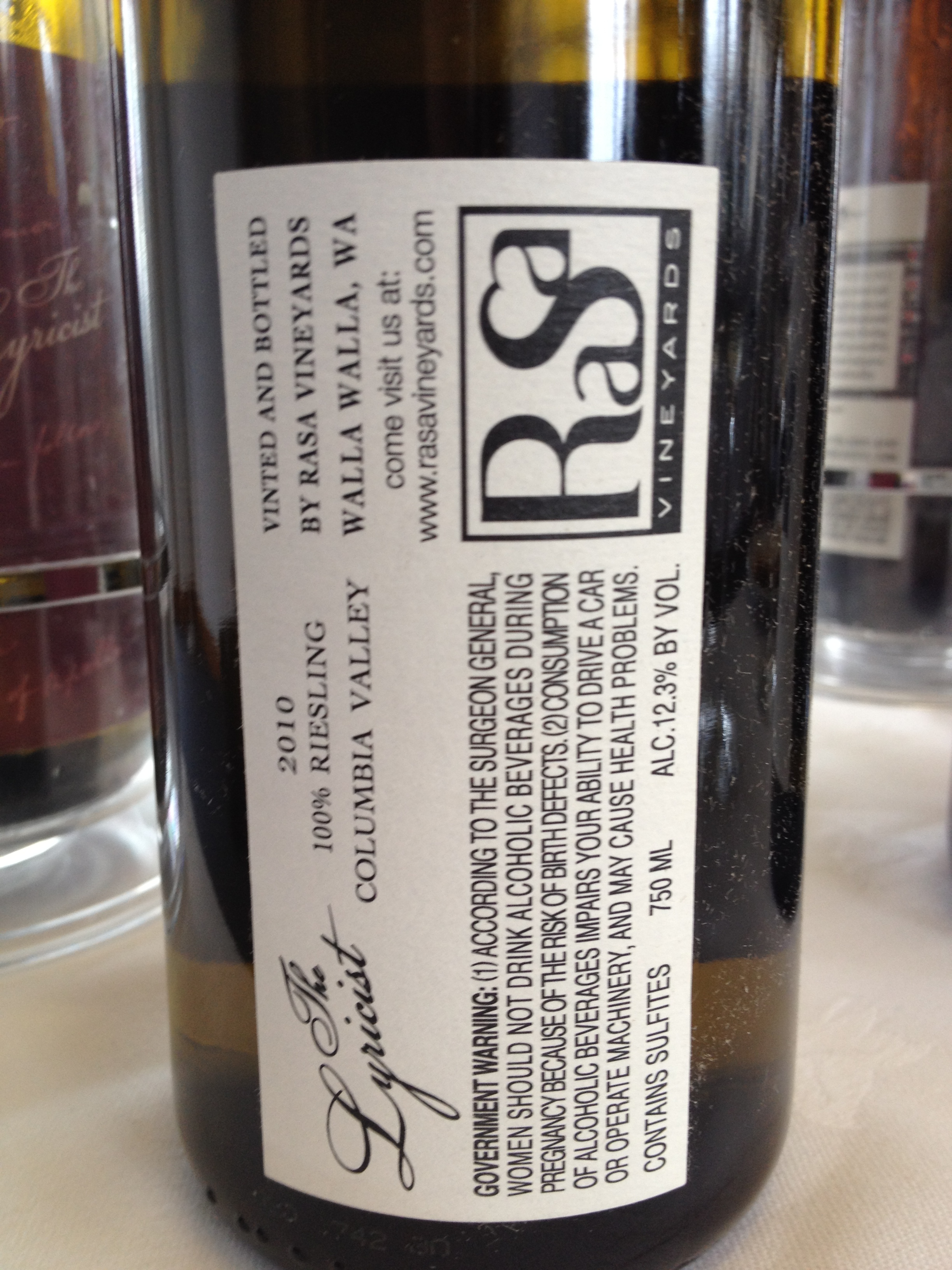 On a recent Riesling tasting in London I was disappointed by most of the other-then-German samples, yet the event was organised by the Wines of Germany, and they know their region better so they could select more intriguing wines.
There were some exceptions though. For example the Rasa Vineyards from the Columbia Valley in the US Washington State was a very surprising Riesling with great acidity showing off citrus fruits and freshness. While being made from 44% of Botrytised grapes it was not too sweet on the palate and showed peachy Auslese style flavors.
At the end, it is not only Chardonnay in the white wines domain that is finding its new home in the diverse world’s vineyards, but also the more fruit expressive Riesling is joining its already expansive suite.
I have not listed all the Riesling producing countries as it would turn into a book instead of a concise overview of the world’s Riesling. However, if you feel that I have left out something significant, do not hesitate to add your suggestions to the comments below.