Listening to the continuous hum of cicadas and sipping on your wine is a dream-come-true for many stressed citizens of the modern world. Here you can dress up, unwind and savor the calm. 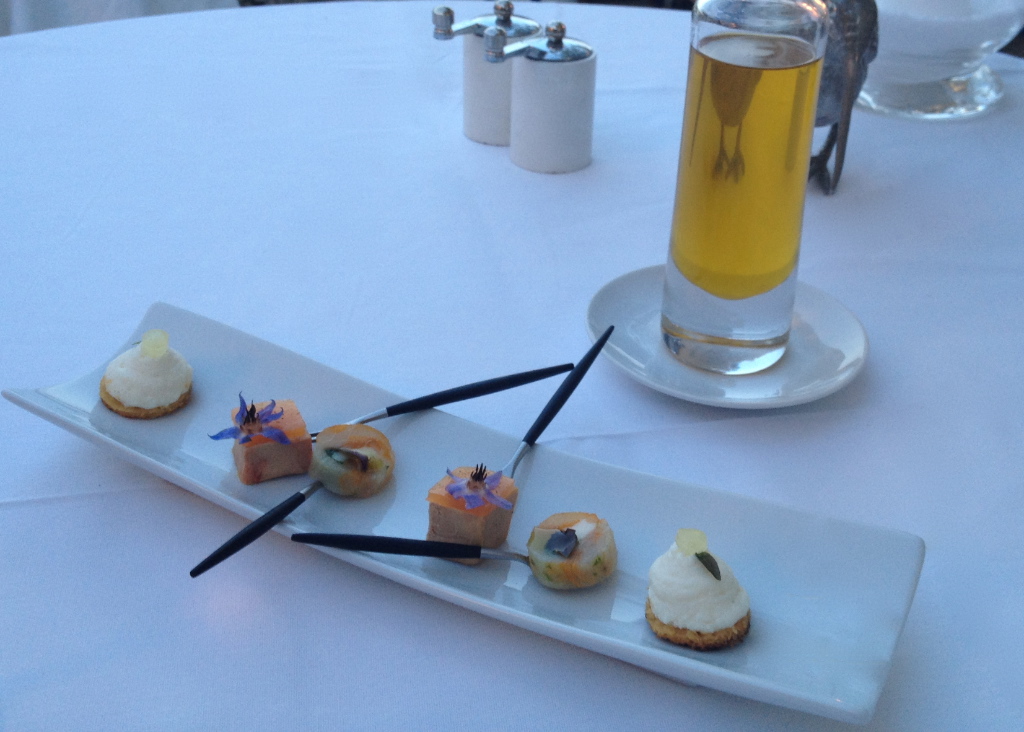 The chef at Le Phébus Xavier Mathieu seasonally reinvents the Mediterranean cuisine. Textures, colors, and nature are his inspiration to recreate the old provençal recipes he knew since he was a child. He was awarded one Michelin star and is an author of a cookbook called “Provence Voyage Culinaire” (“Culinary voyage through Provence”). 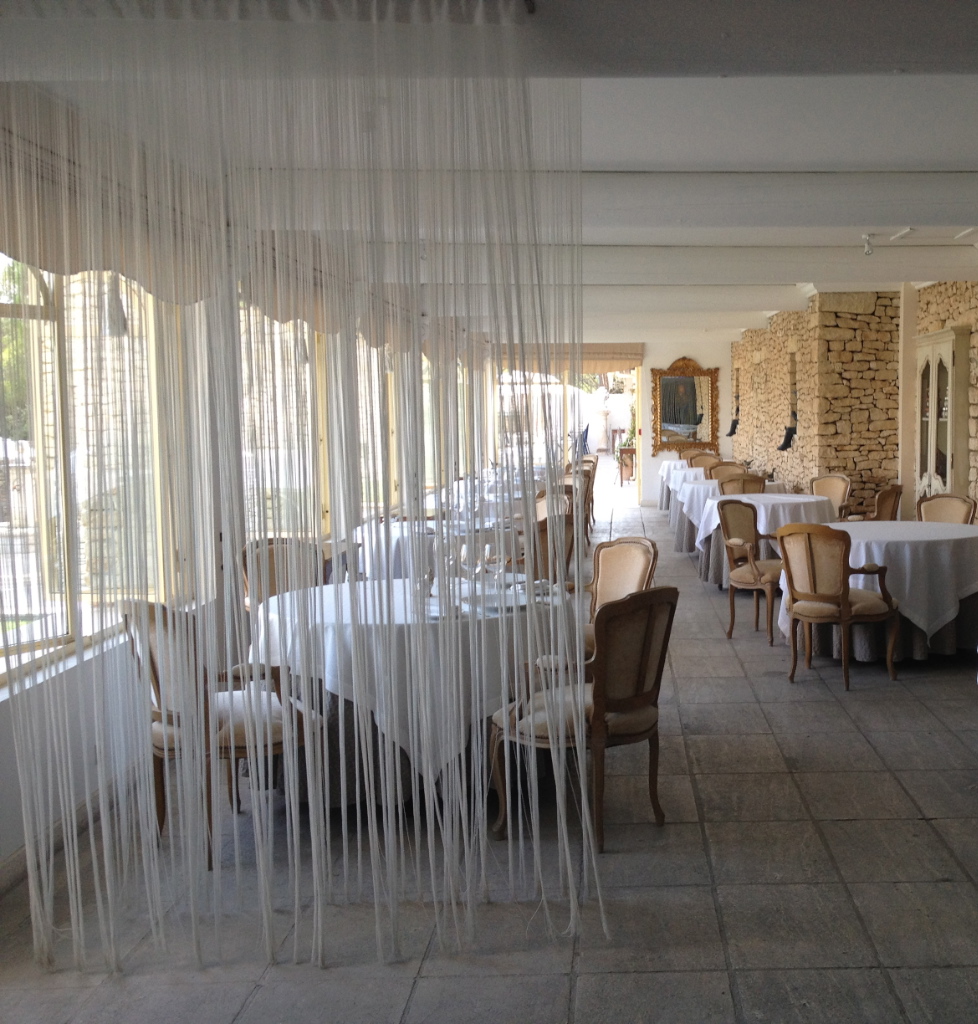 Atmosphere: The restaurant is located at a tranquil Hostellerie Le Phébus. This luxurious hotel is a member of the high-end Relais Chateaux group. During the summer, most guests prefer dining outside at a spacious terrace. The views from here are soothing and the water running from the fountain in the garden has a meditative effect on your senses. It is a great romantic spot for couples as well as a calming retreat for busy city dwellers. Listening to the continuous hum of cicadas and sipping on your wine is a dream-come-true for many stressed citizens of the modern world. Here you can dress up, unwind and savor the calm.
Food: Creative, good-looking, but lacking original, enjoyable and engaging flavors. For me as well for my dining partner the food was quite bland and boring. The only reward was the final cheese plate we each selected from a luscious cheese board. 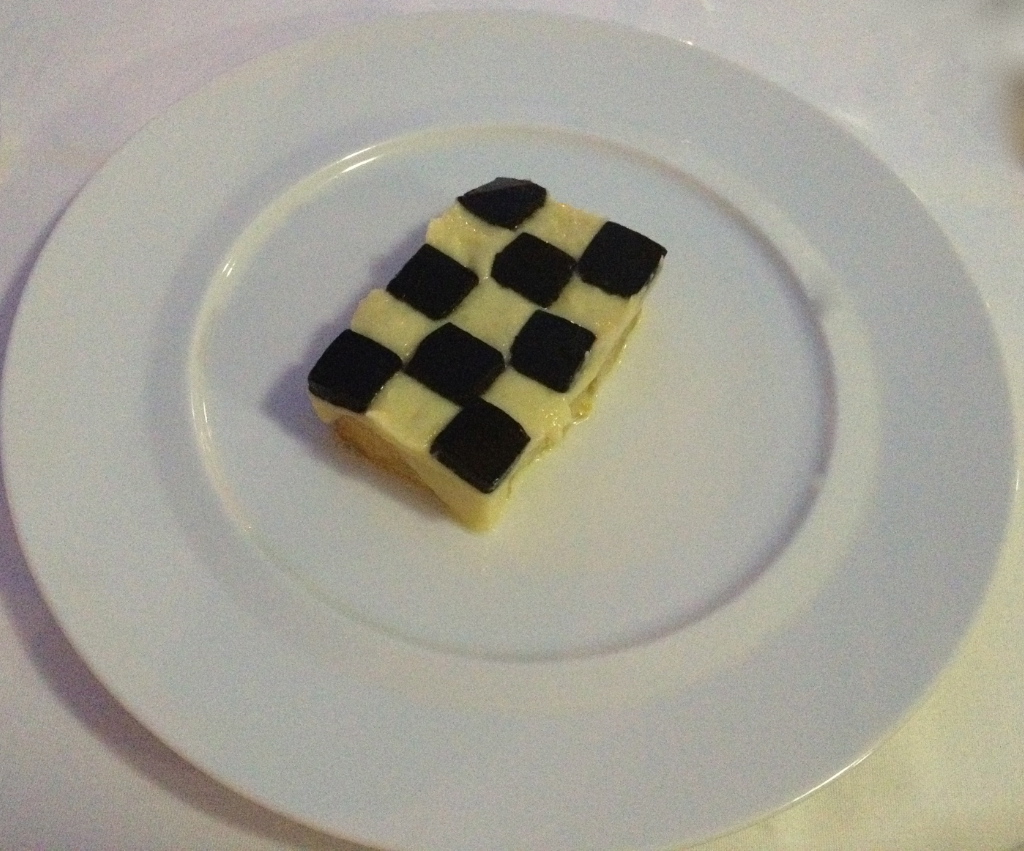 I had selected an appetizer from the chef’s special menu called “Mon histoire, ma vie” (My history, my life). The Brandado vo gangasso, morue aux poireaux de Mémé Rose, pavé mosaïque looked artistic and was good. However sophisticated was the name, though, the Salted cod fish with Mémé Rose viennoise leek tasted more like a dish I would get at a basic tapas bar or a brasserie for a fifth of the price. It was just salty and that was it, I could not find many other flavors in this dish.
Another rich yet boring starter was the Cold crayfish “vichyssoise” soup with potatoes and fennel. It was not bad, just not as interesting as one would imagine for a Michelin star restaurant.

The main courses were not much of an upgrade. Again they looked interesting, but there was not much substance under the cover as they were just good enough to eat, but many would not return to try them again.
The Adobo Provençau, Joue et queue de bœuf aux carottes, miel, moutarde de betterave et baies de genévrier or Cheek and beef tail with carrots, honey, beets mustard and juniper berries was far from being a grandmother’s meal as well as far from bursting with complex flavors. 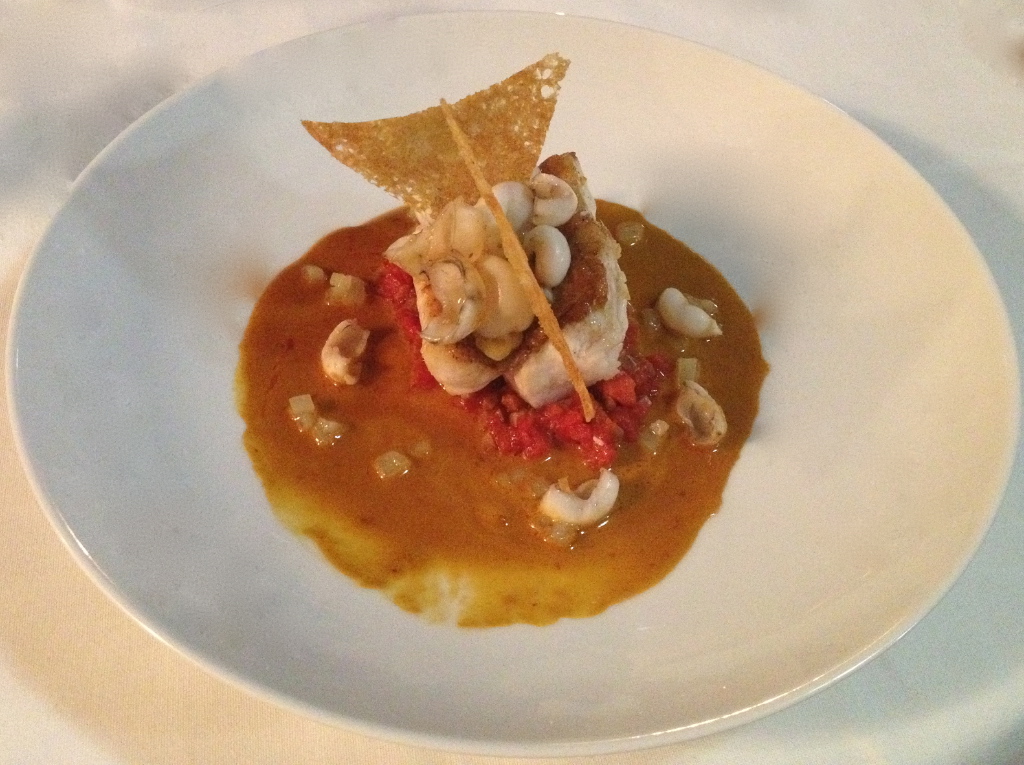 I liked the Roasted scorpion fish, tomatoes, squid and garlic “bourride” with Espelette red pepper the most, although I would not serve it with the chewy squids. The sauce was rich and the peppers juicy adding flavor to the sauce-friendly scorpion fish. The same fish is often used in France in the Bouillabaisse soup.
Finally, as we saw the cheese trolley, we had not been able to resist and each picked goat, sheep and cow cheese. They were all in great shape and excellent cheeses. I would say a highlight of the dinner.
We did not trust the menu anymore, so we did not order any desserts. We were more curious about the petit fours trolley. It was fun as we selected candies, cookies and marshmallows to go with our tea at the end of the dinner. I had to order my favorite verveine infusion (verbena) so popular in this part of France. This herbal leafy tisane has a soft citrus aroma, yet it is soothing after dinner.
Cuisine: French gastronomic
Price: high (appetizers around €30; mains well above €30)
Drinks: The French wine list entails many low production wineries from the region. On the sommelier’s suggestion, we got a bottle of elegant red wine from Domaine Hauvette 2004 vintage. It was not cheap. At €122 per a bottle it was not a bargain, but it satisfied my highly selective palate as most of the top Bordeaux would have at a much higher price at a restaurant. There are champagnes, white, rosé and red wine by the glass as well as digestives such as Porto and aperitifs such as the local scary (at least for me) green Pastis.
In the season open daily for dinner, closed on Tuesday, Wednesday and Thursday for lunch.
+33(0) 4 90 05 78 83
Route de Murs; Joucas; 84220 Gordes; France