„Tea is wings of imagination, lifting people above the mundane world while remaining clear minded, getting people nearer wisdom rather than loosing sanity.“

The Chinese author Liu Tong focuses on Chinese tea and history of tea from its early buds in China four to five thousand years ago. He mentions many of the historically important Chinese personalities, who wrote about tea – from the first „Book of tea“ by Lu Yu to a celebrated princess who was credited with spreading tea from China via Tibet. Later, he looks at the diverse teas found across China and highlights the unique properties of each Chinese Tea. He also introduces tea utensils used in China for ceremonial purpose as well as for the daily drinking. Liu Tong points towards the use of a simple transparent thick glass cup being more common for majority of the Chinese population not affluent enough to buy the expensive white China porcelain known to the Westerners. 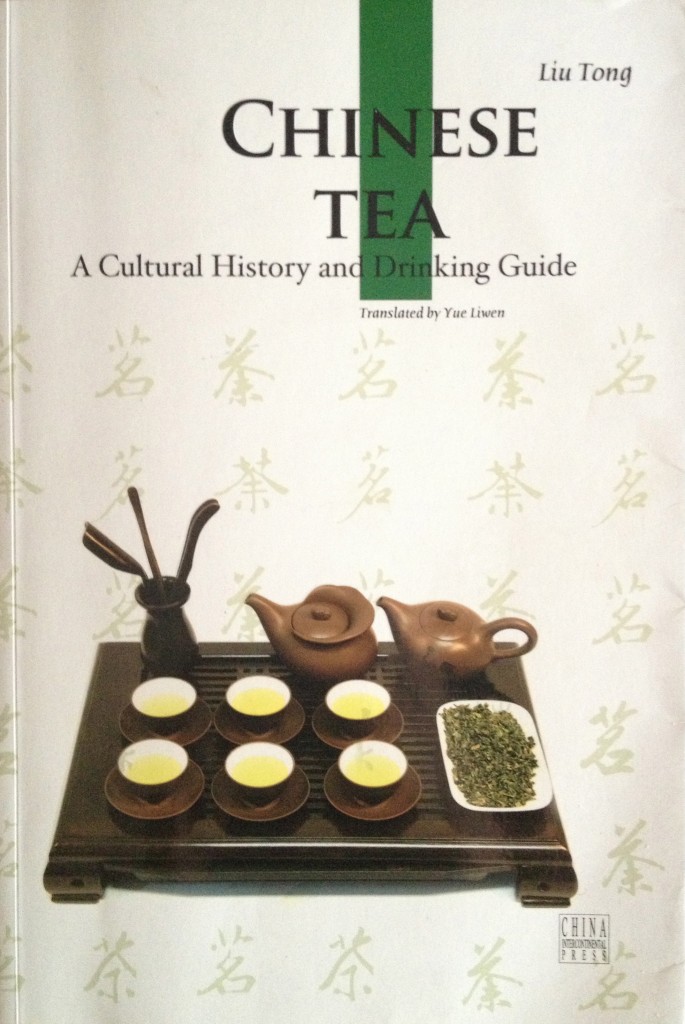 The author distinguishes tea from other mind-altering substances such as alcohol and drugs as he writes:
„Tea is wings of imagination, lifting people above the mundane world while remaining clear minded, getting people nearer wisdom rather than loosing sanity.“
But he also writes about older writings considering the relationship between wine and tea: 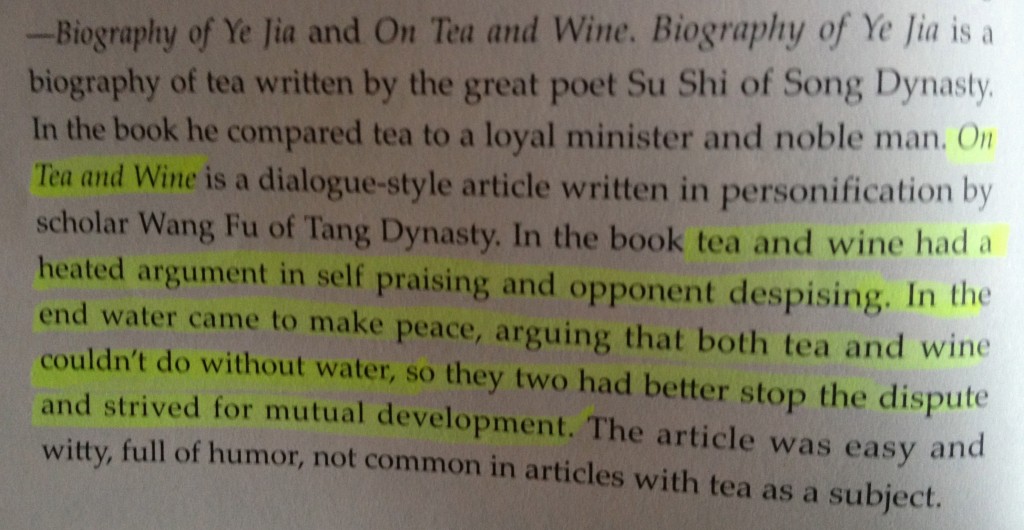 Liu Tong completes the book with interesting tea drinking customs of the Chinese minorities. For example the Hakka of Hunan, Jiangxi, Fujian and Guangdong provinces, mash tea in a pottery mortar with peanuts, soy, corn, sesame and ginger. The preference of Guangdong people for „morning tea“, that is nevertheless consumed at any point of the day, but what is distinguishing are the small dishes served with the tea. From dumplings to pork buns many regionally specific savoury snacks are served with this tea serving as a lunch for many of its consumers. Perhaps the „morning tea“ is the predecessor of the English Afternoon Tea, who knows?
Tibetan penchant for „buttered tea“ served as an energy and health fending drink in the harsh high-mountain climate tea’s geographical versatility.
I bought the second edition published in 2010 at the Hong-Kong tea Museum.