The East India Company was once the biggest company in the world with a monopoly in foreign trade across all the British colonies (in the East from India to Singapore to West Indies). Created in England in 1600 through Royal Charter granted by Queen Elizabeth I. overtime it became de facto an independent imperial power with its own army, policies and even currency and governance. Overlooking some its unflattering historical influences, the Company was one of the first to introduce the English palate to spices and the world’s best teas, established global trade routes and elevated great tea producing regions (mainly in India). The East India Company brought back home tea, coffee, speciality sugars, salts and chocolates. 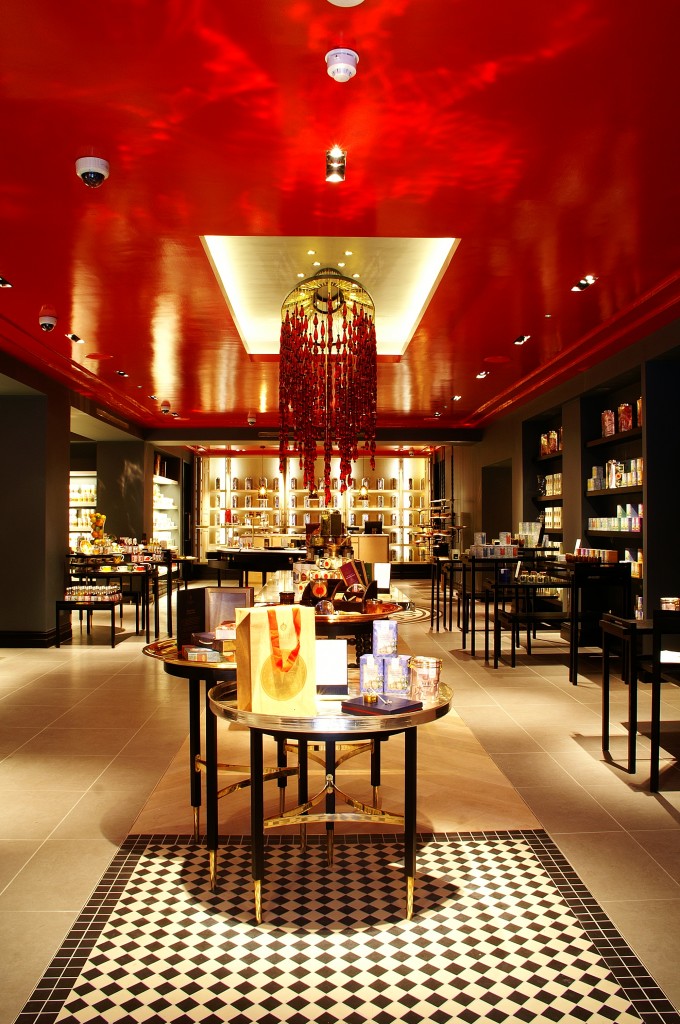 Tea and the queens

The company placed its first tea order in 1664, long after its foundation and far not the first to import tea to Britain, yet its esteem between the English high society had surely contributed to an increased desire for the products it imported to the country. Tea was becoming very popular between the upper classes and royalty in Europe and it was the Portuguese princess Catharine of Braganza, the wife of the British king Charles II., who made tea attractive and fashionable. She was also the first tea-drinking queen of England. After taxes were lowered on luxurious goods (tea, coffee and cocoa including), these delicacies became also accessible to a wider public. 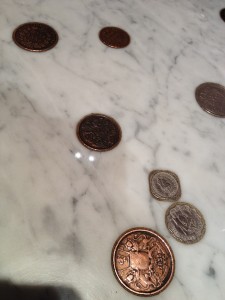 The company stirred the wheels of history a number of times. Perhaps, the most famous was the Boston Tea party on December 16, 1773. After officials in Boston refused to return three East India Company shiploads of taxed tea to Britain, a group of colonists dressed as native Americans boarded the ships and threw all the tea into Boston Harbour. The North America-based colonists objected to the Tea Act imposing taxes on tea imported to America because they believed that it violated their right to be taxed only by their own selected representatives. In the name of Liberty the Boston Tea Party became the tipping point leading to the war for Independence of America on Britain. To commemorate this event the history buffs can savour the Boston Tea Party Blend.

It ceased its operations in 1875 together with the colonial system being shattered. After 135 years of inactivity, in 2010 it was once again reborn through the efforts of one wealthy Indian businessman, for whom this colonial power evoking institution is very personal. His mission to continue its legacy in importing a wide range of the highest quality goods and offering them to distinguished palates of today’s both less as well as well-travelled gourmands is year after year becoming close to its fulfilment. 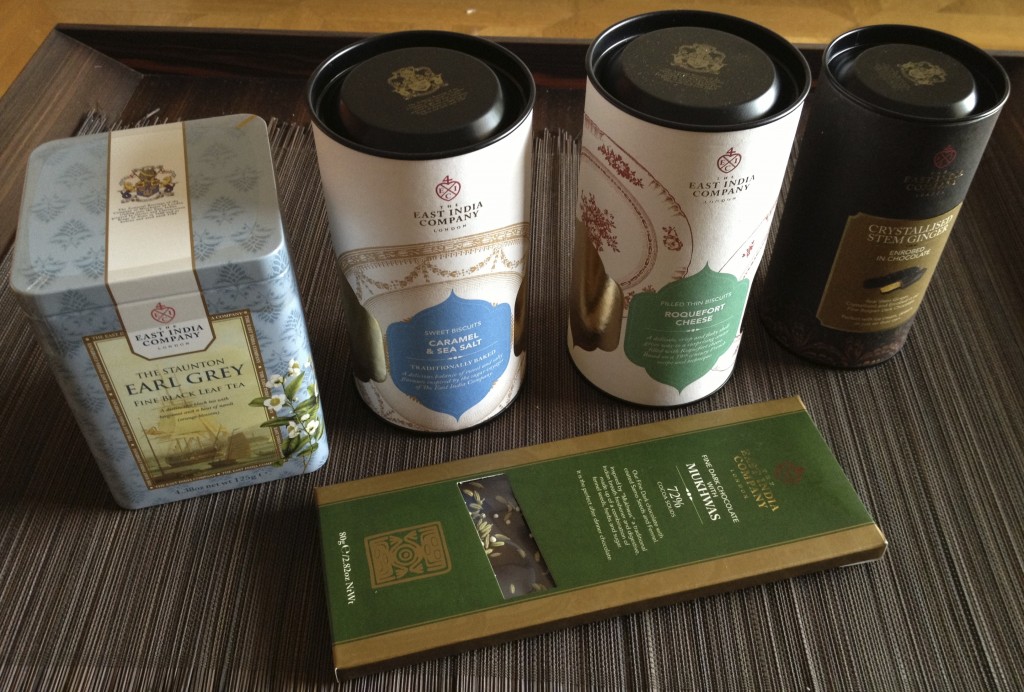 Today, the company stocks over 120 authentic, seasonal, rare and exclusive teas, coffees and other epicurean delights made according to traditional recipes such as: 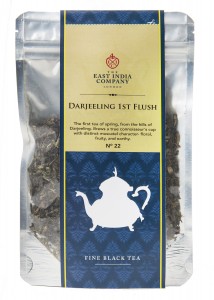 The Company prides itself in having a direct relationship with the tea estates it works with, so its teas are some of the freshest teas available as they arrive in its flagship store and online just 28 days after the leaves have been picked on the tea estates.
The Company’s signature green tea is The Joseph Clarks Gunpowder tea, for the black teas it is The Staunton Earl Grey, the Royal Breakfast Tea, its Darjeeling teas (First, Second and Autumn flush), Assam, and the Blend 63 of a green tea with jasmine and mandarin oils.
The Staunton Earl Grey with Butter Shortbread & Clotted Cream Biscuits – authentic Chinese recipe with Neroli Oil – version of this tea invented by Sir George Staunton, an officer of The East India Company.
Royal Breakfast tea ideally drunk with Twelve Spice biscuits.  This original full-bodied English breakfast tea is blended to provide a rich, robust tea that compliments a hearty English breakfast. Its Royal name is in celebration of the moment The East India Company gifted tea to King Charles II upon returning ships from the long journeys. 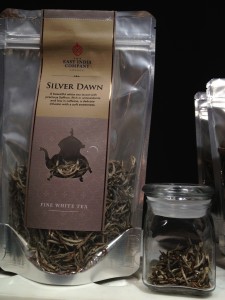 Ceylon White Teas such as the Golden Tips, Silver Cloud, Silver Dawn white tea with saffron, black teas such as the Darjeeling First Flush a fine tippy golden flowery orange pekoe grade, Pedro Orange Pekoe – one of the finest tea producing provinces in Ceylon, Ceylon Uva – ShawlandsEstate – A bright yet delicate tea which is a result of the “Kachaan” winds that blow over the fields in the months of July and August, Assam Second Flush – with a golden tip in the leaf; and many others. 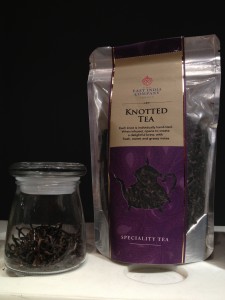 Exclusive specialities are:
Knotted Tea: This one-of-a-kind tea is created by meticulously hand-knotting silvery tea stems, and then oven-drying at a mild temperature in order to retain its shape and preserve its purity as a white tea. When infused, the little knots open up to create a magnificent cup of tea. The flavour is subtle, sweet and classic.
Hawaiian Makai Black: There are only two kilos of this tea available. It is grown on coastal regions of the island at an altitude of 900 feet above sea level creating a sparkling amber liquor with delicate flavours of roasted barley and caramel.
They also have the popular green, white, jasmine, oolong and black teas from China (Dragonwell Lung Ching, Silver Needle white tea, Jasmine Pearls, Taiwan (Blue teas) and teas from Japan (Sencha).
Located at a London’s prestigious and central address in Mayfair it is easily accessible to most visitors and locals who get to taste the goods from the far-flung countries. The new fine food store offers food gifts, gourmet food from artisan suppliers and luxuries such as rare coffee, tea and chocolate influenced by global tastes, cultures and traditions.
Address: 7-8 Conduit St, London W1S 2XF, United Kingdom
Contact: Tel: +44 (0) 203 205 3395
Opening hours: Mon-Sat: 10am – 7pm, Sun: 12pm – 6pm.