As flowery as the name of this two Michelin stared restaurant sounds, HIBISCUS, the eye-catching plant known as flor de Jamaica in Mexico and originating in warm and tropical areas, serves bold and daring dishes.
Hibiscus is also a national flower of Korea, Malaysia and Puerto Rico, thus bearing a flagship character was not novel to its founder and awarded chef Claude Bosi, when he chose this name for his restaurant originally based in Ludlow, a quite small town in England. After a two Michelin star fanfare it received there, the chef moved Hibiscus  in 2007 to the most prestigious address in the UK – to Mayfair, and there it rests today. 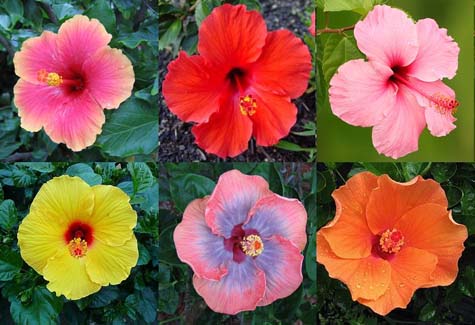 Cuisine: Modern bold gastronomic using French techniques and local British ingredients .
The chef Claude Bosi comes from Lyon, the gastronomic capital of France, where his admiration of artisanal high quality raw produce originated and later made him falling in love with the UK, where the independent farmers and artisans pride in upholding the high standards of their harvest as well as well-fed animals. 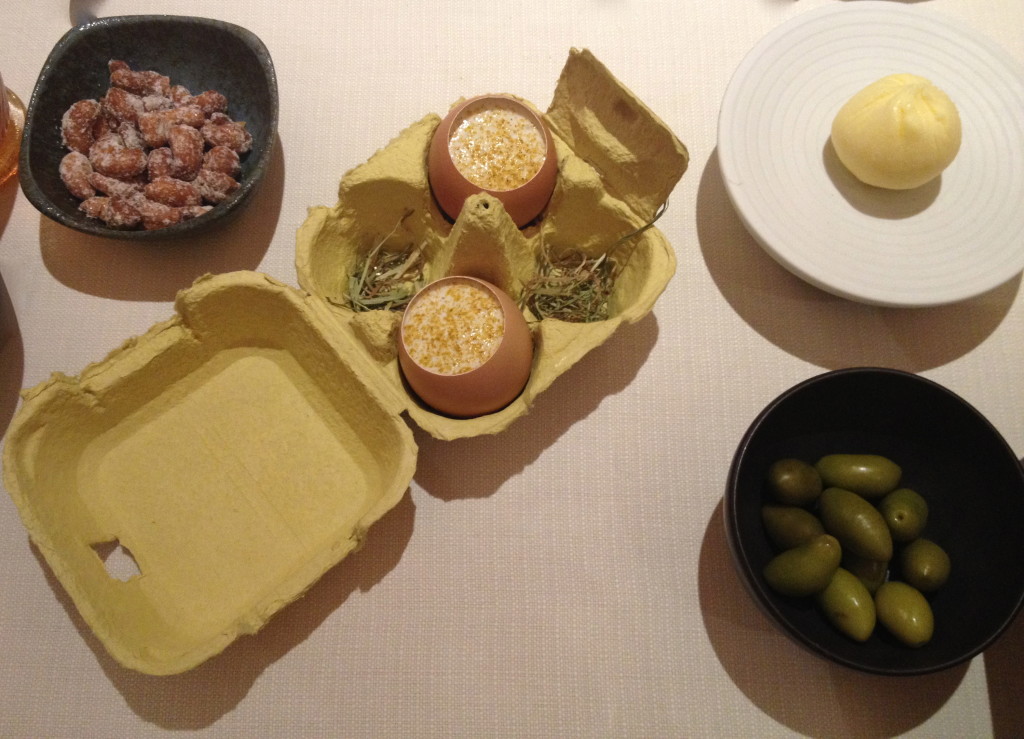 Although hibiscus [the plant] is popular in the Traditional Chinese Medicine and Indian Ayurveda, known since the ancient times to lower blood pressure and in modern times additionally highlighted as an antioxidant power plant, the food at the restaurant is far from being health oriented.
Yet, its antipodal quality lies in the fragrant, satisfying and opulent taste profile appreciated by numerous foodies.
Before your ordered meal arrives, the chef’s affair with farmers is introduced in a small paper case filled with decorative dried grass [real] and eggs. Shrug worries aside, you will not be eating raw eggs straight from their shells. Albeit, in today’s highly competitive culinary climate, where chefs throw unusual plates in front of their bemused customers, it would certainly not be a mission impossible.
Here, the chef intervenes with each raw ingredient in his flamboyant style. Inside the egg-shell Bosi created a rich creamy savoury custard with mushrooms, making it my favourite delicacy in the entire meal. 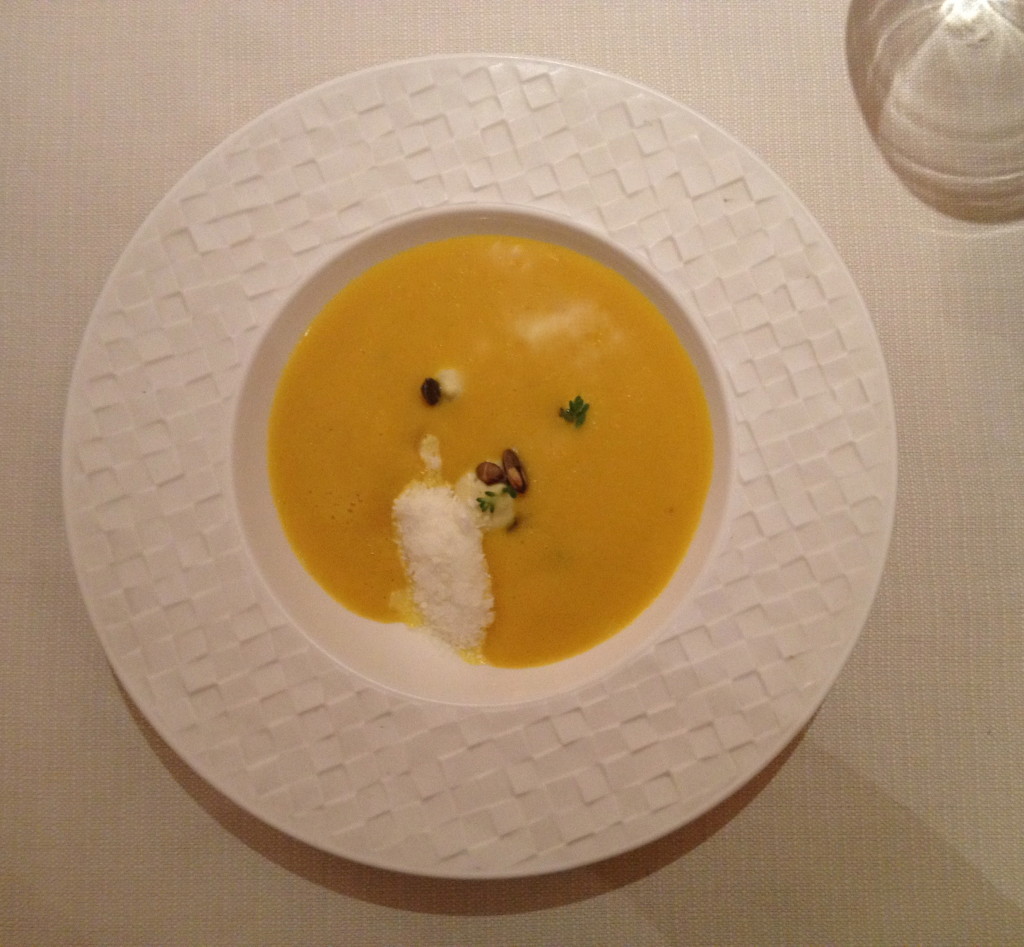 Being it fall I fell for a Pumpkin soup with truffles. I was curious how a two-star restaurant could upgrade such a classic simple  purée and was not disappointed by its originality. Yet, the harmony of the contrasting while not mutually communicating textures and temperatures was far from achievable. The warm rich pumpkin veloutée did not assimilate well with the frozen cheese snow thrown into it like a snowball to a window. The more, under the Gaugin orange blushing pumpkin was a heavy dense blue cheese cream that hid any sensible fragrance of truffles, which were supposed to be in the soup. I felt cheated. Where are my truffles? 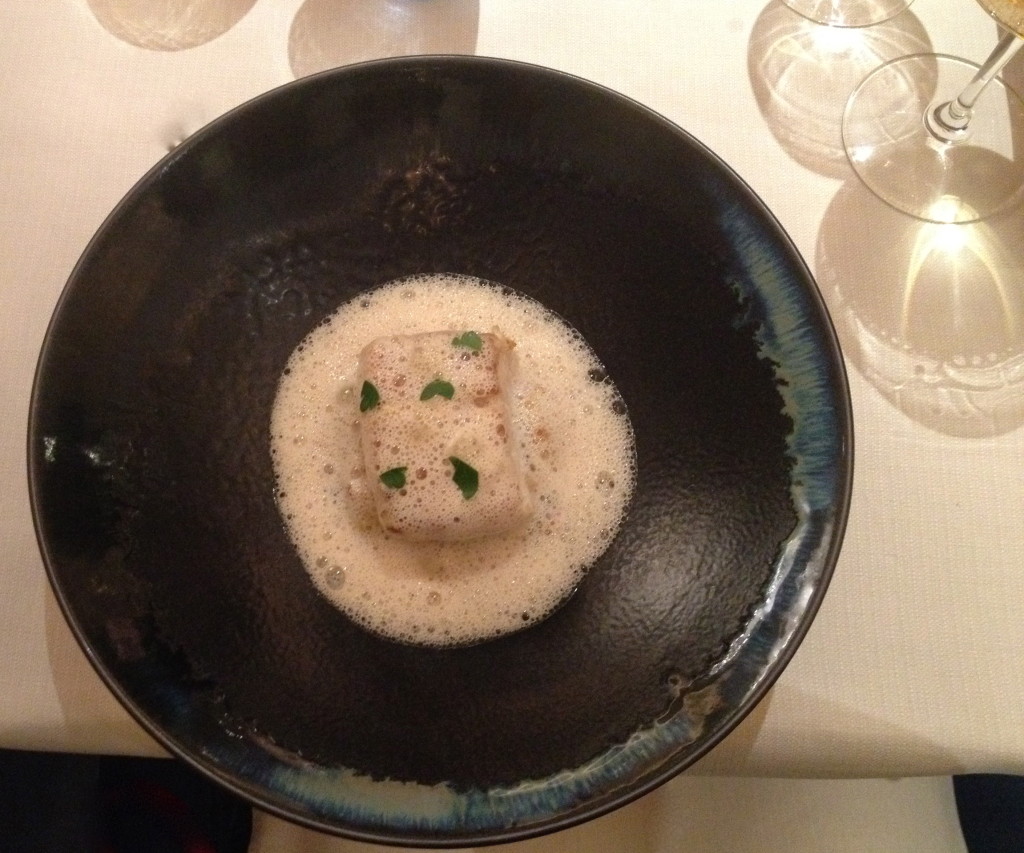 Unlike the nectar in hibiscus flowers attracting hummingbirds in tropical climates, most of the food at the restaurant will not lure me back. With my main course of  The Poached Cornish Skate à la Grenobloise tasting like a heavy bomb that splashed cream around something I could not distinguish if I did not see the fish, I was taken aback how a dish that on eye looks delicate and elegant, can turn into a weighty on the palate.
I know that a traditional Lyonnaise cuisine is generous and heavy, yet Hibiscus doe not advertise itself as a traditional brasserie (neither do its prices and portions) but a high dining contemporary restaurant, so I would expect a more nuanced food. 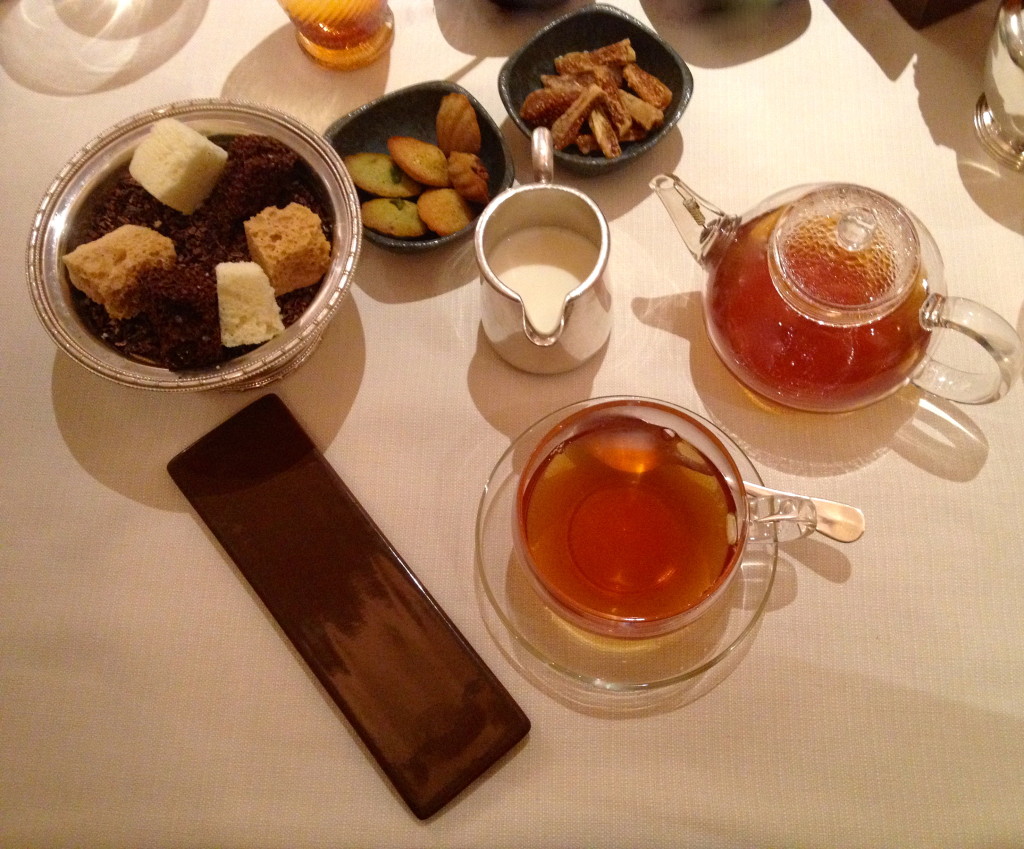 A nice surprise for the end in the form of tea time. I selected  a pot of high grade Darjeeling, served in British fashion with milk on the side and exquisite petits fours. While the French sea shell-shaped madeleines were not a unique pastry per se, their soft texture and kernels of pistachios made it for me. Nested in a cobalt-hued dish, likewise the stripes of fleshy sweet dried figs were of utmost quality. A haughty silver bowl of imaginative airy light dark and white chocolate and caramel cubes was marvellous! The airy bubbles in between the sweet matter popped gently as I bit into each morsel moving into a creamy delicacy calling for a sip of tea.
Price: Very expensive (chef’s table available for £180-£255 including a wine flight), although a three-course lunch menu for £35 is  a much better value.
Cookery masterclass lead by the chef himself  is offered once a month on a dedicated Saturday for £225 per person and includes a four-course lunch. 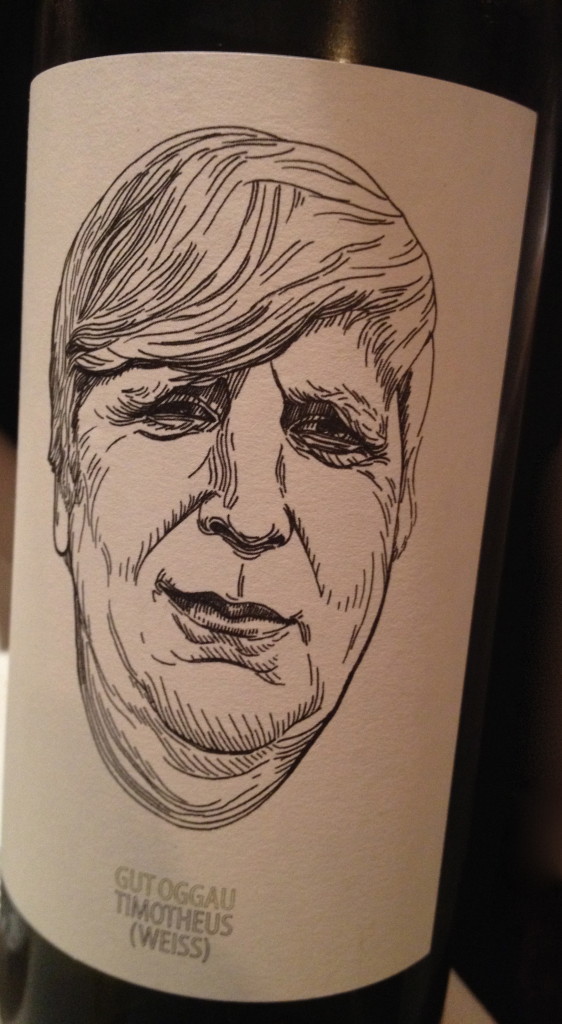 Drinks: The wine list is very good and the sommelier knows which wine to pair with the chef’s dishes very well. The wines by the glass are intriguing. In particular I enjoyed the white from Gut Oggau, from a biodynamic vineyard in a village with the same name in Austria’s Burgenland. The drawings on the label are supposed to capture the character of the wine. From the picture above, can you tell me, how do you think did mine taste?*
Atmosphere: The service is good, but not overwhelmingly friendly and helpful as one would expect from a Michelin restaurant, plus it is a common complaint by many diners.
Opening hours: Daily except Sunday for lunch 12noon-2:15pm; dinner 6:30-10:30pm.
Address: 29 Maddox St, London W1S 2PA, United Kingdom
Phone:+(44) 20 7629 2999 or book online at http://www.hibiscusrestaurant.co.uk
*HINT from Oggau’s website: “Multi-faceted in the nose, winning and expressive. Powerful, balanced, confident and determined on the palate. Down-to-earth and open-minded, and after a wild life he has settled back into placidity.” 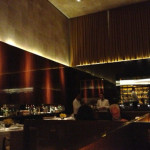 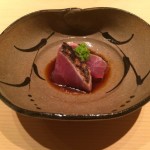 Sushi Yoshitake: the best of sea on land in Tokyo sushi 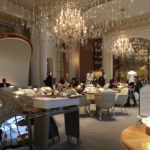