The Amalfi coast is named after an ancient, stone-built town of Amalfi, that in its full colour spectrum like by precious stones covered buckle nests on the front ankle of the boot of Italy. Welcoming visitors arriving by sea, from the nearby Naples, Capri or further away, the villages and small towns carved into the steep coastal cliffs, like the mythical sirens lure in with their photogenic songs.
As these coastal treasures just escaped from the disastrous erruption of Vessuvius, that centuries ago ashed down Pompeii, their scenery remains untouched by the cruel whims of nature. 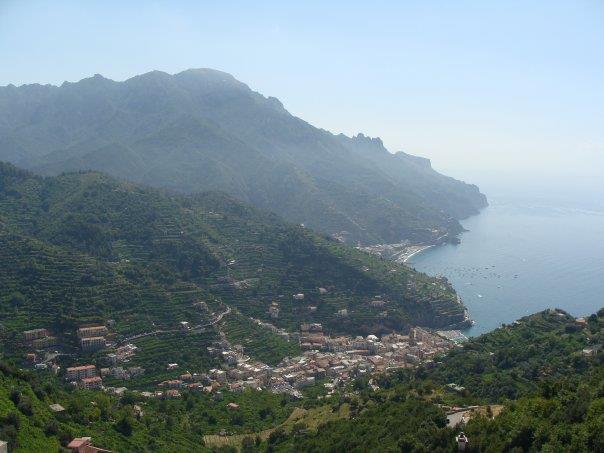 As attractive as in the past, the drama of the rocky ascents tamed by an aerial tranquility, is still seducing Italian actors, singers and other mostly European elite holidaymakers with its mythical charm.

Classical beauty for the ears

Cultural hedonism is another reason to visit the area and its hill-topping village of Ravello.
The annual Ravello Music Festival is world-famous for its vertigenous stage at the majestic Villa Rufolo. Here series of live classical music concerts are held on its spectacular terrace reaching towards the Mediterranean horizon.
Taking advantage of a surreal atmosphere at such a breathtaking venue is natural, but the Italians have a knack for adding an extra pinch of la dolce vita. 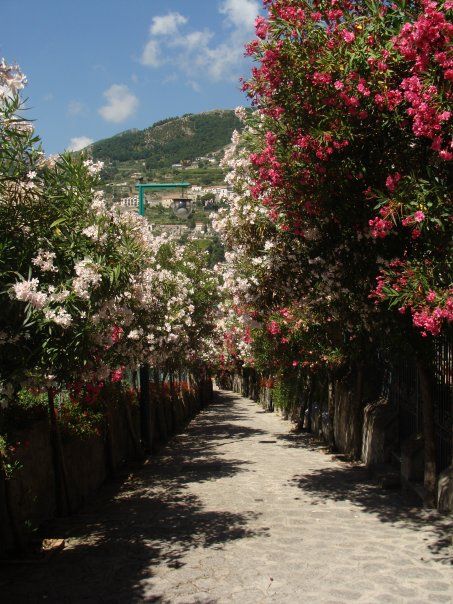 Not just the sea view setting with a fluff of cotton candy clouds hanging in the void space, but also the fame of the musicians performing here make the festival a must-visit (and hear) event. Especially in mid-August, when the sunrise is celebrated by a 4am concert. You can listen to the tones composed by Wagner, who as well as movie stars like Greta Garbo and Sophia Loren loved to hide away in Ravello.
They all weren’t discouraged by its challenging access by road. Since, like them, you can avoid the zig-zagged ride through the protected mountains that form the rocky headboard of the Amalfi coast. Just take a boat instead. Either hire a private cabin cruiser, a yacht or take a ferry from Naples. The sea route rewards with a breathtaking scenery of one of the most lauded Mediterranean coasts.

The exquisite Villa Rufolo as well as the nearby Villa Cimbrone are considered to be the finest houses in Italy. Explore the stunning garden at Villa Cimbrone. On its steep edge the “Terrace of Infinity” hosts the insiders with a magnificient views of the Gulf of Salerno. According to Homer’s mythology, here was located an archipelago titled “Li Galli”, where Sirens lived and committed a suicide after Odysseus resisted their enchanting song. 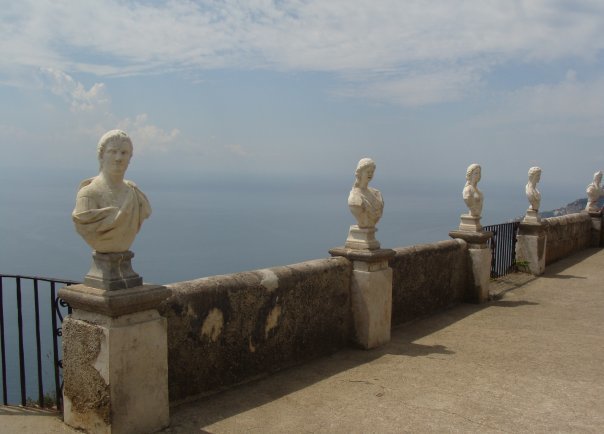 Ravello itself is known for its spectacular blooming gardens, omnipresent olive and lemon groves, and steady lines of vineyards – whenever you turn there is something to pamper your eyes. The gigantic lemons produce one of the tastiest limoncelos in all of Italy. The once ‘secret’ recipe of making this delicious and potent licqueur is now acquired at Mamma Agatha Cooking School (+39 089 857 019). Signora Agatha will also teach you how to prepare Ravello-style dishes from her home-grown ingredients. Inspired by the sea as well as the land, the local cuisine is based on its legendary sweet lemons, plump and sweet tomatoes, Mediterranean fish, seafood as well as milk. The last is not sipped on tables with pasta or a grilled seabass, but skillfully cultured, curdled and moulded into butter, ricotta or mozarella.
Southern Italy is the birth place of mozzarella, and still recognised as its most delicious incarnation being made here. You can taste the fresh cheese at most local restaurants. It makes for a more memorable experience though to visit one of the local mozzarella artisans. In Scala, the cheese producing family will introduce the production process step by step. It might all be in Italian, but once you lick the fresh butter from the spoon, the still warm ricotta or their smoky “mozza”, you forget about needing words for it. Just enjoy as you will not likely get it anywhere fresher than here.

Crafts for memories at your home

Medieval tradition and moorish influence on the region remain alive in the local ceramics. Colorful patterns, fruit motives and voluptuous shapes are typical. While strolling the click-snatch-and-release (in the case of high-heels worn) cobbled streets of the coastal towns you cannot miss the countless local handicrafts shops, where the choice from plates, vases, jars, cups and bowls won’t leave your shopaholic demons untempted.
Piazza Vescovado, the main square of Ravello and the best people watching scenes, is surrounded by cafés serving snowcapped cappuccino as well as local Southern-Italian cuisine. From here, you can also enjoy the view on a remarkable medieval cathedral dated back to the 11th century. It is captivating mainly for its bronze massive door. 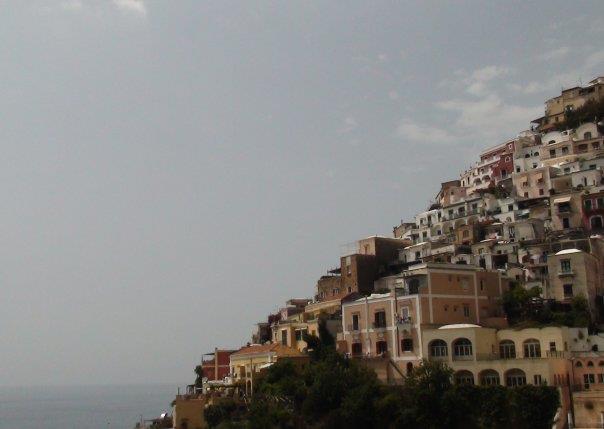 The most luxurious accomodation is at the two five-star hotels: Caruso and Palazzo Sasso.While staying at the elegant Hotel Caruso you can learn the tricks of botanical and flower painting from experienced artists, swim in an azure pool with an unparalled scenery of the Tyrrhenian Sea that contrasts the rocky backdroping mountains, or just relax in its flowery gardens. The hotel has its own speedboat so trips to the nearby towns such as the colourful cliff-hanging, although always by raucuous herds of tourists besieged, Positano, can be arranged.
If you wish to see more and enjoy the less crowded coves hidden under the cliffs, then renting a boat is ideal. Gorgeous islands like the Capri, Ischia or the history-exhaling city of Naples and the remains of Pompeii are just a boat-ride away!