Sourcing directly from tea farms and trusted importers that are locally involved in the most important global tea regions positions Le Teashop as the premium tea purveyor in Monaco. The personalised space also offers something more than any of the cafés in the affluent Principality – education and a sense of community. This cocoon for Monaco tea lovers is a family business owned and founded by Sharon Woodstone and her father, a former pharmacist, helps out when she spends time with her daughters. During their school’s lunch break, you will often find the girls alongside their grandmother sipping tea with a cake at Le Teashop. Sharon’s unquenchable thirst for new tea paraphernalia, while offering the best quality and diverse products from the soul-soothing tea realm, draws in regular customers. 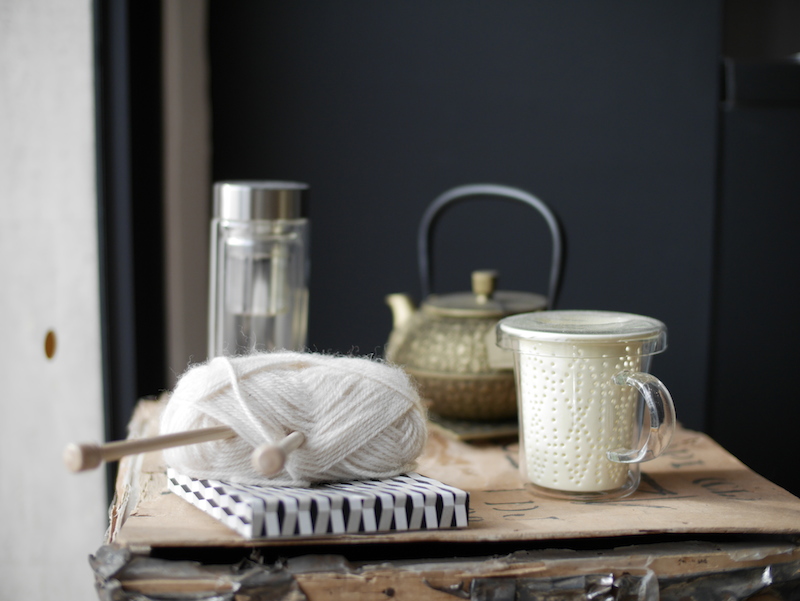 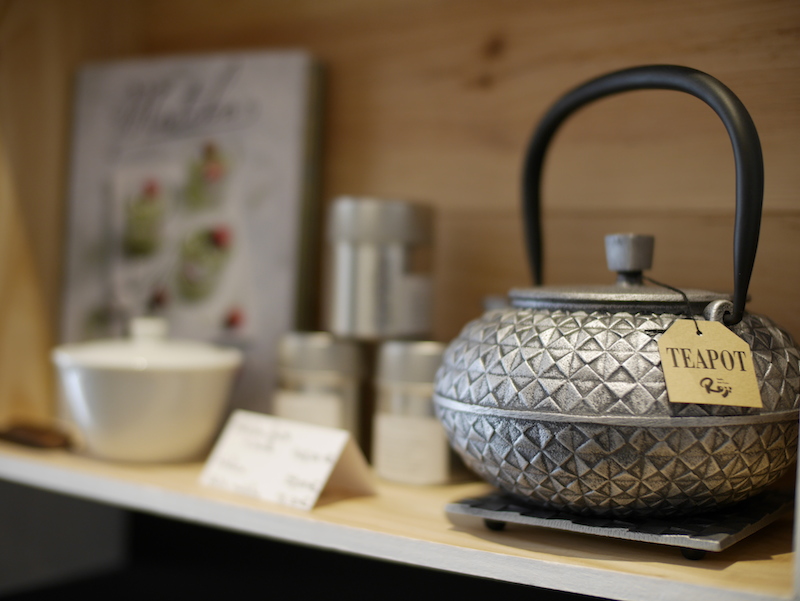 From carved cast iron tea pots, fragile white bone china, practical tea caddies, carry-on tea thermos adorned with colour-printed Japanese washi paper, funky tea strainers, through ultra-rare teas to her own signature blends, the concept tea store offers her fine taste, open-minded entrepreneurial spirit and humour. As I interviewed her, Sharon’s youth-glaring mum whoops into the store nodding, smiling and pointing out towards the glass doors: “My mum designed the board outside”, adds the proud daughter.
I was sipping on Sharon’s favourite morning tea, enchanted, inhaling the unbelievably complex, cookies resembling aromas of this pure high mountain wild black tea from Taiwan, when it downed at me: passion and strong family values are the most admirable French traits of Le Teashop. It is a work of love, where her father often assumes the role behind the counter, her mother swirls in for a cup of her favourite sencha and her English pilot husband hand-crafted the sleek wooden shelves and tables. The family connection penetrates every aspect of the store. Sharon revealed that, “the decoration of the store was done by me and my husband, we love decorating and for here we wanted something welcoming [that is why we used lots of wood], not too flashy, something simple, but with a good quality. We also want to show some pictures and sculptures to make it more cosy.” Many local photographers and talented artists approach them, desiring to exhibit their work. One of my local friends, a promising Canadian photographer with an impeccable eye for details, Jennifer Barnaby, who also provided her images for this post, recently showcased her gorgeous ingredients framed in the popping black canvas. I have never seen a sea urchin so intriguing! Indeed, a unique opportunity in Monaco for the emerging artists and craftsmen. Hands-on classes in weaving were offered for children, while culinary wizards could explore the art of raw chocolate.
Pride gusts through her lips. “One of the best compliments we got from people entering the shop was when they’d say that they do not feel like they are in Monaco.” Indeed, a great tea shop should be an escape from our busy lives. Offering something for everyone, even to the globetrotting and demanding tea veterans like me, drives her success. 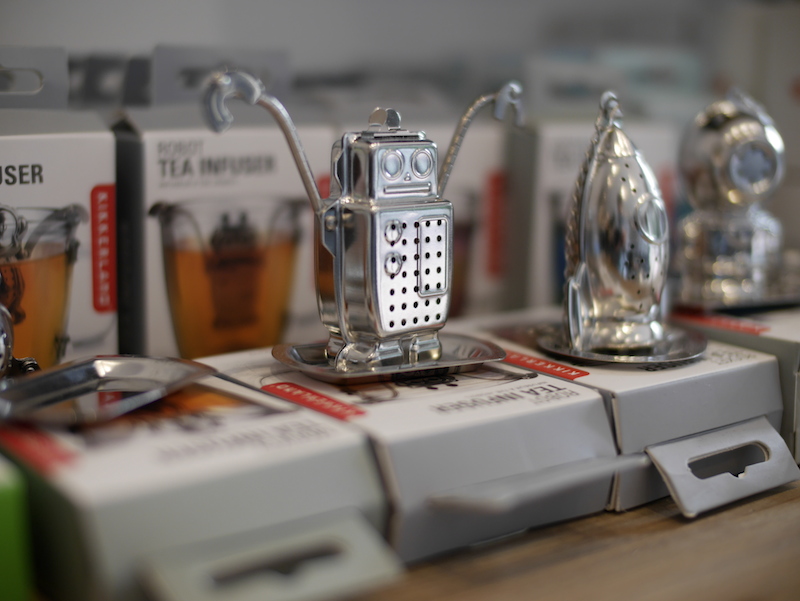 It is less common to see a black tea from Taiwan abroad, so I adored the long, twisted and wide leaves of the precious brew she offered me. While I was sniffing the wild wet leaves like an excited dog getting onto something on his stroll in the park, Sharon informed me that “It is different from the Camelia Samica and Sinensis. In Taiwan there are many types of tea (about 14, but most do not contain theine so they cannot be recognised as tea, but this one contains the exciting, steadily releasing tea substance), but they are not recognised internationally as tea. The Taiwanese Tea council would like this specific one to be recognised as the third variety of tea, which the highly competitive Chinese strongly oppose.” Now, this is a real not just plainly commercial tea store for tea enthusiasts like me! Trying unusual teas, like wines becomes the quest of most connoisseurs. For example she offered a white pu’er from China, sending anxious shivers to some of her customers holidaying in the distant corners of the world. I hope it doe not sell out before I come back, many thought.
Having access to all these interesting teas, does she have a preferred one? I get a swift, but a diplomatic response: “Depends on my mood, on the time of the day, on the weather and season. In the morning I like black tea, in the afternoon I tend to prefer an oolong, in summer on a hot day I feel like having green tea. Sometimes it takes me like half an hour to decide which tea I want to drink!” I am slowly realising that we share the same tea habits and preferences, as she further confesses: “Myself I like unblended teas, but rooibos I like with a fragrance. People ask me to have more blends, but I try to introduce them to pure teas. I started with fragranced tea as most French do, but what I liked the most about tea is the tea time by myself, taking time and reading a book.” 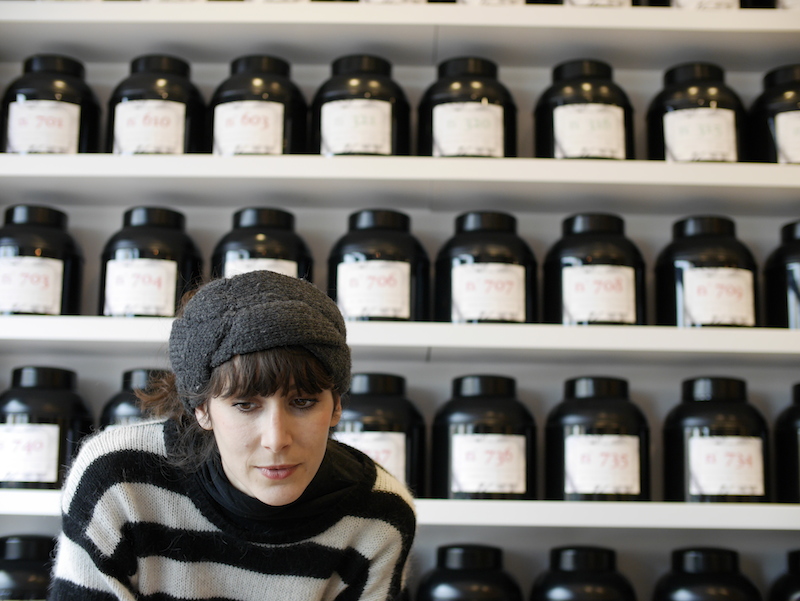 Teaching and training the tea palates of Monaco residents

Still, some customers do not understand the gustatory value of tea, and she gets frustrated: “Many people come here and ask me for tea to cure a sore throat, to detox or to loose weight. I am not a pharmacy and neither do I promise magic weight loss based on some beliefs, as I only sell tea which tastes great.”
Most of the locals prefer, so far, the tea blends. Le Teashop offers a wide variety of the popular, established blends such as the fragrant Earl Grey, but also a black tea concoction called ‘Monaco’ inspired by the local sweet biscuit fougasse. This biscuit is made with anise seeds, orange flower water and orange peel and all topped with almonds and nuts. It was so far the most challenging task that her expert tea blender had mastered: “It took about five trials to succeed. I even made fougasse and sent it to the tea blender since it is more suitable for tea than savoury snacks such as the local barbajuan.”
During the summer, eight different daily cold brewed iced teas and infusions freshen up by the heat torched palates of those browsing into her store on Place des Moulins. The most popular flavours are lemon and ginger, mint, jasmine, and peach with white tea. This endless stream of ideas embraces all ages including kids. Sharon giggles, saying: “I have some 14-year old ‘clients’ that come here from the school nearby. That is why we have bubble tea, some without tea, based on sweet syrups because the kids prefer these to tea.” In summer, she includes fruit syrup bubbles like strawberry and lichi, while in winter she switches to the classic black chewy tapioca pearls. 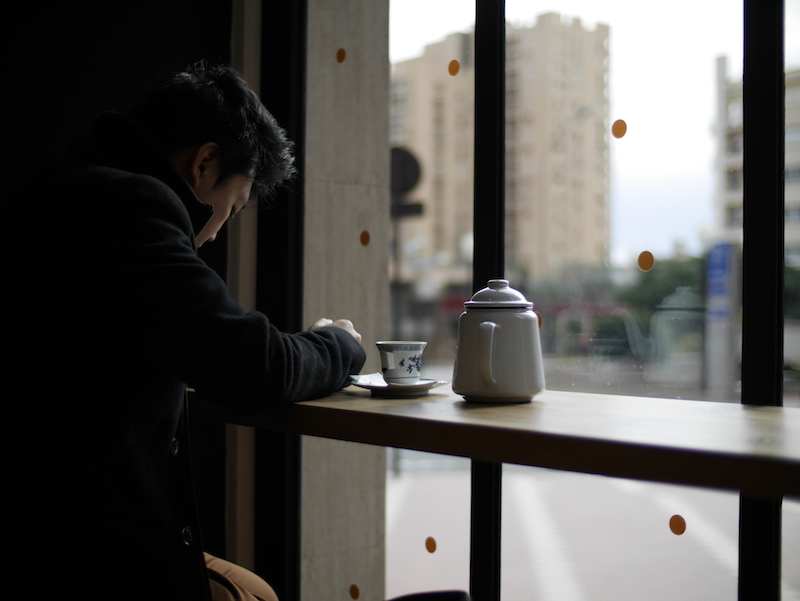 Although a native Monegasque, she explored other parts of France. It was mainly in Paris and Nantes, where she discovered pure teas in small tea shops. Later her interest drew her to a tea course, where she was shown a gong fu cha by a Chinese tea expert and also participated in a Japanese tea ceremony. Gong fu cha tea preparation nevertheless attracts her the most.
With an ignited passion for tea as well as organic food and sweets, she bakes the tea cakes herself and serves a small slice with each pot of tea that her customers order. Seeking the best quality she uses purely organic ingredients in her overwhelmingly gluten-free pastry. Some cakes such as the popular matcha sponge cake remain, while others inspired by blogs, some cookbooks, her garden as well as by the local market when she sees some interesting seasonal ingredients. “Now I am experimenting with a vegan cheesecake and want to include some raw cakes with almonds and sweetened with dates”, she adds. In early fall, the figs from their garden were baked into a fluffy cake, while late in the fall her persimmons were made into a sirup. 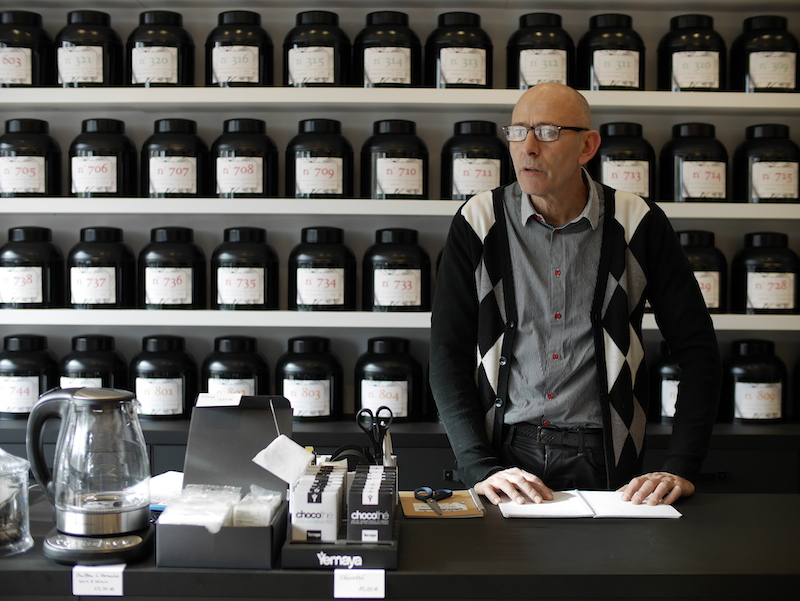 Le Teashop’s concept extends to enlightening Monaco’s international residents through frequent tea tasting events with experts and occasional philosophical discussions with a French philosophy teacher on various topics such as ‘Can we escape time?’ Sharon explains that this is strongly linked to tea, as in China and Japan you take your time while drinking tea. Our culture is now more inclined towards fast-paced coffee drinking on the go because we feel time-pressed. She shares this story: “One of my friends once told me, when she had to talk with someone that she did not want to spend much time with, she offered the person coffee, and when she wanted to have a chat with someone interesting she proposed some tea, because she wanted it to last.”
Supporting intellectual discourse and community in the multicultural Monaco is needed because most events happen in French, a language that not a majority of the local residents understand.
I attended a pu’er tasting. Guided by Oliver, a tea expert based in Yunnan, who introduced us to an intriguing variety of pu’erhs from different vintages. Some were over 40 years old! Most of the classes are conducted in French, but some events are in English. You can check “Le Teashop” Facebook page for any future happenings.
With Le Teashop installed in Monaco, I do not miss almost anything here, perhaps only … snow flakes in the winter, as for these I still need to drive up to the mountains. 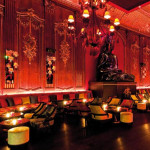 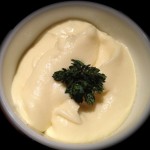 Michelin champion Joël Robuchon at the Metropole in Monaco 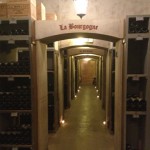 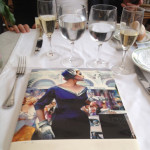