Greek wine is popular, and the Greek winemakers now realise that the future is clearly in the locally indigenous grapes and plant Xinomavro, Assyrtiko and other native vitis vinifera varietals in Greece.
Lenka Sedlackova, MW visited this ancient wine making country last summer and arrived with a reassured palate back to London. A ripe time for La Muse Blue to quiz her about the Greek state of Dionysian affairs. Despite the recent avalanche of criticisms over the Greek faltering economy, there is at least one industry that the Mediterranean country has improved – the wine production. 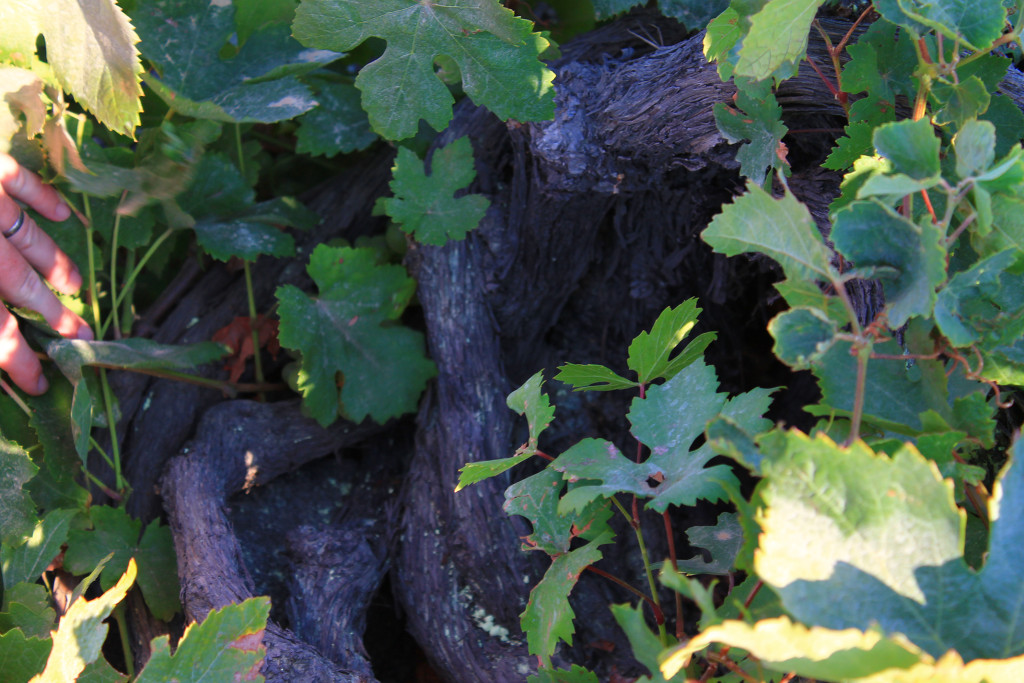 Is Greece still a Dionysian country?
For a long while, it wasn’t, the reasons for this are explained below. Wine consumption is on the rise, however, and there are many interesting wine bars and wine-led restaurants popping up across Athens and the islands.
How would you generally compare ancient Greek wine culture against modern wine consumption in Greece?
Greece has a long history of wine production but this was all lost during the rule of the Ottoman Empire. Wine production was discouraged on religious grounds and many vineyards were abandoned as a result. There are islands, such as Santorini, where the Turks had less of a reach and that is why viticulture and winemaking practices survived there. This is also one of the reasons (aside from the lack of phylloxera here) that Santorini has such old vines still.
It’s taken Greece a long time to return to their wine producing roots. After phylloxera destroyed the vineyards in northern Greece in the late 1900s, the 20th century brought two World Wars and mass emigration to countries like Australia and the USA. It is really in the recent years that Greece has seen a return to form. The future is clearly in indigenous rather than international varieties. Many Greek winemakers now realise this and focus their energies away from the likes of Cabernet and towards Xinomavro, Assyrtiko, Vidiano etc.
When you go to a local restaurant in Greece, you are not likely to see many international wines, the focus is very much on domestic fare. Often this is local production offered ‘in bulk’ (per litre or a half litre). They are relatively simple, aromatic and inoffensive. You have to know where you’re going if you’re looking for something more interesting.
What native Greek grape varietals travelled abroad?
Assyrtiko is the obvious candidate. It has recently been planted in Australia (by Jim Barry, though the first wine has not yet been released) and Eben Sadie is planning to produce one in South Africa. Assyrtiko is heralded as a bit of a ‘hero grape’. It could become more important in the future because of its ability to tolerate heat, drought conditions and windy climates and still produce wines with high acidity and minerality. Many producers in the world are worried about the climate change so these attributes are quite important. 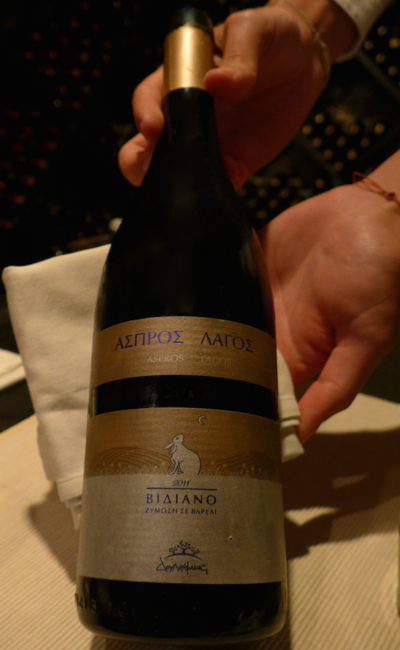 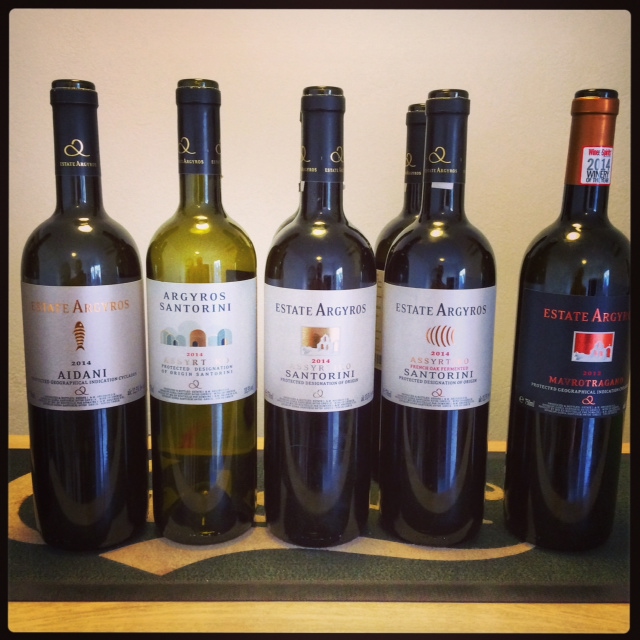 Is there any varietal that appeals to your palate? Who makes the best Greek wine with it?
I love Assyrtiko for whites, I think that is the grape with the most promise. The best examples come from Santorini from producers such as Argyros, Gaia, Hadzidakis (a more funky style) and Sigalas. If you want to try something interesting, go for the Nykteri from Hadzidakis – as the name suggests, the grapes are picked at night. This is a richer, more voluptuous expression of Assyrtiko.
It’s also worth seeking out Crete’s native white Vidiano grape. Producers such as Lyrarakis and Douloufakis (Aspros Lagos) are making interesting examples. This is a variety that is being brought back from the brink of extinction.
For reds, I would look out for Xinomavro from Naoussa. Xinomavro is often called the Nebbiolo of Greece and the similarities are easily found – high acidity, cherry fruit and an abundance of tannins. In the right hands, it can be a revelation. My favourite producer is Thymiopoulous – his Earth and Sky Xinomavro is surprisingly light-footed, very elegant and perfumed. 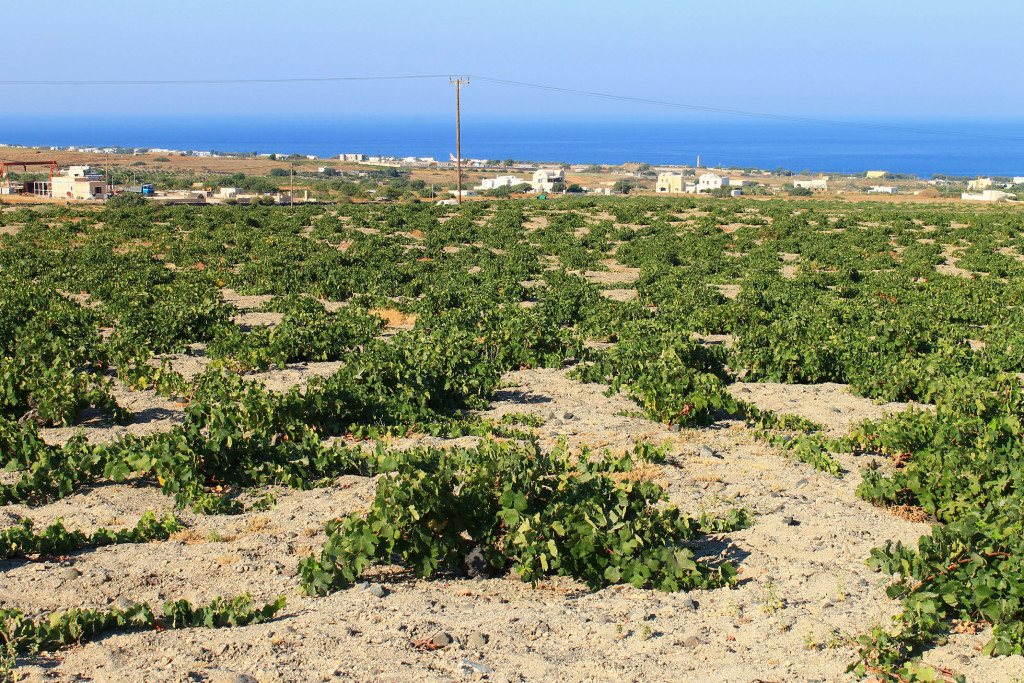 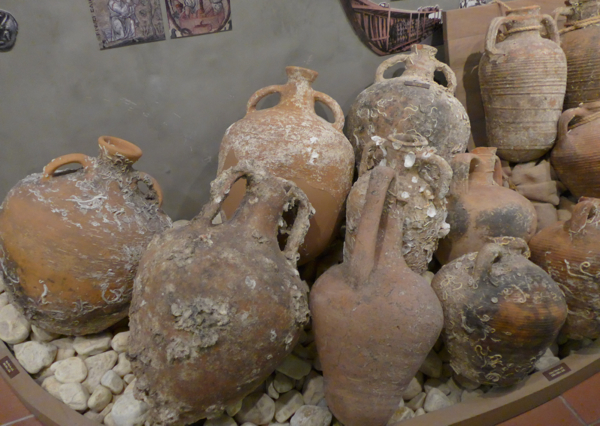 What was the greatest revelation about the wines in Santorini after your visit there?
I think the age of the vines and their ability to survive in such an unforgiving environment. I saw vines that were 350 years old and they’re not even the oldest you can find on the island. It is remarkable how hardy this vine is. It would be fascinating to know what European wines would look like had phylloxera never made it across the sea from the Americas.
Why most wines made on this warm, dry, rocky and volcanic Mediterranean island are very dry?
Santorini has acidic volcanic soils with no potassium content and this helps produce wines with a low pH (under 3). Low pH is great at giving wines longevity but also preserving minerality and freshness. The fruit profile of Assyrtiko is more akin to Semillon – it’s more textural and waxy than, say, Riesling, and better suits dryness. There is a bit of Vin Santo (sweet wine) made in Santorini. In fact, Vin Santo is the 12th-century name the Italians gave to ‘Wine of Santorini’. There is a lot of history of making Vin Santo here but it’s a harder sell than dry Assyrtiko. People want drier wines these days.
What impact would a Greek exit from the EU have on the production, prices and the existence of the local wineries?
I doubt that Greece will exit the EU. I am not sure this would necessarily be a positive for the wine industry. Whilst prices would undoubtedly come down as a result of the return to Drachma, producers could lose revenue. Additionally, there are many winemaking tools and other products that have to be imported from Europe and these would become quite expensive.
Where in London are good wine bars, stores or restaurants with a wide selection of Greek wine?
I think asking for a wide selection is perhaps a touch ambitious at this stage as we’re not quite there yet. I am not sure that any bar or the Greek restaurants in London can boast a wide selection of Greek wine. Recently opened Estiatorio Milos is perhaps the best candidate. Although in general, you are more likely to find Greek wine at trendy wine bars like Mission, Sager & Wilde and The Remedy than white table cloth restaurants. As far as retail is concerned, Berry Bros & Rudd have a great little Greek selection.

Lenka Sedlackova MW, has been in the wine business for over a decade. Based in London, she works with one of the best UK importers Fields, Morris & Verdin. She is the first Czech Master of Wine (MW). In this regular feature, she answers the editor’s questions themed around the world’s wine regions and other wine-related topics.