"The Earth's natural diversity is celebrated in the most grandiose performance of skilled culinary hands. Anyone interested in the evolution of fine dining should get this book, where insights into the chefs' creative process contest the exotic discoveries they are invited to challenge."

Fishing, foraging, hunting and finally creatively assembling the ingredients on a plate, brought these modern chefs back to hunter-gatherer age in this book inspired by survival and a glimpse at the future of dining. Only the best chefs challenge nature’s rule in Cook It Raw. 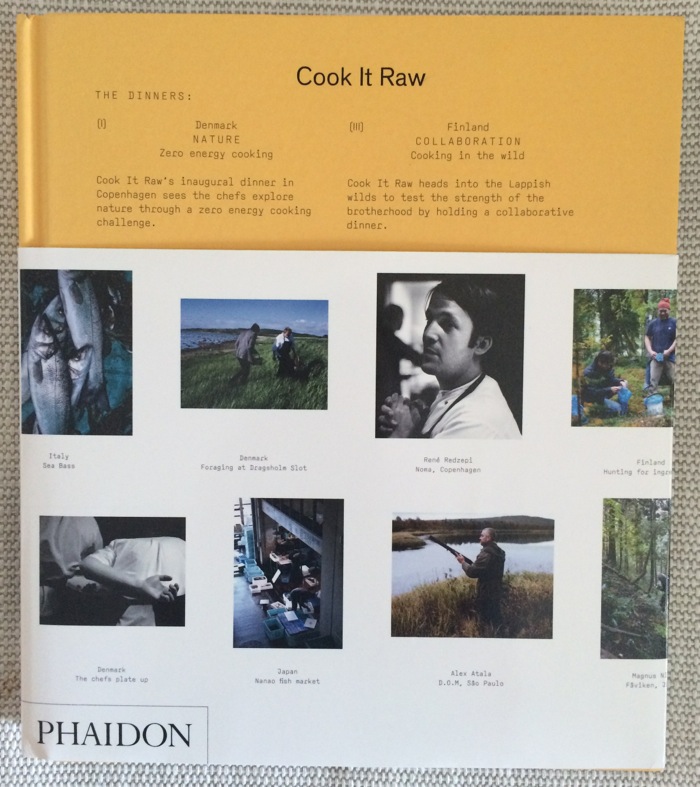 This is not just a coffee table book. While attractively designed in authentic, contemporary, raw, unfussy, yet informative print, it is an engaging read that may inspire you to travel to one of the destinations or dine at these world’s best chefs restaurants.
Whether you gift it to your foodie friend or keep on your book table, you must peak inside. I promise you will be captivated by the unique personal account of the world’s best chefs challenge in the wildness of nature and unfamiliar destination. Transported to four countries, four distinctively remote natural characters, the crew of fearless chefs cooks a gourmet meal for a group of invited diners, not afraid to savour lichens and other uncommon ingredients that the chefs found in the wild.
In a collaboration with food journalists, a wholesome portrait of a successful millennial chef emerges in the writing. Rene Redzepi, Albert Adria, Alex Atala, Magnus Nilsson, Massimo Bottura, David Chang, Mauro Colagreco, Daniel Patterson, Yoshihiro Narisawa, are just some names that reached the summit of the world’s most acclaimed restaurants, but in Cook It Raw they emerge as a casual, curious bunch of grown up hunter-gatherers with no reservations to swearing, but also as possessors of a talent hard to match in the highly competitive culinary world.
Not just raw ingredients or uncooked cuisine are the subjects of these nature versus man adventures. The philosophy of the gatherings assembled by an Italian chef and adventurer Alessandro Porcelli dwells in exploring “social, cultural and environmental issues through food”. Dishes with titles like ‘Evolve with the forest’; ‘Frustrated Mackerel’ or ‘Strange Fruit’ highlight what was happening in the chefs’ minds. 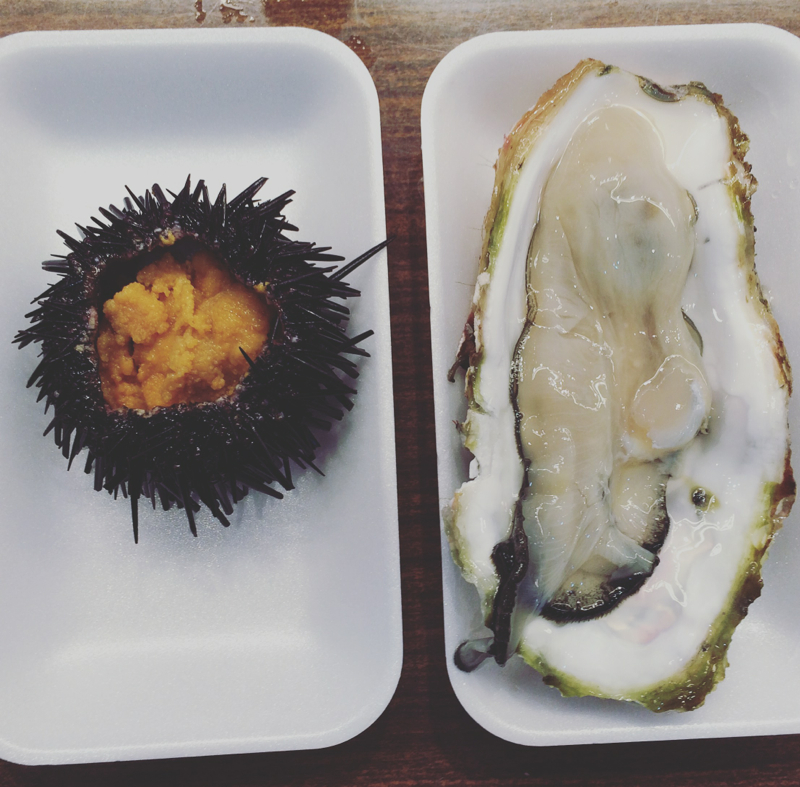 As a travel log of sustainable culinary journeys to Denmark, Finland, Italy and Japan, the illustrious subjective comments of participating chefs spark observations of the food writers joining them. The pungent stir of adventure electrifies the all-male gatherings of chef and the brotherhood is strengthened as some participated in most of the first four challenges.
The air miles the chefs, journalists and Tv crews (Anthony Bourdain showed up in Japan) travelled are to be offset by the ideas churned while the chefs were foraging for their raw ingredients in the carefully selected destinations.

NATURE: Zero energy cooking
Zero energy cooking was the inaugural theme inspired by the International Climate Summit in Copenhagen, the city where the carbon neutral dinner was served in 2009. Then the World’s No1 chef Rene Redzepi seduced his pals from South America to Japan: “Let’s fail together” was Redzepi’s potion of love sent to the other participants. Porcelli, the brain behind Cook It Raw, intended to challenge the ego of  some of these acclaimed chefs. He writes: “Less is more, poverty is the real richness. Cook the way you think with the few elements picked up or dreamt during the night. Strive to reach new knowledge and enjoy the fortuitous glow of an idea. Raw is a spiritual exercise to catch sight of our other selves, to reach beyond ourselves”. And many of them did fail, but learned from the experience, and that was the charming beauty that drew some of the chefs to the following gatherings. Porcelli extracts the complexity of the first gathering in one sentence: “In Copenhagen, during our very first endeavour, we challenged climate change.” An ambitious task for a tiny group of adventurous chefs. Their influence on dining globally is though irrevocable. If Massimo Bottura serves you ‘Pollution’ inspired by depletion of seafood, you would not hesitate trying it at his eponymous Osteria Francescana, would you?
COLLABORATION: Cooking in the wild
Norway’s fjords could not have been a better-suited location for the second culinary challenge. In the freezing bare lands of Lapland the chefs were part of slaughtering a reindeer, while the local fauna and flora were mysterious to most of the participants, the local expert, the Faviken chef Magnus Nilsson relished in sharing his secret finds in the wild with others. He will get a revenge a couple years later in Japan, where in the forests around the mythic Mount Hakusan, his pickings could easily turn into a poisonous affair. As plates titled ‘Life and Death’ and ‘Blood and snow’ emerged, you can imagine how tough life is under the Northern Lights.
CREATIVITY: Chef versus winter
No other chef could have been behind the creative challenge for the chefs throwing them into the harsh winter of Northeastern Italy, then Massimo Bottura. Here, the relationships with the products, the producer (farmer, fisherman, hunter) became clearly cut. For the final meal here in Friuli Venezia Giulia, the diners had to bring their own forks. Unedited, raw, notes of the Swedish-born chef Petter Nilsson are included highlighting the birth of his recipe ‘Where the wild boars are’. 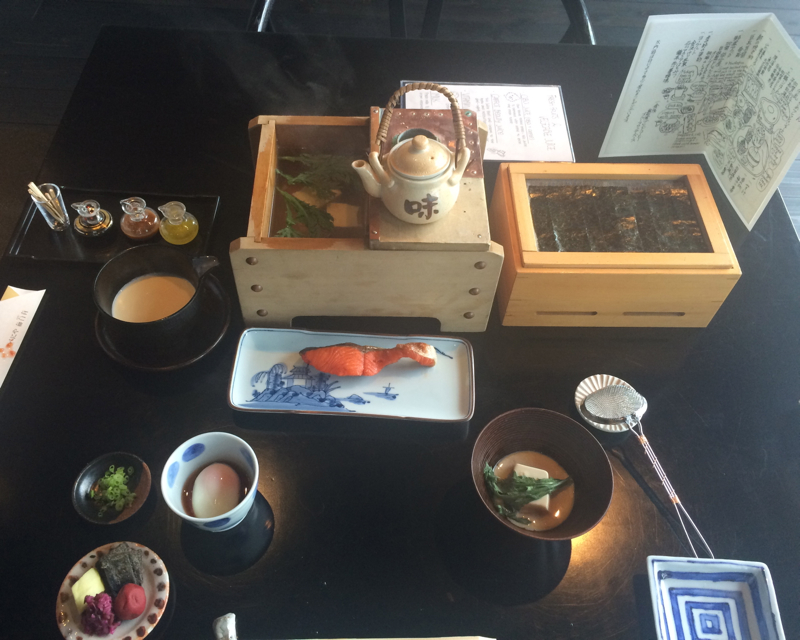 FUTURE: Avant-garde meets tradition
Another brilliant pick of destination. The chefs travelled to the Ishikawa province in Western Japan, where generations of artisans perfected their crafts patiently for centuries. Next to the well-known Kyoto, this region has the highest density of craftsmen. The heritage of local glass, lacquerware and pottery merged with the chefs’ cuisines in this past meets innovative future encounter. I’ve stayed at the ryokan where the chefs enjoyed a kaiseki meal, and finding an attached copy of the elaborate hand-drawed breakfast menu at Beniya Mukayu, that I also kept as a souvenir from my unforgettable trip to the region, caused not just jittery flipping through my deep, all-world-containing drawers, but also the realisation how much authentic this published travel journal was! Just better organised than mine. You will find inside the book how the local production of sake inspired the Noma’s head chef for a dessert. 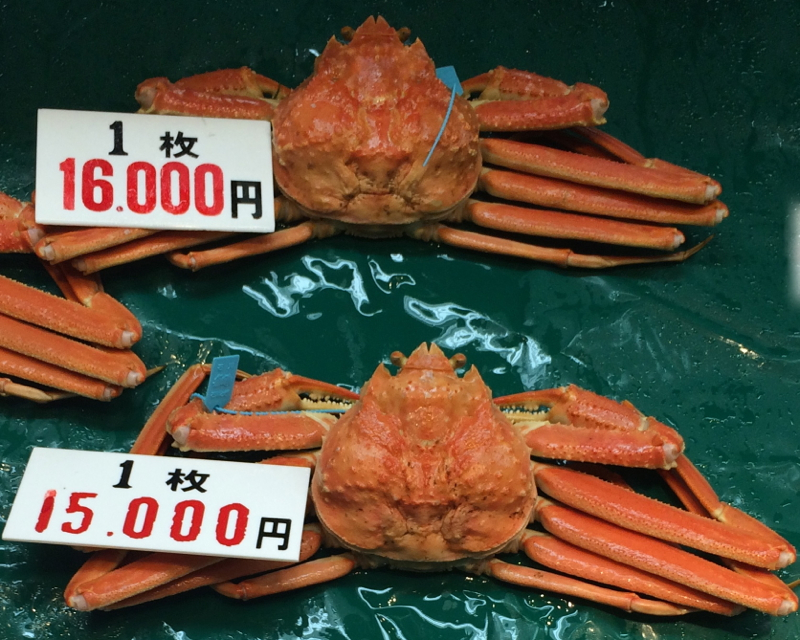 Alex Atala writes in his essay on the Avant-garde meets tradition challenge in Japan: “Without a basis of classical technique and an understanding of ingredients and flavours that you only can achieve through diligence and study, it is impossible to go from good to great. Without an understanding of the rules, it becomes very hard to break them. To be the best at something you need to look backwards first.” His lesson from the Ishikawa’s artisans is now applied in his kitchen at D.O.M., the Latin America’s most talked about restaurant.
The result of this collaboration is a revelation that today’s best chefs are able to think beyond the originality and the wow effect of the plates served at their highly sought-after restaurants. The chefs’ deeper self is revealed in the essay-style observations of the writers. Phaidon, the publisher, took on this rare opportunity to present its readers with a sophisticated survival kit for not just a few moneyed diners that can afford to travel to these restaurants, but as an eye opener for any of us in our relationships with food, that should consider sustainability.
The fun did not end with this first publication, there have been more ‘Cook It Raw’ journeys travelled. Porcelli brought the chefs to Mexico (the first female chef journeyed there from the US) and Ibiza so far. This artful, naturally coloured print including documentary photography and statistically illustrative graphics sums up the action during the first four of these locality-focused projects.
Like with the world’s most captivating visual art exhibited in museums and re-played in theatres, the best of the ephemeral, yet most senses indulging – the culinary art, can be savoured by its fans through this book. Each occasion was eternally frozen in the images and writing inside. The Earth’s natural diversity is celebrated in the most grandiose performance of those skilled culinary hands. Anyone interested in the evolution of fine dining should get this book, where insights into the chefs’ creative process contest the exotic discoveries they are invited to challenge.