"It is natural that each of us has different taste preferences, therefore most ratings are highly subjective. Unless one’s palate is universally considered as more experienced and thus eligible to be respected."

Be honest, as a customer what do you expect from your experience of dining out? We need assurances, since we want to make sure that our money is well spent when treating ourselves to anything, dining out inclusive. Here come the restaurant guides and where the world’s best gastronomy is concerned, the Michelin still rules.
Like Mao’s version of his red book, this publication stirred a revolution. While claiming substantially less victims, the Michelin’s content indirectly inflicted death upon some of the chefs it aimed to elevate.
The Michelin guide is the Olympus that most ambitious chefs desire to climb and reach its three star summit. Yet some refused the star awarded. The pressure is high and reputation is at stake when the chef whose name only, and not his direct skills, are involved. Joel Robuchon, world’s most starred chef was one of them. Back in 1992 he gave back his star. Obviously, he has not done it very often as his gastronomic chain of global restaurants remains in the peak of stardom. Yet, what this rare rebellion of the offshoots means? Added to the pressure, the star from Michelin creates certain expectations from the diners, that the chef does not want to commit for a long term and spoil. 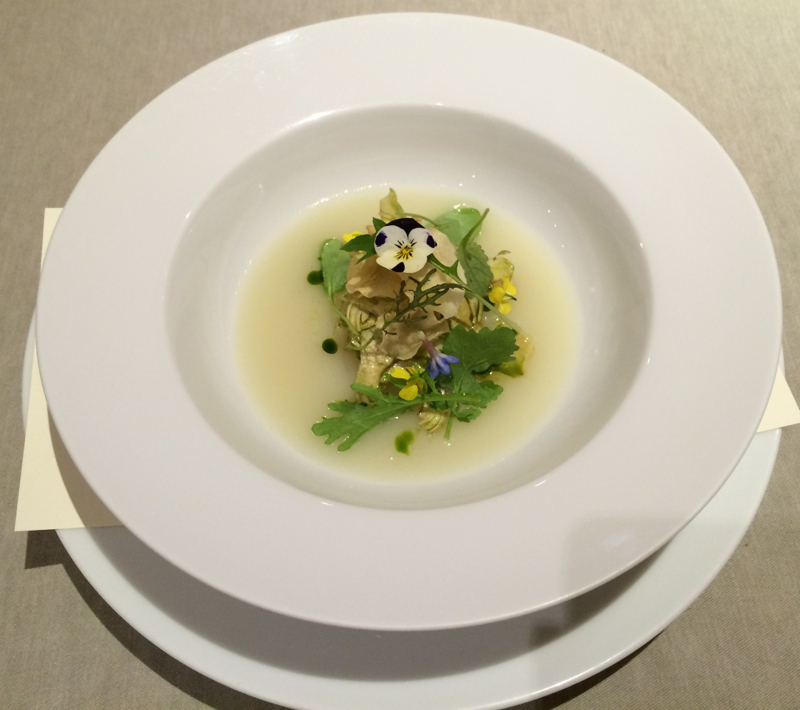 Challenges of fame for modern chefs

As your silverware cuts through a sliver of the superb hay butter, while the other diners pat a nosh of their buttery knobs on a warm crunchy crust of baguette (adventurous bread bun made with ash, foraged herbs or pig’s blood can be served as well), the tension in the kitchen rises the barometer to a boiling point. Any relaxing gastronomic meal is usually a pleasure for the diners, stark, in contrast with the storm blitzing through the kitchen, that is shielded from the audible public scene. Even the modern “open kitchens”, while ushering transparency between the working station and the pampered customer, does not let you penetrate into the adrenalin world of the cooks. The psychologists have established that the most stressful jobs are these of being a pilot and a chef.
Recently released, brilliant movie titled “Burnt”, shows the drama, the almost unbearable pressure and the poisonous emotions the Michelin rating can thrust upon restaurants of high calibre that long for such distinction. Bradley Cooper embodied a prototype of contemporary chef, tattooed from head to toe, swearing, compulsive and extremely hard working so he (substantially more Michelin stared restaurant chefs are male) could reach his high aspirations. Perhaps just a certain type of personality that is attracted to this job these days. The nurturing, holistic cooking of a woman cannot fit into the starred red library of the Michelin. The electrifying charge of some chefs’ lives is being insulated or ”solved” by alcohol, drug addiction, and in the most extreme cases a suicide of the chef.
A chef taking his life after loosing his star (e.g. Bernard Loiseau) is not a rare case any more. The latest victim was Benoit Violier, who ran three Michelin-stared Restaurant de l’Hotel de Ville in Switzerland and was voted by the French La Liste the “best chef in the World”. Burdened by debt, the sudden exposure, pressed the 44years-old decission to kill himself.
With increasing responsibilities, the job of a modern chef is also a choice of gruelling lifestyle. The amount of weekly working hours can bring to mind sweetshop workers in the third world countries. A partner of a chef in Melbourne in her essay for my favourite Kinfolk magazine described the challenges of their weekend-less, rarely together relationship. Contrary to what some women think, marrying a chef does not mean gourmet dinners and elaborate breakfasts served in bed. He does not linger at home much. A female chef cannot give her children the time they need with her. Helene Darroze acknowledged that being a mother while maintaining stars involved more nannies than family suppers. 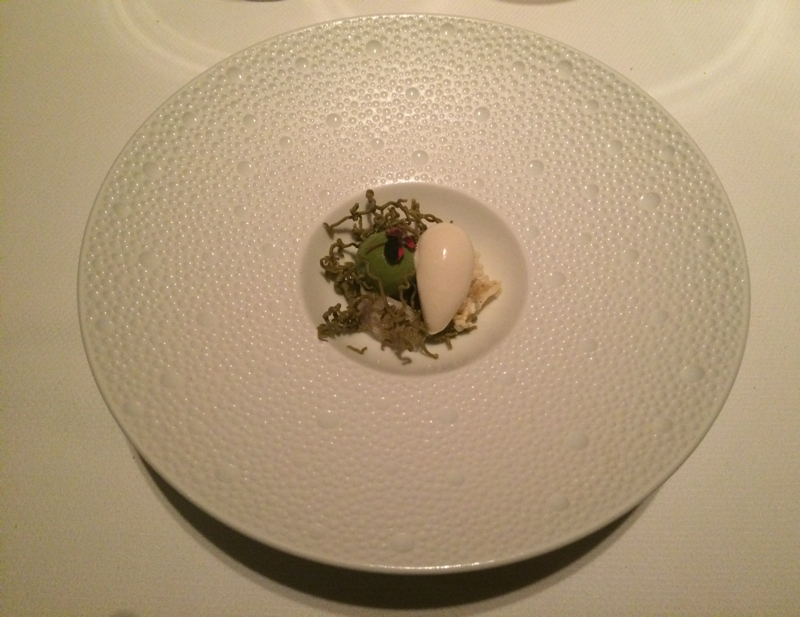 The poison injected into the democratically empowered Internet

Is it natural to be so personally affected by one’s job as the chefs do? After all, a pilot’s mistake can kill the entire passenger fleet, but what are the risks of not perfectly assembled plate? The grudge of a customer can spiral into empty dinner room especially so in the democratic age of the Internet. Although today the business savvy chefs can enjoy celebrity statuses, flying Business class and sell millions of books authored by someone else but bearing their name in the title, their usual business became more fierce than ever.
Beating competition is just one sieve a restaurant must go through, reputation is another. The latter became so fragile that any blogger or angry and strongly biased diner can deter hundreds and more potential customers from even sniffing into the restaurant. This lay, self-cast food “expert” rarely has set strong ethics and commitment to fair review as the critics employed by major publications or journalistically educated writers. Unlike the wild West of the Internet users, even the vile, sensations-seeking publications lacking sense for what is ethical, could be penalised.
The vox populi in interesting, but can skew the reality to unfair judgement as it is susceptible to spread plain mischief. Tripadvisor et al. are pernicious and one should always scan the reviewer’s other engagements on these platforms to get a better idea of the person’s reliability. Their popularity is bolstered by our need for sharing. We want to share our opinions with others and the Internet made it so easy, that many people took to reviewing their dining experiences online, perhaps too many. If these guides though did not have readers and thousands of followers, their judgement and thus non-existent influence would mean nothing. Most of us do not scrutinise as much as we should.
The venom of envy from other restaurants got even more poisonous these days. Any friend or relative of a certain restaurant employee can slam their hatred on any influential reviewing platform. No chef is going to sue someone posing as an honest customer negatively reviewing his restaurant.

The Michelin century of expertise

The centenary Michelin criteria are clear. The inspectors judge “quality of ingredients; flair and skill in preparing ingredients and combining flavours; chef’s personality as revealed through their cuisine; value for money and consistency of culinary standards”.
It is natural that each of us has different taste preferences, therefore most ratings are highly subjective. Unless one’s palate is universally considered as more experienced and thus eligible to be respected. The Michelin inspectors are considered to be unbiased and their judgement certainly should be if compared to most commercial bloggers motivated by earning money or getting freebies.
Integrity is a noble value and one has to be educated to cherish it or be personally committed to as I am. For this reason, I prefer systems based on objective rather than subjective criteria. 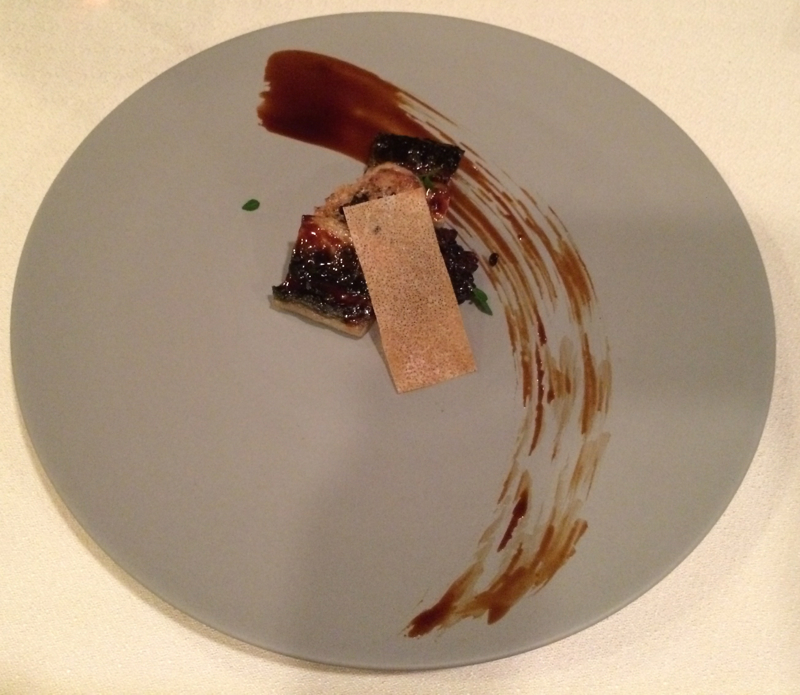 The Relais & Chateaux guides herd only “restaurants, each offering a personality which reflects locally sourced dishes and the talents of its Chef“. Sparing its followers of voiced criticisms, scores and other ratings, the restaurants included will offer a personal dining experience in a beautiful destination in sync with the Relais & Chateaux philosophy that is being upheld. It is more about following this certain philosophy than just numbers. Zagat, set in the US as the diners inclusive counterpart to Michelin, is increasingly popular, yet it tends to be better at some locations while weak in others (often in new destinations). The reason is mainly because there are no set strict criteria on its reviewers as the Michelin has.

The most important aspects of dining out

Competitiveness has always been the virus affecting chefs and restaurant owners. Its zeal can yield bountiful meals, but something else should be more important for us diners. The chef’s commitment to certain values benefiting us as well as the business. These values should be upheld and independently evaluated. Over the decade I swept the world’s best restaurants, worked for various dining magazines and later reviewed many that deserved my unpaid time writing about them, I concluded that these are the values that customers at restaurants should care most about: 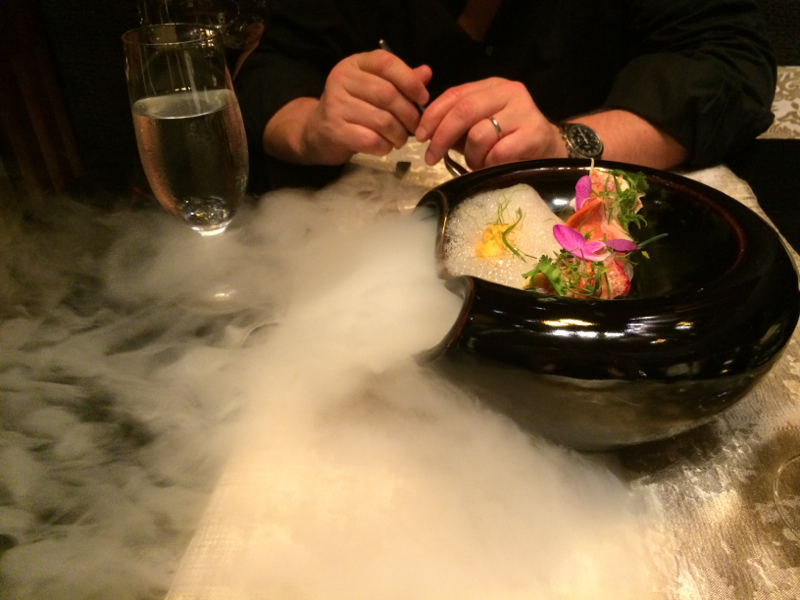 With the exception of the established, pr-resistant, serious critics writing for the Michelin, NY Times, LA Times, the Financial Times, the Figaro, and other traditional press, most of today’s ratings are misinformed, rather incomplete and on the extreme pole of being transparent. Sadly, with the attention the Top 50 World’s Best Restaurant list sponsored by San Pellegrino etc. received, Michelin now seemds to skew its ratings towards originality and not the values mentioned above. Why a great chef has to create constantly new dishes? Isn’t perfecting of a certain plate and consistently serving it in its perfect state better for the diner? Be honest, as a customer what do you expect from your dining out experience? I am curious to know.