"One has to forget the past at times. If just to allow a new beauty and discovery in. And that is exactly what happened with my rediscovery of the Tasmanian wines."

Tasmania is a much older wine producing region than you may suspect. In fact, South Australia, where today the biggest names in the Aussie wine scene nest (think of Penfolds and Torbreck of Barossa, Yalumba of the Eden Valley, Grosset of the Clare Valley), got its first grapevine cuttings from Tasmania! 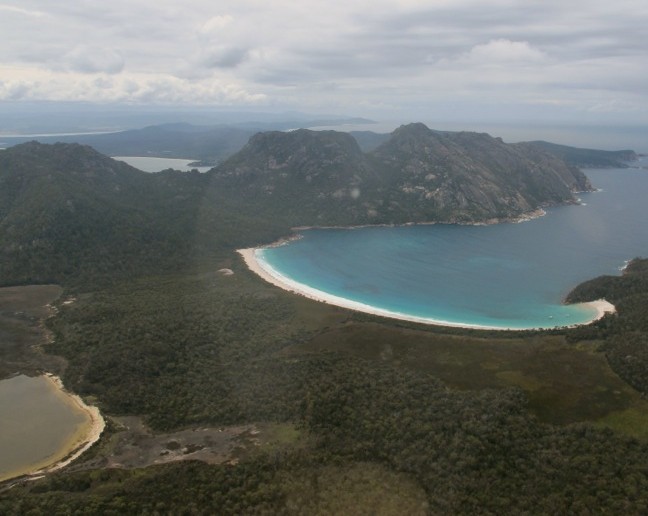 The first commercial vineyard was planted in its Southern part in the early 19th century. A broad palate of French varietals (Cabernet Sauvignon, Malbec, Pinot Noir, Syrah, Pinot Blanc and Sauvignon Blanc) had successfully rooted themselves in the local soil. Then came the gold rush and all focus had shifted to the mainland Australia. With most of the workforce following their golden dream, there were not many people to tend the vinous land. So, like in a trembling earthquake, a deep ravine in the island’s wine production had formed. Within a century mainland Australia slowly caught up with vine growing and wine making, while Tasmania remained frozen in its vinous ice age. 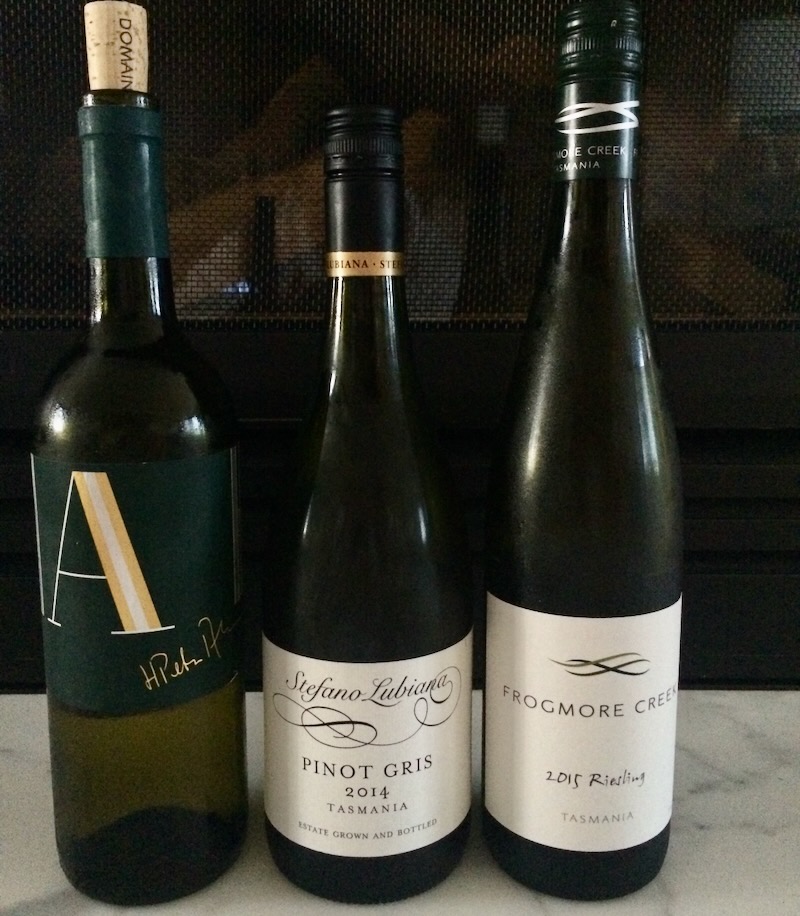 The winemaking activity resumed locally in the past decades, expanding to more than 800 hectares under the vines. More importantly, the appeal of the Tassie wines has been increasingly translated beyond its remote landmass. I remember tasting my first wine from Tasmania at a steakhouse in London. I put the wine in the same “too aromatic” bag with Australian wines, so it was probably a Shiraz. It was red, but not impressive enough for me to crave another bottle of any Tassie wine for years. It was my favourite red varietal, the queen of grapes Pinot Noir, that lured me back to sampling another wine from the island. Last year, a bottle of the award-winning Tolpuddle (they do not offer tasting) swished through my mouth, and I was quite smitten but not ravenous to sip on the entire island’s Pinot production. Tripping in the region this winter brought me to Tasmania and I could finally, open the wings of curiosity and try as much as there was, the best of course.

One has to forget the past at times. If just to allow a new beauty and discovery in. And that is exactly what happened with my rediscovery of the Tasmanian wines. Sparkling and Chardonnays as well as some of the Rieslings that I had tasted intensely over the week of my stay on the island, swayed my opinion on the vinous potential of Tasmania.
Large investments from abroad but also locally sparked up the light of the grown and made in Tasmania brand. Local money poured into one of the oldest continually runny wineries. The Moorila Estate, established in 1958, was swallowed by the $150m investment by an online gambling maverick, who built the controversial yet ultra-smart MONA – Museum of Old and New Art – underground on the property. Innovative ideas are welcomed with open pockets here in Tasmania, and this is usually where success tends to thrive.
Once you open any bottle of by the traditional Champenoise method crafted vintage Arras, you have to get more serious about what this country has to offer. Made by award-winning Ed Carr for the House of Arras, this is a proud pure Tasmanian expression of a complex sparkling wine. The sparkling wines in Tasmania bubble with an increasing resoluteness. Since 1985 Jansz has been solely devoted to sparkling wine, while the family-owned Puddleduck rolls its sleeves with their long on the lees and late disgorged Bubble Duck. I would like to taste these bubbly New World beauties blind next to the hyped up English fizz. Any volunteers? 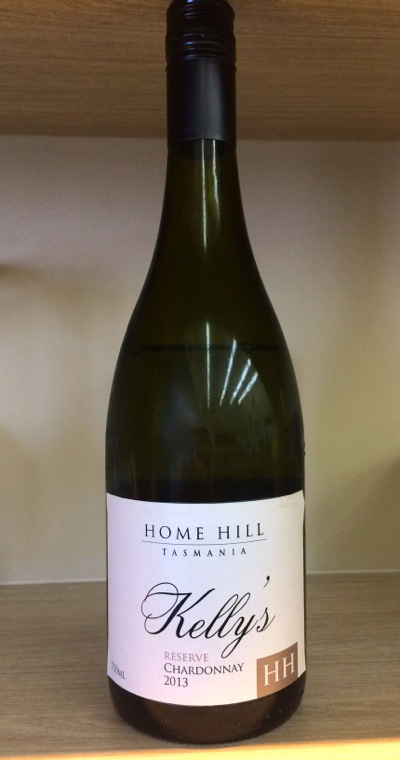 In this southernmost island belonging to Australia, the Antarctic coolness is its only other pal. The cool and dry climate of the Coal Valley a short drive from Hobart allows for slow ripening of the Pinots, letting more herbaceous flavours in. Still the Pinot here remains a New World exuberant specimen, that I would not trade for the fines in a bottle of most even village level Burgundies. The microclimate around the eastern Freycinet peninsula brings and holds more warmth into the area in the east part of Tasmania, where warmer climate loving varietals can survive.
Not many other local wineries had been so far competitive with their Cabernets, but Shiraz is bracing its sharp teeth on the vigilant Pinot Noir territory. The Pinots are interesting, but not jaw dropping. Chardonnay, Riesling and perhaps the bubbles blended with Pinot Noir are the real juices to look for there.
Any appellation or regional distinction law has not yet been formed, but the natural diversity yielding very distinct crop should be recognised. Tasmania has been blessed with quite a distinct geography and soil composition. For example Tamar River Valley, the oldest wine producing region on the island is founded on gravely basalt as well as clay and iron-rich soil, while the south Tasmania’s Coal River Valley has so complex soil composition that each site needs to be studied in detail.  For any wine drinker, the distinctions would make decisions at least better informed.
Here in the dry southern Tasmania biodynamic viticulture requires much less effort than elsewhere. Not many pests, as well as mildew, thrive in this by strict quarantine bordered land. 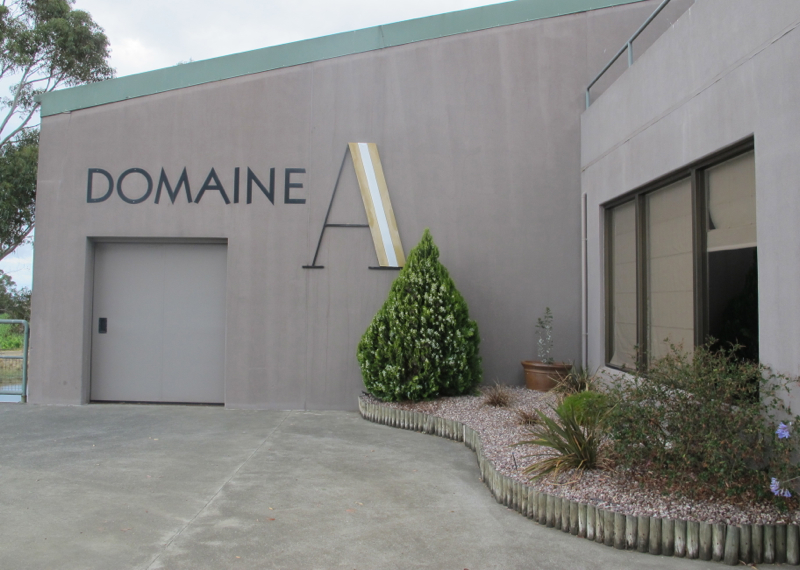 Domaine A sways confidence across the region

The most internationally acclaimed are the plush Cabernets by Domaine A. The current Swiss owner Peter Althaus took the reign of the original Stoney Vineyard in the Coal River to create wines requiring patience. This Campania property was established in 1973 and so plenty of years are needed to be able to appreciate the tannic wines that smoothen with age. Their Lady A Sauvignon Blanc was for me a stand out of their production since it was enjoyable right away. In an American style, you pay $8 for tasting which is redeemable on wine purchase.
The simple contemporary design of the Domaine A tasting room feels rather cold, but the location overlooking a small pond on the property makes up for the lack of aesthetic pleasure. 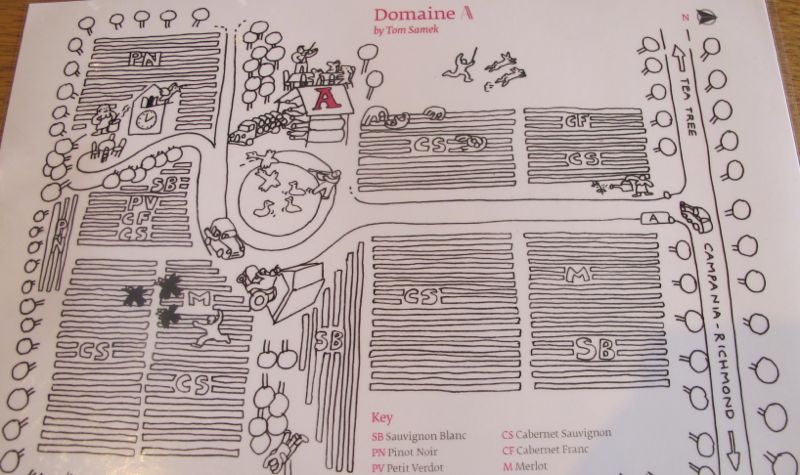 This is by no means a small business as four wineries have been joined to form a holistic wine offering. The sparkling wine is sustainably made at MEADOWBANK as a blend of Chardonnay and Pinot Noir by the locally popular champenoise method. Riesling is the lady of the modern organic operation at the Frogmore Creek winery though. Located in the belt of Coal River Valley, where cool and dry weather lets the Riesling shine in its acidic and mineral coat. I tasted their low alcohol (9.8%) dry FGR Riesling 2015 vintage. Floral tone, lime freshness sweetened by a sensation of honeysuckle makes a perfect light lunch companion.
Their restaurant is reputed to be one of the best on the island while the casual tapas bar overlooking the vineyards. In 2015 it was voted the ‘Tasmanian Restaurant of the Year’ so it is worth trying. Booking ahead is advisable. 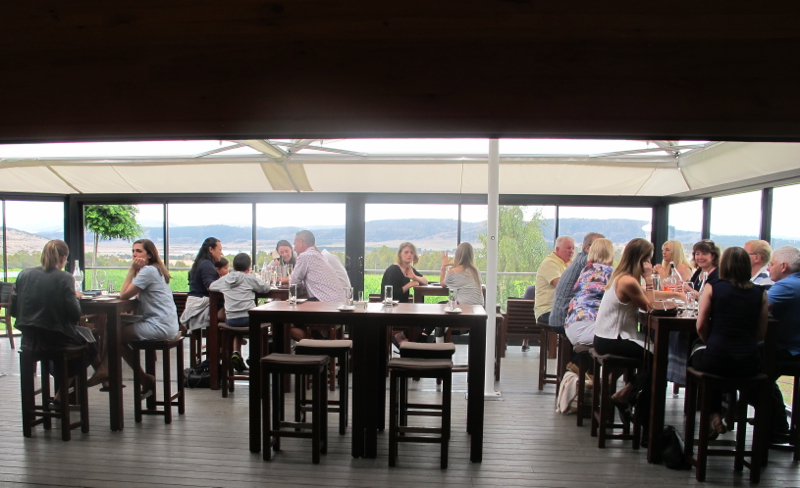 Puddleduck winery: keeping above the water with a pinch of vinous humour

We tasted the 2013 vintage Bubbleduck sparkling wine made from a blend of Chardonnay and Pinot Noir by a methode Champenoise (second fermentation in the bottle). This citrusy refreshment has a date of disgorgement as well as time on lees noted on the bottle. You cannot buy this and their other wines outside of the winery. Puddle Duck is a relaxed family outing encouraging a reversed BYO, a picnic that you bring along to enjoy with their wines.
Read more 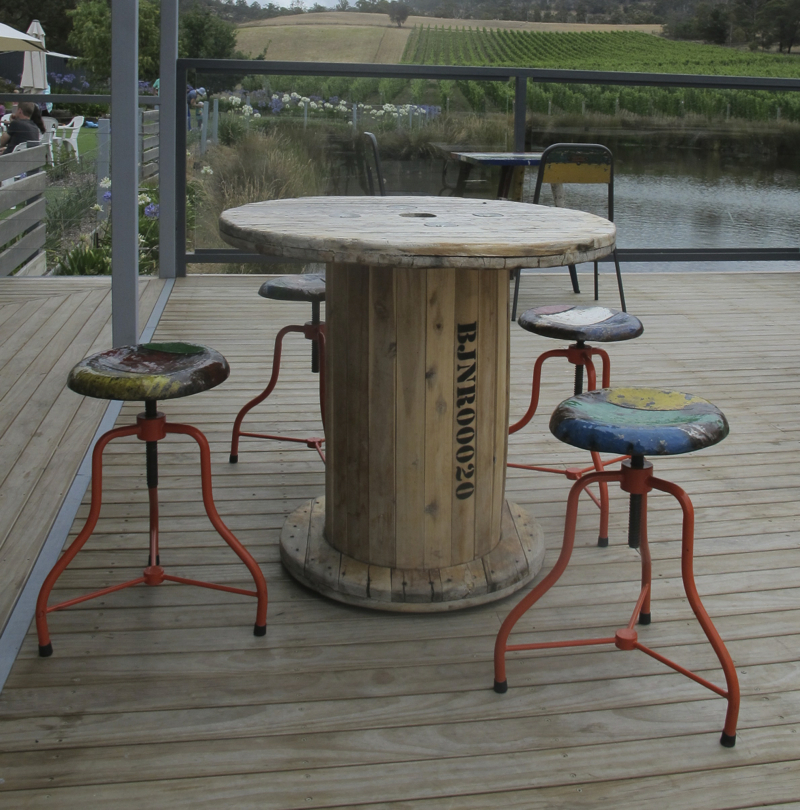 The biodynamically operated cellars of the Lubiana family echo their Italian heritage wherever you look. There are legs of ham hanging in the cellar, homemade grappa sharing the shelves with wines and now an osteria serving rustic Italian fare. At Stefano Lubiana also sparkling wine as well as a range of Pinot Noirs are made, but their signature bottling remains the Collina Chardonnay.
Read more 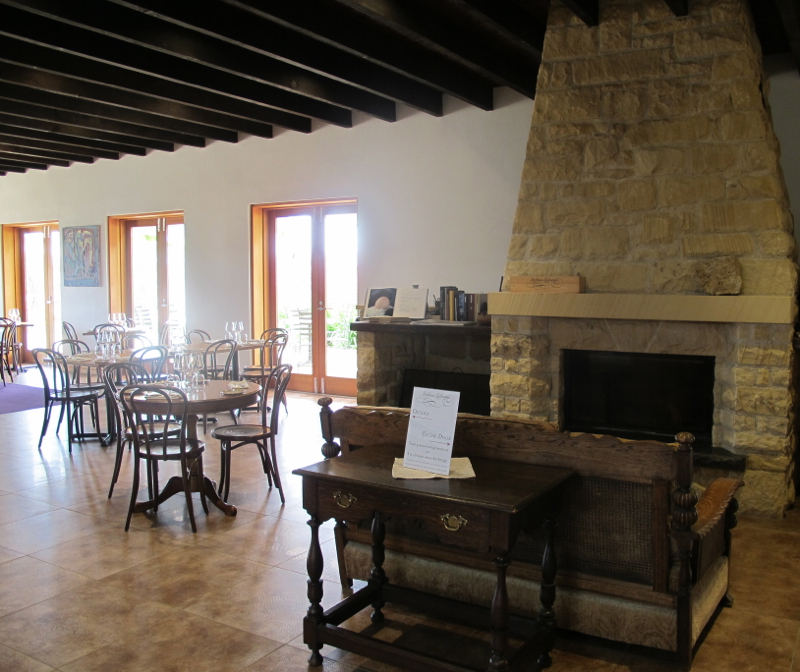 If you hesitate to buy some of the wines because of the high shipping costs then take advantage of the “Tasmanian Mixed Dozen” freight. You can mix one or more bottles from each of the participating wineries in a dozen case. Since most wineries sell only within the country this is the only way you can give your friends or family a taste back home.
The potential of Tasmania is slowly being recognised now, when global temperatures are set to rise. Whether its wines succeed in the fierce global competition remains up to the consumers judgement. One is more capable to fully appreciate what the producers locally have achieved thus far by visiting this still in wildness dipped island [read my travel feature here].