Lenka Sedlackova MW, has been in the wine business for over a decade. Based in London, she works with one of the best UK importers Fields, Morris & Verdin. She is the first Czech Master of Wine (MW). In this regular feature, she answers the editor’s questions themed around the world’s wine regions and other wine-related topics. Champagne and its rivals are my victims in this interview. 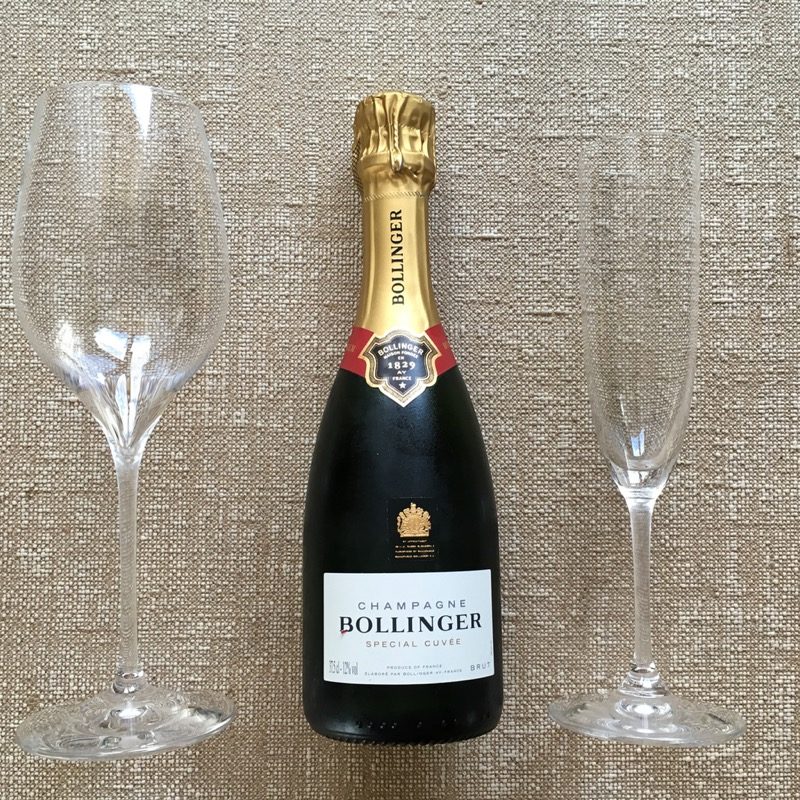 With the sales of English fizz growing, but still far behind the record selling bottles of Champagne in the UK, could you see any similarities between the two sparkling regional styles?

What are the major differences that can generally be drawn between them?

There are many similarities. Firstly, both English sparkling wine and Champagne are largely made from the same grape varieties, i.e. the trio or Chardonnay, Pinot Noir and Pinot Meunier. However, you will also find English sparkling wines made from varieties such as Seyval Blanc (Breaky Bottom is a good example). The soils are quite similar with a high proportion of chalk. Chalky soils are great for growing grapes, especially Chardonnay. The climate in England and Champagne is considered ‘marginal’ for growing grapes; what this means is that both regions have a climate that is at the limit of grape growing. Both regions are cool  with high rainfall throughout the year. Because grapes for the production of sparkling wine are often picked less ripe than grapes for still wine, this is less of a problem. Unless you have an especially hard year like in 2012, when English producers found it hard to produce decent wine if they made any (Nyetimber did not).
Stylistically, English sparkling wines have higher acidity than Champagnes. England is still a bit colder than France, unfortunately. Because of this higher, more perceptible acidity, a higher dosage [=a mixture of cane sugar and the estate’s reserve wine that results in higher residual sugar content] is often added. For instance, most Nyetimber sparklers receive 12g/l dosage, whilst the average in Champagne is around 9g/l.
In terms of production, England produces a fraction of the volume of that of Champagne. England produces around 5.06m bottles annually compared with 300m bottles of Champagne. It is a young industry, and although there is plenty of investment and new wineries are constantly popping up, it is unlikely to overtake Champagne production in the near future. The land is considerably cheaper in England though, the average price for a hectare of vineyard land is £25,000 whilst a hectare in Champagne can cost from €1.2m – €1.8m.

Take a bottle of N.V. Nyetimber, Ridgeview and Camel Valley bubbles, what Champagne house styles you could compare each of them individually?

I think English sparkling wines have the ability to stand on their own merit without necessarily having to be compared to Champagne. Whilst it’s inevitable to want to make the comparison, I think all producers you mentioned have their own, individual style. Camel Valley deliberately makes a softer style of sparkling wine and source their grapes from a variety of regions, each of which has something else to offer. 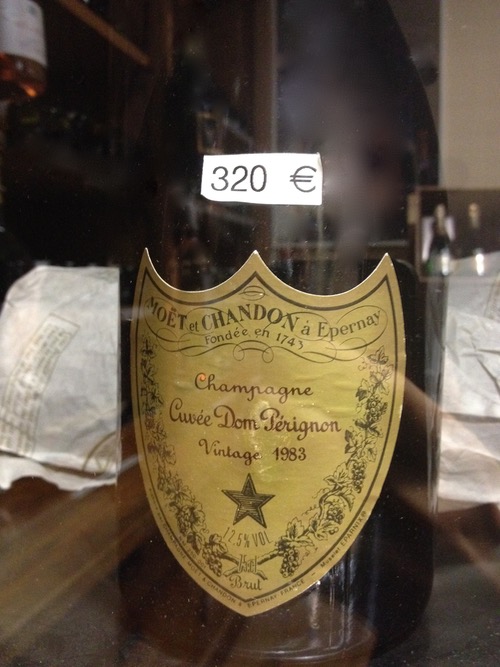 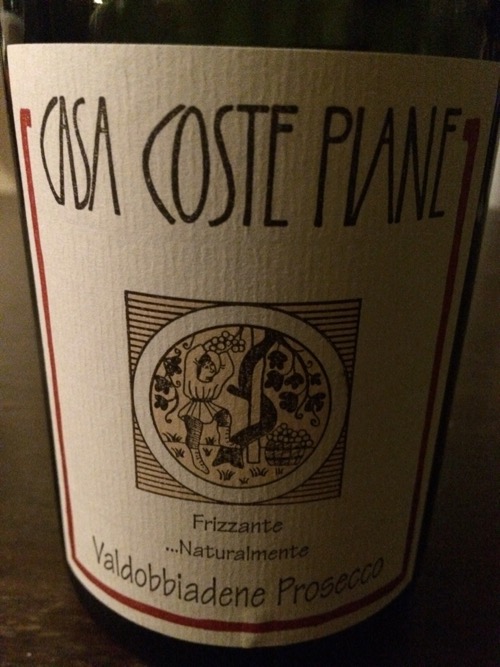 Since the financial crisis, Prosecco has been usurping the sales of Champagne in the UK, particularly in the N.V. (non-vintage) sector. Do you see the Champenois fighting back? Perhaps taking is as an opportunity to increase the quality and focus on more premium Champagne labels? And what about Cremant?

I wouldn’t necessarily say that Prosecco has usurped Champagne’s sales. Champagne consumption is on the up again, in fact. What Prosecco has done is take a considerable market share from Cava and, to a certain degree, from still white wine. Prosecco has graduated from being an ‘occasion drink’ as the majority of sparkling wines are, to an everyday drink. Because of its simple, easy drinking profile and good value, it has become acceptable to open a bottle mid-week, with friends or at home. Champagne is not necessarily seen that way and therefore the two are consumed differently.
With Champagne, you will always have this broad spectrum of quality, from the mass-produced cheap examples you see in European supermarkets via respected but high volume brands (like Moët or Lanson) to individually crafted, small volume grower Champagnes (like Pierre Peters) all the way through to prestige Cuvees (like Jacquesson Cuvée 700 series or Krug Grande Reserve). This is why brands are very important in Champagne, they give you the security of a style, price and prestige. There has certainly been an increase in the production of prestige Cuvées or single vineyard Champagnes and these have done very well. Great Champagnes are great investments and such wines can be highly collectable. In my opinion, prestige Champagne is one of the best investments. Value rarely goes down because far too much great Champagne is drunk too young.
As for Crémant, this category is seeing a slight resurgence, especially on the restaurant scene. Crémant presents great value for money whilst still being produced by the traditional method. But Crémant has a lot of competition, usually in the form of premium Cava, Franciacorta from Italy and new world sparkling wines.

Do you see Champagne loving customers turning more to the smaller “artisan” producers, that generally produce terroir-driven (even single vineyard) Champagnes with more character than a bottle of Moet?

I think this depends on the type of consumer. Those who invest in wine are certainly more interested in individuality and uniqueness. Grower Champagne attracts good press and there is general enthusiasm for it on the wine trade. This filters down to the consumer. In the UK, you can find specialist wine stores like The Sampler or online retailers like Clos & Cru whose portfolios are known to include the more artisanal, interesting growers. Of course, where your average, non-connoisseur consumer is concerned, brands are still king. 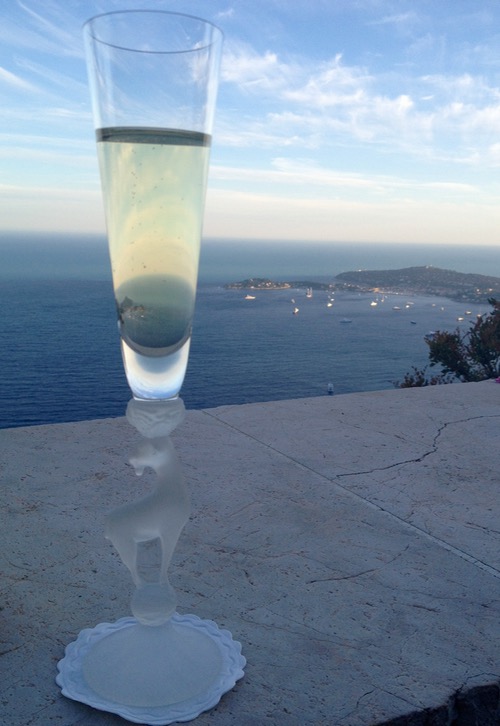 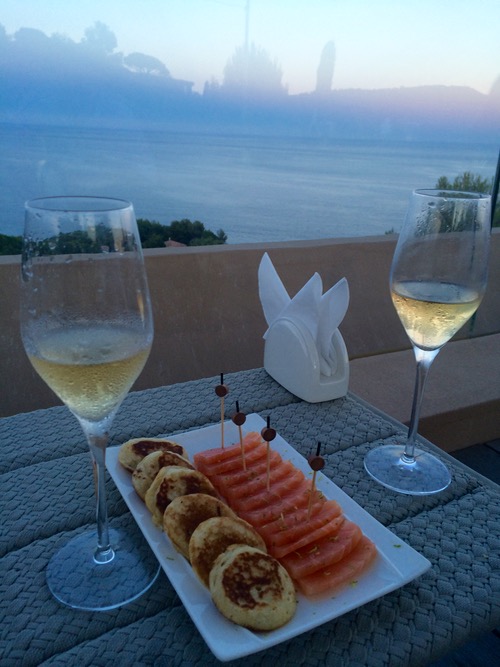 Your recent achievement, being titled the first Czech Master of Wine, was surely a reason to celebrate. Congratulations! Champagne being the choice for merry occasions, what is your favourite bottle for events like this? Any particular vintages you are fond of?

I tend to collect random bottles of Champagne from producers I like for such occasions. My husband [also MW) is fond of finding birth year Champagnes for me as well, as Champagne just happened to be one of the few regions where my vintage was a good one! I celebrated with several sparkling wines over the week after my results came out. The bottle I enjoyed the most was ‘Substance’ from Jacques Selosse. This is a very small producer whose style is quite unique. The base wine for Substance is aged in a solera (a bit like sherry!) and this gives it a certain richness and complexity as well as making it a NV style. I also enjoyed a bottle of 1996 Krug (one of the great recent vintages), Jacquesson Cuvée 734 DT (late disgorged after many years on lees) and 2002 Cuvée Nicolas Francois from Billecart Salmon, another fantastic vintage that has just been released. Because I wrote my final dissertation on the subject of Cava, I also had to treat myself with a bottle of 2006 III Lustros from Cava Gramona, one of the best Gran Reservas on the market.

At the other spectrum of the money game, what would be a good value Champagne tantalising your palate?

I have recently discovered an interesting small grower called Emmanuel Brochet. Excellent value at around £30 a bottle. His style is medium-rich as the base wine is oak fermented and this is balanced by a small dosage, making an Extra Brut style. Great value for money often comes from up and coming growers and small producers (unless it’s Christmas and we are inundated with discount deals!), to name a few I would look for Rene Geoffroy (very dry styles), Cedric Bouchard (the excellent Roses de Jeanne) or Champagne Bereche. 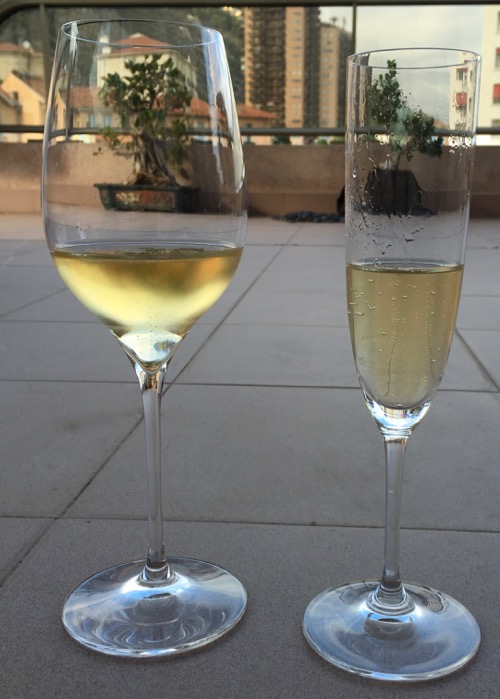 Where in London would you buy and drink Champagne?

I tend to buy from Berry Bros & Rudd but then I work for them so am a little biassed! Also, try The Sampler and Philglas & Swiggot.
When it comes to bars, you simply have to visit Bubbledogs in Charlotte Street. They have a fabulous selection of grower and artisanal producers and often get small parcels of hard to get Champagnes.

We discussed your passion for Cava recently, why do you think it is Prosecco and not Cava, which uses the traditional second fermentation in the bottle method like Champagne, that is becoming more popular as an alternative to Champagne?

As I said before, I don’t think Prosecco is necessarily always the alternative to Champagne, but there are consumers who have made this shift. I think it’s Prosecco’s easy-drinking style and hint of sweetness that makes it appealing to many. It also has softer acidity and is, therefore easier on the stomach. It is not cost prohibitive and it is totally reliable when it comes to the style – you always know what you’re getting and the simple, aromatic style is attractive. Cava has had a bit of a wake-up call and we have seen a move towards premiumisation and overall better quality wines. Things simply had to change. Because most Cava is made from indigenous Spanish varieties like Xarel-lo, Macabeo and Parellada, these varieties give it a specific flavour. Xarel-lo has a distinct herbal, slightly bitter note and that is not always to everyone’s taste. The thing is, Cava is very versatile and can (and should) be paired with food. Prosecco is best consumed as an aperitif.

Where in London can one learn more about and/or enjoy a great meal paired well with Champagne?

Texture restaurant (1*) is known for their Champagne list and here you can try some really interesting combinations. The above mentioned Bubbledogs has a small restaurant called Kitchen Table (1*) and they also do interesting Champagne and food pairings and sometimes even host Champagne dinners! Newly opened Blandford Comptoir also has a great Champagne list.