Menton is annually spoiled to receive the most sunshine hours in Europe. No wonder then that the coastal town cutting the border between France and Italy has historically attracted English travellers and seasonal residents. The sun-loving flora thrives in its terraced slopes. Since the nature’s whimsy produce covets Menton’s favourable microclimate the Menton market is bountiful. As you bounce around spot on the citrus orchards and vegetable rows stretching on each available patch of land. 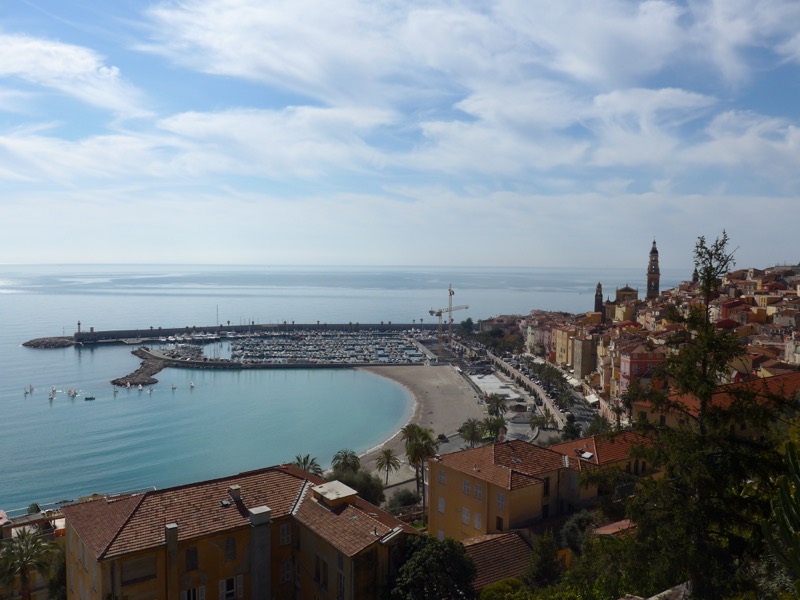 In this garden of Eden grow not only the famous local lemons, but also oranges, kumquats, as well as one of the forefathers of the modern citrus fruits – the citron (Citrus medica) – a giant fruit with a rough yellow skin and thick white rind (albedo). Shaved in thin slivers like a truffle the cedrat (citron) makes a wonderful plant-based carpaccio. Just a drizzle of olive oil and a coarse or flaky Guérande salt and voila, a healthy gourmet delicacy will blow your palate!
The Mentonnaise celebrate the lemon in an annual fiesta. La Fête du Citron in February lasts for the entire month. The history reaches almost a century back to 1929 when a local hotelier organised a flowers and citrus exhibition there, which later evolved into a lavish parade of floats decorated with the lauded citrus.

Its lavish history hints on Menton’s attractiveness. From the founding lords of Genova (12th century) it was bought by the Monaco’s Grimaldis, who ceded Menton and the nearby Roquebrune as they proclaimed themselves “free towns under the protection of the kingdom of Sardinia”; Menton’s faith was finally sealed by the Treaty of Paris in 1861, when it was attached to France. Like in Nice, the British vacationers seeking sunshine attracted hoteliers and architects to the area, giving rise to its opulent villas and hotels. 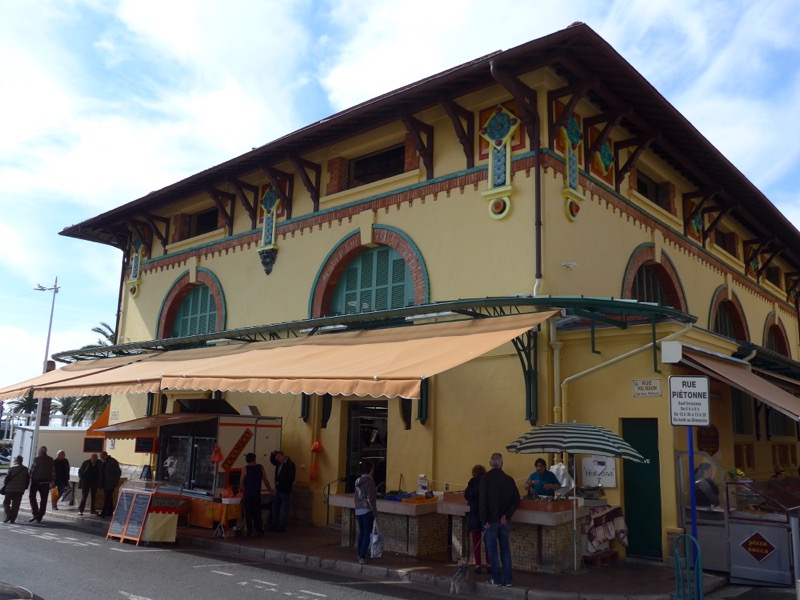 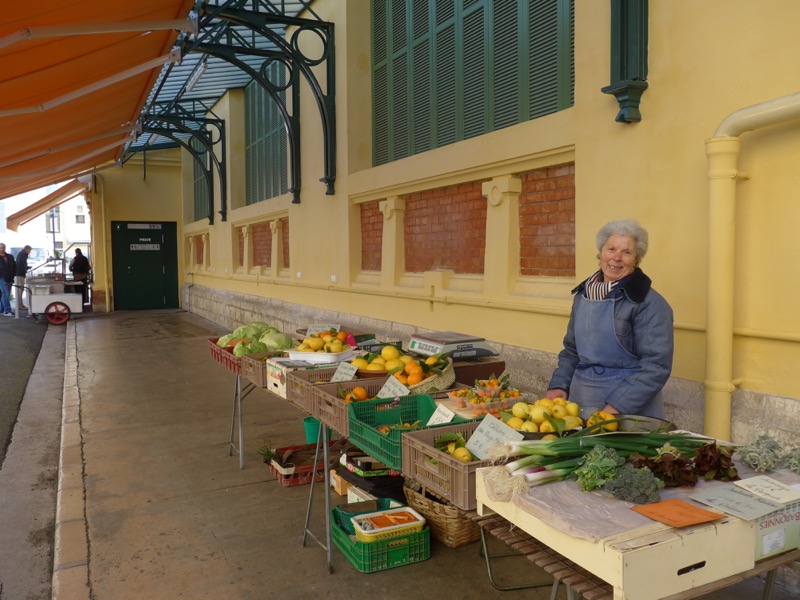 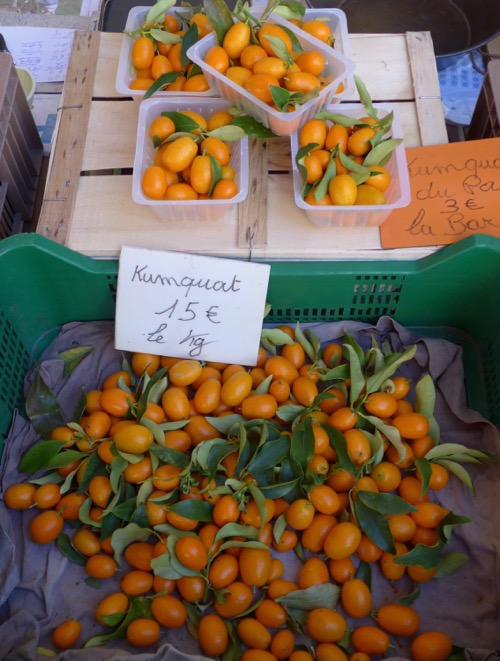 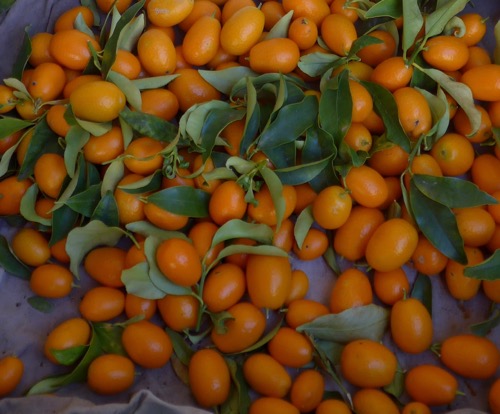 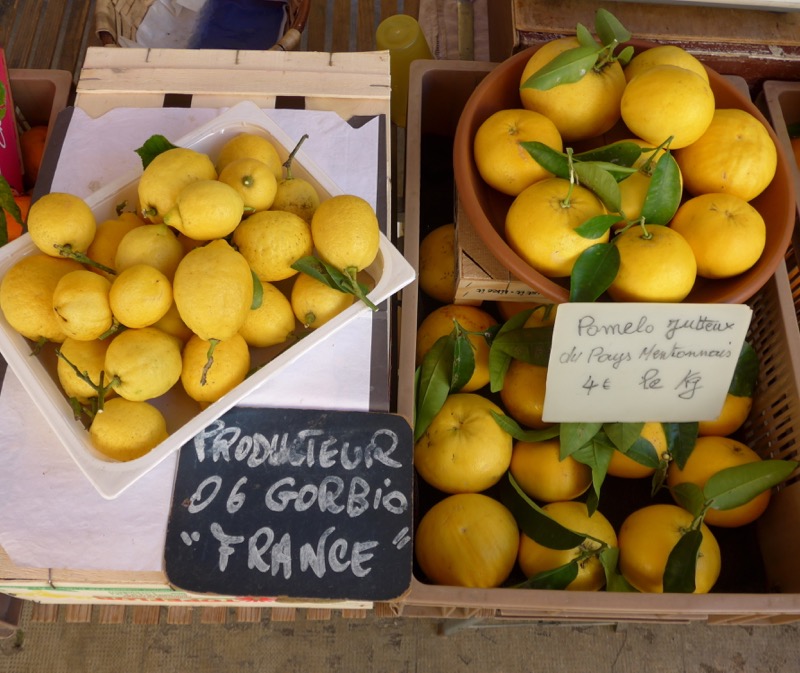 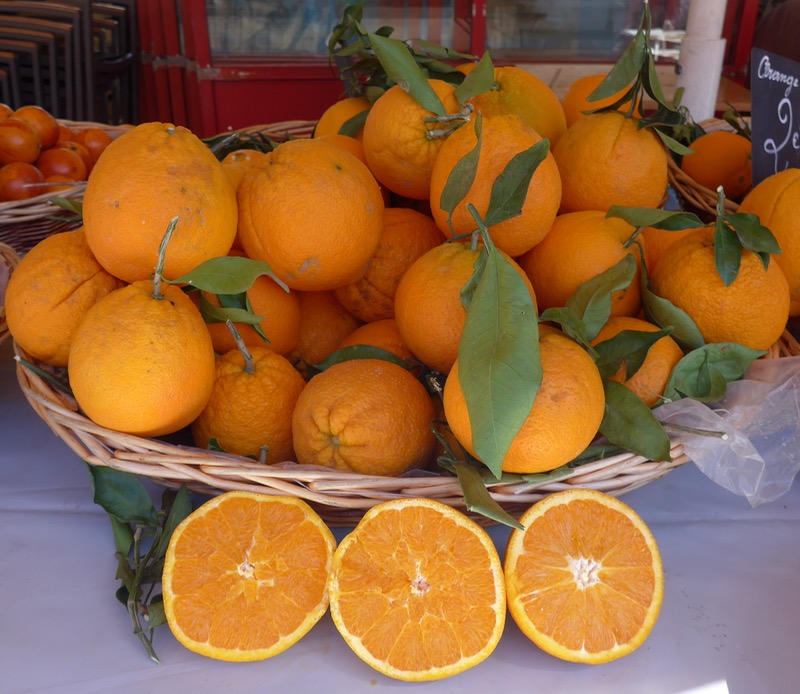 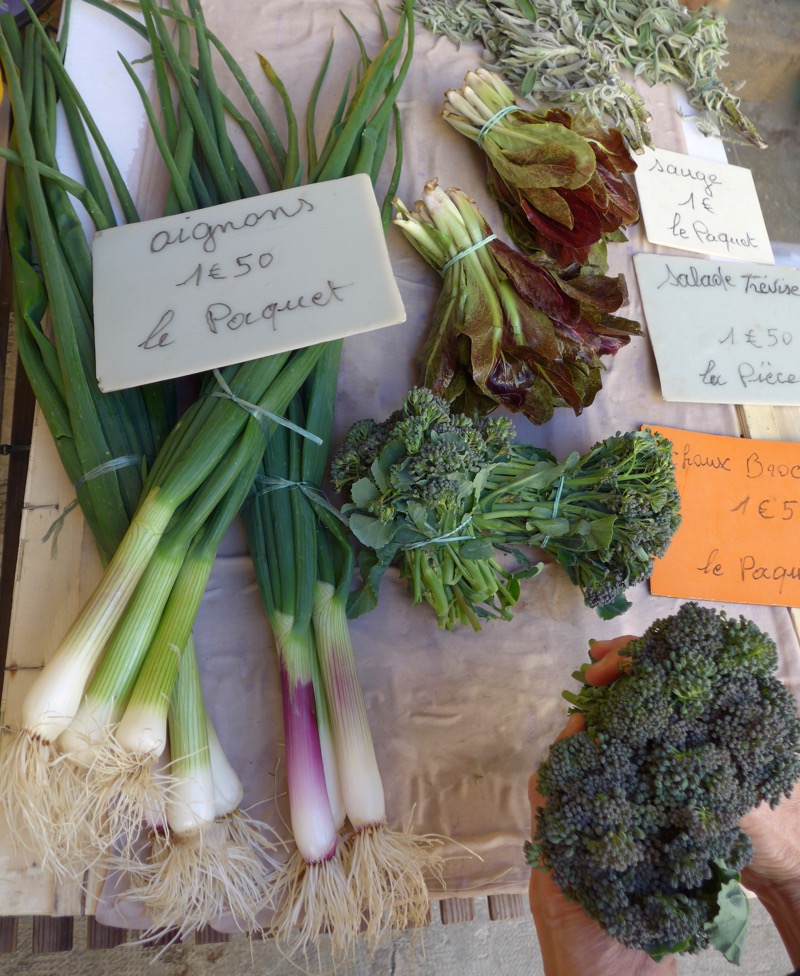 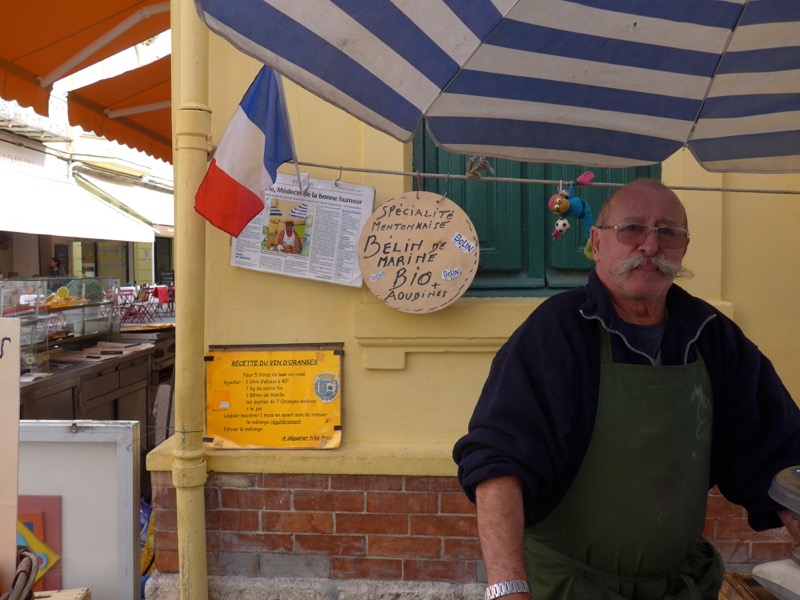 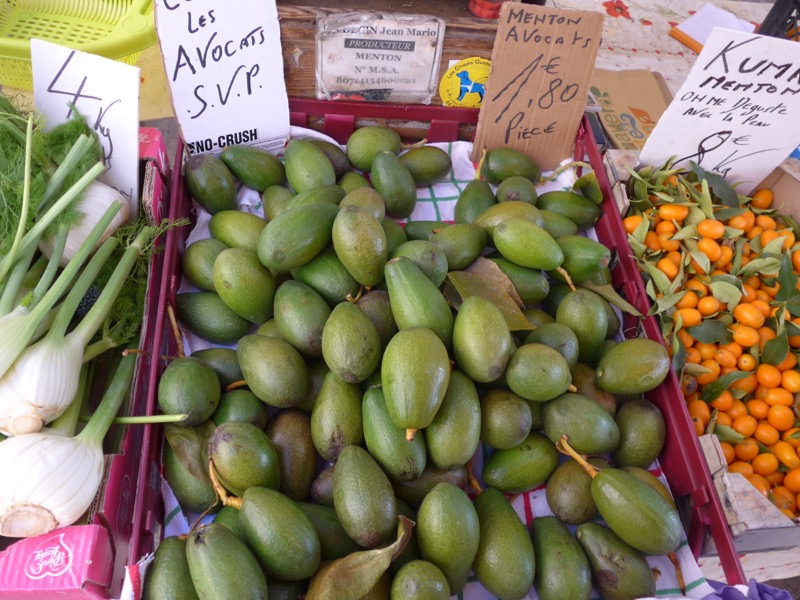 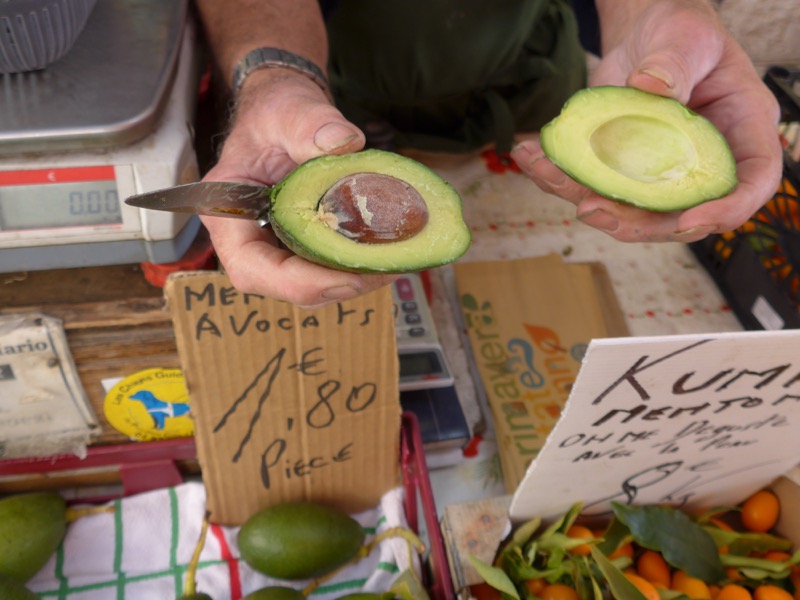 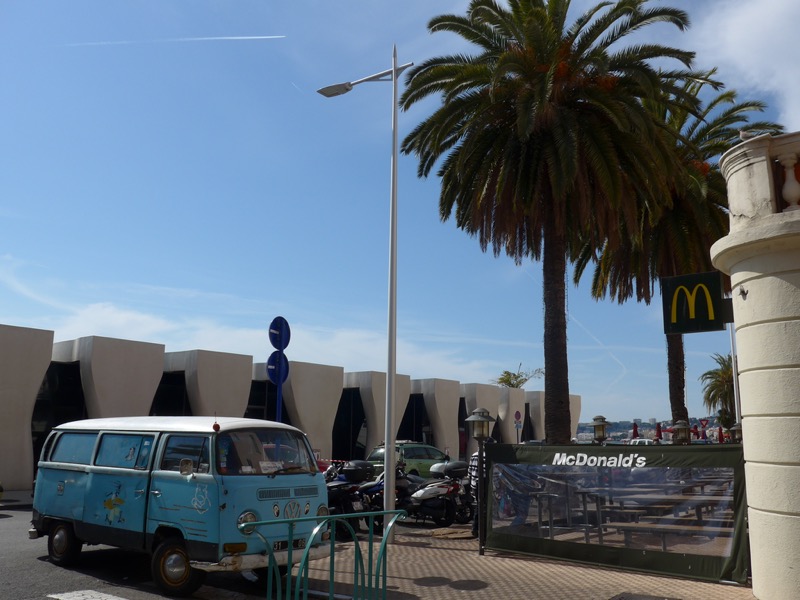 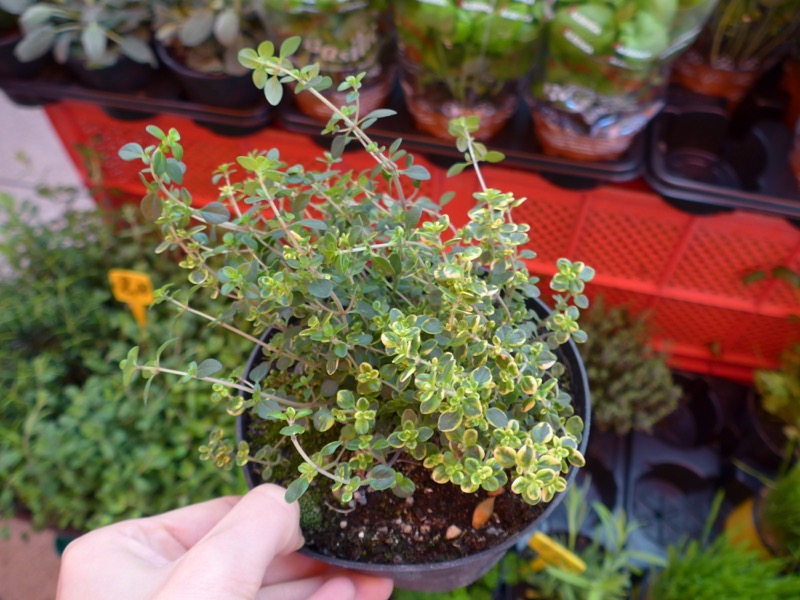 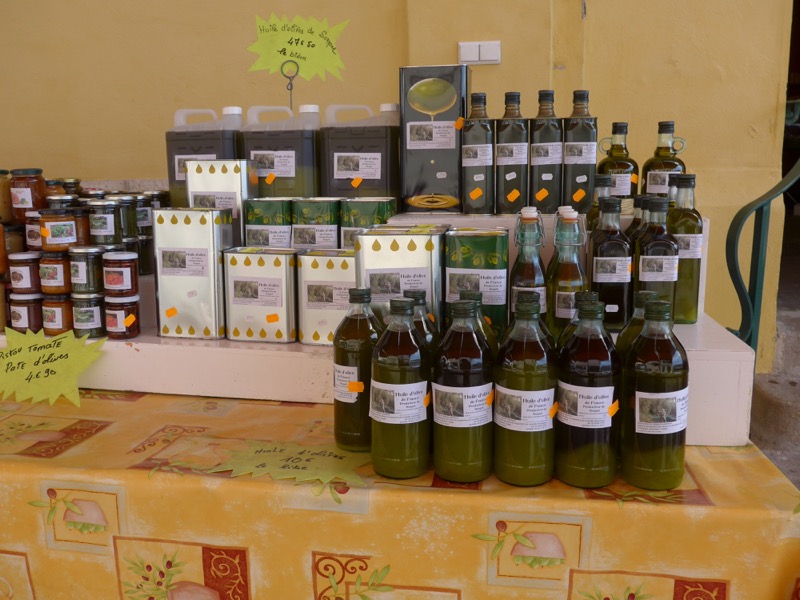 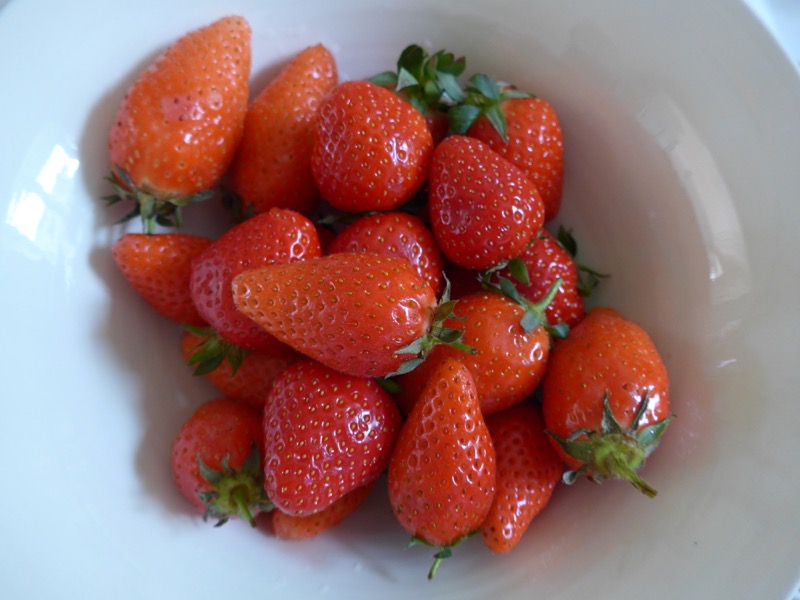 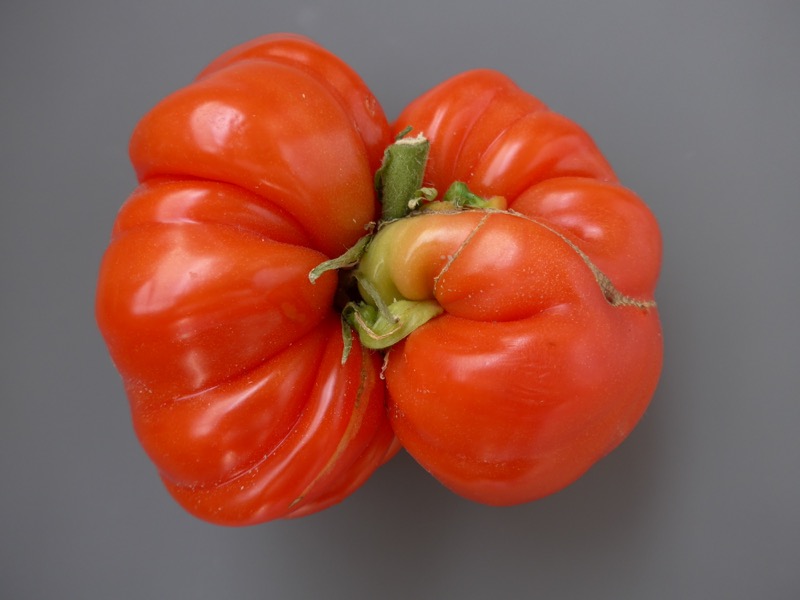 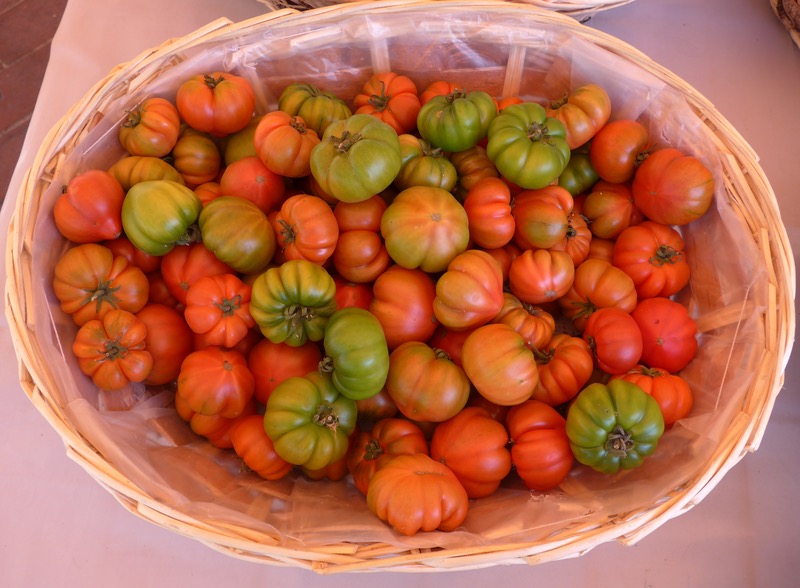 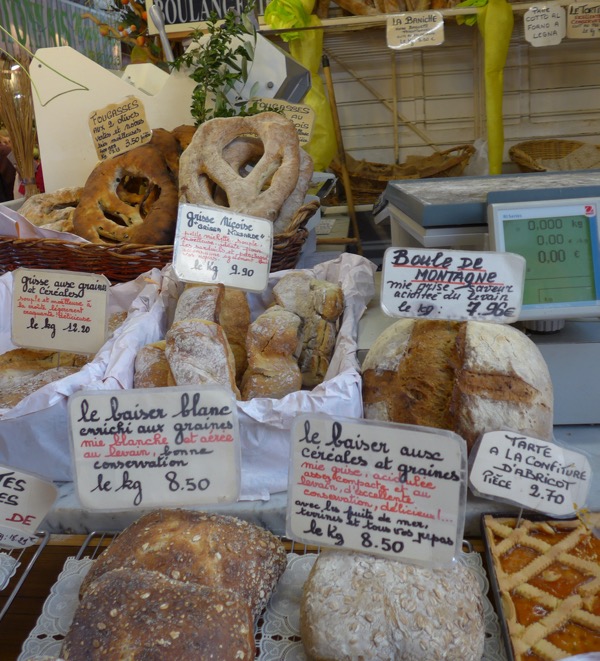 Perhaps also the town’s architects were inspired by the sun and the Mediterranean, as in a perfect harmony with the bright sky, the facades glow with intense shades of Sardinian red, Sienna yellow and deep green.
Menton also has probably the sunniest market in Europe. Perhaps only some markets in Sicily and Southernmost Spain can rival its leading position. Orderly, the Menton market building (Les Halles in French) edges on the old town (Vieux Ville), a seafront promenade, and the bright light reflecting port. The colourful marchè touches the modern museum of Jean Cocteau, who infatuated by the region, left plenty of art imprinted on its walls, its churches and the town hall.
Inside the Menton market, the established local players regularly set their produce. Here, you find impeccable cheese from French and Italian cows and sheep, the local mountain goat’s and the famous appellations from all over France at Le Coin du Fromager (the fromagerie across from the butcher shop to its right is also superb). Artisanal butter, as well as other dairy and at home pickled or preserved produce, are sold at the middle lines stands. Small meat vendors are lined along the walls, including a specialist Maitre Volailler (literally a poultry master). The animal sector is bordered by an award-winning bakery (Boulangerie Baiser du Mitron), whose baguettes, ancient breads, pastries and even some slightly exotic bread (black charcoal; Scandinavian) with attached practical notes and tips to accompany perfectly your meals. In the other half of the indoor market are mostly vegetable and fruit vendors, with one of a particular interest – a dedicated potato farmer. Offering seasonal varieties of this underground treasure, he will inspire you for a recipe if you demand. One tastes like hazelnuts, the other has more citrusy zest, one would have never thought that potato can be so complex and delicious!
Outside, cornflowers, narcissus jonquils, and other sun-loving flowers fence the jasmine hued walls, and small local farmers like Francine (her courgette flowers are the best you can ever get) and the humorist producer “Médicin Jean Mario” sell their gems from minuscule gardens. Jean Mario grows super creamy avocados and anything that intrigues his outspoken palate. The oranges thrive on the sunny hills, and you will find many types of these bright ball shaped citruses in the cascading orchards and the Menton market tables alike. We have made a superb orange marmalade from the species grown in a friend’s garden spiking just above the old village. There is much more to explore on the Menton market stands than just the celebrated citruses. From creamy avocados, olives to mountain honey. 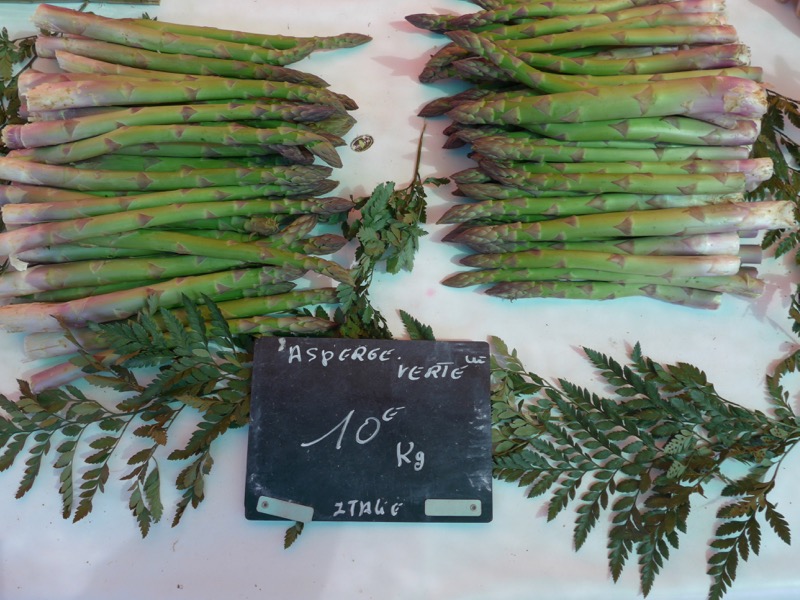 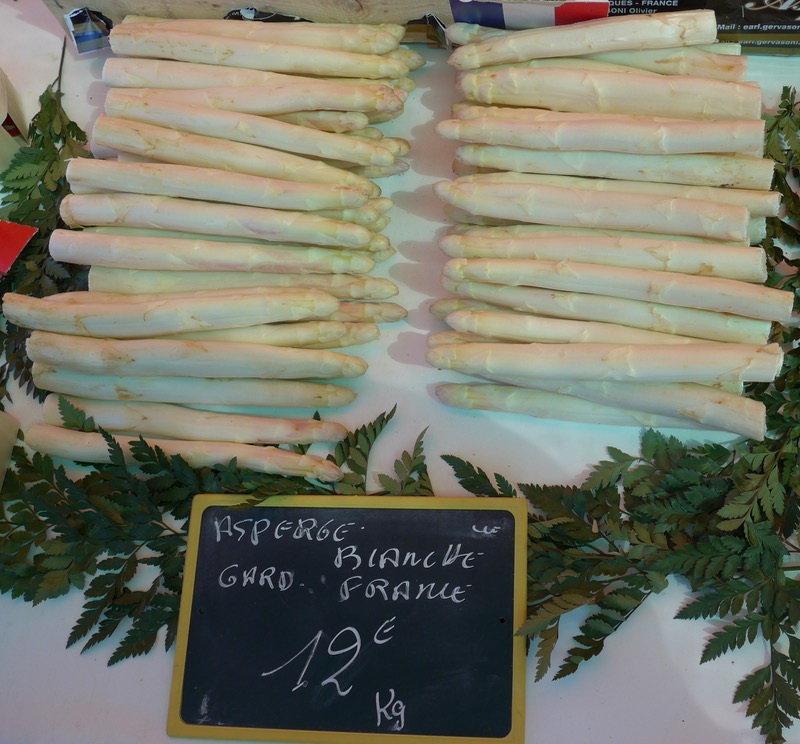 Some superb produce pops up seasonally. In spring look for the white asparagus, that shaded from the sun does not acquire the chlorophyll tinge and grassy flavours. Rather sweet and tender, it pairs wonderfully with fruity and sweet olive oil such as the one sold at the nearby St. Michel Olive Oil store. Tangerines bulk up in the winter, while herbs like rosemary, basil and parsley, not in need to be grown in the greenhouses, spring up throughout the year.
Ready to eat, similar specialities to the nearby Monaco, Nice and Ventimiglia streets are sold around the market. Try the “barbajuan” (Monagasque fried vegetables and rice), the niçoise chickpea flour based socca, pichade, stuffed fried courgette flowers in the late spring season or a slice of pizza like onion tart with anchovies known as pissaladiere.
The old port town is further naturally positioned to offer the bounty of the Mediterranean sea.
Seafood specialities: fish fry (poutine), red mullet, sardines, sea bass (loup, branzino), sea bream (dorade), turbot, sweet shrimps from nearby San Remo and other seasonal seafood is sold by the fish monger inside and right next to the covered market there is a slightly cheaper seller. Either will fillet the fish upon request.
Many famous artists fell in love with the sunny charms of Menton, Jean Cocteau who settled on the French Riviera in the 50s, often came to Menton and created three works in the city, a mosaic and wall paintings that can be admired today, so before you fill your bags with heavy produce walk around and enjoy the sunshine, that so often caresses its cobbled streets.
Marché Couvert (Les Halles), Quai de Monléon, Menton, France Daily in the mornings + 33 4 93 35 75 93