As the “artistic director” Alain Ducasse is not cooking at his restaurants very often, instead, he is “the one who carries the vision”. The French native and multi-Michelin chef is passionate about all aspects of his vocation, yet the most fascinating is “the ceaseless quest open to the world of generosity, sharing and conviviality”, and also “this research for always renewed gastronomic pleasure either by new ingredients, techniques, unexpected blends or original aromas.”  Tradition meets innovation in Ducasse’s growing global restaurant empire. His first gastronomic incubator, the Alain Ducasse restaurant at Hôtel de Paris in the heart of Monte-Carlo, was after a quarter of a century renamed to carry his nominal glory worth the glamor of the Louis XV, its former name. Aside to the physical decorative changes of the interior, the signature recipes remained unchanged. 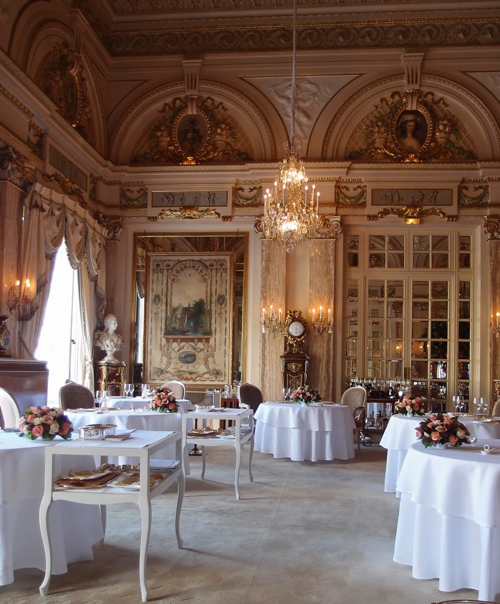 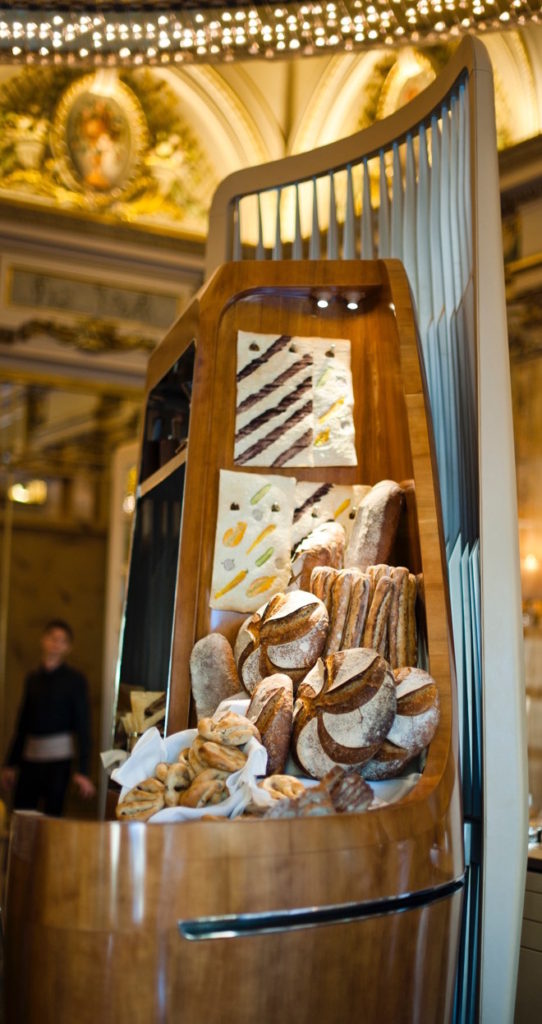 His portfolio now includes 25 restaurants. I have dined at nine. Some, I loved, while others were rather disappointing for the high price tag attached to them. In the three stared Monaco, Paris (Plaza Athenèe), and London locations, the gastronomic pleasure was maximal. Unfortunately, his trendy escapade into Italian cuisine did not persuade my spoiled palate. In St Tropez, the Spoon at the Byblos is a culinary joke set up for the party crowds. Luckily in Monaco his enviably al-fresco positioned La Trattoria has improved its focaccia, pizza and the al-dente pasta. By Ducasse owned country estates (Hostellerie de l’Abbaye de la Celle and Bastide de Moustiers) in Provence offer abundant natural pleasures in their casual settings, and so does the rustic restaurant at the Andana estate in Tuscany, that the chef co-owns. Throngs of the world’s best chefs passed through his kitchens. From the eccentric genius of Massimo Bottura through some of the rare female Michelin chefs of the Heléne Darozze calibre. 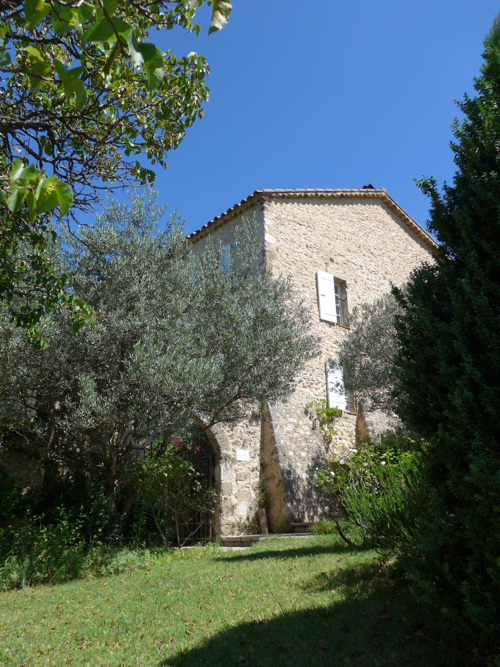 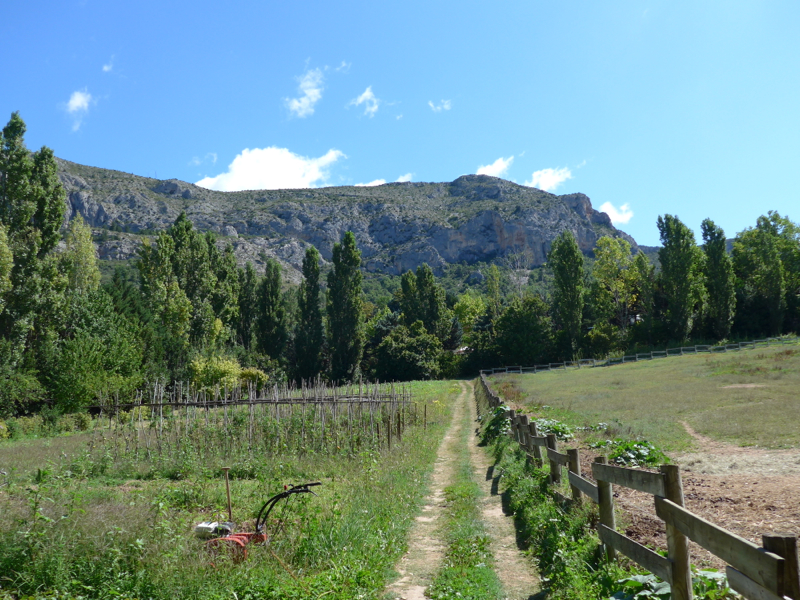 From farm life to a global career

Growing up on a farm in the Landes, where his grandparents gardened and parents raised geese for foie-gras, has imprinted a genuine respect for nature’s produce on Alain Ducasse. His accent on the grower, fisherman or hunter whom he knows personally, is boldly displayed in his bible-thick culinary guidebook of the Côte d’Azur. At his flagship three Michelin stared Alain Ducasse restaurant at Hôtel de Paris his team sources vegetables mainly from Menton grown by Alexandra Boyle at her Jardin des Antipodes; the regional chickpeas are pampered in the ground by Noëlle Taxil-Wardell; Patrick & Pascale Duler grow in their truffle terroir fragrant wheat at Domaine de Saint-Géry; the wheat comes also from Soisson, then wild quince, blackberries, cassis, are sourced from Lazer in the region of Hautes-Alpes; seafood is caught by Mickael Perez (Gard); poultry by Arnaud Tauzin in Landes; Pyrénées lamb by Jean-Marc Salies; and goats cheese by Isabelle & Georges Monteiro in Peymeinade. His cooking was always farm-to-table. 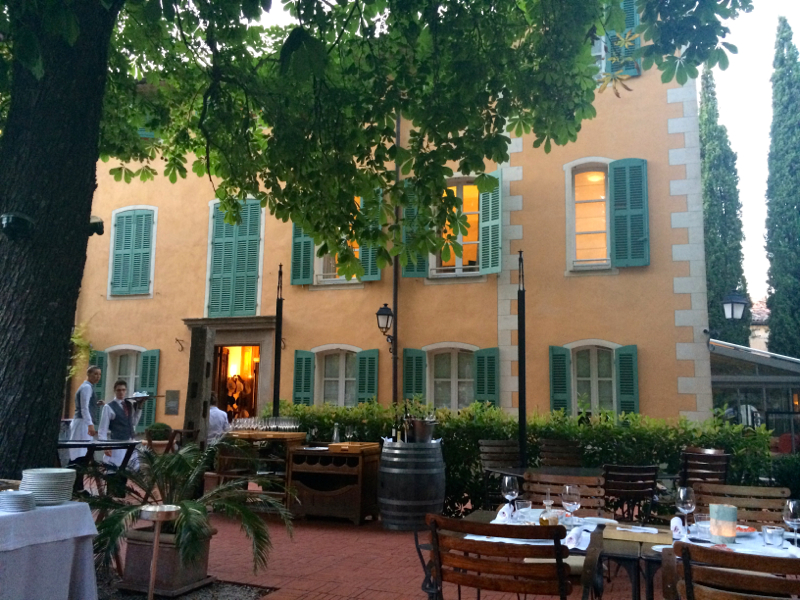 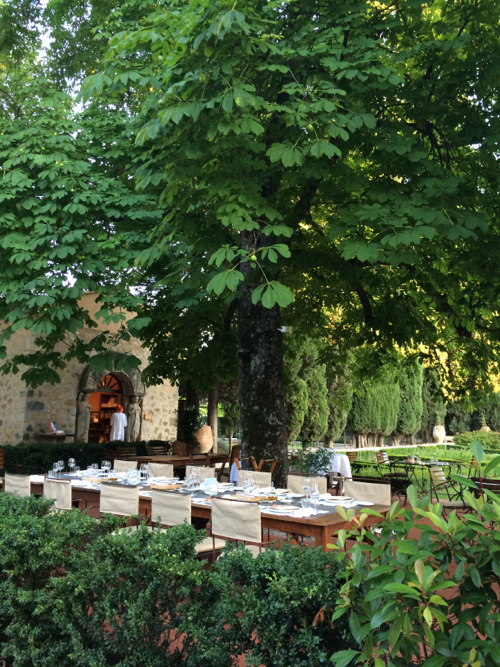 The multi-Michelin chef picked his vocation in his early teens. His grandmother cooked from the garden produce in the family’s kitchen. In his book Ducasse describes the culinary spark. One day when his grandmother prepared haricots vertes, he complained about them being overcooked. Puzzled, she teased him: “Well, if you want to cook …”, planting an appetite and fertile idea into the little boy’s mind that would determine his entire life.
During his teenage formation, Ducasse apprenticed with the best French chefs at their time – Michel Guérard, Roger Vergé and Alain Chapel. Chapel became his mentor – imprinting authenticity of flavours, respect for the ingredients and mastery of cooking into Ducasse’s guiding principles. In his ceaseless admiration the celebrity chef said about the culinary guru of his time: “One doesn’t find in his cuisine any faulty note, no pretention, any artifice.” Simplicity and natural grace on the plate define Ducasse’s cooking. To his credit, these are much harder to attain than masking the integral flavours under a heavy sauce and cream. 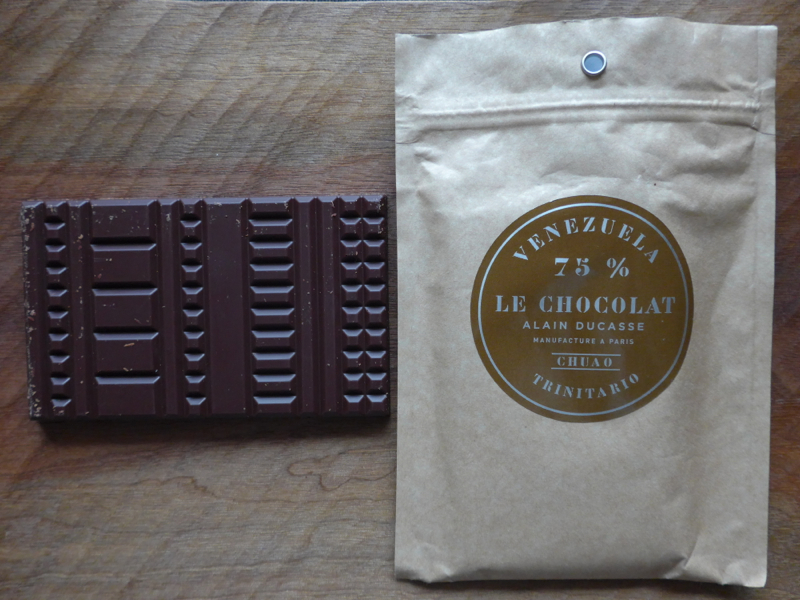 Alain Ducasse, the growth of a businessman

The success of his restaurant in Monaco swung him to Paris, London and far beyond the Europe’s borders. The stars came soon after the openings. With growing commitments, the signature frames wearing chef applied smart management strategy to his restaurants. Training a capable chef carrying his vision reliably became the cornerstone of the diners’ applause. Alain Ducasse became a brand. Now, he can sell luxurious chocolates, cookbooks and to them he recently pinned a series of guide books. He wrote with an impressive lyrical skill about his favourite places in London, Paris and New York. His love for contemporary light cuisine shines in Nature, a healthy cookbook he co-authored with a nutritionist.
The single origin chocolates made not by Ducasse but a master chocolatier in his irresistibly fragrant manufacture in Paris, are the best luxurious treats you can get from the cocoa bean.

The admirer of the US chef Dan Barber, he employs sustainable practices in his kitchens such as using the gibblets (entrails) of a guinea fowl with the stuffing of mashed potatoes. Next to other leading chefs he participated in Barber’s project wastED at his NYC restaurant Blue Hill (addressing food waste was the theme of each of the chef’s menu) and on Massimo Bottura‘s charitable Reffettorio. To elevate the natural element, Ducasse’s uses as many parts of the ingredient in each preparation as he can (like in a bouillon) and uses the contrast of raw and cooked to extract the texture and freshness of the produce (artichokes and pears are often prepared this way).
Caring about the environment and the restaurants’ social impact is just one facet of Ducasse’s activism. He also joined France’s top chefs in creation of the new consumer protective restaurant label titled – “quality restaurant”. A highly debated reportage revealed that “three quarters of restaurants in France do only industrial cooking”, allerted Ducasse in an interview for the Riviera Times. This means that food is only heated and not cooked from scratch, so the quality and nutritional value to the customer are seriously diminished. The quality restaurant label assures that at least three quarters of the clients rate it as satisfactory, that the sources of the ingredients are revealed and the food is prepared by an in-house chef.
As he took over from Paul Bocuse the role of the President of the gastronomy panel of Les Meilleurs Ouvriers de France, the hope for return of high quality cooking across France has brought motivation and more confidence into the shattering industry.