As you stroll through the island on the pine-shaded dirt roads, passing the minimalist chapels, vineyards and the fortified monastery facing the open edge of the Mediterranean, your mind steps into a deep serenity of the place.

A brief  boat ride from Cannes or Juan Les Pins into the azure Mediterranean 16-centuries of monastic life on l’île Saint-Honorat meets the tech-age. The industrious Benedictine monks of Abbaye de Lérins tend their organic maritime land that grows their food, make wine, digestive liqueurs, olive oil, jams, honey, herbal tisanes and pray seven times every day. These modest men found inner peace and balance though brotherhood, communal labor and their awareness of the divine – God and nature. The wines are great too.
The idyllic setting takes your breath away as you sail by. My soul poked me to disembark to one of the most beautiful islands in the Mediterranean. The prospect of silence drew me in. 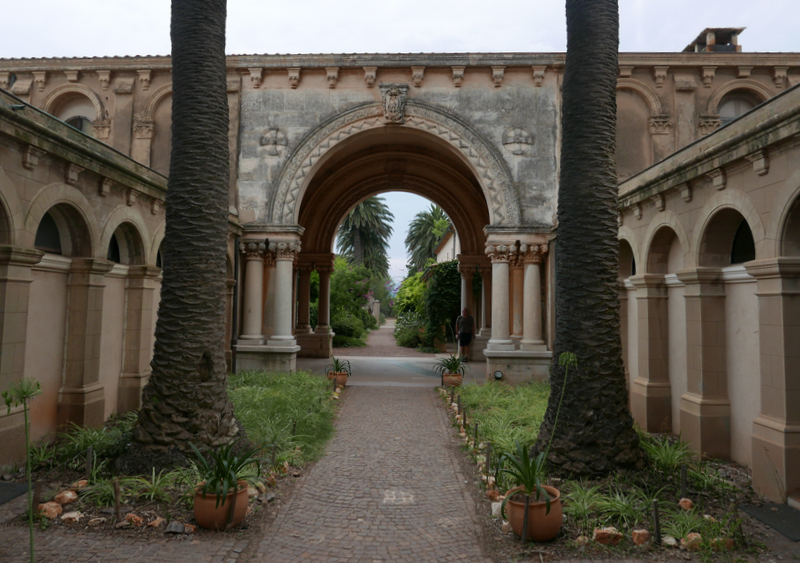 Entering the sea-guarded eden of the Abbaye de Lérins monks in the peak of summer season though can steal the piety. Still, visiting the Abbey Notre Dame, the monastery Tower and the rustic chapels feels strikingly different from the Cannes-infused intensity of the neighbouring island. You can set up a picnic under the pine shades also on the Sainte Marguerite island, but Saint Honorat is the private property of the monks, therefore their rules must be respected. Do not take your shirt off (some break the rules as my camera below witnessed) and quietly savour the monastic acceptance of the present moment. Off season – October till April – only the church bells and chirping seagulls play the enchanted ears. 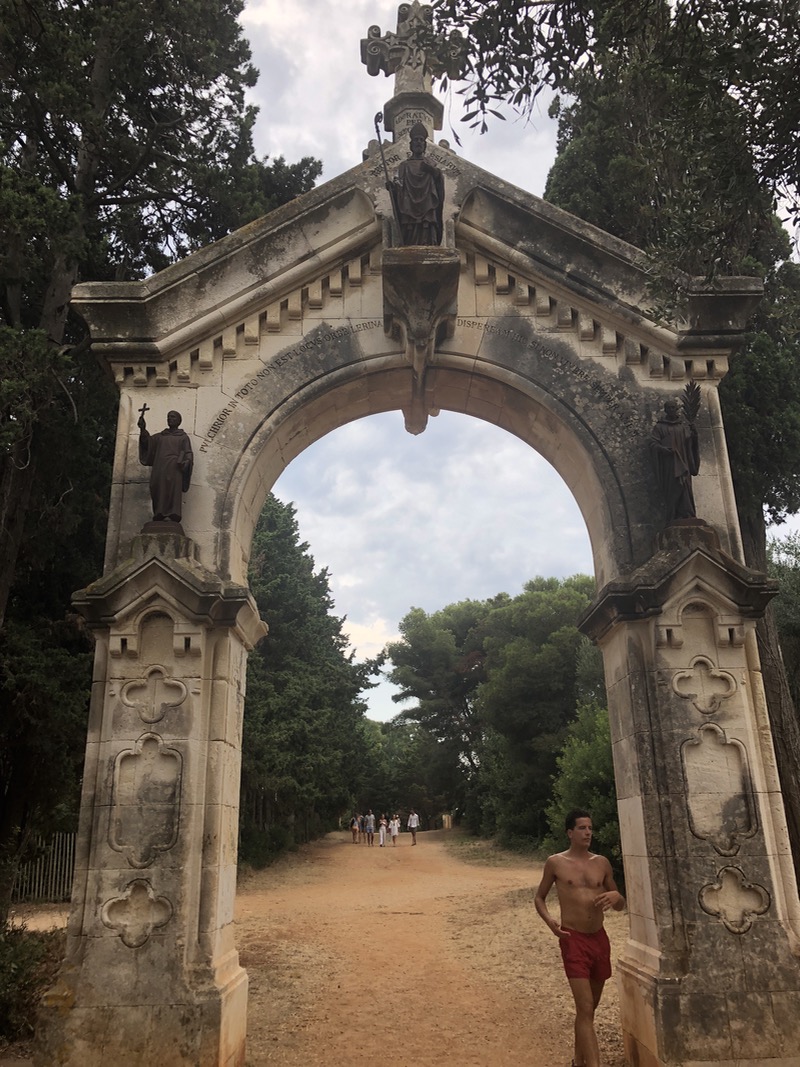 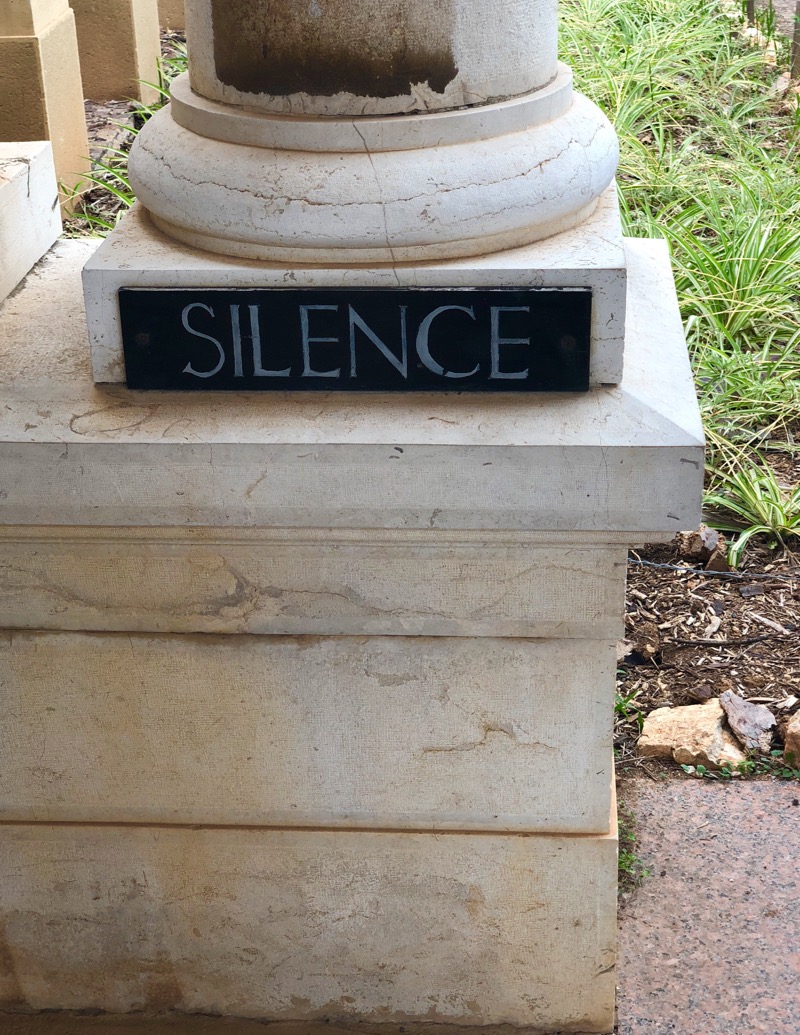 Although the 20 to 22 monks tend the land mainly themselves, outside help was enrolled. There are two full-time vignerons and volunteers can sign up online for the annual harvest. The once per month (on the first Friday) guided tour and wine tasting focuses on organic viticultural practices and winemaking in detail. The annoying black flies have to be managed naturally. A protective snowy clay is showered over the vines and the olive trees to detract the undesirable insects. Butterflies’ caterpillars destroy the vine leaves, so male pheromones are used to prevent them from laying eggs. “No sex on the island of monks!”, remarked our guide (not a monk himself) with a giggle. Fans dispel heat, while the sturdy olive trees protect from strong sun in summer, break gushing winds in the fall and spring and capture the occasional splash of salty seawater that the vines do not need. Over the course of the past three years the harvest starts one week earlier in September because of the warmer climate. 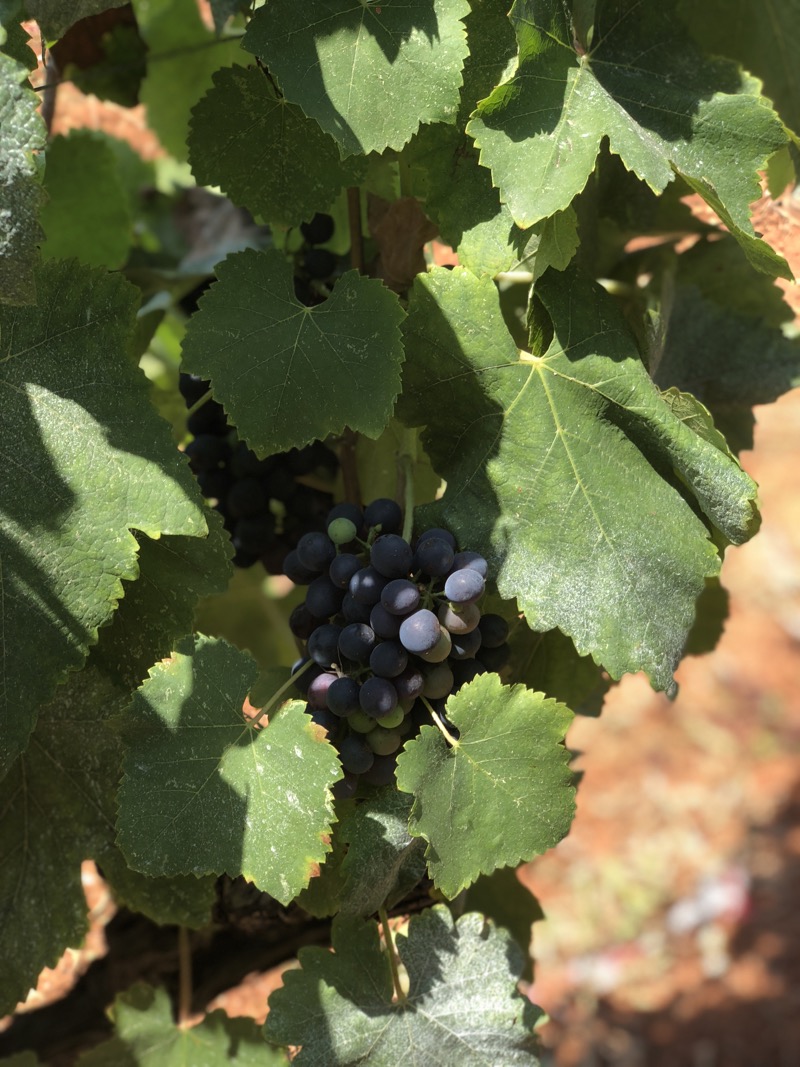 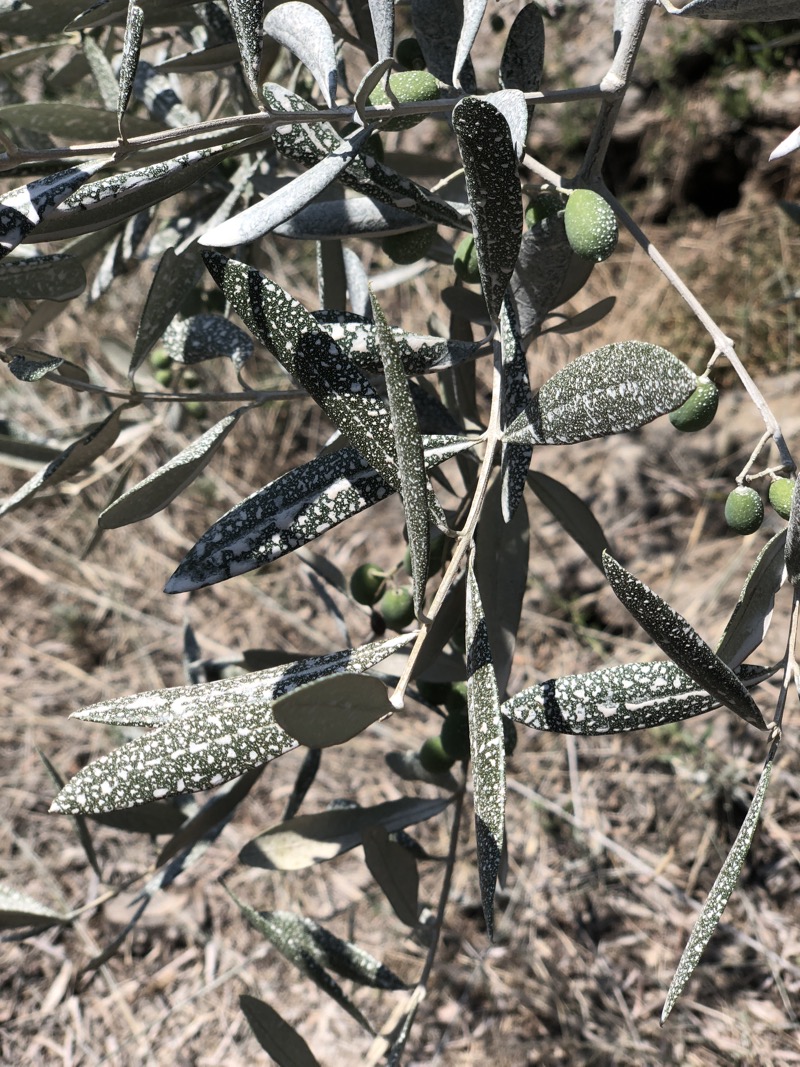 After a field visit in the vineyards, back in the shop the tasting includes only one entry level white and red wine. We tasted the cuvée Saint Pierre – 70% Clairette (made in stainless steel) with Chardonnay (aged for 6 months in a medium toasted oak from the Forest of Tronçais in Central France) that was floral with stone fruit and a bright acidity. Refreshing, not rich. The Syrah 2014 Saint Honorat was approachable and juicy. Dark fruit like cassis, pepper, black currant, stone minerality from the rocks deep under the soil, dry tannins, with up to eight seconds lasting aftertaste would make for a great food wine.
You can buy other bottles at the store (10%off on the day of visit) or indulge in the wines during a hearty Mediterranean lunch at the casual La Tonnelle restaurant owned by the Abbey as we did. The award winning (Bordeaux 2018) buttery Sainte Ombeline Chardonnay was so rich, batonnage (stirring of lees) with a touch of French oak, that it matched a burrata with pesto and tomatoes as well as stuffed fried courgettes at La Tonnelle perfectly. The generous petits farcis (minced meat stuffed grilled vegetables) also welcomed the divine gold nectar with a sigh of good acidity. On a hot day, the gazpacho freshens you up. 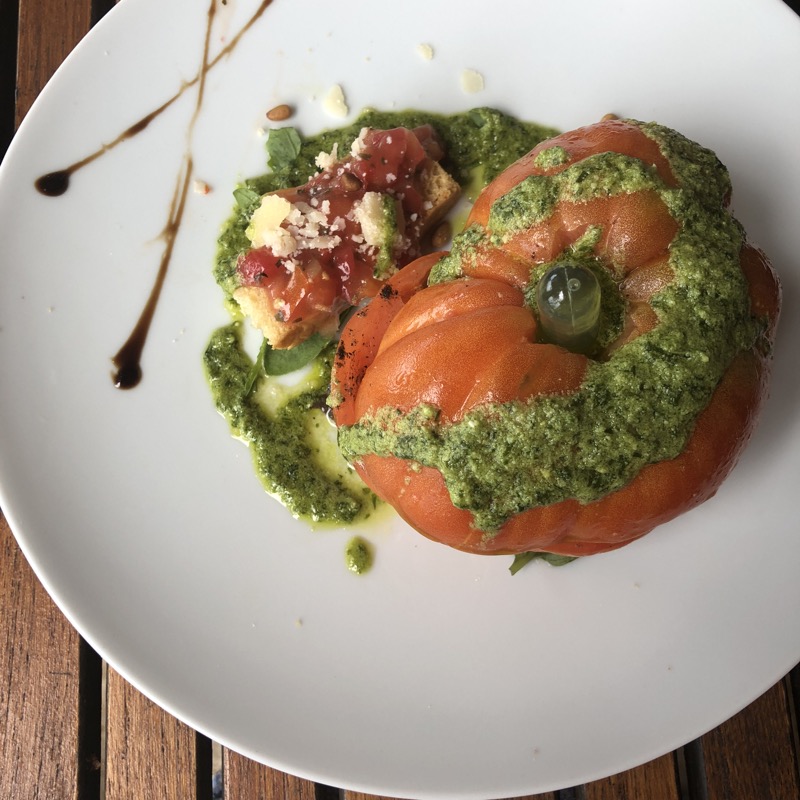 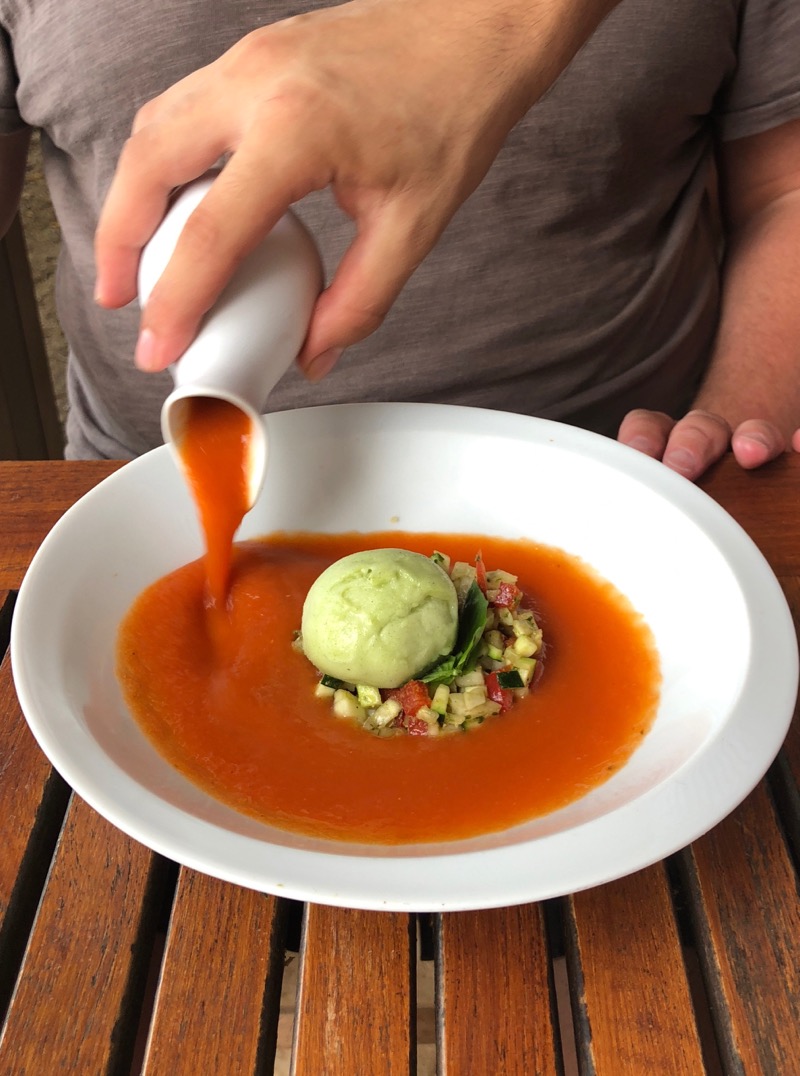 European monks have made wine for centuries, at the Abbaye de Lérins since the 10th century, but it was only consumed internally by the monks community here. Commercial wine production took off some 25 years ago. Unlike the drinking water deprived Porquerolles islands nearby, the lush gardens of Saint Honorat were blessed with an undersea pipe channelling the spring water to the island from the mountains above Cannes. There are eight hectares under the vines. The 60-80 years-old vines yield complex cuvèes and expensive single varietal wines, while the younger plants are made into approachable, easy drinking and saintly titled bottles. 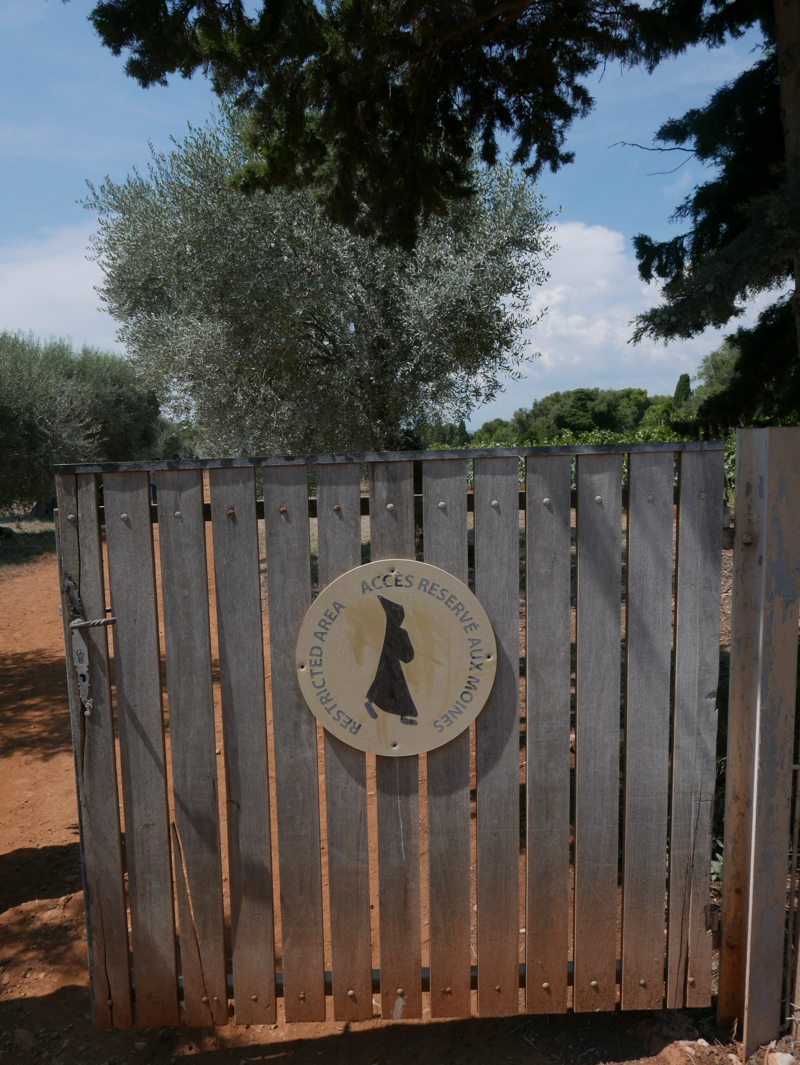 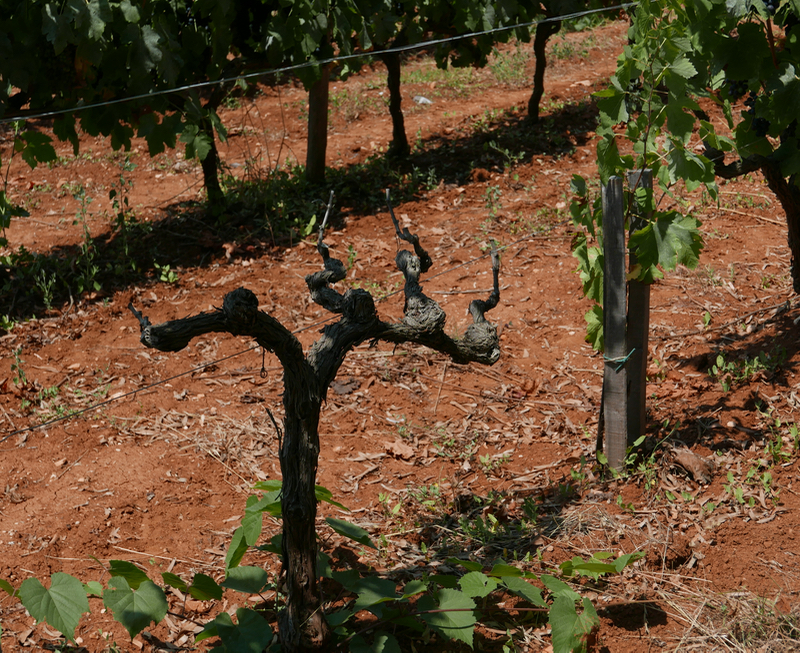 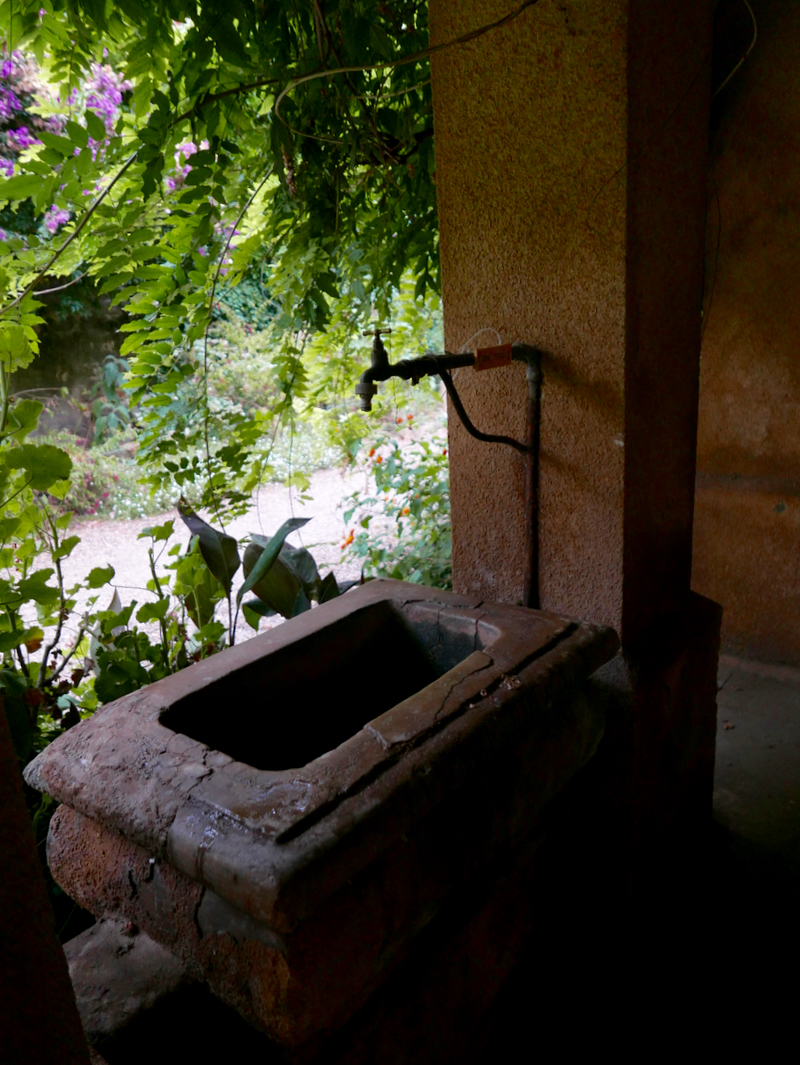 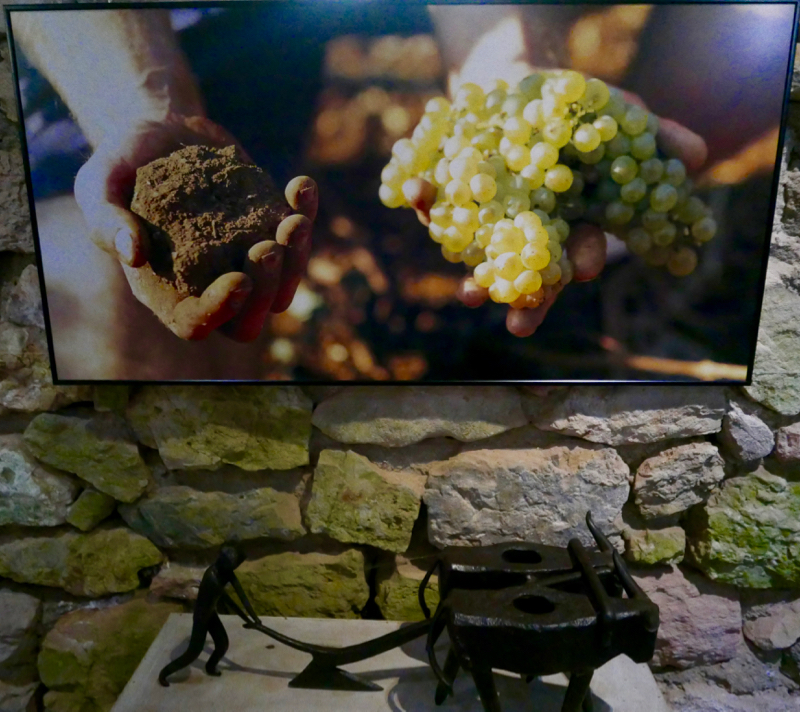 White and red wines are crafted reportedly not for fast consumption but to age. The tiny production of Viognier is made into the pricy single varietal Saint Cyprien (€65 shop/€150 at the restaurant), an intense white wine. The monks tried to make a rosé, but it looked so bright pink due to the silt, sandy clay-limestone soil here that consumers were vary to purchase it. A spicy and full-bodied Syrah from older vines in Saint Sauveur needs about a decade to mature, while the Pinot Noir (Saint Salonius €198/ at La Tonnelle) and Mourvèdre (Saint Lambert €175/La Tonnelle) can be drunk earlier. 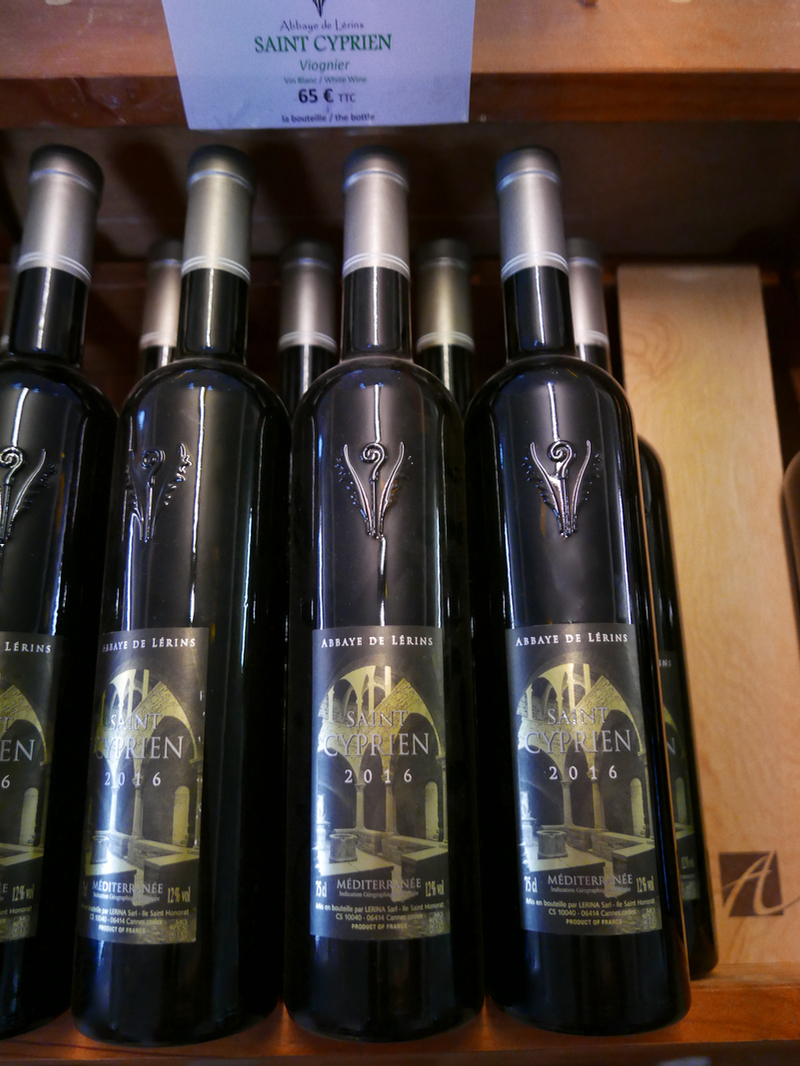 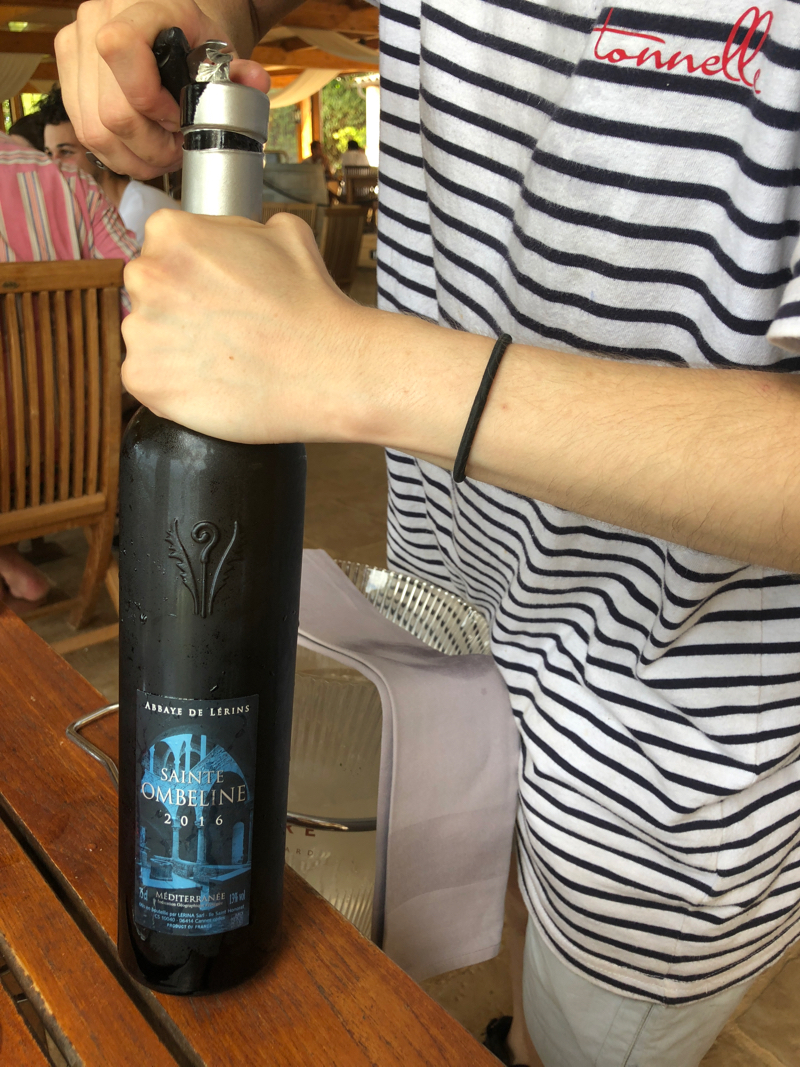 As you stroll through the island on the pine-shaded dirt roads, passing the minimalist chapels, vineyards and the fortified monastery facing the open edge of the Mediterranean, your mind steps into a deep serenity of the place. The visit of Abbaye de Lérins is like a spiritual bath in the sea. The majestic walled cloister from the 12-13th centuries next to the arched alleys and abundant flora houses the monks dormitories (closed to public) and the main Notre Dame church. Anyone can attend a daily mass at 11:25 am on weekdays, 9:50 am on Sunday and 11 am on holidays. 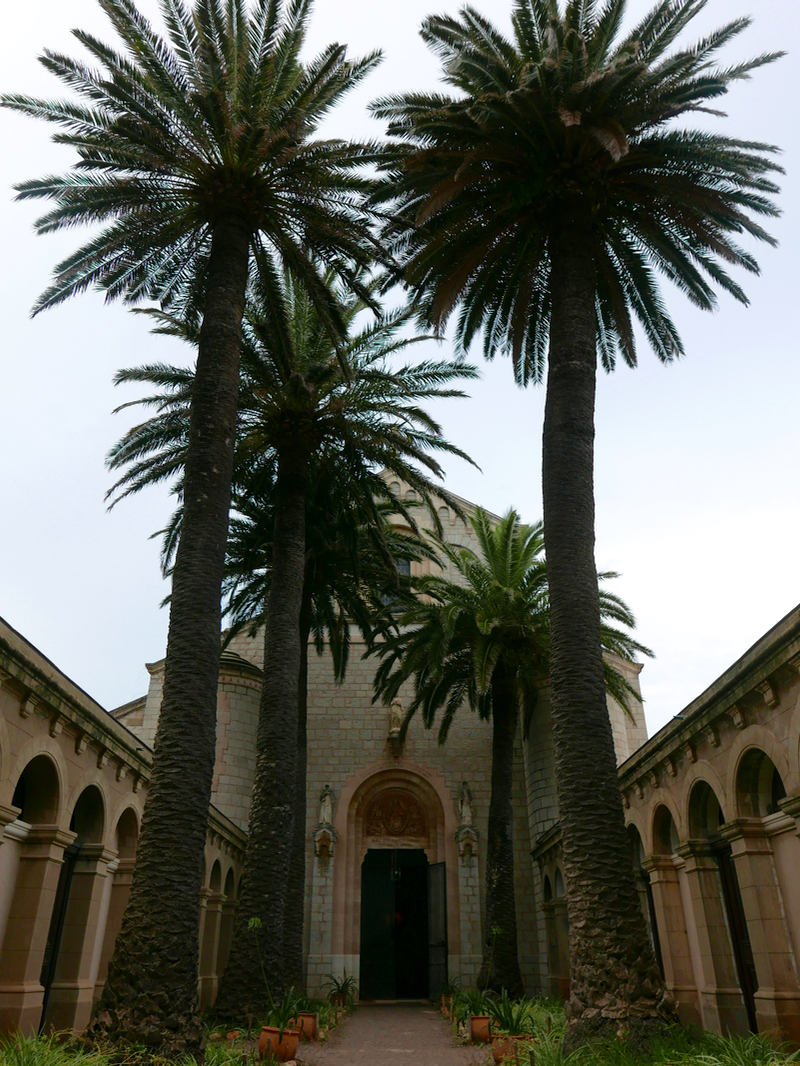 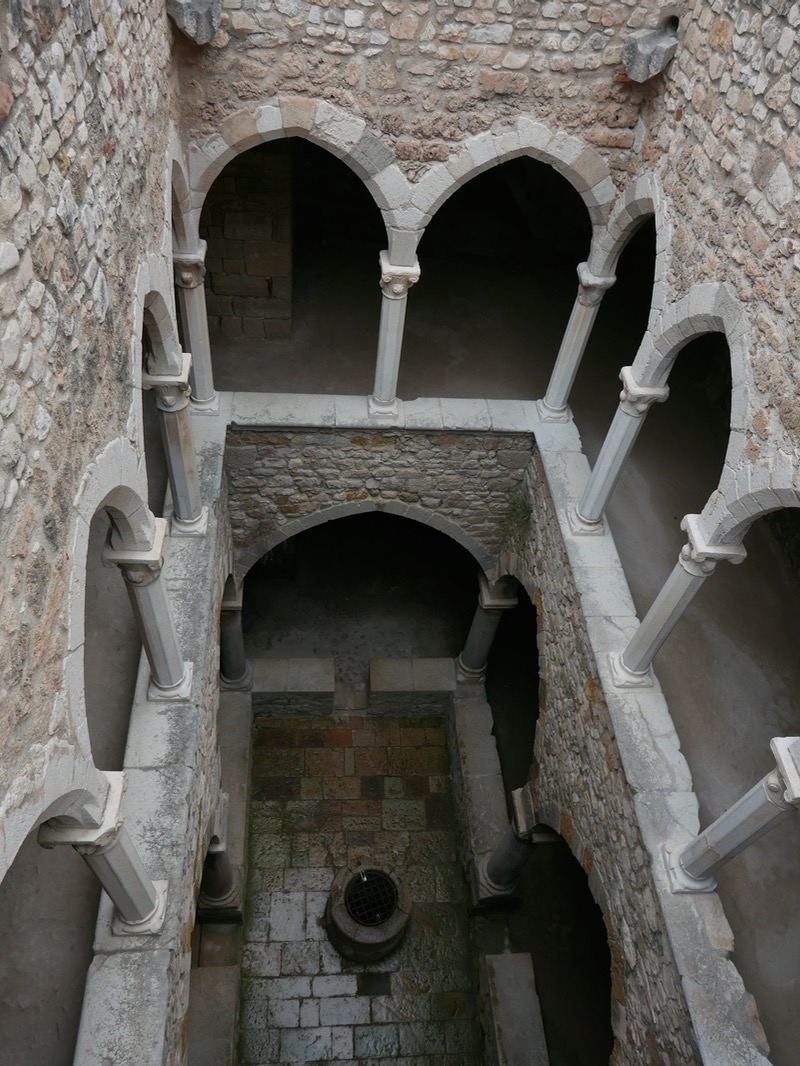 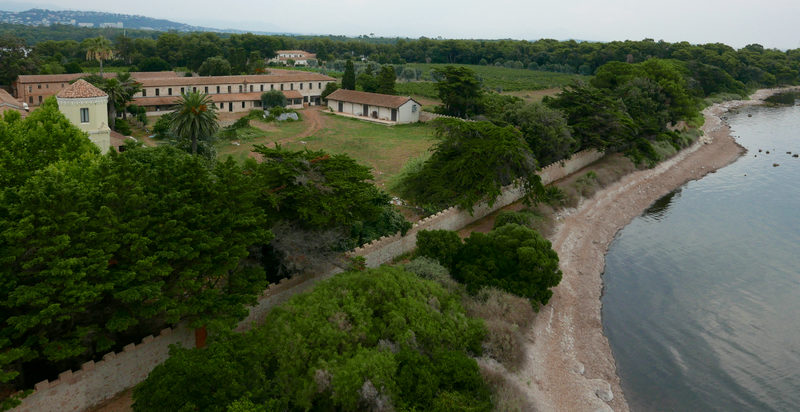 Set off the Cannes coast, a regular ferry from the old port of Cannes and Juan les Pins conveniently ships you over. You can even stay overnight (two nights min, one week max) at the modest hostel, where both genders are welcome. The rate is by donation that the guest decides personally. Beware, bring your own sheets or sleeping bag as well as towels since these are not provided. Each Easter (4-10 March in 2019) a spiritual retreat for the religious welcomes these serious about fasting. 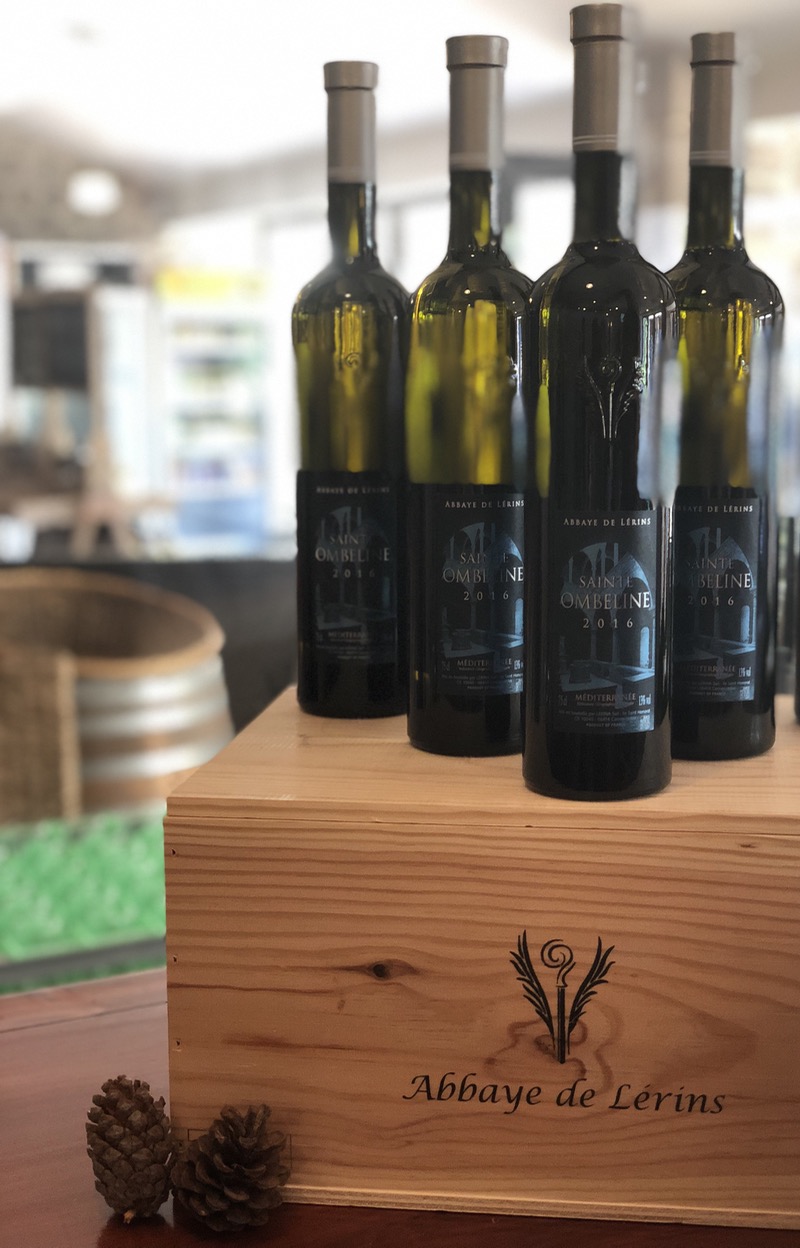 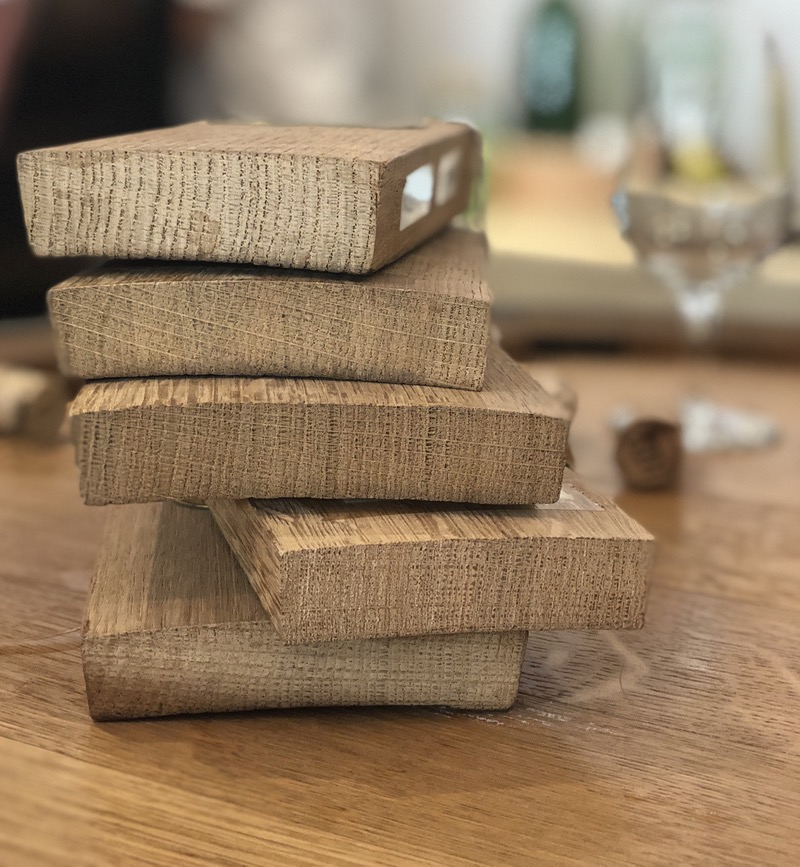 Although austerity and modesty are praised, the monks of Abbaye de Lérins do not live in Medieval times, and their modernised contact with the broad Christian community stretches beyond in-person encounter. The monks’ blog shares the fruits of their labour and the Abbé of the Notre Dame, Vladimir Gaudrat took to Twitter years ago. Economically self-sustaining, the monks also sell herbal and fruit liquors, natural cosmetics, religious books and objects produced by other monasteries. Sweet biscuits, chocolates and natural oils join the monastery shop offer.