Andrés takes you to the new millennium, when sedentary lifestyle calls for restraint without compromising on flavour.

Any meal at The Bazaar is fun, topped with the quality seal of a James Beard Awarded chef. José Andrés is a Spanish-American Michelin starred chef (Minibar) who brought the small plates dining to the US soil. The Bazaar in Beverly Hills is his high-end, multi-dining pursuit among the myriad of restaurant concepts he oversees. The culinary setup at the SLS can be confusing – Trés, a bistro comfort with an additional self-service desert counter, SOMNI serves chef’s tasting menu in an intimate 10-seat counter, while The Bazaar forks out into two dining rooms — a classic spread on sleek checkerboard tiles in a dim-lit Rojo; and Blanca, a more modern, living room-like comfort. The menu remains same at both rooms. Connecting all that activity is Bar Centro where inventive cocktails stir the night. 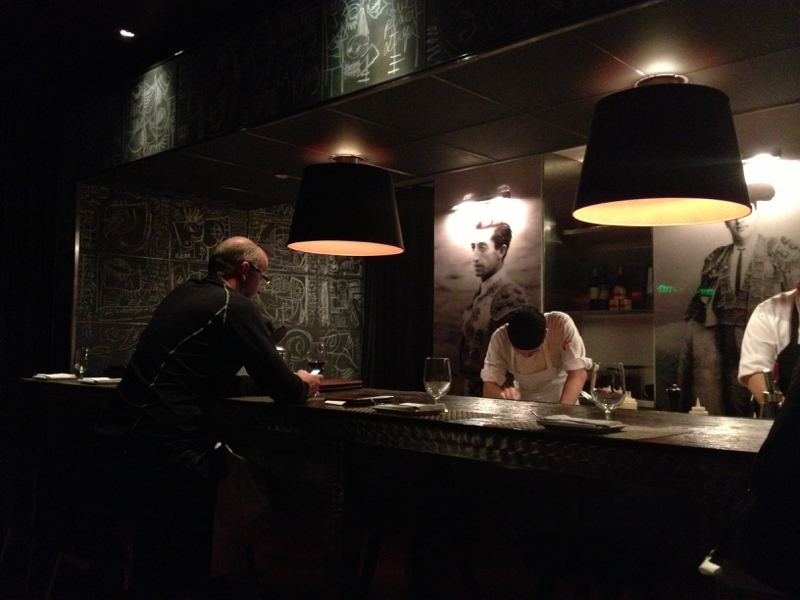 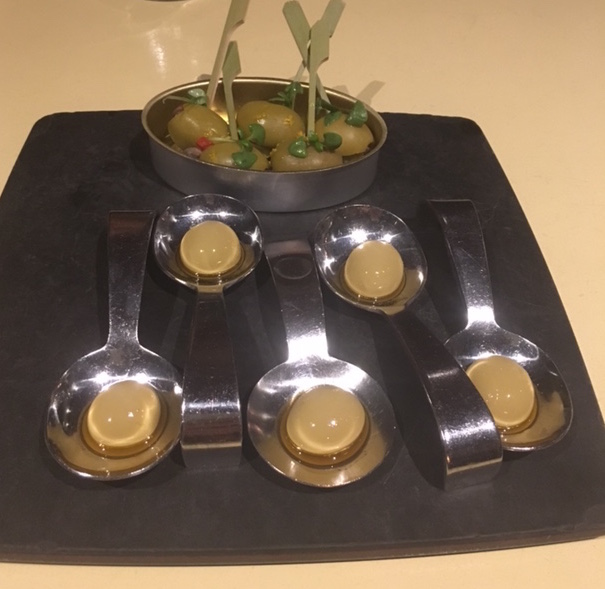 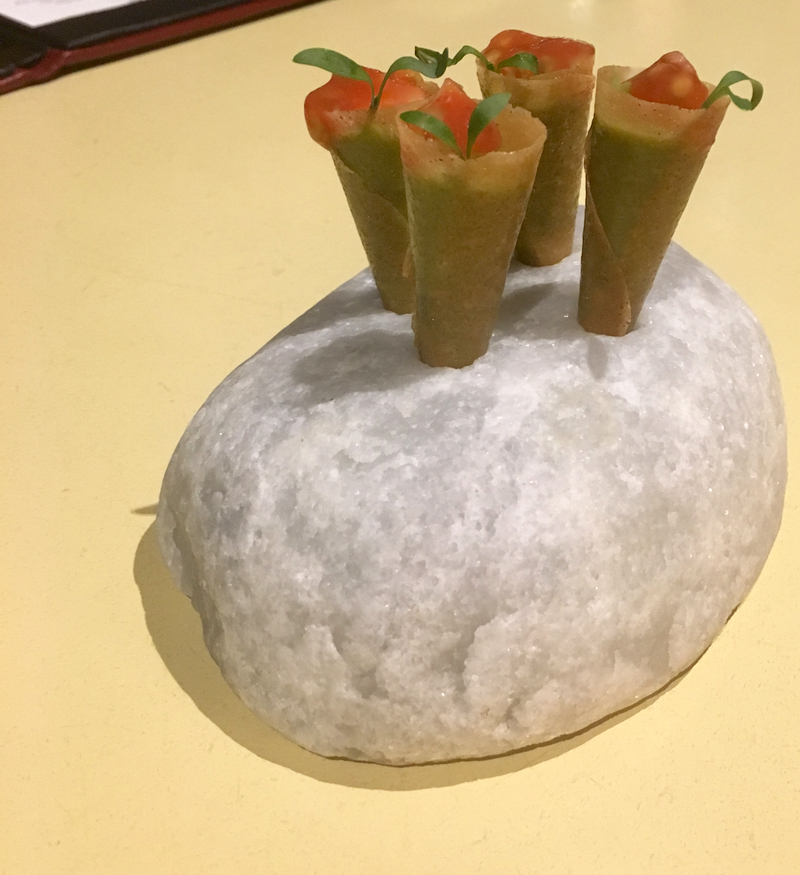 Generally in LA, the ingredients are highlighted over technique, and ethnic cuisine over experimental transformation. José Andrés, heading from the West Coast seeded the change for chefs like Jordan Kahn of the late Red Medicine and now Vespertine to bloom food magic in Los Angeles. The sprawling metropolis has never caught up with the starchy seriousness of Manhattan dining, eating out was about ethnic food, California seasonal wholesomeness and wear a mini or your sweatpants kinda outing, yet the show part of entertainment has surprisingly kicked out fro its margins.

A proud offshoot of the Spanish modern culinary maestro Albert Adria, who with his brother seeded Catalonia as a progressive pioneer of the 21. century food culture, The Bazaar like Minibar employs molecular techniques in its repertoire. José Andrés includes OLIVES FERRAN ADRIÀ (image above) where modern molecular morsels marinated in escabeche are served next to traditional stuffed green olives, in a homage to his mentor. Your head might turn over the extensive offerings. Some 80 items pop on his menu at the SLS Hotel in Los Angeles. Divided into two sections – traditional and modern tapas – to ease you into the distinct experience. We always order from both camps. 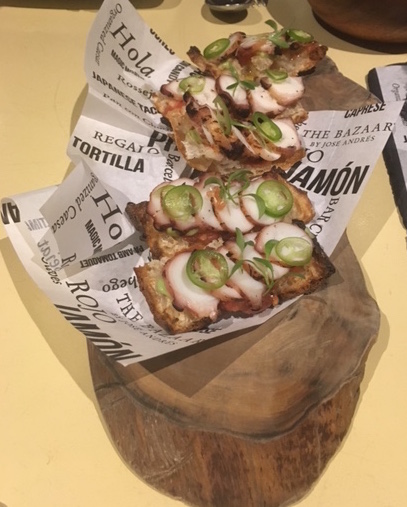 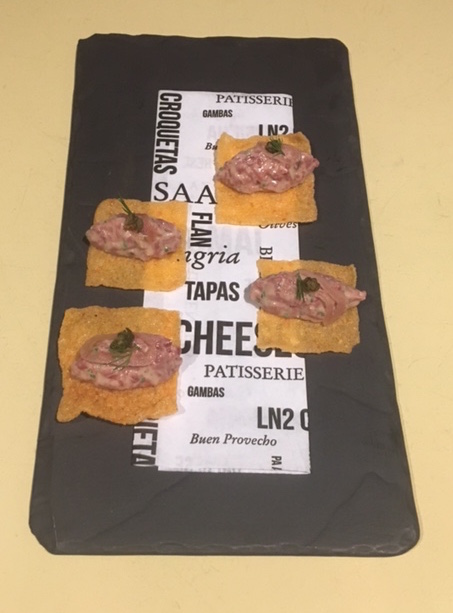 Extraordinary Iberian produce stars at The Bazaar by José Andrés. Ham, olives and sardines are brought from Spain, while American farms provide most plants and seafood from the American coast. The “traditional tapas” include hand-cut JAMÓN IBÉRICO DE BELLOTA that has been sustainably produced by the pig breeders by law required to allow the grazing animals access to their favourite snack, the acorns. Due to such indulgence their meat tastes like no pork you have ever had. Its nutty, cured salty richness masks any potentially unpleasant smell a pork dish may carry. A side of Pà Amb Tomàquet, Catalan-style toasted white pan de cristal with fresh tomato. Ham croquettes with fried quail eggs and escalivada purée, seafood tapas (the pan-sauteed SCALLOPS are exquisite, my husband loves the SAUTÉED SHRIMP, but I don’t like the guts in my seafood, the Spanish style) and cheese plates honour the classic Spanish culinary excellence. The OCTOPUS TOAST avocado, tomato, serrano chili, sea lettuce is rich and soft in its core. We also love the wild MUSHROOMS & CREAM with fried egg and pan de cristal. Nevertheless, the PAPAS CANARIAS potatoes with mojo verde & rojo were too dry and shrivelled. 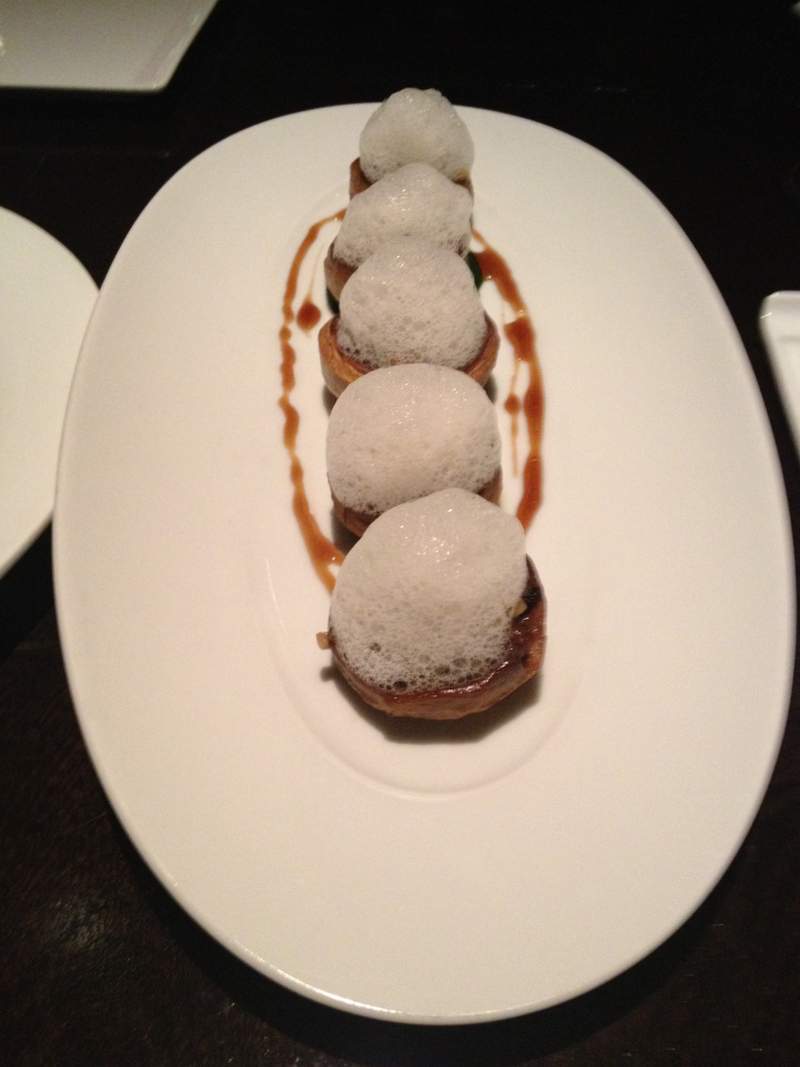 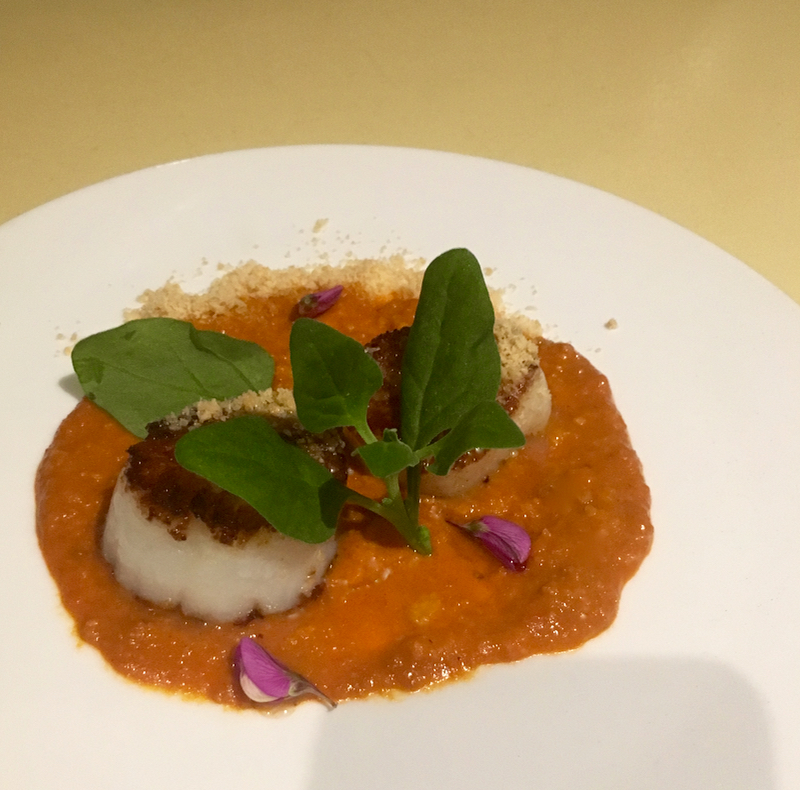 From the Iberian quesos we always get the famous hard sheep MANCHEGO and PASAMONTES” LA SERENA, the creamy, sheep cheese from the Extremadura desert.

A good vino is necessary for the culinary mash up of flavourful snacks. Mainly Spanish wine list includes Descendientes de Jose Palacios, Vega Sicilia, the potent Priorat, but also more affordable Rioja, Ribera del Duero and some American wines. The list is sufficient. While the cocktails, spirits and digestifs complement the alcoholic indulgence, a wide selection of waters, teas and mocktails balances the bill. 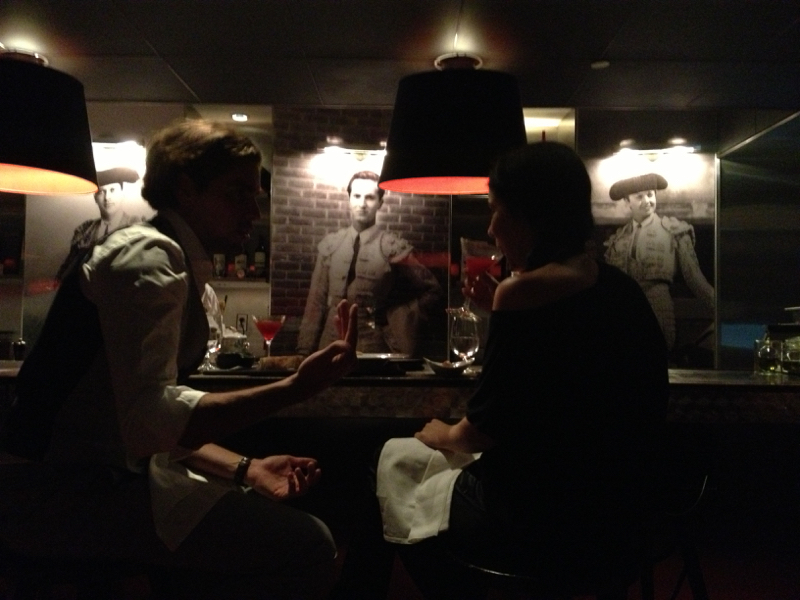 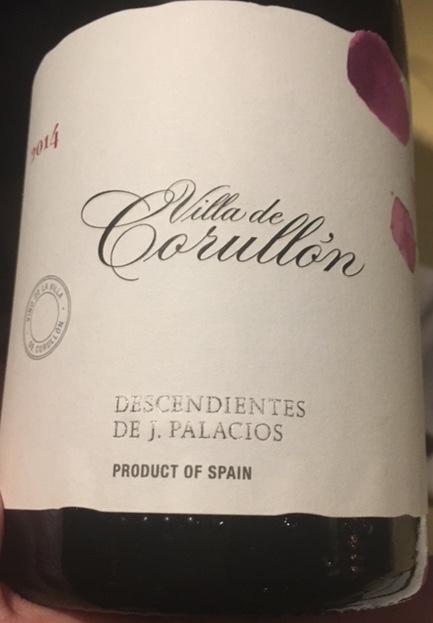 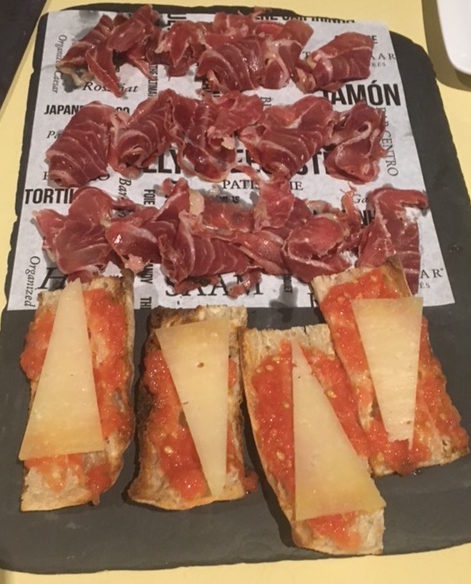 Not only Spanish cuisine speaks on the menu. From the Modern Tapas, a must order is the AMERICAN CAVIAR CONE (two bites for $9 of sustainably raised American caviar in a crispy cone delight). Other versions include tuna or vegetarian California cones filled with cream of avocado. They disappear in seconds, but glorify your mouthfeel with fullness. Also the light JICAMA WRAPPED GUACAMOLE with a dot of smoky chipotle salsa, micro cilantro, corn chips. The TUNA CEVICHE & AVOCADO ROLLED in jicama and toped with micro cilantro and coconut chip is not to everyone’s taste. Another stunner is NOT YOUR EVERYDAY CAPRESE of pealed cherry tomatoes and liquid mozzarella balls. Beware, eat the tiny egg-like ping-pong balls whole, so no accident splatters over your face, dress and worse, your friends. 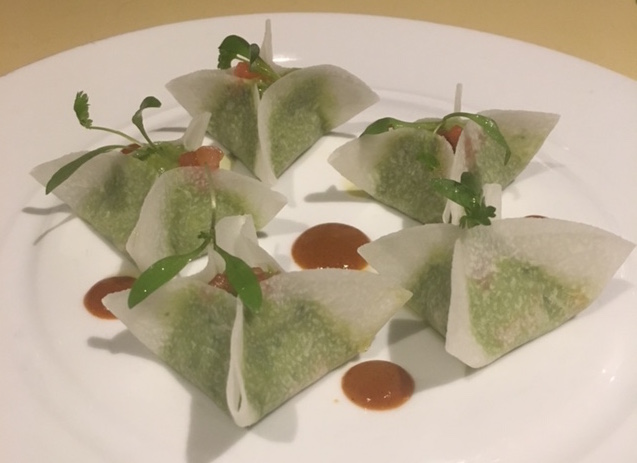 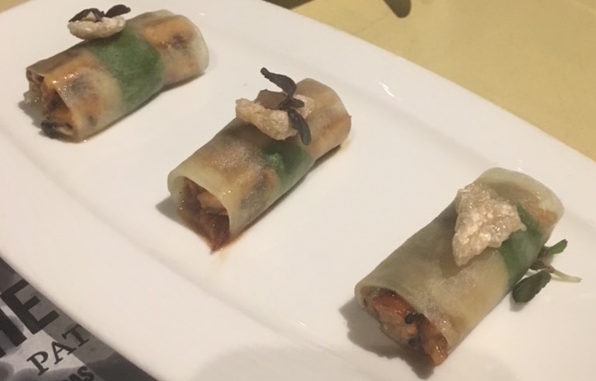 I met the celebrity chef at food conferences across the US. Immigration and sustainability his mea culpas, the Washington University alumnus proudly praises anyone moving the culinary world forward in a mindful way. Chewing through his bocadillo (a Spanish ham sandwich) during a talk focused on “Immigrants feed America”, the outspoken, round bellied, sweat-dropping and everyone embracing Spaniard showed his tender heart. From the rather eccentric mini sandwiches, the Philly cheesesteak in its lightest miniaturisation of still recognisable, yet 90 per cent different mini me may disappoint gluttonous diners accustomed to this iconic Philadelphia street food staple, where a large steak meets melting cheese and onions in dozens of mouthfuls. At The Bazaar, the “PHILLY CHEESESTEAK” was rendered as a finger size puff filled with creamy cheddar cheese and topped by a thin slice of fatty wagyu beef. Andres takes you to the new millennium, when sedentary lifestyle calls for restraint without compromising on flavour. On the mains though, the grass-fed Tomahawk for four makes for a substantial and simple main to share. 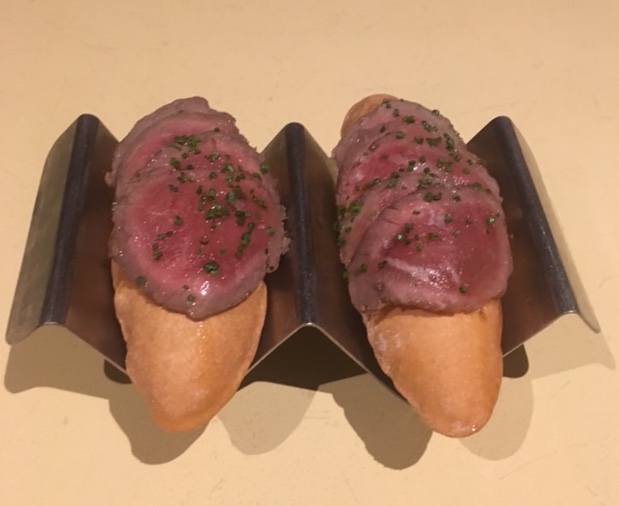 Through entertaining curious eaters The Bazaar dishes surprise, each in a unique facet. For example the SWEET CHIPS like many other mystery foods of the molecular cuisine deceive. Looking like whipped cream, the goat cheese, tamarind and star anise dip for vegetable fried chips are fun to share.

From the the Eastern-inspired morsels, the SEA URCHIN STEAMED BUNS (three baos) with avocado, generous eel sauce and crisp tempura flakes, the KING CRAB baos, and CHICKEN with miso are yummy. 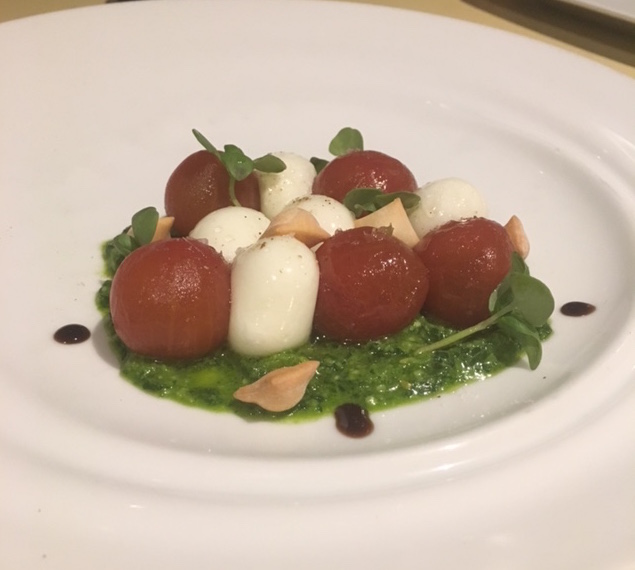 The female chef de cuisine at The Bazaar in Beverly Hills served me delectables at the Star Chefs congress in New York. Her wide smile and warmth radiate generous hospitality. By far the best bites I savoured during the three days of mental as well as physical gluttony. Stripped from the menu in LA, the PORK BANH MI was not a sandwich but like a mini burger, the succulent meat patty in Vietnamese coat impressed. I relished in the reduced, intense flavours in the MUSHROOM RAMEN with a side of pork belly, and finally her personal tweak on The Bazaar chicken, cooked sous vide, so slowly that the bird almost melted without chewing. Served on an umami bed of miso with mustard seeds, a perfection. 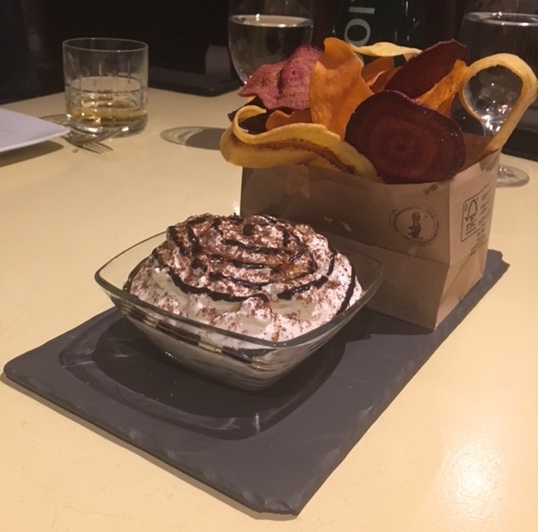 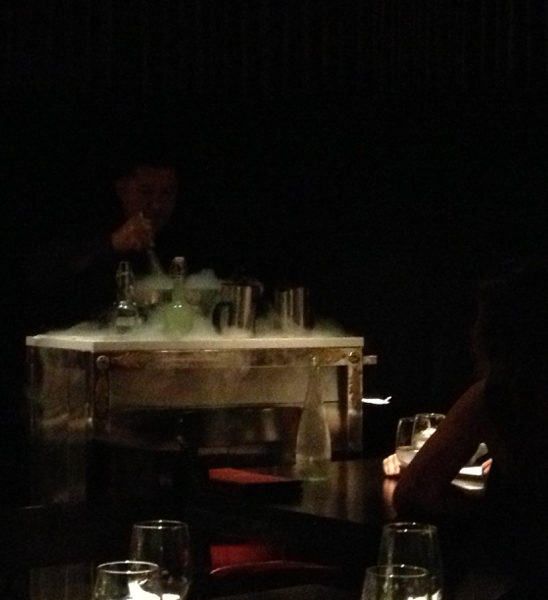 José Andrés at the SLS Hotel in Los Angeles includes entertaining finale if your sweet tooth allows for a transfer into yet another part of the lobby living room. Philippe Starck designed the entire hotel in his signature shine and surprise glamour. Either in the deep sofas or by high sharing table order a la carte or browse through the market of sugary indulgence. Bordeaux canelè, macaroons, flavoured chocolate squares, marshmallows, cotton candy, but also more substantial cakes displayed like jewellery in Monsieur Pierre Hermé fashion seduce even those not intended to succumb to temptation. Our friend, a dwarf of tiny pilates instructor, who eats less than a rabbit, gets it going at Trés. When we “shop” at this devil’s counter, her interest does not rest with visuals. Discerned pastry globetrotters, who sampled the best desserts in Paris and Tokyo, won’t wonder of its display, but everyone else will be impressed by the presentation. 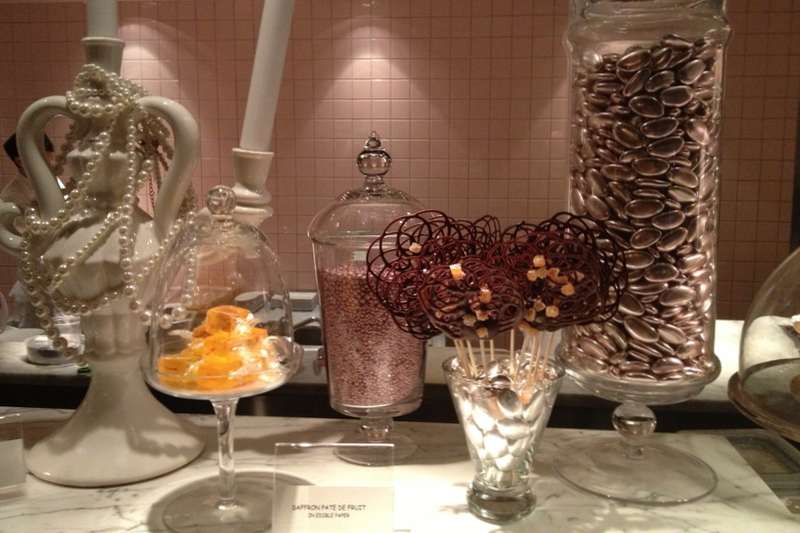 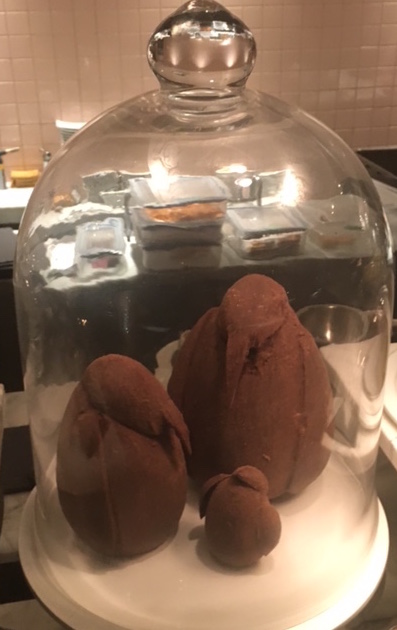 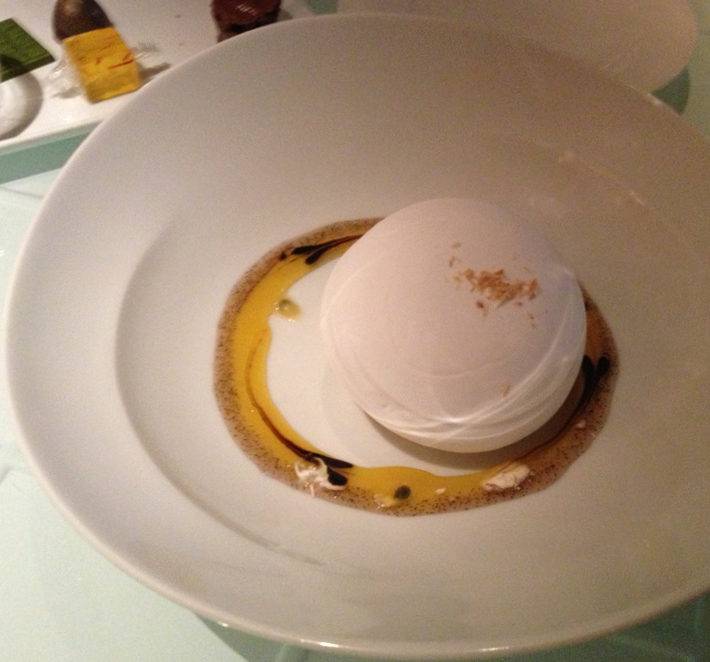 Order a pot of tea or tisane, for late owls coffee can be brewed and a nightcap served as a finale to the gustatory journey with José Andrés at the SLS Hotel in Los Angeles. Time for bed, or…