Freedom can be dangerous, humans are just evolved animals after all. Liberty does not rule well without responsibility — that resides inside us, and not in some moral codes imposed by the society.

Poets and philosophers, the deep free souls of myriad kingdoms, republics, commonwealths and other forms of geographical identities, wrote about the desire for liberty. Politicians entered the quest, playing with the allure of freedom, and women only recently punched their rights further to an equal deal. Emancipation and doing what you love – shedding fear, obsolete and oppressive social rules, is only the first step emboldening us to pursue liberty as the ultimate life’s goal. For freedom is love. Ever since the liberal spirit of poetry had opened my soul to a deeper, most authentic form of literary expression, I intended to write a poem on freedom. 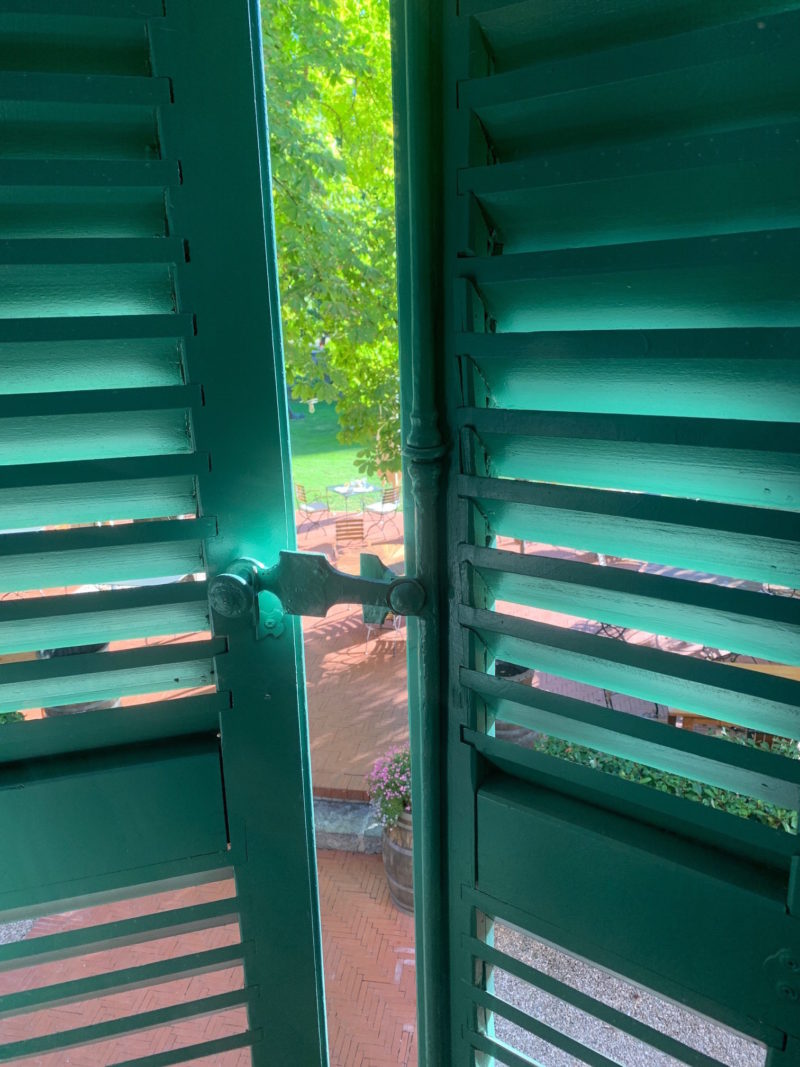 Battles and revolutions do not secure freedom, look inside for lasting liberty

Seeking liberty must be innate to all human beings. Something animal in us roars for attention. Our entire history was a battle for space, independence, freedom and support. Security, being yet another human need though, brought more conflict in our lives as one must trade it with a sliver of personal liberty. Not all of us can be the warrior chiefs fending off danger, and no general has the freedom to roam independently as he is responsible for his troops. This outward freedom of movement, speech et al. misses the inner, inherently responsible freedom that we must nurture in ourselves. 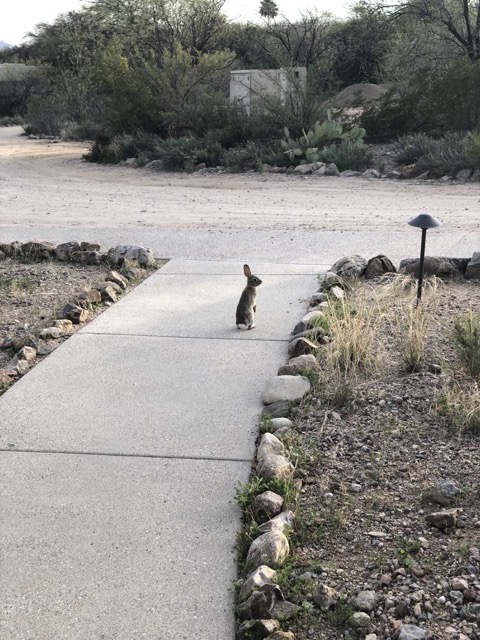 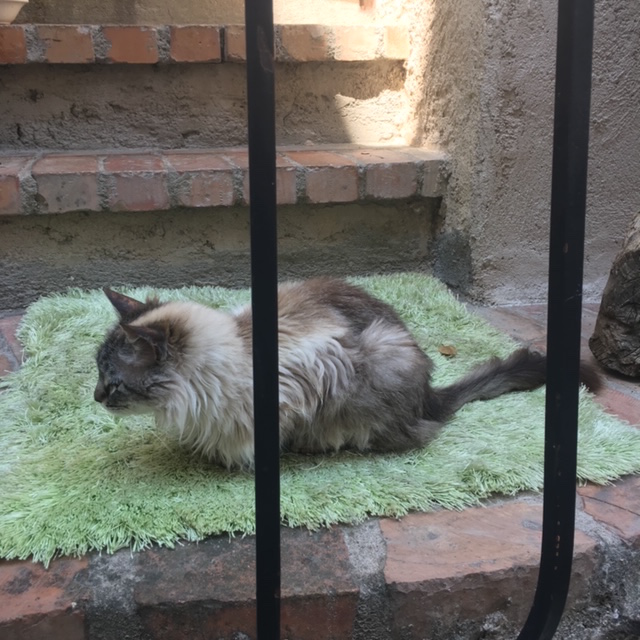 Liberty as an indulgence and illusion

Being free, like a wild beast in nature, is an indulgent act. If that is to be sustainable in a world of almost nine billion of people to survive, responsibility must kick into the liberated mind. Revolutions were stirred by the hunger for liberty. Entire countries were created based on the illusion of freedom. While, the unburdened citizens gained at least a temporary release from the former establishment, eventually, as with any taxing state, the populace silently lost much of it.
Outward anarchy is the only free society, but chaos is frightening and stability desired, so we think we must compromise. Yet, freedom does not rule well without responsibility — that resides inside us, and not in some moral codes imposed by the society. Western and eastern ethicists, as well as the most impactful Indian sages like Krishnamurti agree on that:

It appears one always seeks freedom on the surface, the right to go from here to there, to think what one likes, to do what one likes, to choose, and to seek wider experiences. Surely this is a rather limited freedom, involving a great deal of conflict, wars and violence.
Inner freedom is something entirely different. When there is deep, fundamental freedom, which has its roots not in the idea of freedom but in the reality of freedom, then that freedom covers all movement, all the endeavours of man. Without this freedom, life will always be an activity within the limited circle of time and conflict. 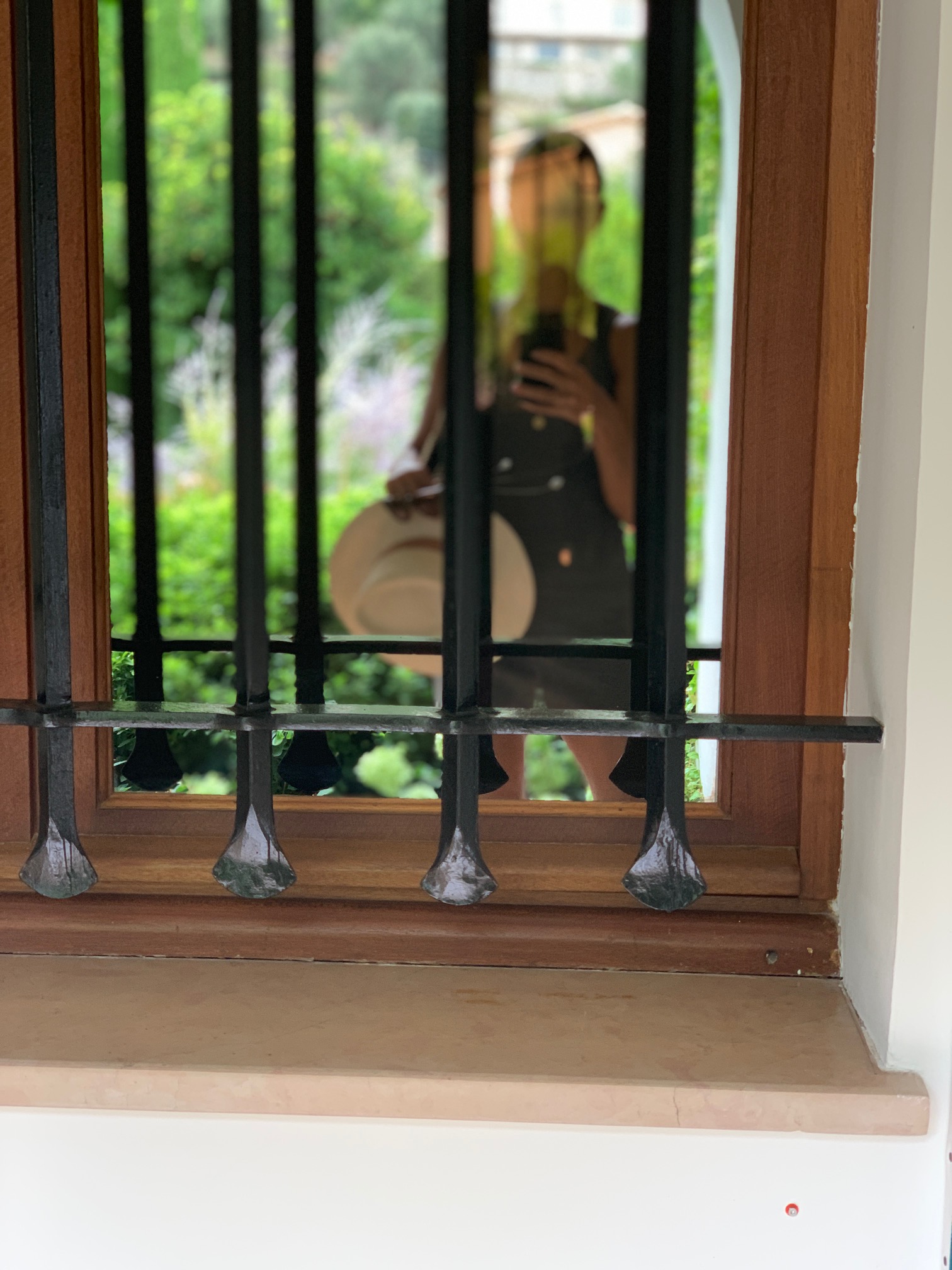 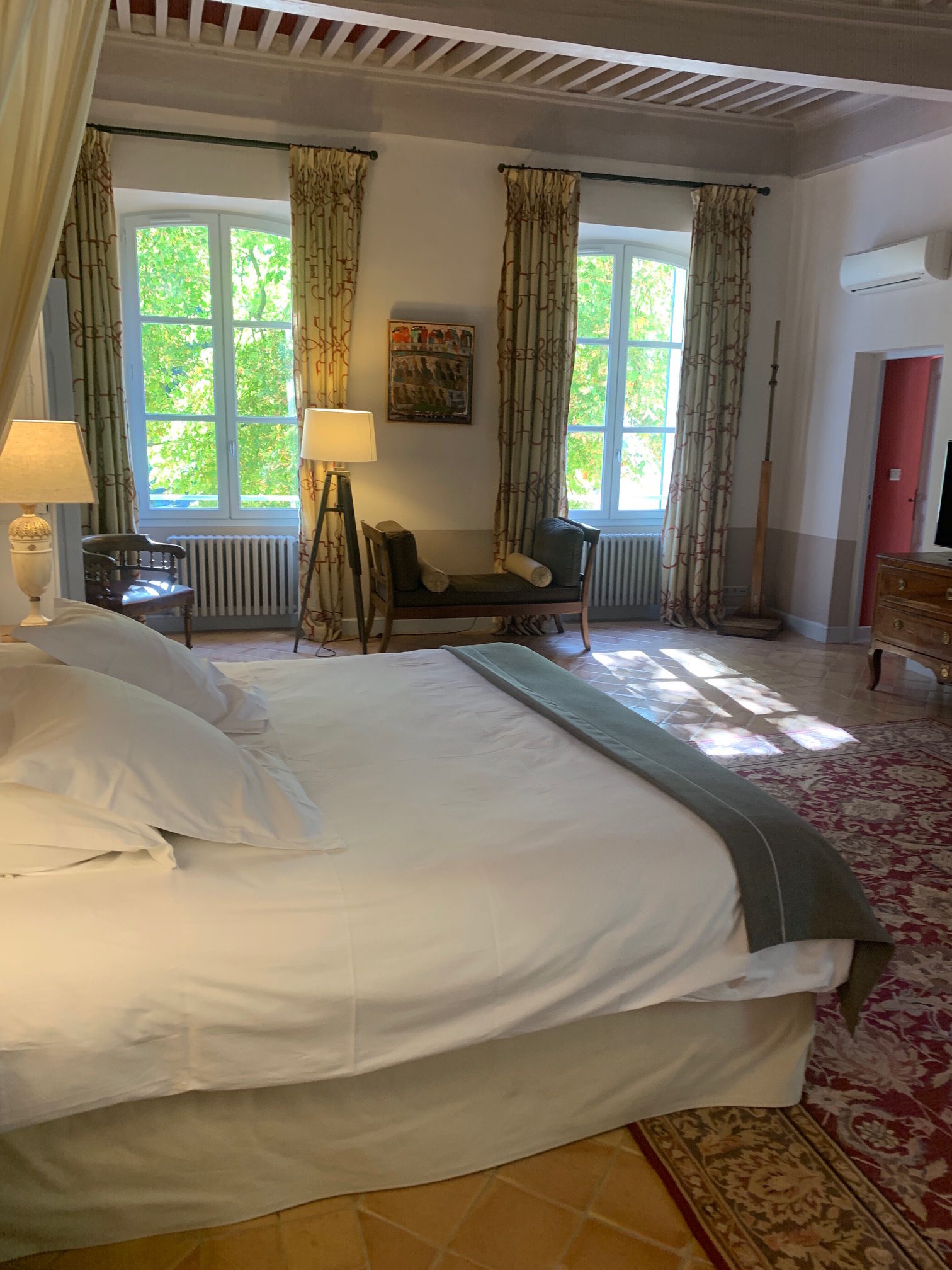 Only you own your liberty

Liberty resides in your head, literally, you can only be free if you decide to be so. Unattached to anything (even time) and anyone, inventive in the day-to-day life, guarding your own space and unrestricted by one’s own thoughts. A flexible, yet authentic attitude is one way out of the prison of life. Even more radical, perhaps more ancient solution, is not thinking. Taking breaks from ruminating, doubt, analysing, evaluating, judging et al. seems balancing. Meditation as the tool to liberation of the mind. Pure presence is weightless, not a luxury, but the freedom itself.
Not planning much frees you from self-judgement, the fear of missing out (as you are here and now), the nagging schedule in your mind and the preoccupations with strives of the daily life. That is holidays, and such rest we all need between our necessarily regimented working days. 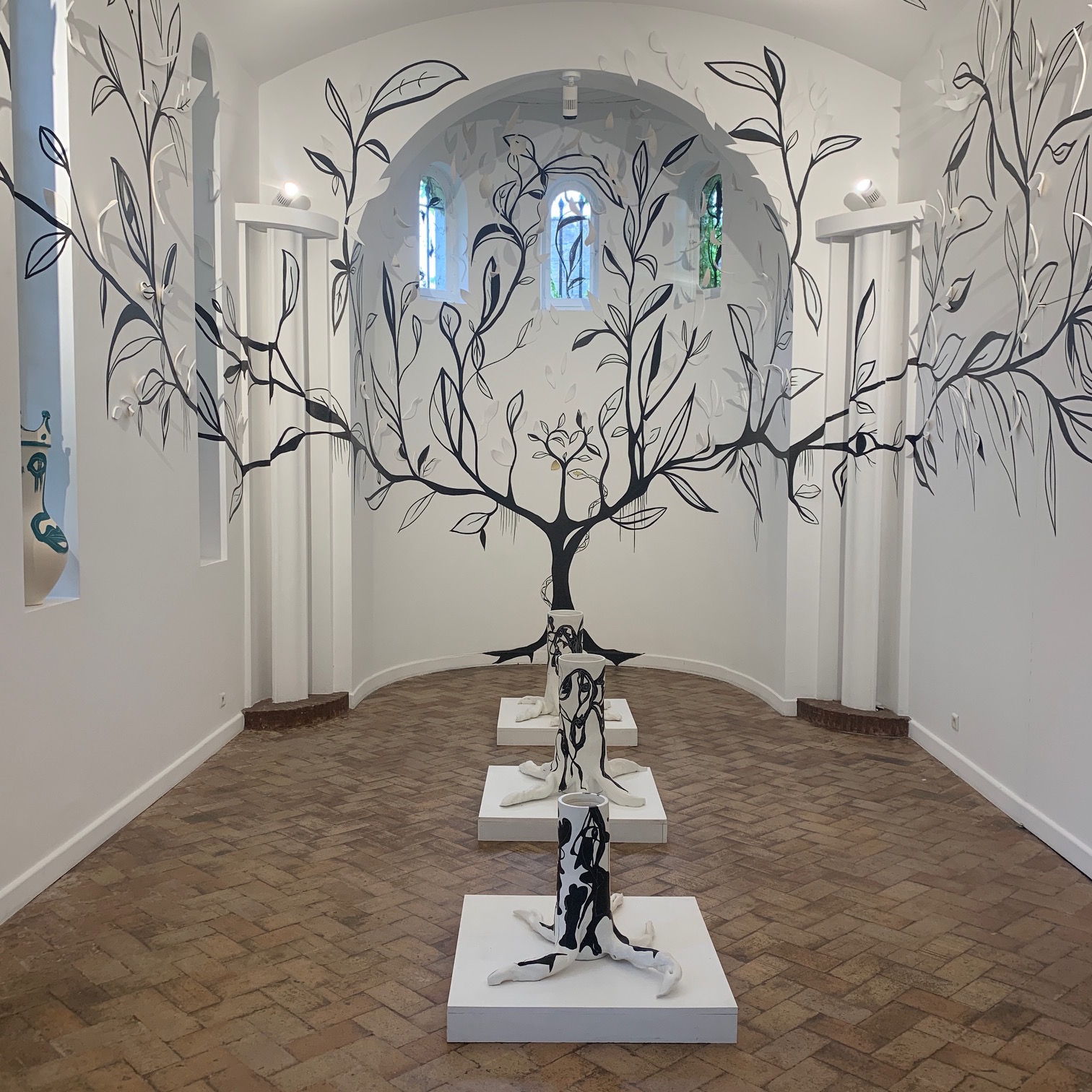 There were a few poems in which I mused on the wilderness deep in our soul. Each strikingly different, relating to a distinct niche in the mind. Some observed nature, others were inspired by philosophy, religion, but mainly they reflected my perception in a specific moment. Always in a place that released my creative STREAM OF CONSCIOUSNESS.
This poem was born one early autumn morning when a sonorous church bell and merry-making birds woke me up at a former Abbey in Provence. I lodged in a room where Charles de Gaulle wrote a part of his memoir. The Frenchman, a general and the President of the country, familiar with the revolutionary spirit of his countrymen, certainly pondered liberté in that room as much as I did. The countryside calm and clarity unburdened my creative energy typing the letters of the following poetic liberty.

Liberty is a room on your own

An open field to roam

Flying when and where the id wants

Others and you take it away

Usurping the last drops of water

The clean air from your lungs —

Even life takes it away —

As death is destined to all once born

Illusion fills you day by day

Welcoming every day with joy —

The streams roam with gushing waters

And you have a choice

Was not endowed to humanity

the poor in far-flung lands

Religions, kings and chiefs clung to power through fear

Blinding you is best for the beast —

Post-mortum liberty is an illusion they create to keep you tame.

Freedom is born in each game

Your creative self liberated in the wild

Mirror the kids that reek with joy

When playing is allowed after daily toil —

The innocent know how to live!

Not tinted by artifice

Only authenticity guarantees your absolute freedom

A genuine being cannot be caged in lies

A true you expresses what it wants

When possessive it takes —

Your space becomes my space

Free within the realm of its own —  for eternity

Give freedom to all, including yourself 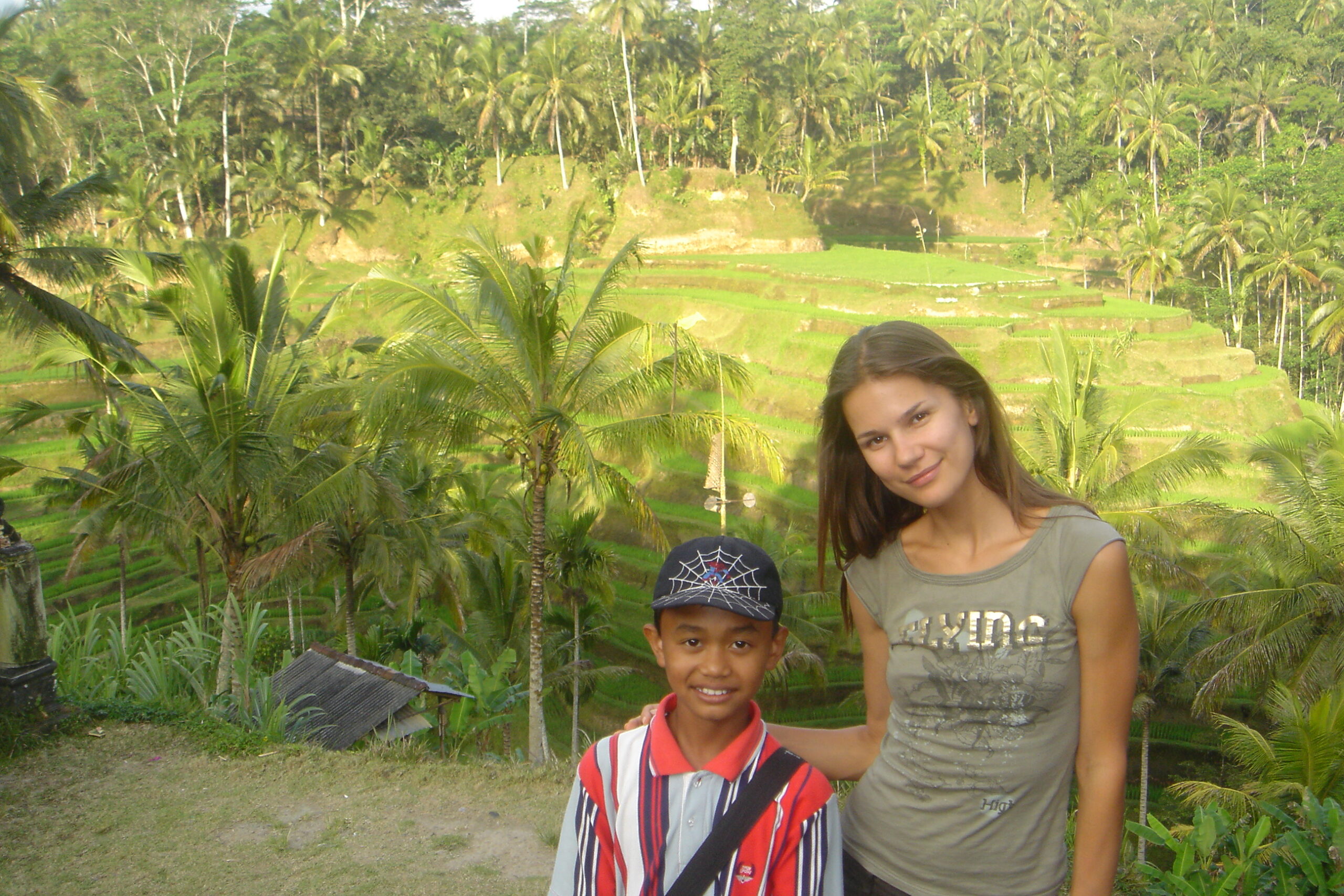 On creativity and freedom

Artists become enraged, passionate, so consumed by liberty that while it may benefit their creative work, it wounds the people close to them. Gauguin left his wife for Tahiti to indulge himself with the local ladies, Rimbaud renounced his family in order to live and later leave Verlaine — there were and are endless victims of creativity. While curiosity expands boundaries, its hunger can carry you away too far from a sustainable, long-living equilibrium. Dr. Sacks wrote a mind-broadening book on creativity and freedom seeing as the pure flow of consciousness. Back to the mind. All talent dwells inside. 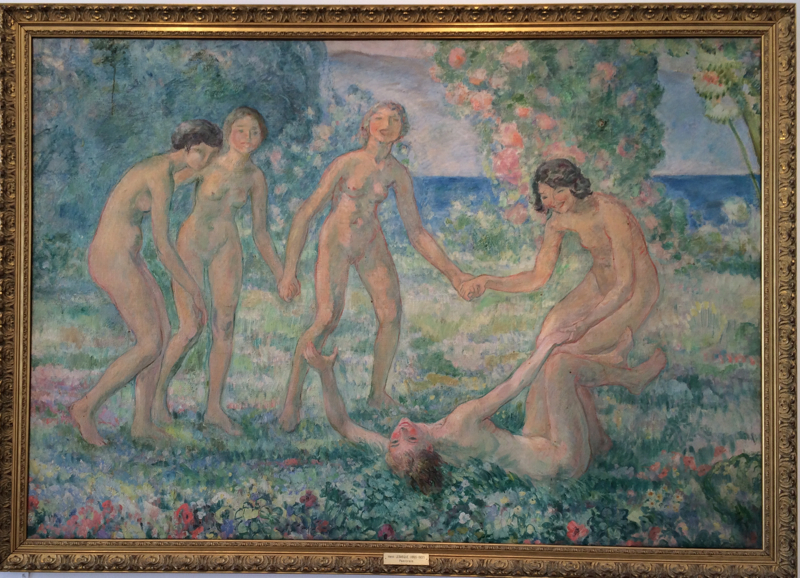 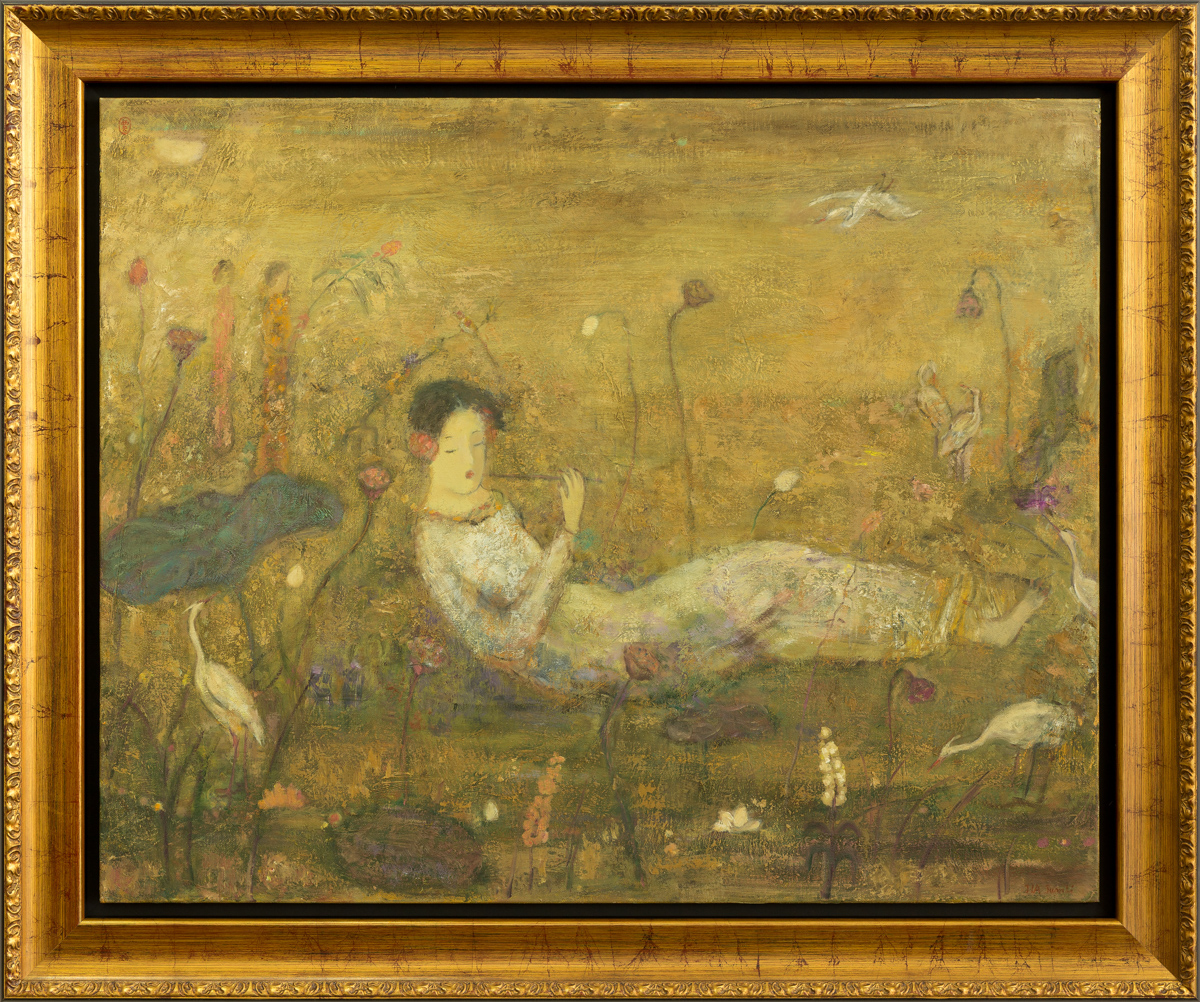 These words flagging freedom are being spun in the net of my mind:

I am sure, you will find plenty more expressions flashing out what it means not to be a slave, but that is not enough. 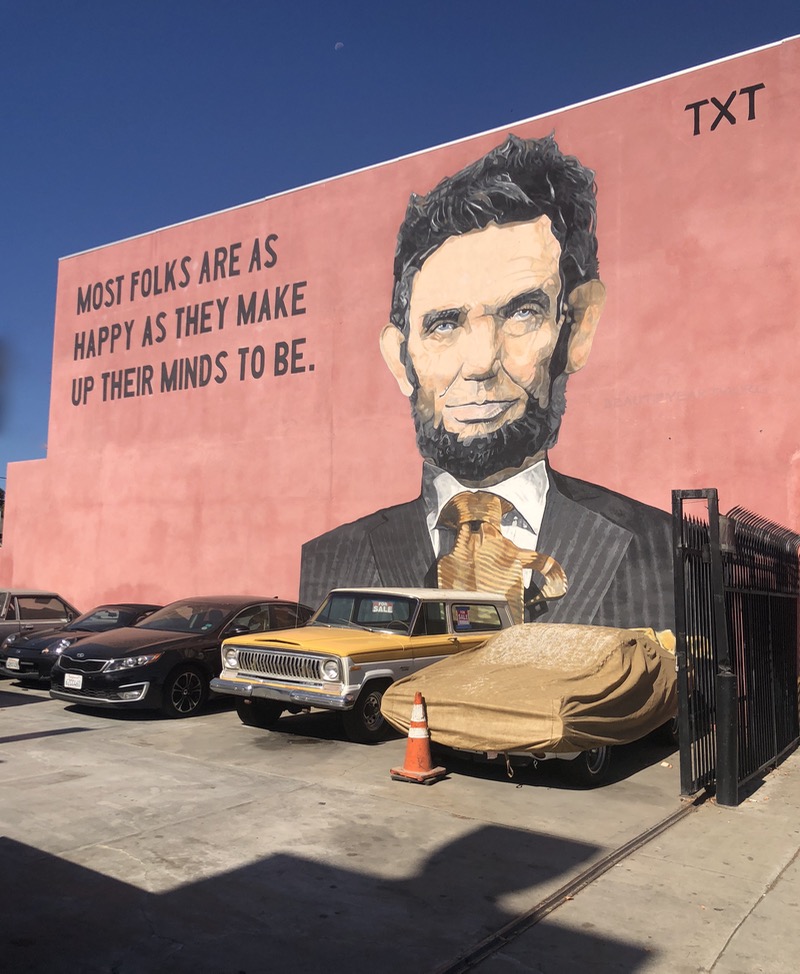 Millennia of wisdom: No freedom is good without responsibility and awareness

Freedom can be dangerous, humans are just evolved animals after all. It has been always curbed by those aware of its harmful potential for humanity. For millennia, various cultures, religions and philosophies have been seeking liberation from others, the harsh life, even the mind. The true yogis, zen masters, sufis and hassids, focused all their efforts on freeing the mind from ego. Further, for over a century, psychology has been dissecting and studying this self-defeating phenomenon scientifically (such as Freud’s id x ego x superego).
A recent accident enlightened my overindulgent free-self when riding a bicycle. Blasting downhill, wind chisels my face, effortless, so free, I thought. An illusion! Everything too good paints over the hard effort going uphill before the swishing down. Fun does not entirely free you from hard work. Further, I let my responsibility off the leash. Drunken with joy, pulling out my phone to check on time, … (you know the ending). I crashed, bleeding all over, my bike rolling-free in the roadside. I laughed it off, thanking the great force (not beyond, within my control if I were mindful and focused on that risky task) for the lesson. A painful one, indeed! Attention and awareness can save us in every minute of our life. 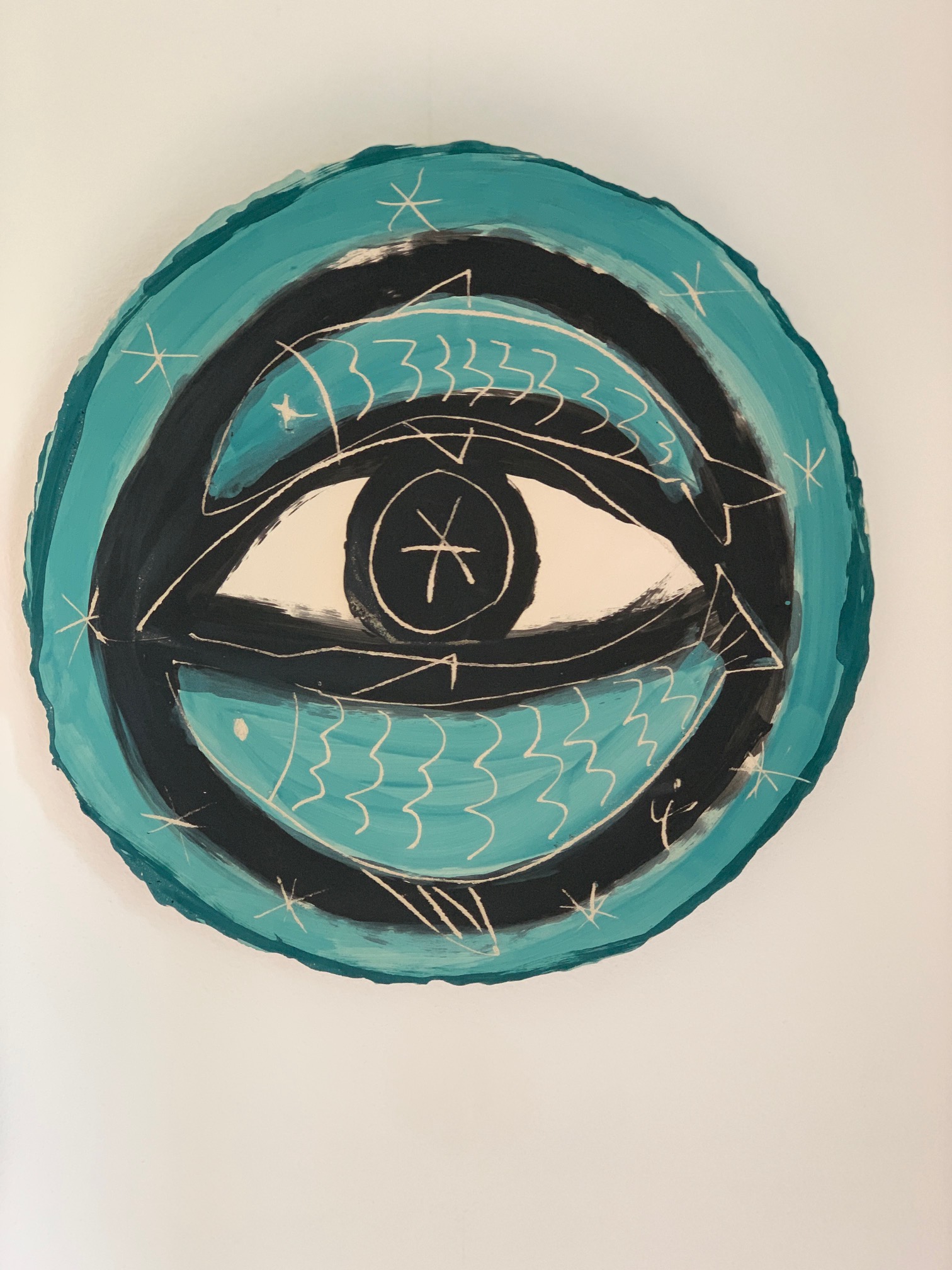 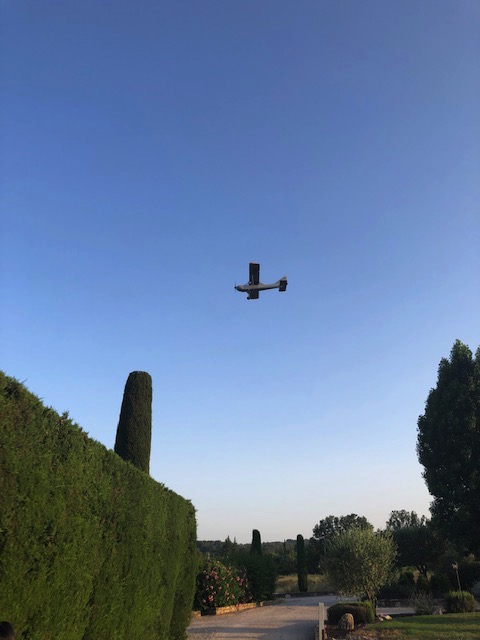 Clarifying the mystery of the mind may be beyond our capabilities. Unless, we dedicate a substantial energy to an increased awareness. Mindfulness practice like meditation gained popularity in our overtasked millennium, but it is not just a tool for a better focus or to calm stress. By wiping out anxious thoughts — penetrating deep into the mind, you learn about yourself, and can better observe your actions. Be impartial towards your thoughts, and above all, free yourself from the detrimental whispers of the ego, then you flow happily within yourself.

Over a coffee on Place des Vosges in Paris, a longtime friend told me: “Everything happens for a reason. Do not reason about it though because there is some energy we cannot explain.” He reads, thinks, discourses, relaxes and composes wonderful music. La vie Parisienne! He has a child and a partner too, and manages it all seemingly effortlessly with awareness gushing from his mind.

I publish plenty of poetry on freedom in her various coats. To flow through every day effortlessly, a nudge, a short form of inspiration and perhaps stimulation to shift something in you and me right now − in this moment when we read that outpour of words we connect with the soul of another human being.