In Japanese traditional tasting menu gastronomic ceramics have always played a supportive role to the chefs’ seasonal food presentation. The choice of the bowls, cups and plates is rarely limited to one artisan, but rather displays the seasonal connection with nature through the design painted on the vessels. Bamboo in spring, mushrooms in the fall decorate the Japan-made crafts. Kaiseki is not for everyone, especially in its ultra traditional use of controversial ingredients such as turtle, fugu fish and other to Westerners not excitingly edible curiosities. The contemporary adjustments are rather more palatable for the less adventurous diners. 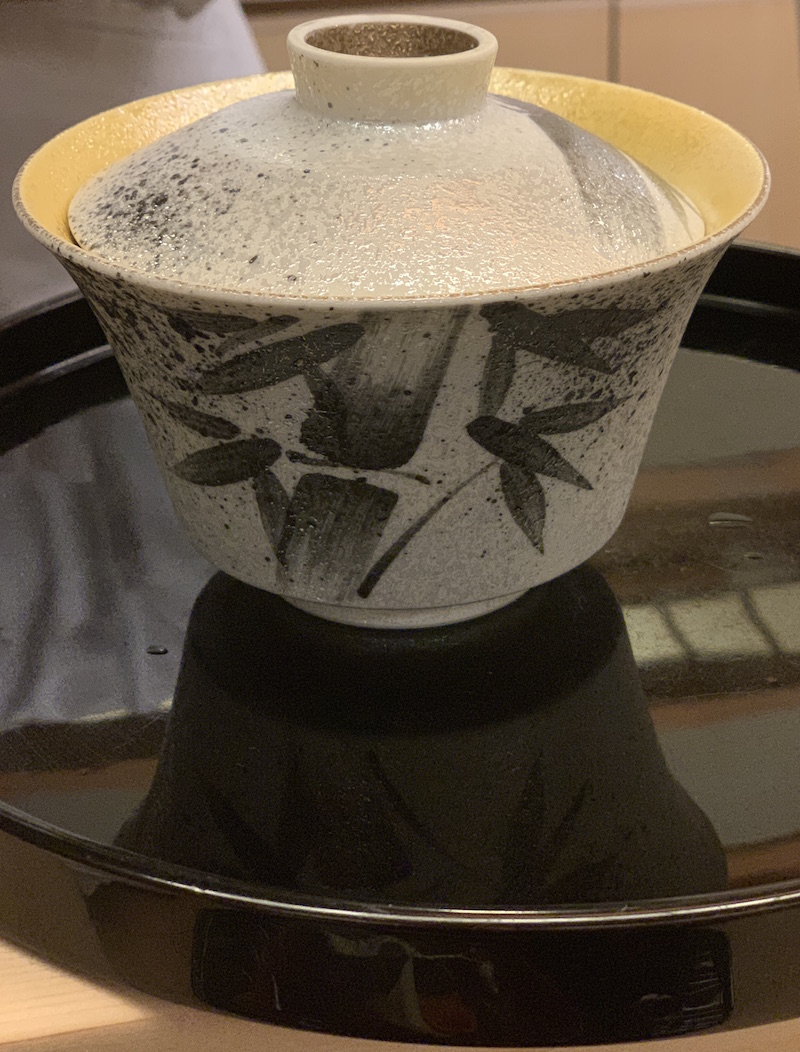 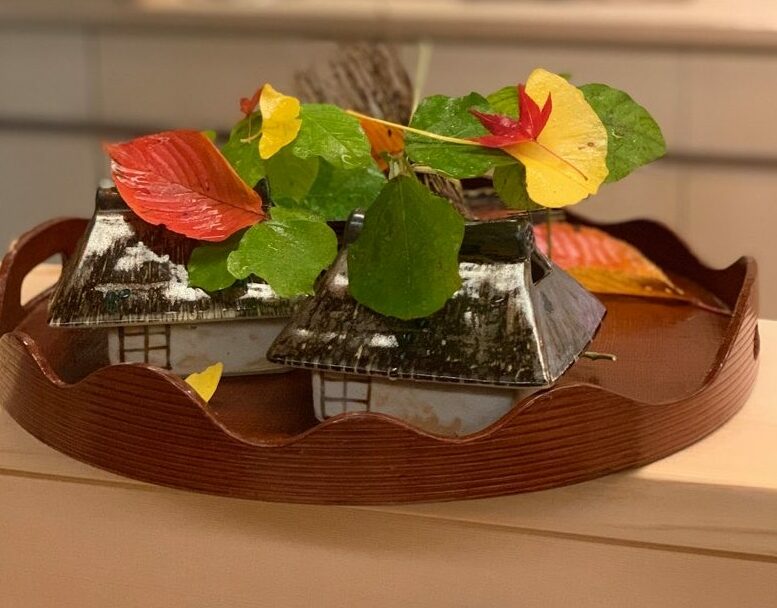 In Kyoto, at Lurra, cheffed by California-born, Japan-raised chef who worked at Noma the choice of tableware is informed by contemporary sensibility in Japanese ceramics. Also in the ancient capital, the three Michelin starred Kichisen uses extraordinary Japanese tableware made locally. Each course proudly sits on a delightful earthenware or a delicate porcelain cushion. Lucky me again on my birthday, I was given a much admired with gold inlaid bamboo brushed rice bowl by the always accommodating masterchef (pictured above left).

Picking rather traditional Japanese ceramics bought at antique stores, the Nishikawa kaiseki course reveals something different at each meal. It is almost like an exhibition, so I am always curious not just about the food to be served, but as much about what it will be served in this next time. 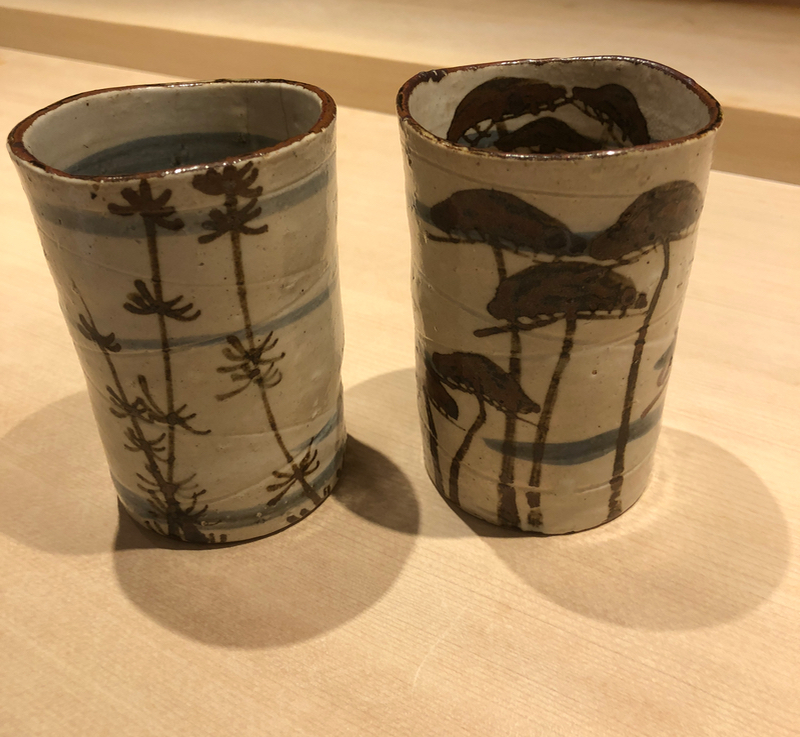 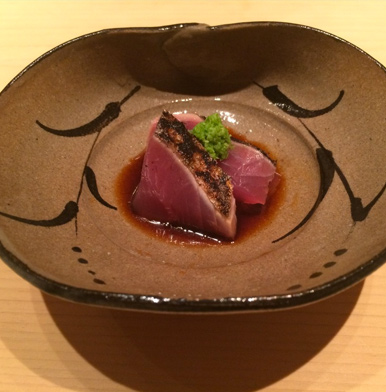 The roughly-textured and unconventionally-shaped Japanese ceramics naturally contrast with the perfection of lacquerware or crystal serving bowls and plates used in the tasting menus. Some sushi chefs also take the effort to handpick artisan tableware personally. Intriguing gastronomic ceramics are used at the three Michelin starred omakase tasting of Sushi Yoshitake in Tokyo. 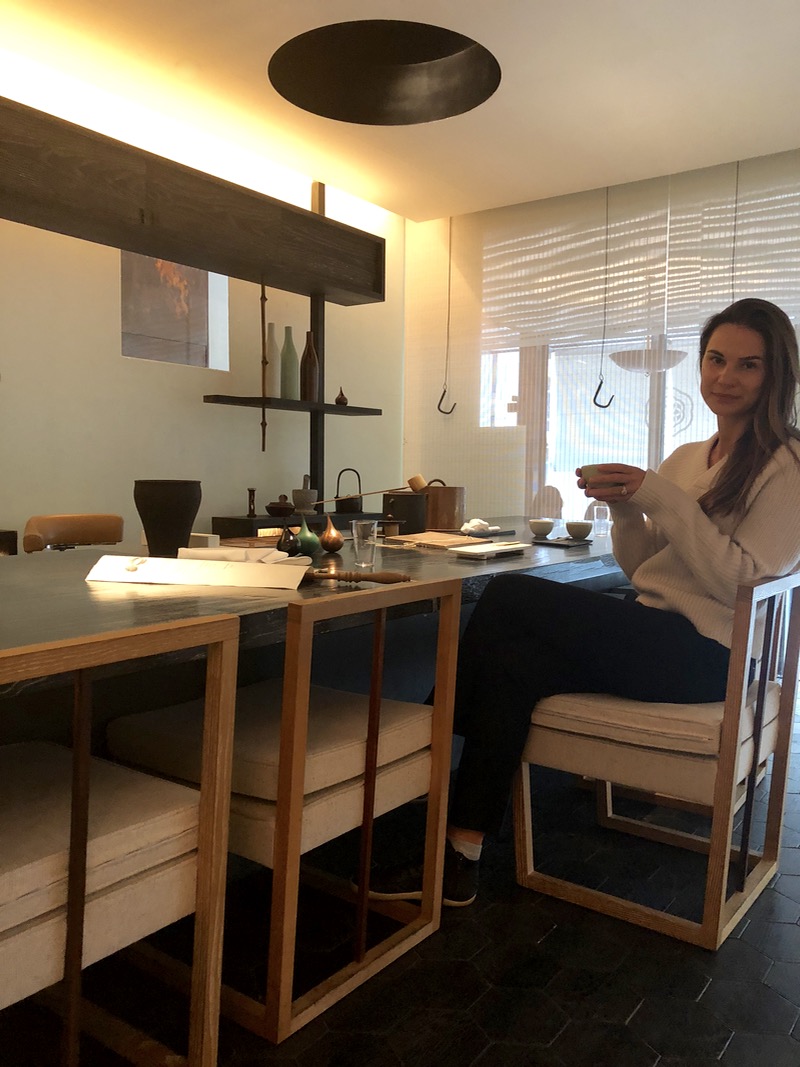 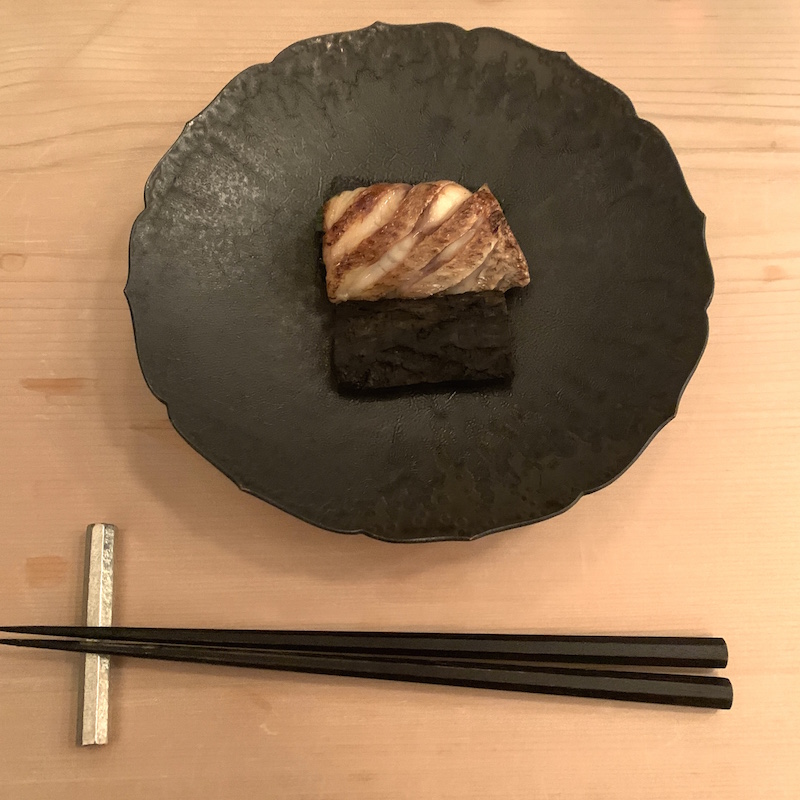 I interviewed the Japanese designer Shinichiro Ogata of Simplicity studio in Tokyo. There his group of design-driven restaurants includes a tea room, tea bar, a counter restaurant, wagashi boutiques and an exclusive private dining club Yakumo Saryo. The latest project includes a restaurant and tea room in Paris, but his home- and tableware can be found as far as in California. The sublime three Michelin restaurant Single Thread included some of his minimalist pieces in their extraordinary kaiseki menu. Beyond ceramics, his copperware, award-winning signature paper-ware and laquer are more about design than manual work. Yet, it’s their simple perfection that is so appealing. Very Japanese. Metal meets perfectly polished clay or bamboo in some of his trays and tea pots. 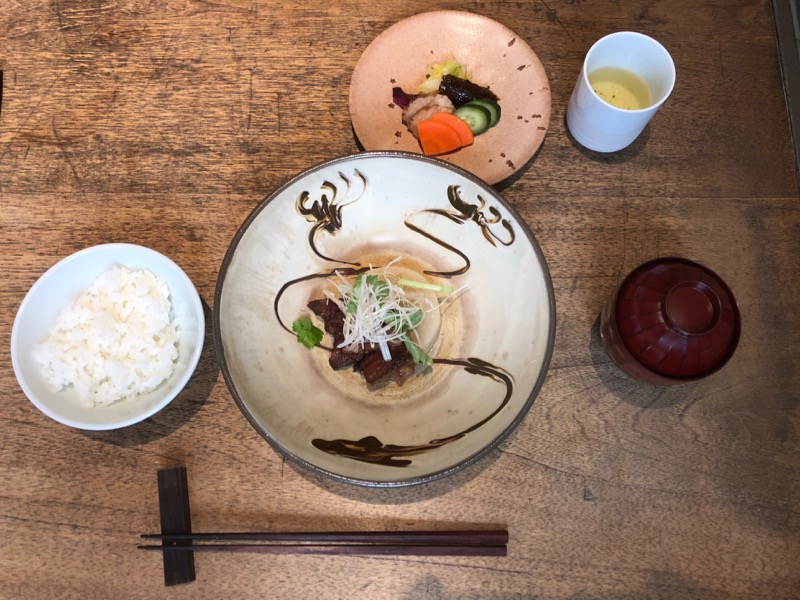 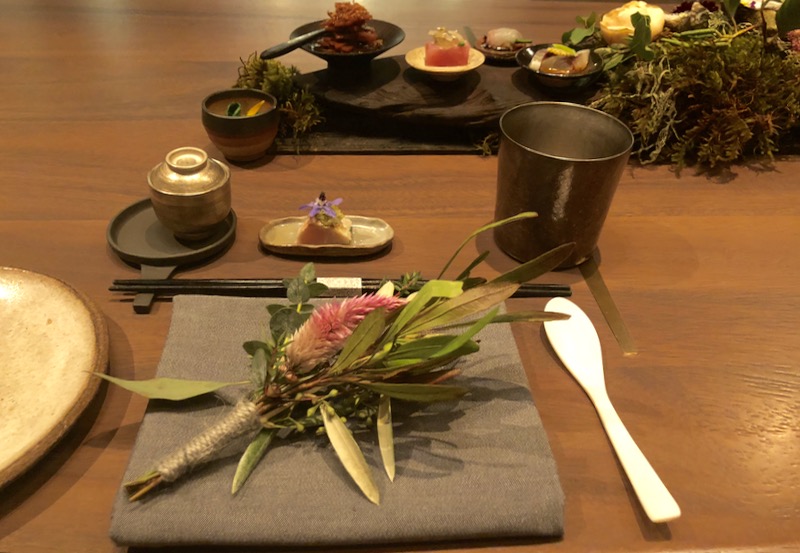 In my Gastronomic ceramics series, check further out what talent the great French chefs support, how wild the Best Restaurant in the World goes in working with designers in Spain, or who in America employed an architect of his building to insert some vessels into the restaurant’s repertoire.