Costa Blanca stretches South of Valencia from Denia through the province of Alicante taking some 200 km of the pebble beaches and dramatically rocky Mediterranean coast of Spain. Some visually stunning parts are accessible only by a steep hike or unmarked paths towards the rare, still unbuilt beaches, but there is also the locally typical white-washed architecture that awes and calms the eye at the same glance. Reminding of Greece and Portugal (like Monsaraz for example) and unlike the Islamic touches of the more Southern Andalusia by the coast of Marbella. Some aspects of this stunning region even feel Italian, others whiff off Southern California‘s wild beauty. 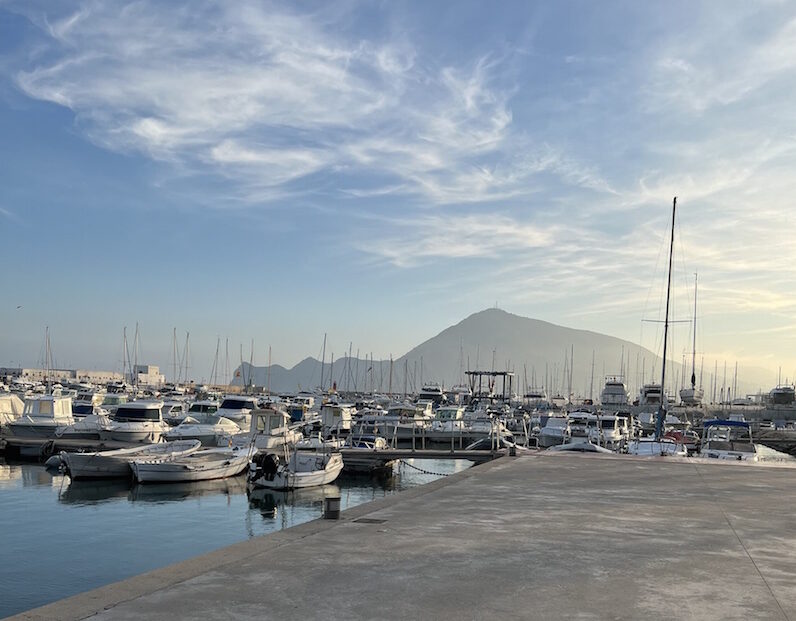 As with the freshness of San Sebastian and the green-washed Asturias and most of the Basque Coast in the North, this particular stretch of Costa Blanca touched the naturalist in my soul. One is nudged to pick a brush and paint a canvas with this blissful slowness of winter, off season calm.

A balmy sunrise beach walk through Altea magnetized me uphill to the white-washed old village. As with the most charming coastal villages along the Mediterranean, you better stroll through early before the tourist shops, cafés and restaurants lure in crowds. The cafe chairs on the church square were still stacked up, only cats and old ladies wandered around. 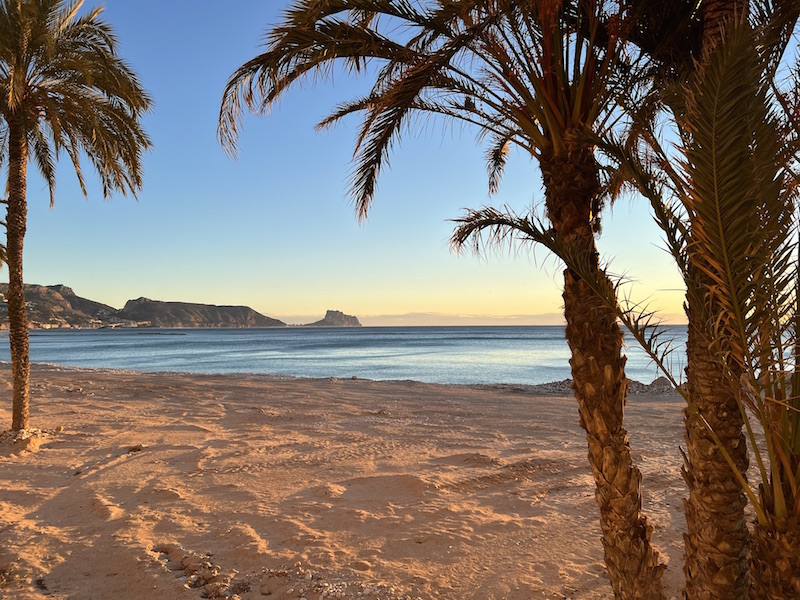 With an analog Leica over my shoulder, the warm peach hues of early morning Costa Blanca magnetised my lens. Passing by an empty pebble beach, a small yacht port, a brick sandy beach framed with palms around 8am the world seemed magic to me.

Snapping mind-catching photographs where only local residents woke their presence as early as I did in this winter morning. The soft palette as if infused the colors with a deep, comforting sensation on the live canvas slowly awakening in front of me.

Be calmed and wonder virtually by my morning photo story here: 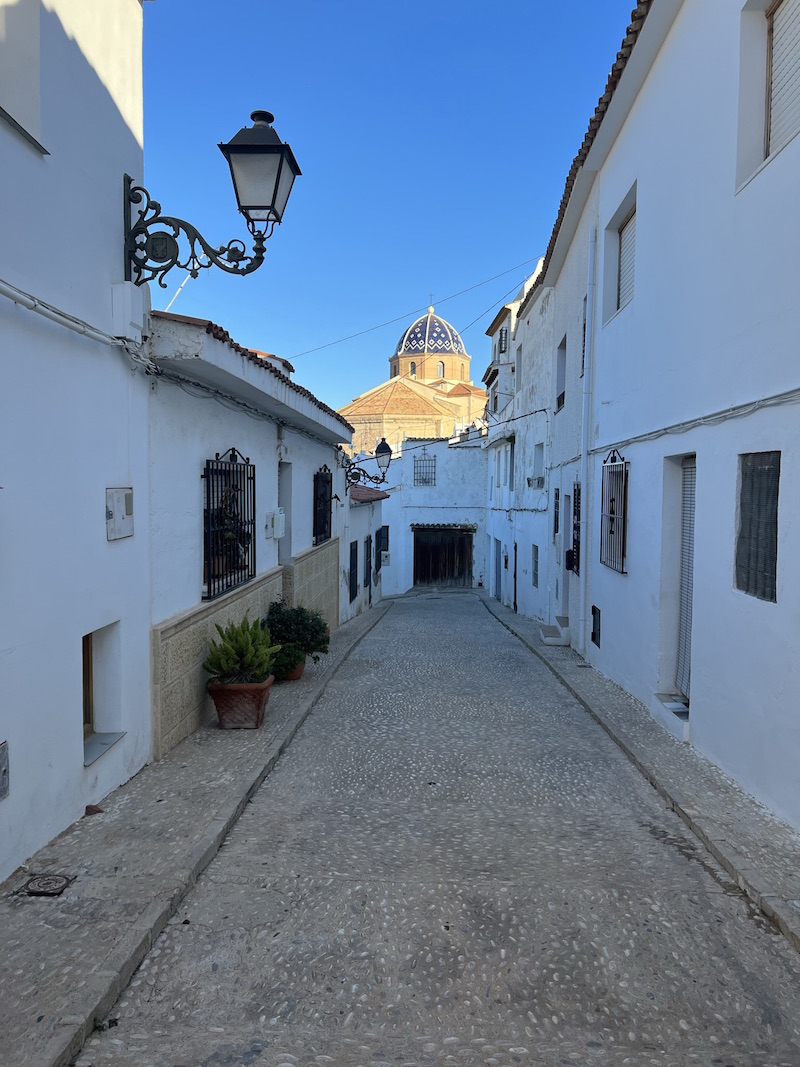 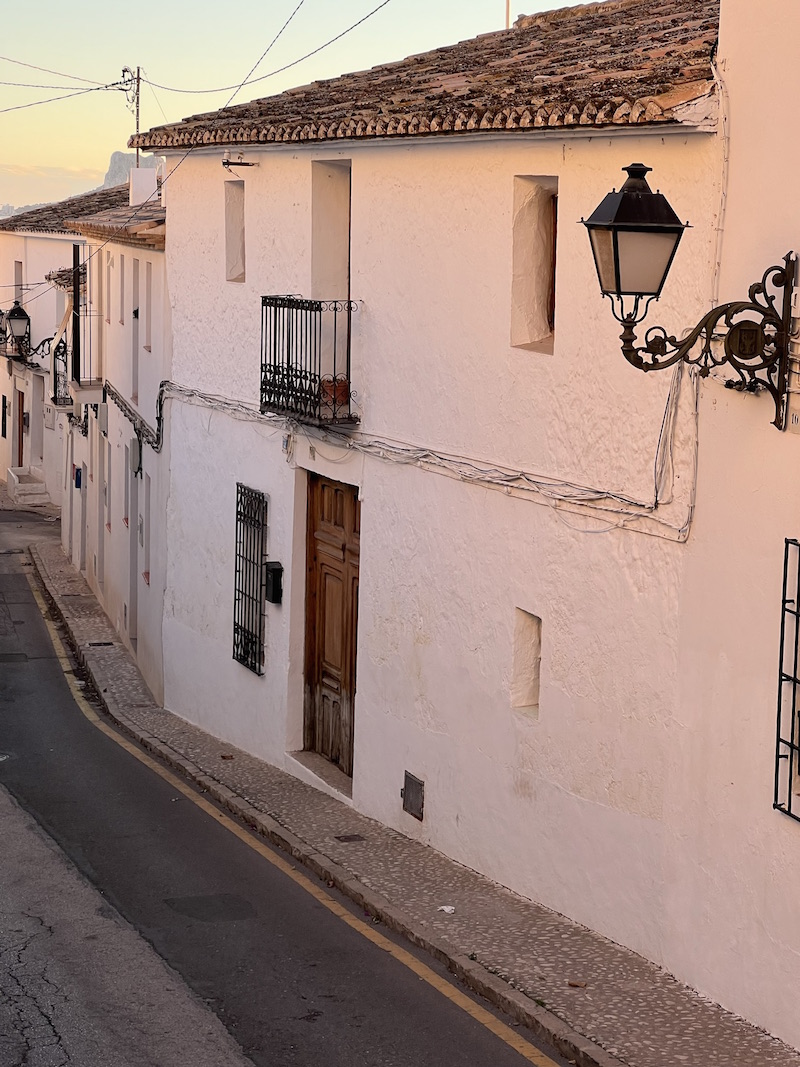 Whitewashed walls with the sun’s peach blush on the houses 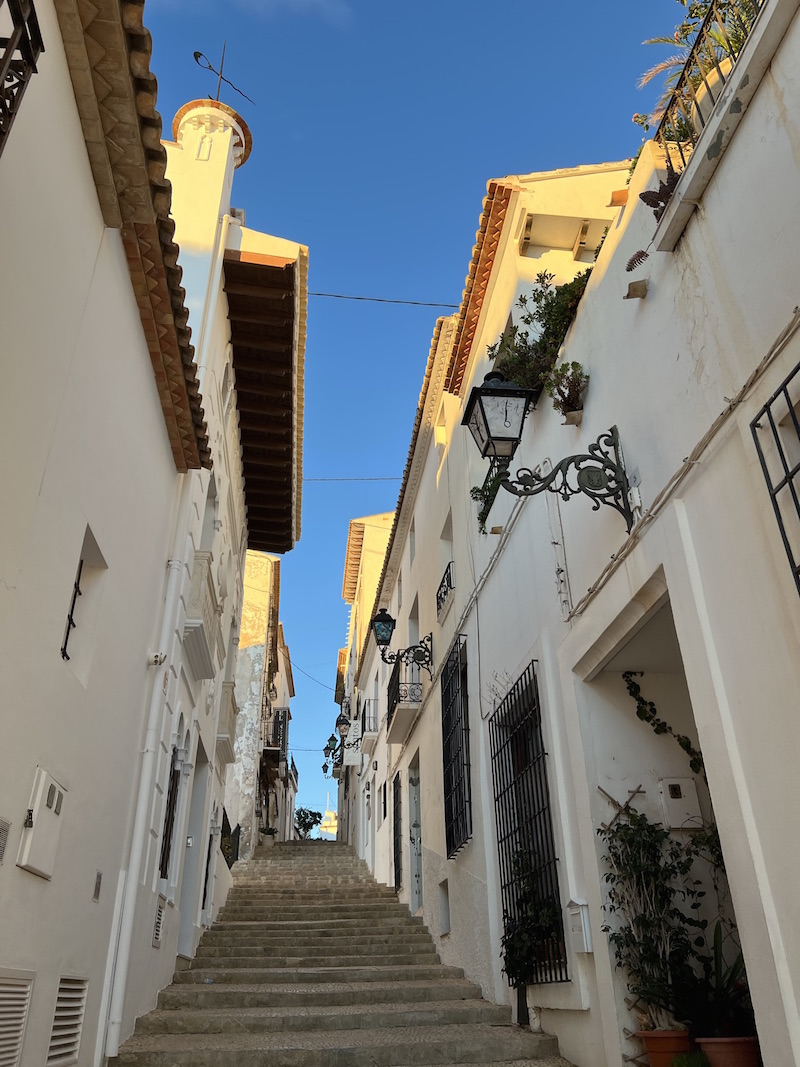 Climbing up, ancient architecture was not barrier-free 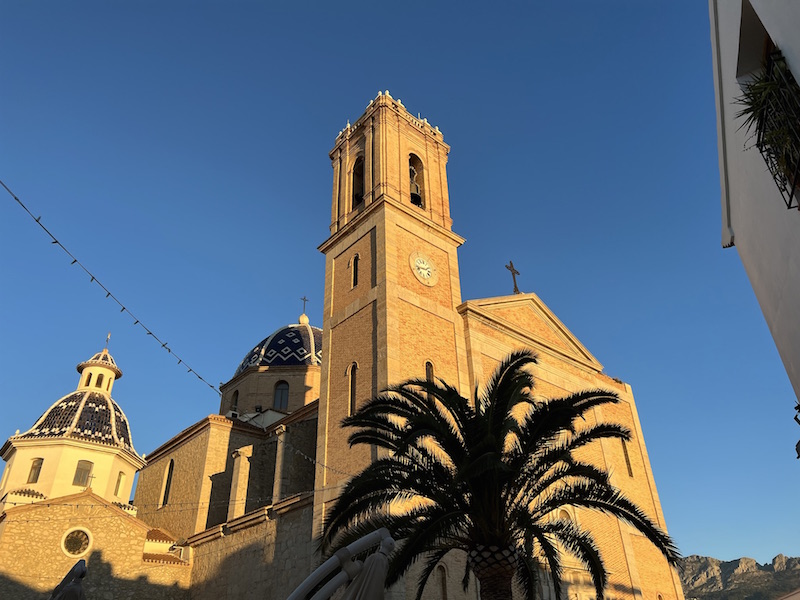 The blushing church of Old Altea 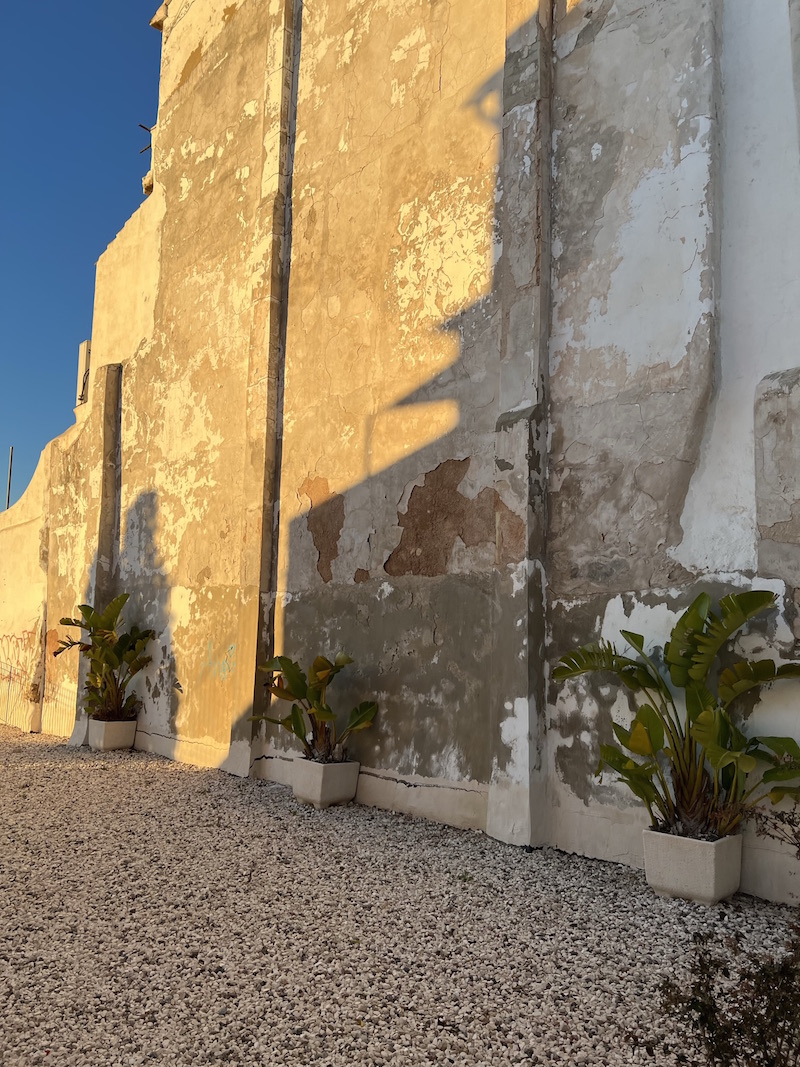 Wabi sabi beauty before a new house goes in 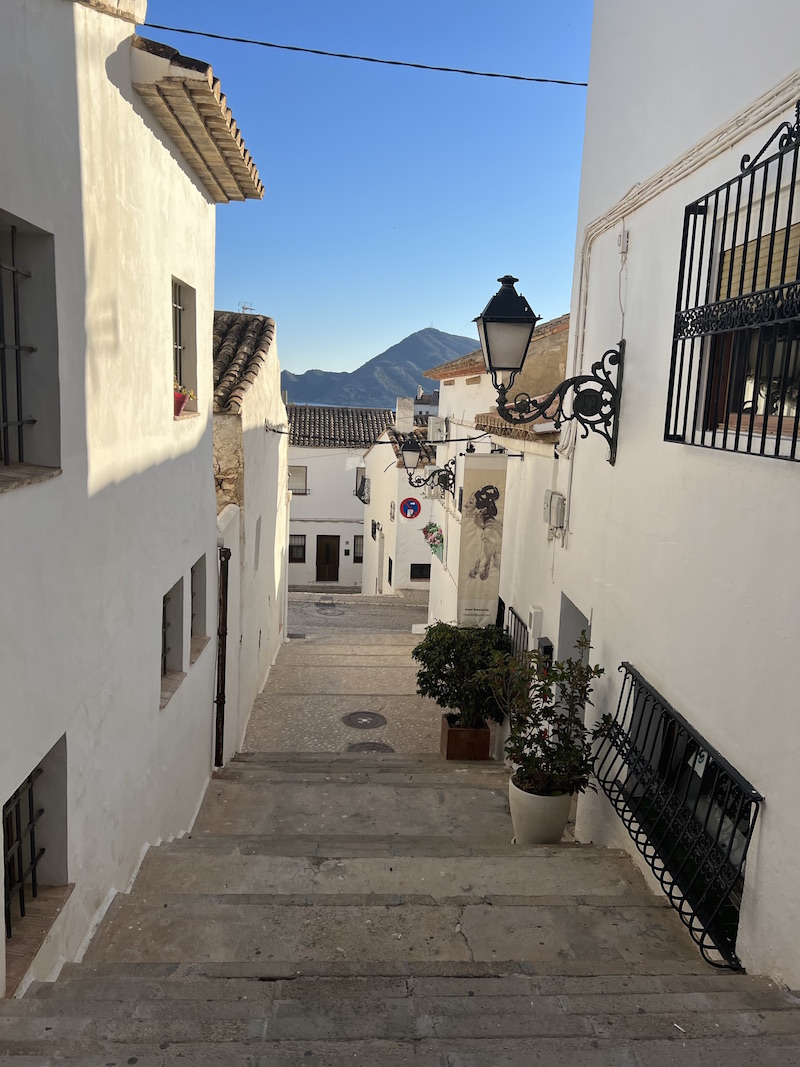 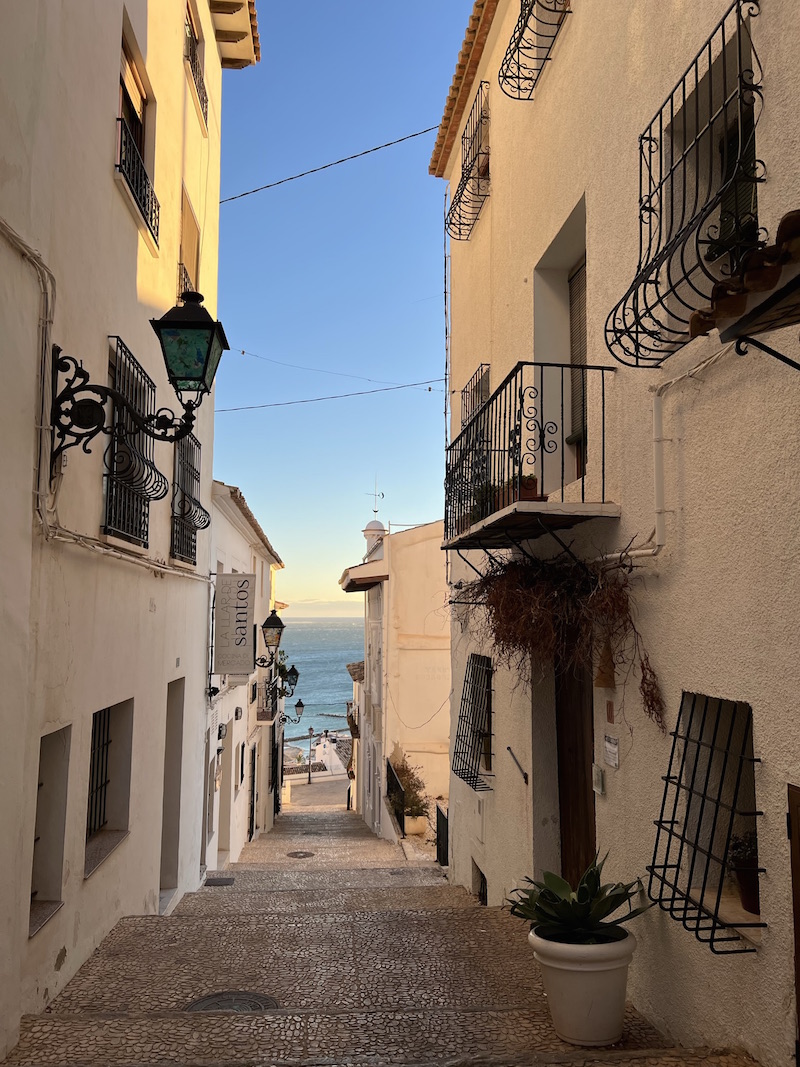 Down to the sea 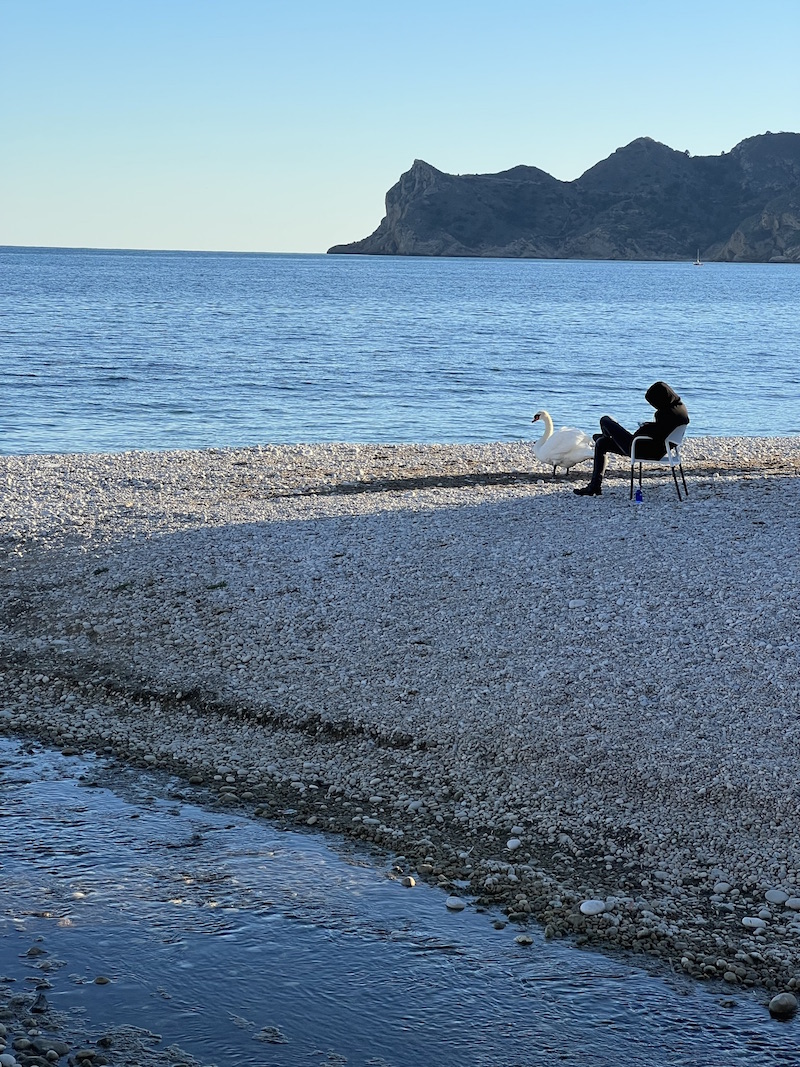 Space with the swan and his phone, not the sea 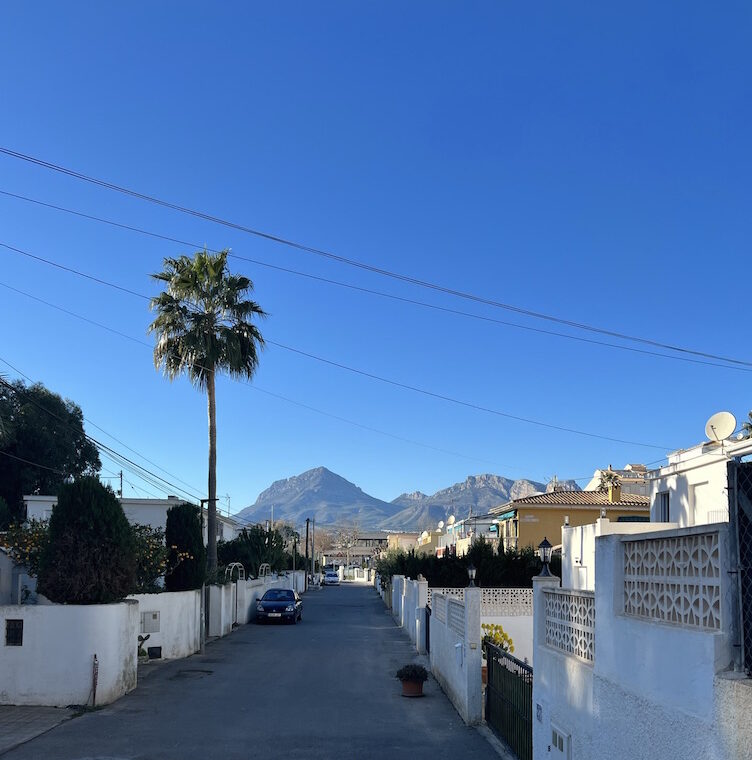 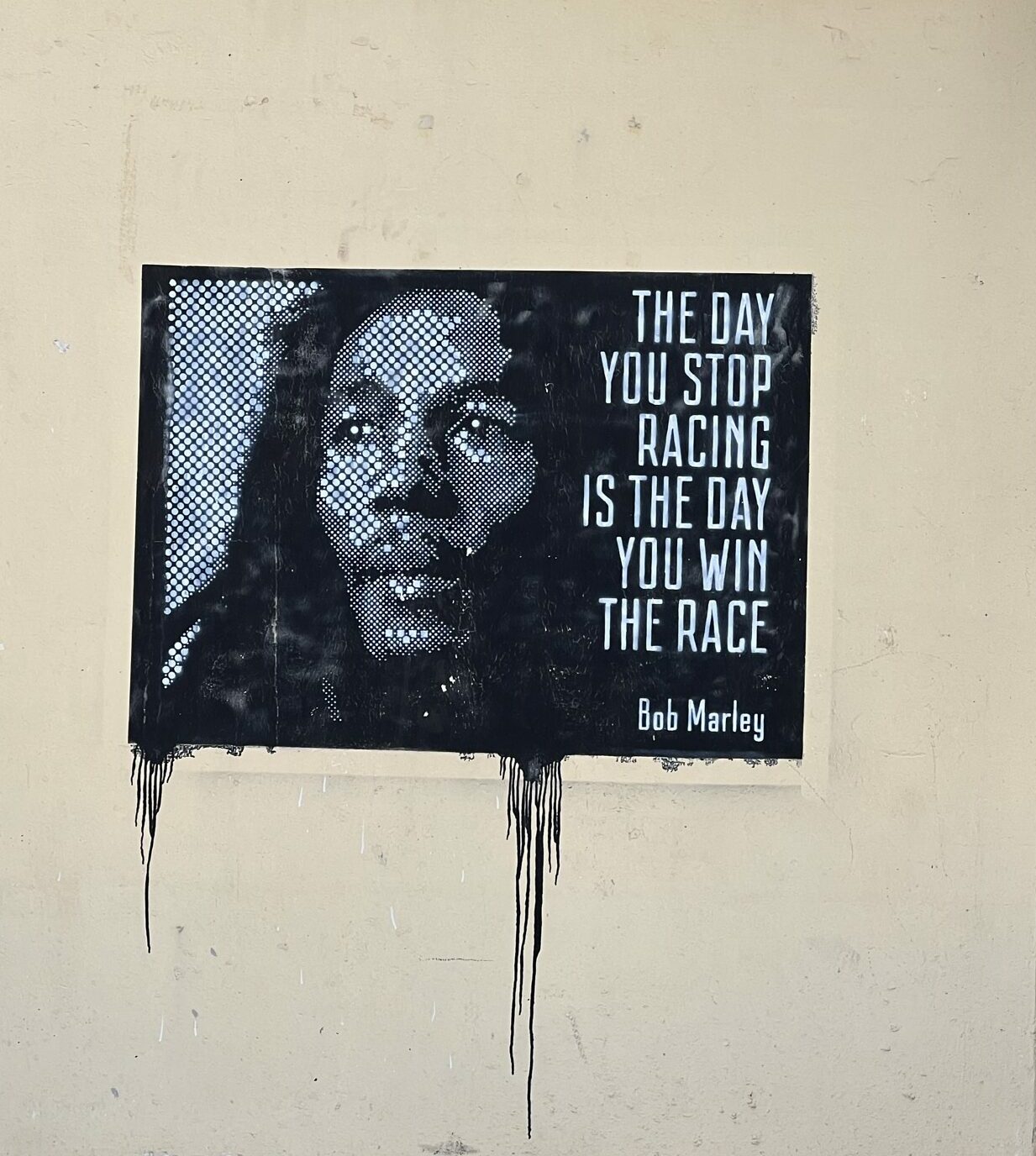 Bob Marley nailed it on the beach wall

Returning another day later in the afternoon to a very different scene, a touristy buzzing hilltop church square, sealed the worth of an early rise. Costa Blanca certainly pleases the eye and has this wonderfully relaxing effect on the mood that just being here makes you feel healthier. Still, you can add on and check into the SHA wellness clinic nearby. The wealthy, health and balance seekers stroll by the beaches and the paved natural park trail to the lighthouse daily. The summers are too hot in this sun-scorched region, therefore anytime between mid September until June is best for visiting.

If your inner gourmand rebels, then you better venture further North along the coast to Denia, where one of the most awarded Spanish chefs, Quique Dacosta hosts a three Michelin starred feast from the local bounty. Rice, oranges and seafood count as the most Valencian of ingredients (my orange story coming soon), therefore expect creative edible works of art with either. He has a number of more casual restaurants in Valencia next to his two star concept in this Spain’s third largest metropolis, so you have plenty of delectable choices at hand.