Toshiro Konishi was a Japanese chef recognised for his Japanese-Peruvian fusion cuisine known also as “Nikkei”. Already when 16 years-old he worked at Fumi restaurant in Tokyo together with the now famous Nobu Matsuhisa. Encouraged by an enthusiastic regular guest at the restaurant, they moved to Peru to open “the best Japanese restaurant in Latin America”. Toshiro Konishi as well as his fellow chef and friend Nobu Matsuhisa inspired thousands of restaurants around the world with their blend of South American and Japanese ingredients and culinary techniques. 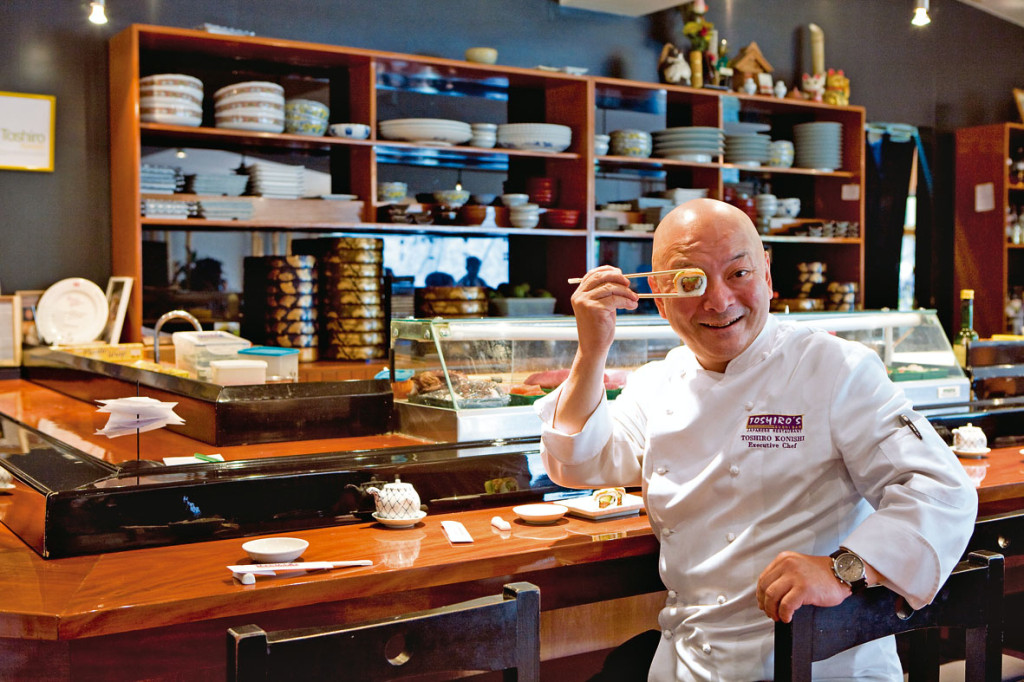 Prior to his death in 2016, I interviewed him while traveling to Peru. The bald-headed chef sparked with a dalai lama-style happy energy, and a friendly and welcoming attitude. Eloquent in fluent Spanish he educated chefs and food enthusiasts around the world interested in his culinary techniques and Peruvian ingredients.
Sipping on his favourite drink – vodka, lime and soda; he treated me to one of his signature, award-winning dishes, the scallops with his sauce served in a clam shell.
———————————–
LMB: What brought you to Peru?
Nobu Matsuhisa came here and he loved the variety of ingredients and the gourmet nature of the people in Peru. So I came as well, but stayed.
LMB: How for a Japanese is Peruvian cuisine different and what connects these seemingly world apart food cultures?
The culture of Japan and Peru is connected. Although modern Peruvian cuisine is a marriage of different cultures, since from the 15th century various foreigners brought their ingredients and cooking styles with them, this is now changing. We are coming back to the old ingredients and ask ourselves how they are in their natural form? We look at their texture, local provenance, and we are using mostly these local ingredients. This is same in Japan. However, as in my case we still need to import something. I am Japanese so my base is soya sauce and miso, but the rest is locally sourced.
Also the Peruvians cook for health, not only for eating. It comes from the old practices of the ancient Inca culture in Peru.
LMB: You have been living and cooking in Lima (Peru’s capital) for over 40 years. What fascinates you the most about this country?
It is one of the countries with the most variety of ingredients on the world. There is a very developed gourmet culture and it is the culture what is the most important thing for cooking.
LMB: Gourmet culture is for most of us connected more with France. How would you compare the French and the Peruvian approach to food and cooking?
In cooking there are two cultures – agriculturists, who have always been calling to gods for good weather and safe harvest; and meat oriented hunters, who listened to shamans for advice on when to hunt animals. Until 1500 in Peru the cuisine was mostly natural and based on agriculture. It was only after the Spanish came when the raw materials became less important. In France it is mixed. The Romans influenced them as they became mostly hunters and the food is therefore meat and sauce based. Whereas in the pre-Spanish Peru as well as in Japan always the cuisines are focused on ingredients and sauce is minimal.
I think that Peru is becoming the new top-gourmet destination. 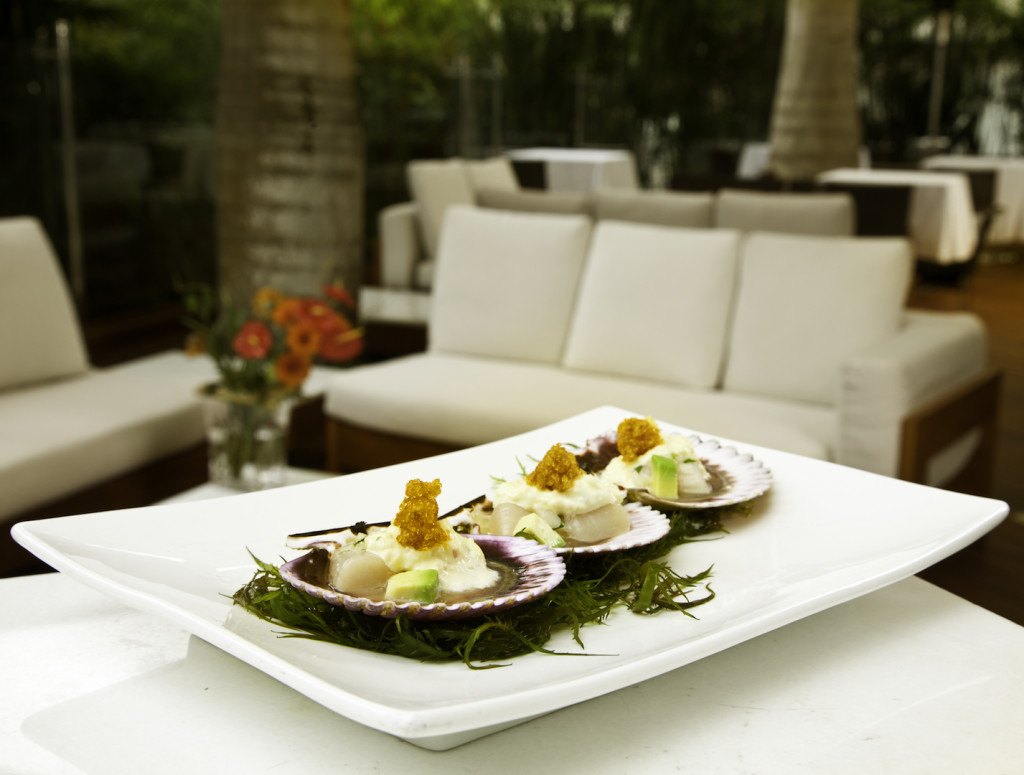 LMB: How was it to train under the helm of the legendary chef Humberto Sato here in Lima?
He is a specialist for Nikkei cuisine. It is basically a home-cooking approach, like mum’s food. He was asking women what they use at home and observed them how they were cooking and tried to find their secrets leading to successful meal. I learned lots of things from him as Nobu did. We were investigating the ingredients, learned about the various bacterias in food and around us and then applied it to our cooking. We need to look for a balance in terms of food, avoiding bacterias which negatively affect our bodies and using the powers of those good for us. A chef should think about health, not only about feeding his customers.
Also, for me religion is important. We need to respect it when creating a menu. Having a variety of dishes for everyone, from vegetarian to Kosher or Muslim.
LMB: If you had to choose one, what is your favourite ingredient?
They are all like my sons and daughters. As a chef I have to prepare everything. But, for me as an individual it is fish. I like that they are changing with every season – tuna is best here in the winter for example. Seasons are crucial for me as a chef.
LMB: Your favourite dish on your menu?
The scallops – ‘Conchas Toshi’ – since they gained me a recognition from top chefs when I came with this dish to Spain in 2005 to represent my cooking in Peru.
LMB: What was the most significant achievement for you as a chef?
The most important thing for me now is to help. For example after the earthquake near Pisco I wanted to help the children there. As a chef I can do it. Also other chefs come here helping me to raise money for the cause. All the food I cook is from my heart with Japanese roots as I am.

When not on the road educating air raising money for charity, Toshiro Konishi ran his restaurant in Lima named after him simply Toshiro’s. He also used to head the kitchen of Mesa 18 at the luxurious Miraflores Park Hotel when it was still included in the Orient Express Hotels, but as the brand was bought by the LVHM conglomerate and became the Belmond, he also left the kitchen there. The Miyazaki Prefecture born chef came from an established restaurant family with long culinary roots in Saito City. His legacy as a chef, teacher, entertainer and musician in Latin America established him as one of the first generation of nikkei expats on the continent is indisputable.
Privacy Settings
We use cookies to enhance your experience while using our website. If you are using our Services via a browser you can restrict, block or remove cookies through your web browser settings. We also use content and scripts from third parties that may use tracking technologies. You can selectively provide your consent below to allow such third party embeds. For complete information about the cookies we use, data we collect and how we process them, please check our Privacy Policy
Youtube
Consent to display content from Youtube
Vimeo
Consent to display content from Vimeo
Google Maps
Consent to display content from Google
Save