Château Palmer, the king of gold elegance is nesting just next to the majestic symbol of Margaux – the Château Margaux, bearing the same name as the AOC known for its feminine wines. 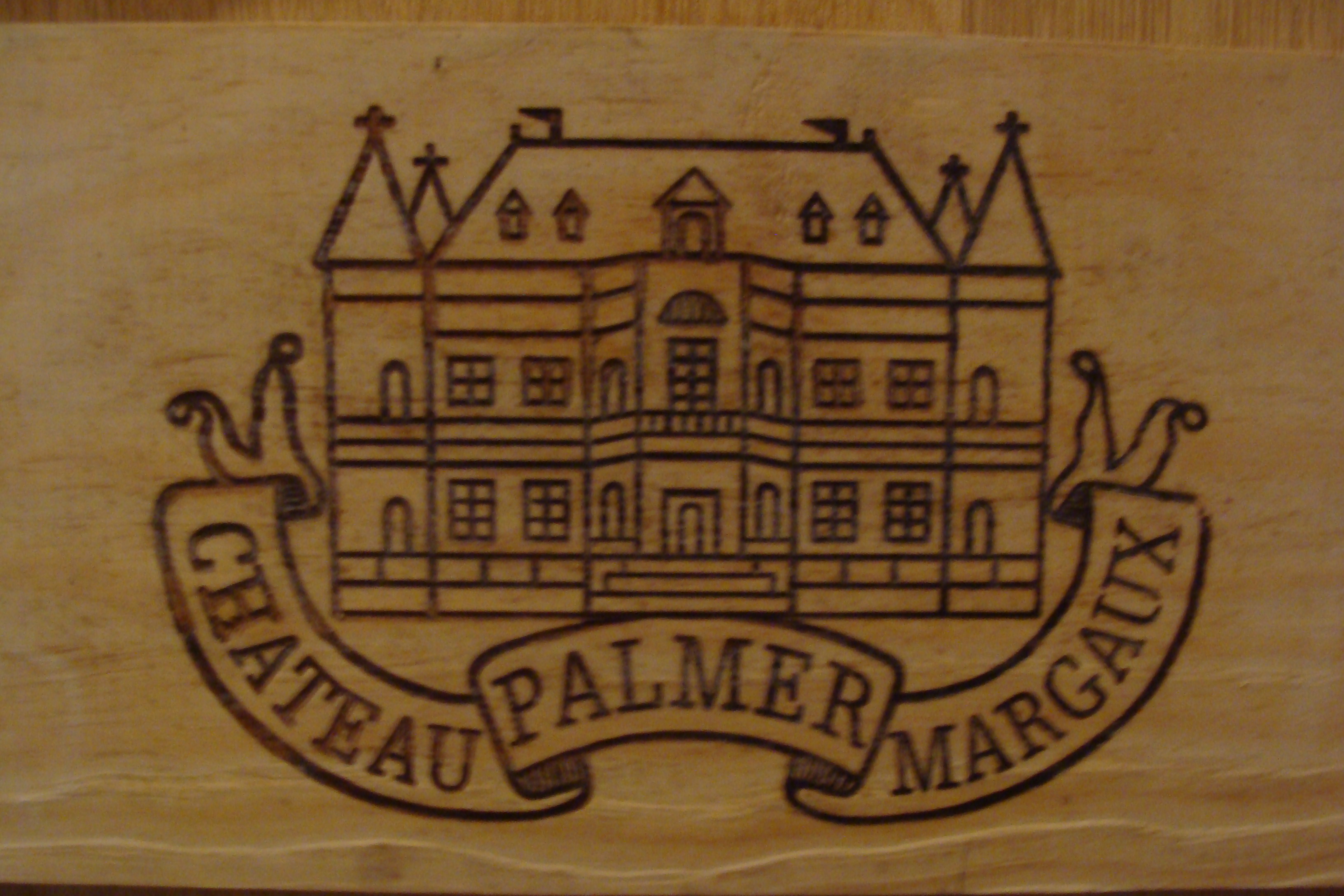 Both neighbours touch the shores of the Gironde estuary so significant for the terroir of these Châteaux. The gravely soil is another aspect common to many vineyards located in the feminine Margaux appellation. Perhaps the last thing they have in common and what at the same time distinguishes them is their vibrant (turbulent) history.
The Château Palmer was founded at the beginning of the eighteen century by the Gasq family, but soon was purchased by the british Major General Palmer, who not only gave the Château its name but also contributed to the development of the vines and vineyard all in a controversial fashion. Nowadays, the proprietors of the Château still try to stand out as they have even commissioned creation of their own song for the 2009 vintage. They also have a very informative conical towers and slate roofs.
Yet, those who deserve the most praise are the Pereire brothers who bought the Palmer’s estate in the time of crisis in 1853. Their Portuguese – Jewish origin could have sparked the business success and also competitiveness with the powerful Rothshild wine magnates contributing to an accelerating quality of the wines produced at the Château Palmer. Pereire brothers sponsored building of the magnificent château distinguishing it vividly from the other Margaux wine estates. The Palmer’s conical towers and slate roofs contrast with the romantic Château Margaux building.
Another crisis struck Palmer and this time the whole world. The 1930s economic crisis brought Château Palmer into the hands of four Bordeaux families, two of whom reign the estate until today. These are the Sichel and Malher-Besse families.
The history might be one facet peculiar to every single château but, as it is typical for Bordeaux wines, each of them produces unique wines of distinguished smell, colour and bouquet even though their grapes, not just literally, touch each others roots.
Moreover, their fan club of wine connoisseurs varies. Those relishing the absolute balance, elegance and finesse appreciate Château Palmer’s red clarets. One of them is surely Simon Berry of the oldest wine merchant in London Berry Bros&Rudd. He even wrote a foreword to the Château Palmer’s own book published in 2008 (You get it free of charge on your visit of the chateau). There he shares his passion for Palmer, he elevates his first taste of the famed 1961 vintage he drunk with Peter Sichel, one of the Palmer’s owners as he writes:

‘..it seemed to me to be the most perfect bottle of claret I had ever tasted. Not the most powerful, not the most flavoursome, not the oldest, and certainly not the flashiest or the most expensive, but just what every claret should aspire to be at a perfect stage in its maturity…’ (he drunk it in 1997- 36 years after the grapes were picked and transformed into wine).

Affordable cost of a bottle of Palmer (most vintages, the 61 goes to a higher sphere) is another distinction when compared to the Château Margaux whose wines are sold for double prices for some vintages.

Palmer makes today only red wine from the three typical Bordeaux grape varieties – Cabernet Sauvignon, Merlot and hint of Petit Verdot (the shy Cabernet Franc is more popular on the right bank in Saint Emillion, Pomerol, …). What is interesting, in the past it made also a white wine of an unknown grape variety. A bottle of a white 1925 still hides in the cellar of the Sichel family and perhaps in some rare collections elsewhere on the world but nobody knows where exactly.
The discovery of this endemic bottle confirms the importance of white wines far into the history of Bordeaux winemaking.

Some of the châteaux in the Médoc area still produce smaller quantities of white wine. For me they are sometimes even more interesting than some reds. I have tasted plenty of white Bordeaux and was amazed how highly competitive they are even with the top white Burgundies. I dare to say that, so far the throne belongs to the white wine Pavilon produced by the Château Margaux. The bad news is that the white Bordeaux are difficult to find abroad so for most of them you will need to travel to the Bordeaux itself in order to purchase at least a case.
Another practice, though more popular nowadays, is to make a second red wine. Both the Palmer and Margaux follow the suit.
Palmer’s youthful equivalent is Alter Ego setting it apart from the ‘Grand wine’ with its reverse coloured label. Instead of deep dark blue background with golden imprint the Aler Ego’s label has golden background with a dark blue imprint. 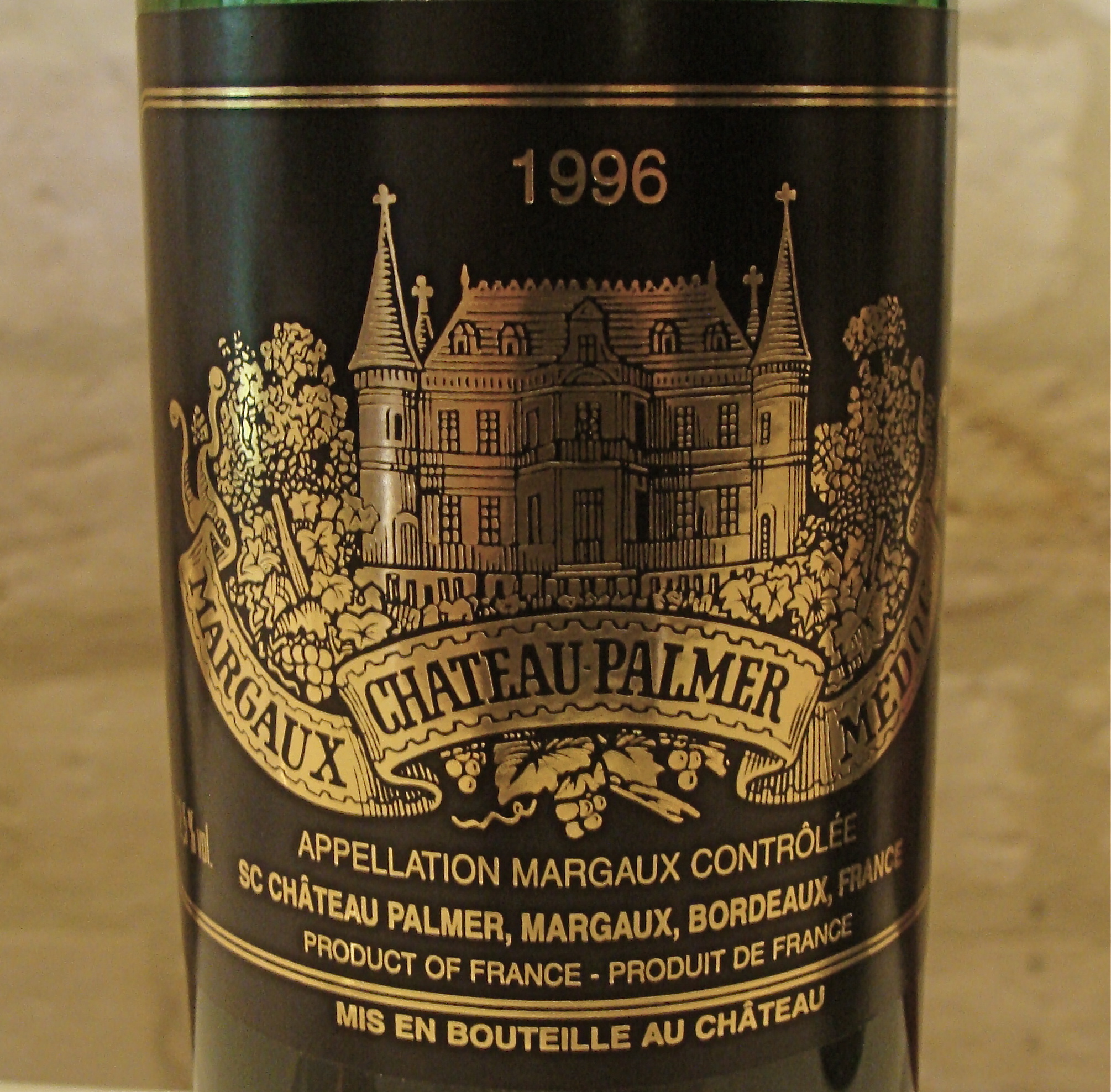 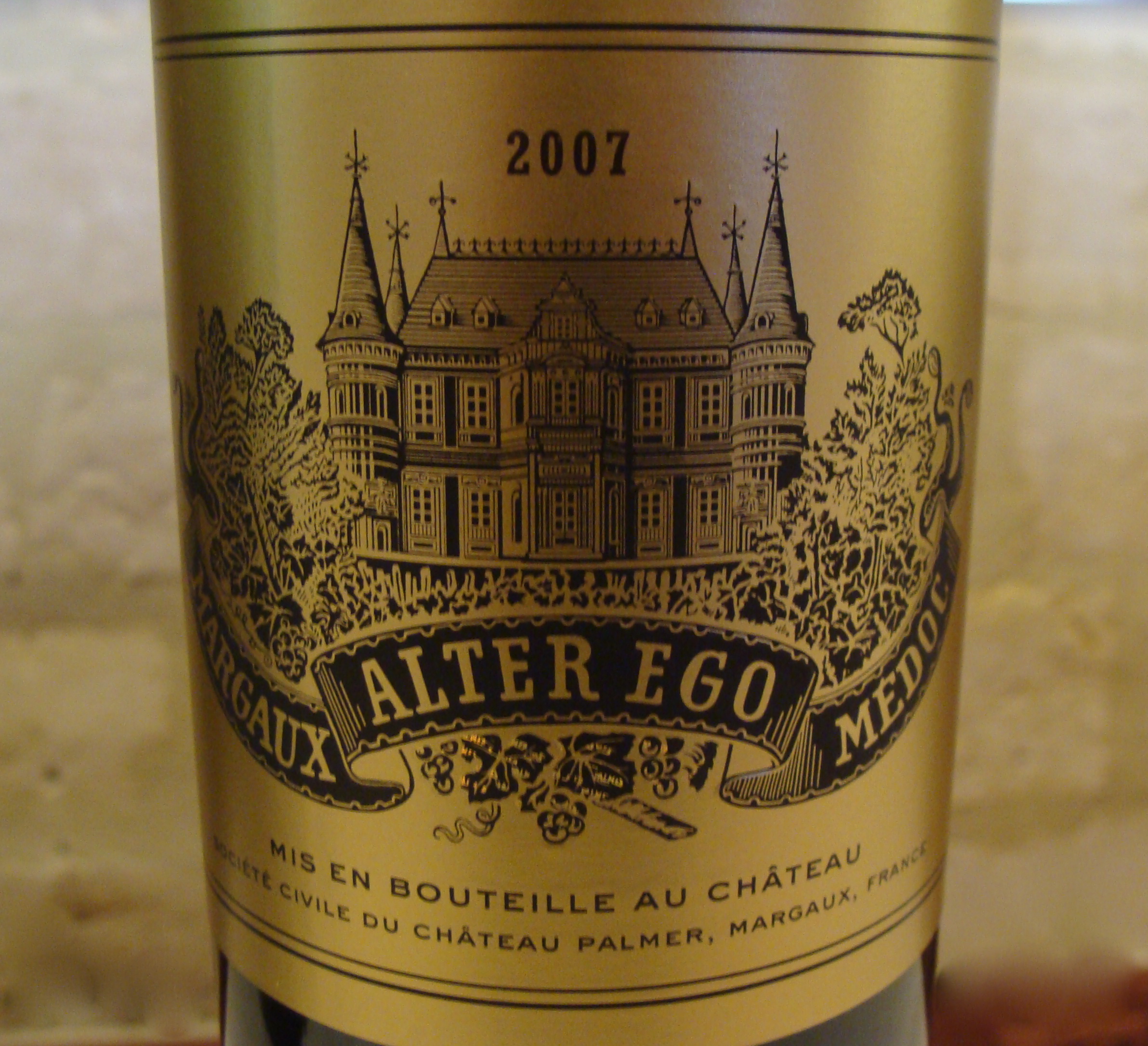 However, the proprietors like to emphasise that Alter Ego isn’t a second wine as it is just a different, fruitier and ready wine enjoyable in its youth. From this stems its great value as it can be drunk in two or more years and you do not need to wait for the minimum recommended 10 years ageing as with the ‘big clarets’.
Château Margaux has also a second wine. It is called The Pavillon Rouge du Château Margaux.
The peculiarities of each Château are tangible in their divergent Grand Cru classification from 1855. Château Margaux got into the first top five 1er cru rank whereas Château Palmer stands in the third family of Grand Crus. In the 1850s Palmer was in its challenging period therefore it is a distinguished achievement that it got to the Top Cru status at that time.
Moreover, who can trust an over 150 years-old classification nowadays? Traditions are worth to respect, but our taste should decide. Therefore, I encourage everyone to try as many various Bordeaux as you can and compare them yourselves. Just a small example. Château Petrus and Cheval Blanc from the right bank aren’t in the 1855 classification at all and whose wines are today priced as one of the highest?