There are plenty of wine shops and wine bars offering prevailingly French wines. However, I found some of a different provenance – from California to Spain. And you do not meet only Westerners buying these wines, there are many locals browsing the shelves of the increasingly popular wine shops in Asia. 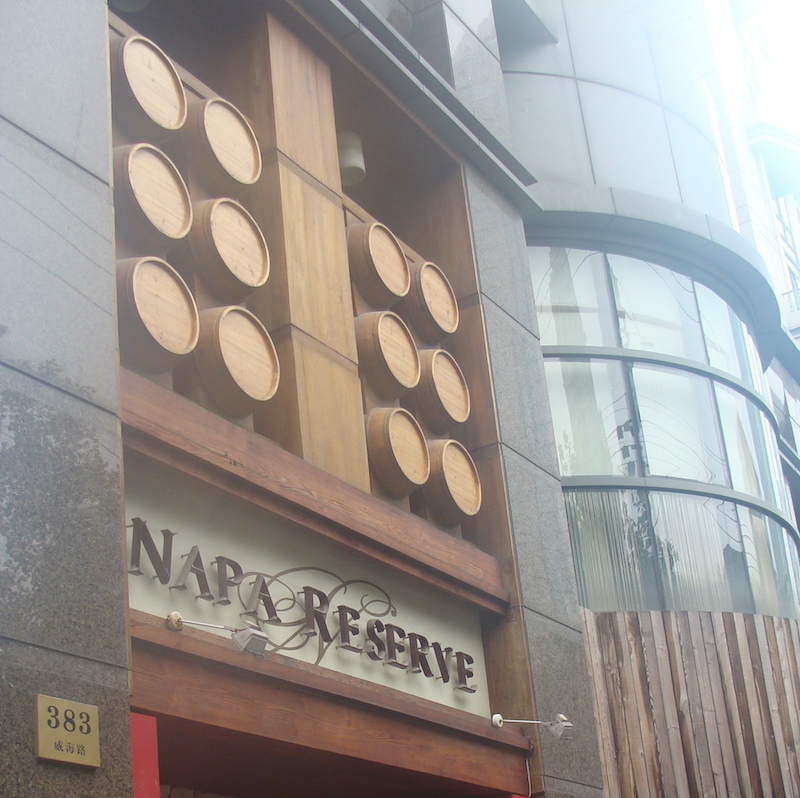 Napa Reserve wine shop offers a wide range of Californian wines as its name disclosed. It is conveniently located in the proximity of the bustling Nanjing Lu just across from the old Four Seasons hotel.
On the same road, there are two other wine shops. One is heavily French oriented (Bordeaux, Burgundy, Rhone, Loire, Languedoc, Rousillon, etc.) and the other one offers a little bit of everything.
Chinese are quite new to wine drinking (if you don’t count rice wine) and their penchant for Bordeaux had to leave a mark on the majority of wine lists. Although not just Bordeaux dominate the wine lists, but increasingly one finds some Chinese wines from the mass production Great Wall to more boutique and complex wines from the Shanxi province. 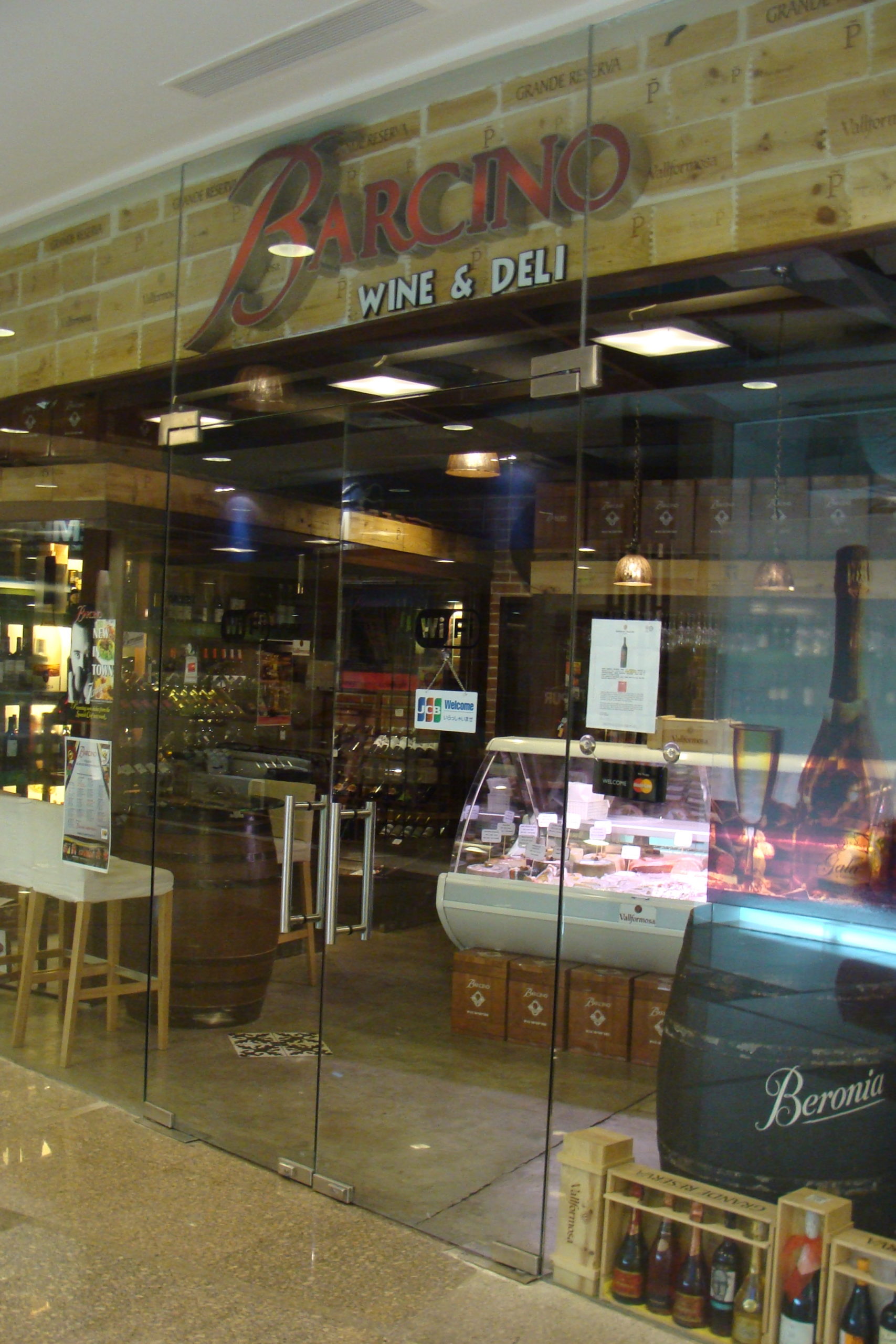 Barcino wine shop is located in one of the top shopping malls so popular in Manila, the Greenbelt. Except at the hotels and the luxurious shopping malls one rarely finds wine shops or wine bars in the bustling metropolis. The entire gourmet food and wine drinking culture in the capital of Philipines is oriented around these modern, upscale, and for many locals, not accessible venues.
Barcino specializes in Spanish wines, as one would expect in a former Spanish colony. The selection is wide from great bargains to top-notch Riberas and Riojas. Spanish-speaking South American treasures from Chile and Argentina are also included.
The wine shop bears the name of a super tasty and authentic Spanish restaurant in the same shopping complex. 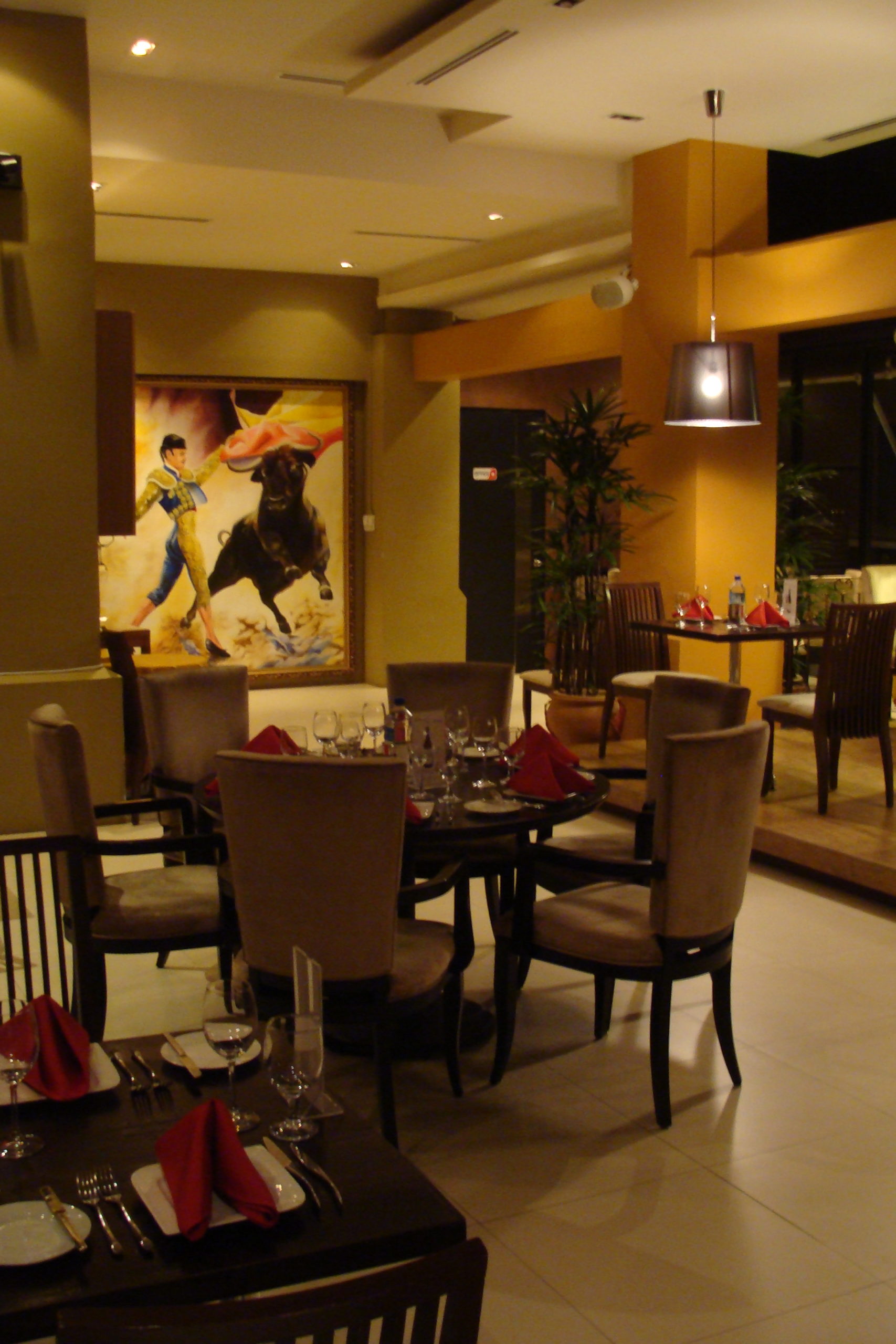 Villa Enrique is a Spanish tapas bar and restaurant in the popular area for foodies – Dempsey. It offers tasty appetizers but some of them are disappointing. On the other hand, their sangria can proudly carry its name here. The wine list is also worth checking out. Spanish wines are a staple though and the service can be a bit slow as if to copy the laid back Southern Mediterranean style. The chic yet cool ambiance is the main reason to have a drink there. 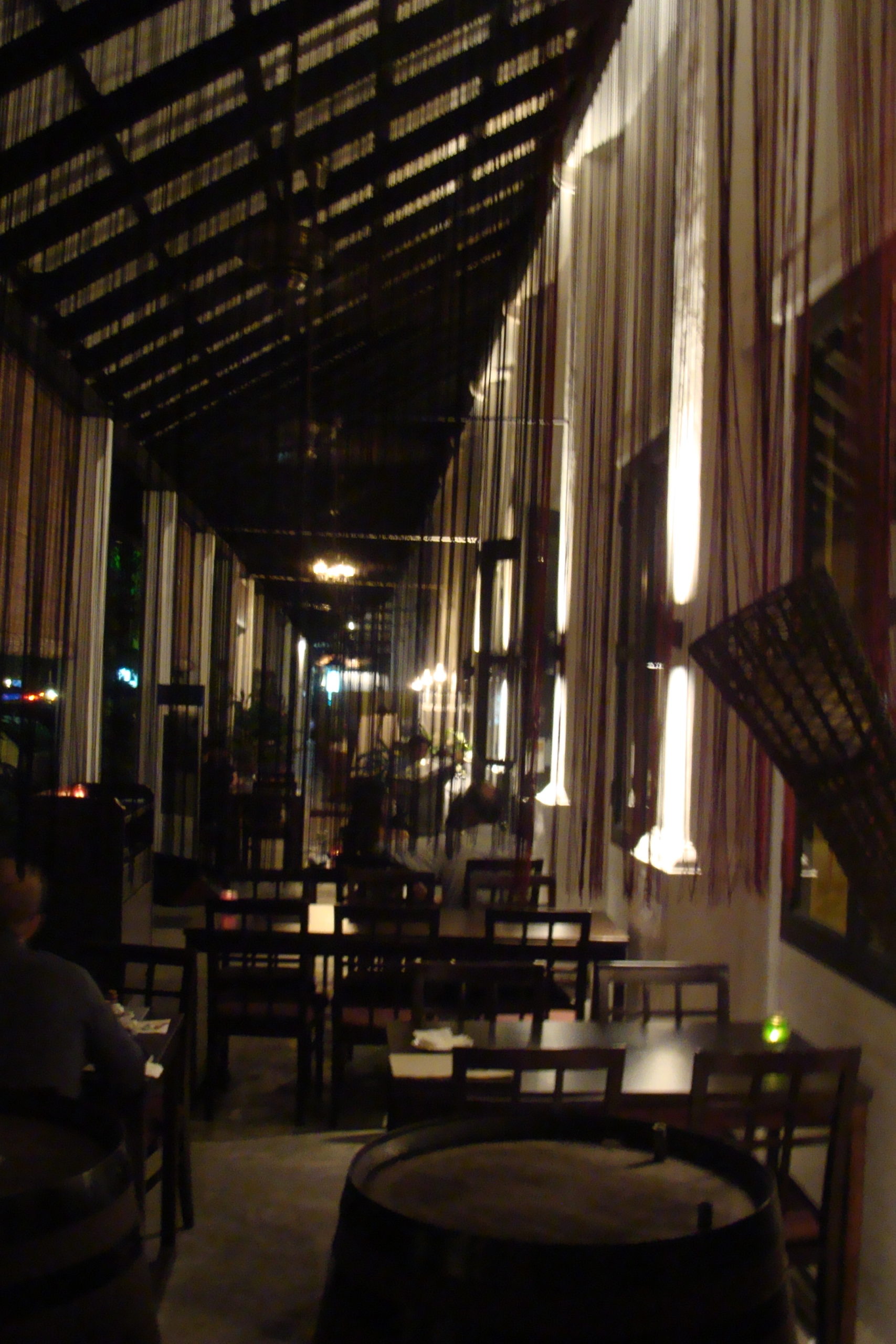 The future holds so much in its Bacchanalian hands for the largest continent. There will be much more serious wine-indulging options in Asia in years to come. The House of Roosevelt in Shanghai opened after this post was published and the wine bar at the St Regis Hotel in Singapore are the liquid as well as physical proofs of the wine revolution across the Asian continent.