It may seem quite unusual, but nowadays you can really find a russian champagne or russian madeira on the shelves of wine shops.
During my visit of the London International Wine Fair this week I stumbled upon Russian stand and my curiosity whispered into my consciousness to skip the renowned French, Italian, Spanish and Californian wines in exchange for something more exotic.
Russian wines surely seemed to my inner persona of an explorer as an appealing adventure when I carefully examined Russian letters on the labels. You might have heard about Russian vodka but wine? What more – a champagne and madeira?
To be in alignment with the EU law it was not champagne what I tasted there. Since this sparkling wine does not come from the famous region in France, but from a Southern part or Russia near to the border with Ukraine. But, who said that Russia is part of the EU?
Let’s leave terms and look at taste. “Russians like it sweet and easy” – that was the message an exhibitor for Chateau Tamagne was sending to every customer visiting his stand. I can confirm, they really do. 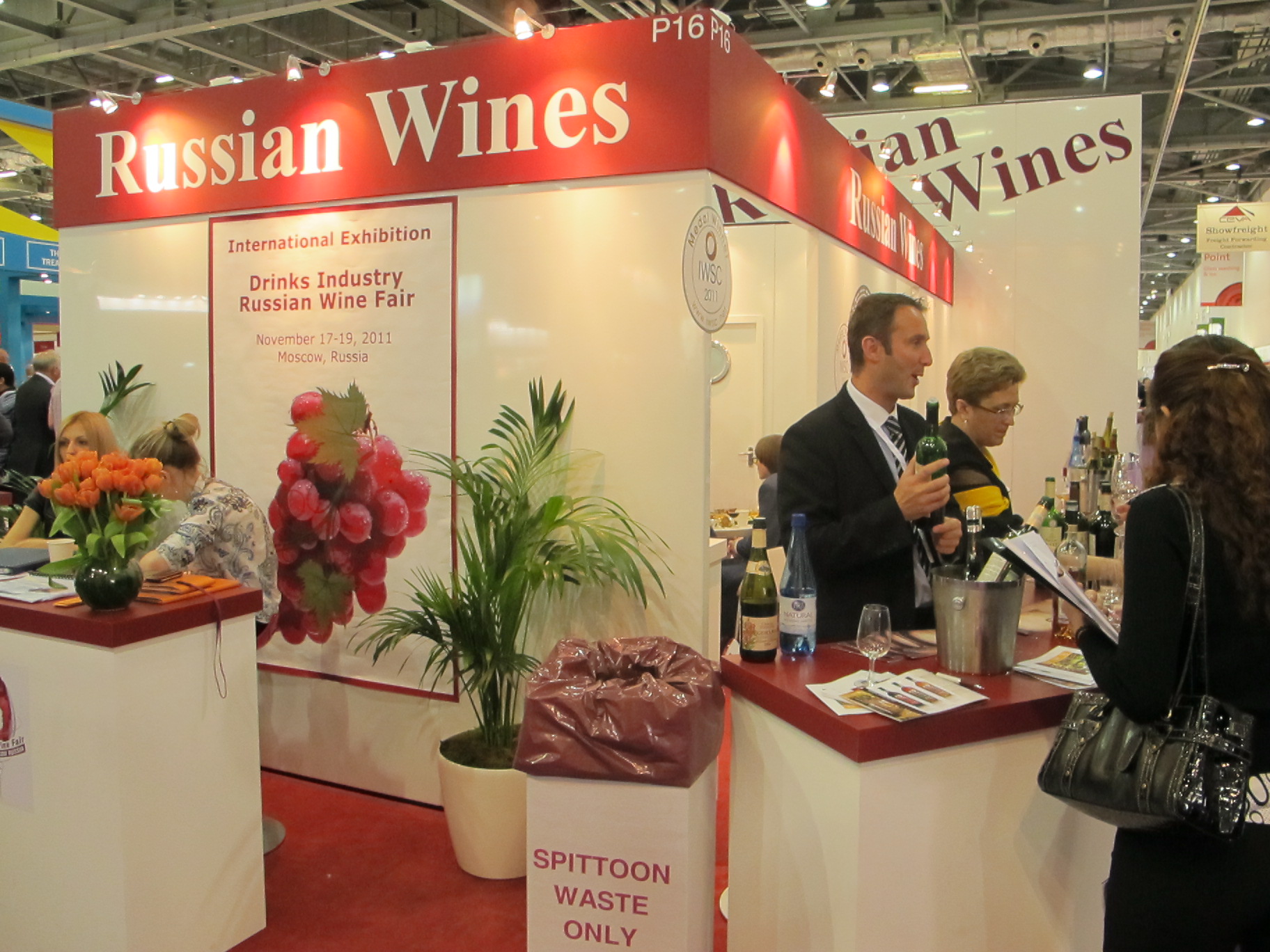 First, I tried a red ‘Rouge de Tamagne’ demi-sec (half-dry) wine. It was very juicy with strawberries and other red fruits tingling my palette. Interestingly in their brochure it is recommended to pair with “green cheeses”. Excuse me my ignorance, but I have to travel to Russia to taste some of these. To my knowledge, here in Europe, there are not any “green cheeses”. Perhaps it is something similar to blue cheeses such as Gorgonzola and Stilton.
I am appealing all my Russian readers for explanation.
Moving to the “Russian champagne” I was told that the most popular was a demi-doux (half-sweet) Chateau Tamagne. It was quite similar to the previous juicy red wine, but the tingle was much more intense with bubbles in this sparkling wine. It was more fizzy than bubbly though. If you don’t like dry champagne and love it sweet as the Russians do, this is an ideal drink for you.
In the super-sweet range my taste buds were in heaven. ‘Traminer Chateau Tamagne‘ was a very concentrated dessert wine with honeysuckle, dried exotic fruits such as papaya and aromatic rose petals dominating the palette. As the brochure describes it as having “a prominent dessert dominant”. Very descriptive, indeed. Perhaps, it is like when you eat a steak and have a crème brulèe at the same time. I have not tried it but I guess the sweet dessert would beat up the meat.
When I mentioned a Madeira producer on the other side of the exhibition hall, that I have tasted a ‘Russian Madeira’, he was highly amused and dedicated to give it a try. What these two have in common is the method of making – the oxidation plays the main role, therefore the fortified wine lasts forever. The location and complexity is different though. The 2001 reserve I have tried was not made out of the Madeira’s noble grape varieties. It was pleasant on the palette, but as my taste proved only 10 minutes later at the stand of a real Madeira producer D’Olivieras, it did not match the complexity, length and pleasure of the original.
Something special at the end – Chateau Tamagne had also some church wine to taste on the fair. Exceeding 16% of alcohol it must have been a pleasure for all the Russian priests drinking it during the church service. It was an intense red wine, but I do not think I will become a priest in order to enjoy it on a daily basis.
It was encouraging to see a less-known wine producing country being present on such an important event for the world wine trade and hopefully we will see more unusual wines in the years to come.
To learn more about Kuban-Vino, one of the largest wine companies in Russia, who owns Chateau Tamagne look at this YouTube video.