In terms of beauty this was the most stunning family winery I have visited so far (and there have been hundreds).  The property and the vineyards are owned by José Luis Mounier & his wife Mercedes.
Finca Los Nubes, “a farm of clouds” was a dream that came true for José L. Mounier. He is perhaps the most distinguished expert on Torrontez, the aromatic white grape variety so popular in Argentina. 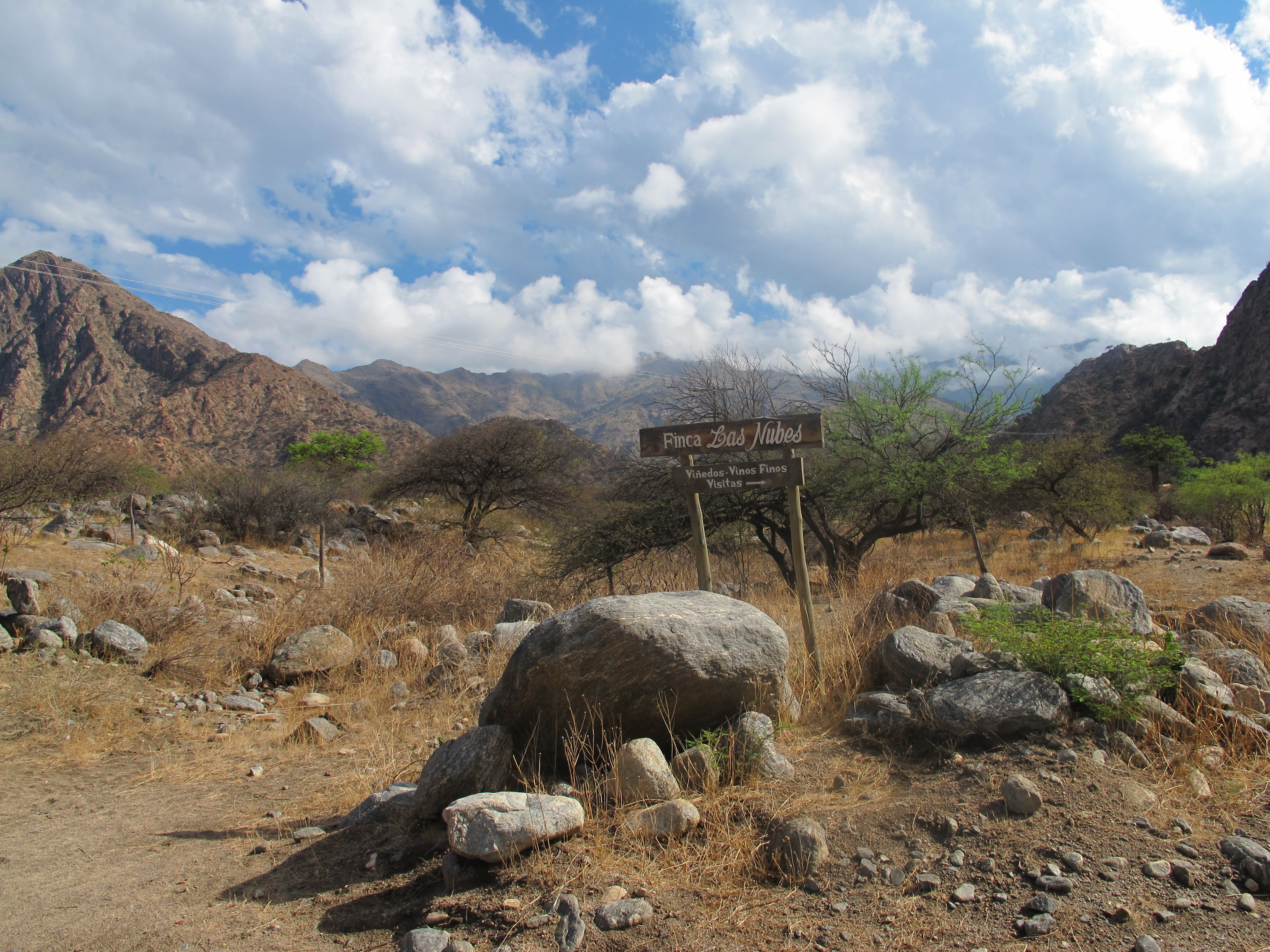 We have met him in person during our visit in Maipú region at Zuccardi winery. It was a great coincidence since I wanted to contact him before going to Cafayate, but could not find his contact anywhere online. At that moment I thought, Argentina is really small. Later on, I thought it over and concluded, that an expert of such a high merit must be welcome in many wineries across the country eager to make excellent white wine. I emailed him as soon as we got back to our hotel in Mendoza. (We have stayed in the popular Park Hyatt on Mendoza’s main square). His responses were brief. His sentences were about English mingled with Spanish, therefore, I was grateful to have my Spanish speaking sister to help me in a case of emergency (communication disaster did not happen as I learned during the subsequent visit). 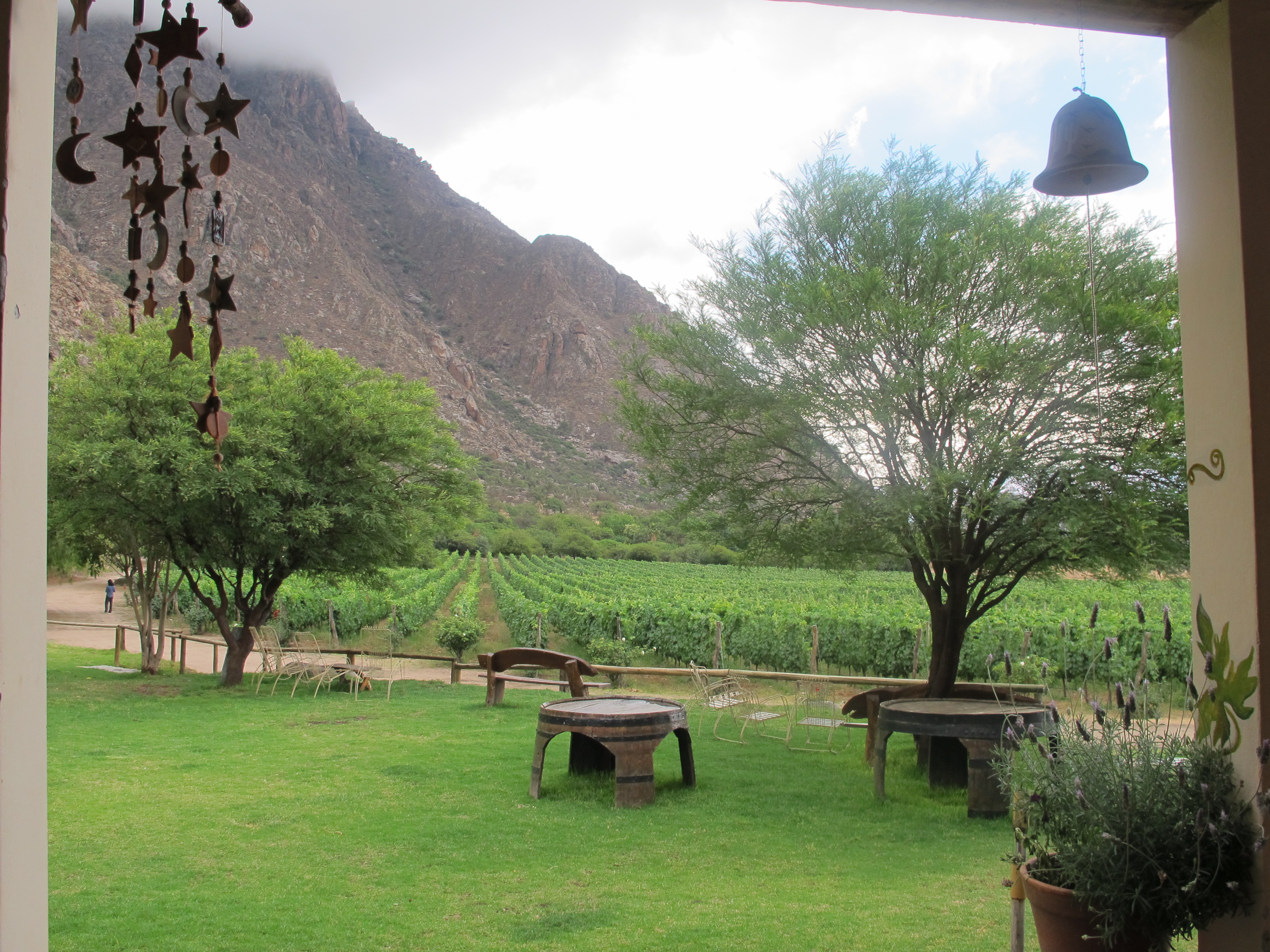 The visit of Finca Los Nubes

A taxi came to pick us up at the cosy and clean hotel Munay in Cafayate where we stayed during our visit of this remote yet naturally wondrous region. After a scary strong rain earlier that afternoon we did not want to risk stucking in a massive flood of mud which was coming down from the mountains. As we saw the muddy liquid mass filling the roads well into the centre of the town, we knew that we cannot wrestle ourselves through such a mess. The man in charge of our hotel was trying to be often very helpful, yet he misinformed us a number of times, so we got into smaller or more serious troubles. In this case it was his claim that the taxi-ride about five kilometres to Finca Los Nubes would cost between six to ten Argentine pesos. What a surprise was finding, once we arrived to the beautiful Finca, that the trip was worth for the driver 25 pesos (about three times more than we were told). We were either ripped off or there were different (lower) rates for locals and special (much higher) for tourists! Wherever the truth is, my advice is to carry more money with you when you travel, so you do not get yourself into an uncomfortable situation.
Nonetheless, the place was endowed with such an extraordinary beauty, that we forgot about the pricey ride within a nick of time. Set between the mountains, covered partially by clouds – the name Finca Las Nubes fits perfectly to this outstanding place (it means A Farm of Clouds). 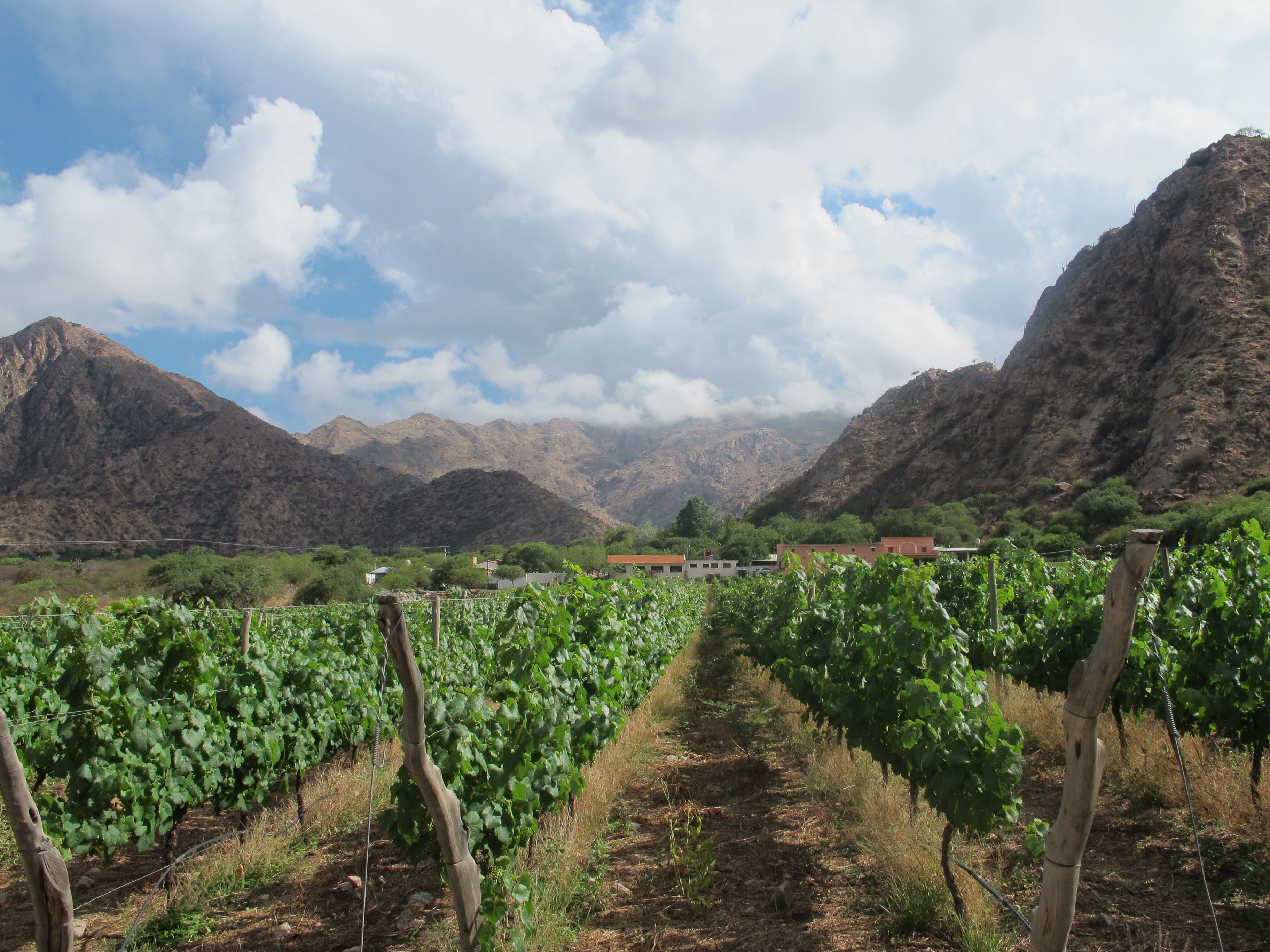 The views from the winery were not less stunning. The valley laid in front if us open like a French crepe when it is being spread with marmelade. Red, brown and yellow hues of the opposing mountains added on drama. The clouds after the rain were still playing their game of hide and seek as they were appearing and disappearing in various formations creating a spectacle of natural art. 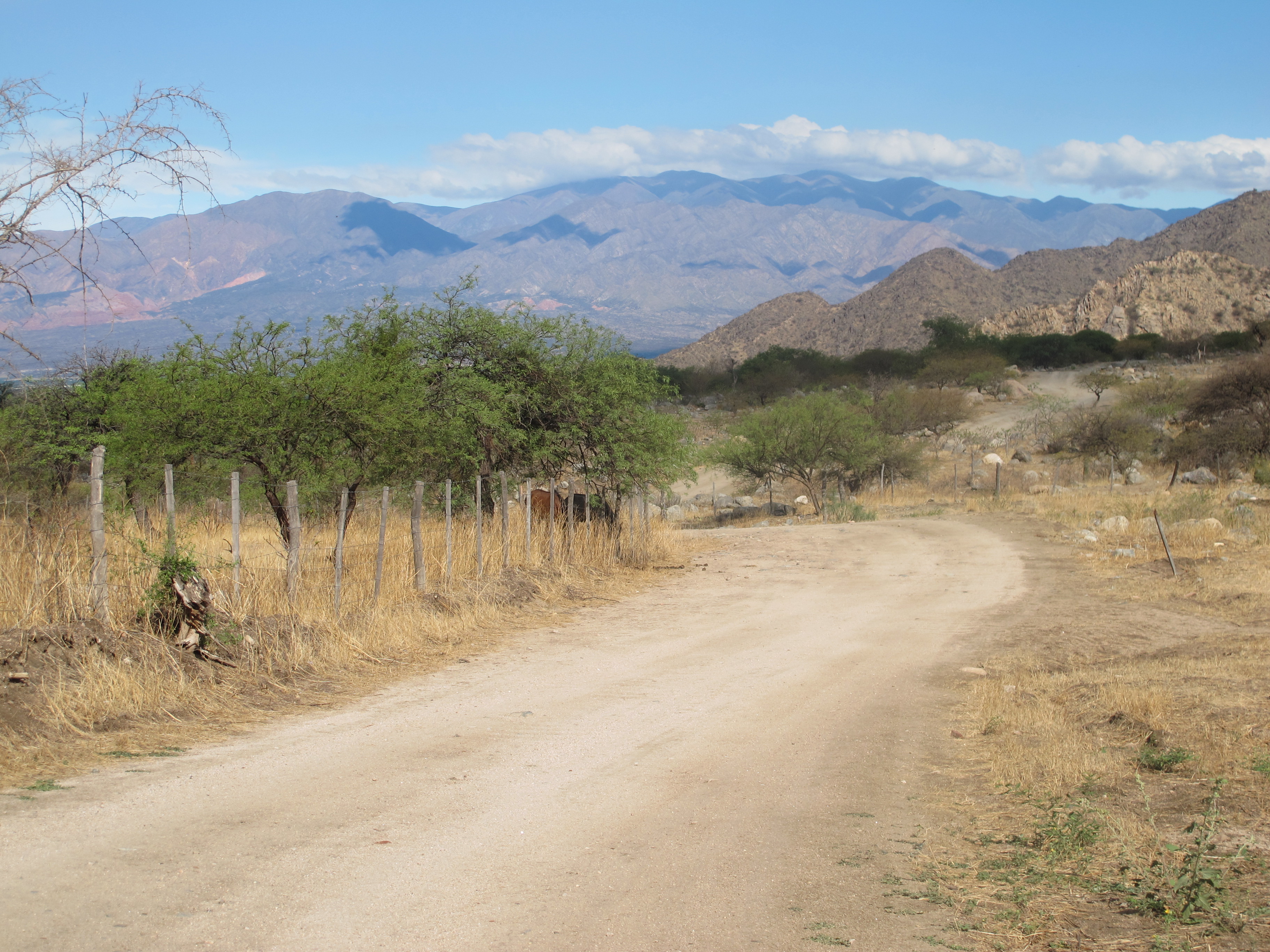 We were greeted by Mounier’s wife Mercedes, who welcomed us warmly knowing about a journalist coming. She called her husband to come to join us on one of the tables of their winery restaurant where I set up my questions and recorder. During the interview I encountered his shy personality, perhaps caused by the language barrier between us. On the other hand as our talk proceeded, his English showed not to be as bad as he initially claimed, so we conducted most of the interview in English with little more explanation and my sister’s Spanish assistance in some cases. His persona was very different than the open and easy-going José Zuccardi’s. 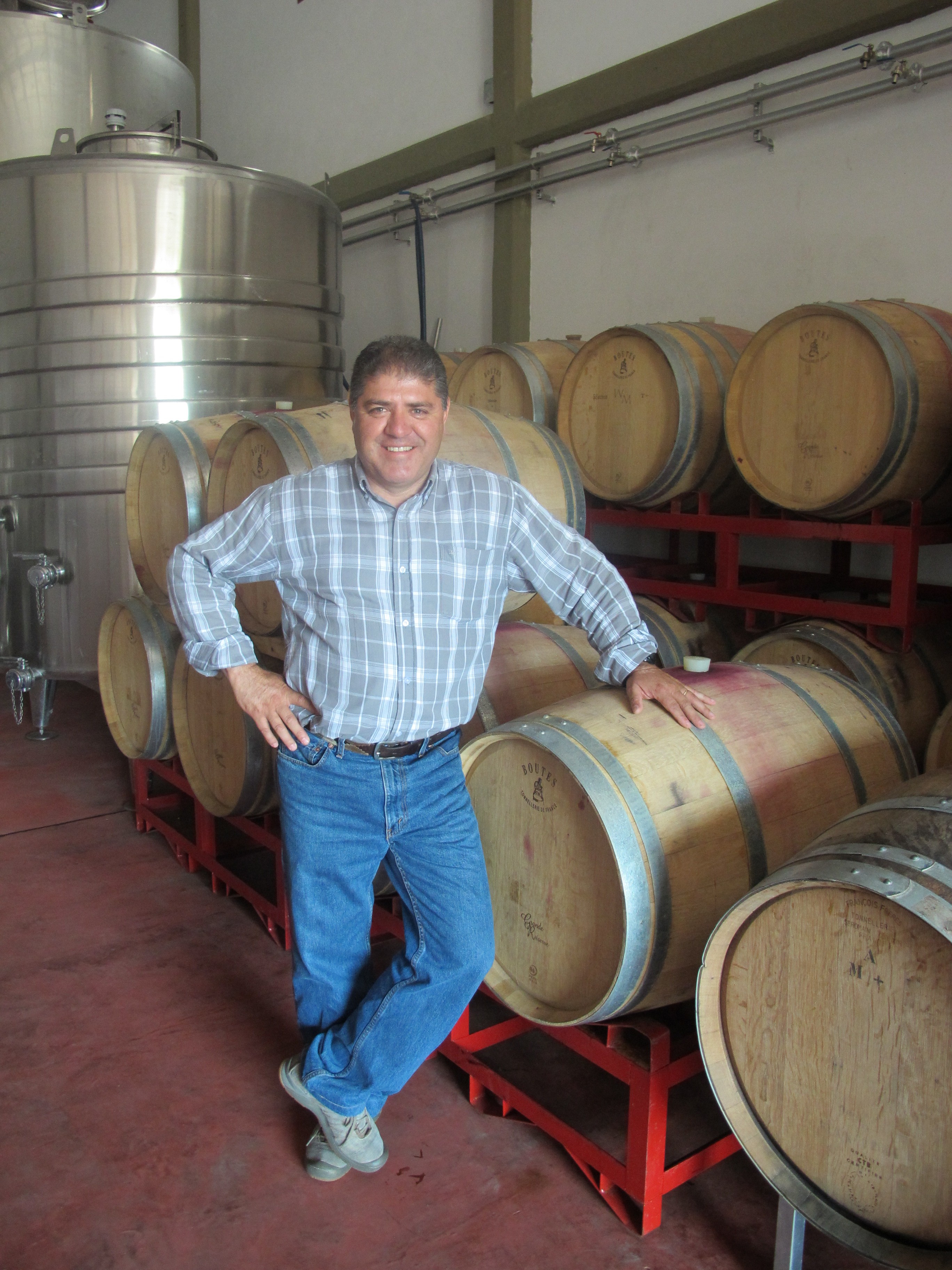 He took us through his tiny family winery, where he now makes mostly red wine from Cabernet Sauvignon, Malbec and Tannat in the mix of French and American oak barrels. He has altogether perhaps about 30 barrels, so the production is very small, the smallest I have seen to this date in Argentina.

Mounier’s credentials and his wines

Known as being the best expert on Torrontes in Argentina, Mounier was making white wine for Bodegas Etchart for 20 years. And, still, today he uses some vineyards lower down in the valley to grow Torontes for an aromatic white wine bearing his name on the label. He also makes a sparkling blend of Chardonnay, Torrontes and Pinot Noir in Mendoza. There he also sources the grapes as he does not have a sparkling winemaking facility in Cafayate, otherwise the sensitive white grapes would have got spoiled during the long transport. He uses the traditional method champeinoise with second fermentation taking place in a bottle. At his winery he solids it for 60 pesos.
He also makes a rosé from Malbec. As our conversation had flown we learned that he has three children. One of his sons is an actor in a theatre in Tucuman. His father was French and after coming to Argentina he was making wine in Mendoza. Wine was omnipresent in his childhood and even he assured me that he has wine in his blood.
Unfortunately, we did not taste any of his wines at the winery. He might have forgotten. Never mind, it was better for us, as the sun poped out from the clouds, we decided to walk back on the scenic road the long five kilometres back to town. 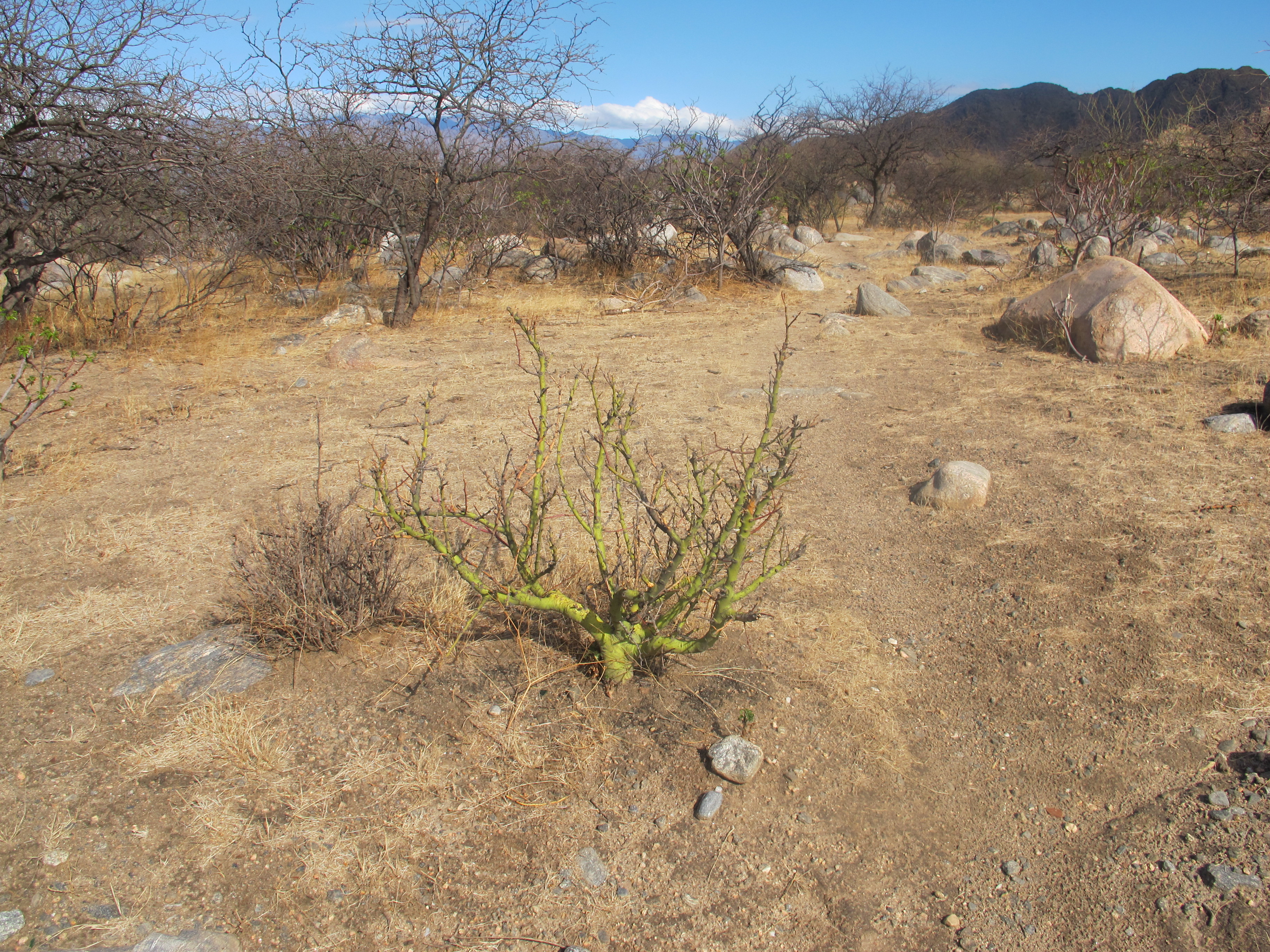 We did not regret it. I could not stop taking pictures of all the spectacles the nature gifted us with on that day. The colors were changing continually so I had to capture all of them. There were horses, goats and sheep tasting the chlorofile-rich grass along the road. Cacti, variety of trees and bushes I have never seen before, and mainly the unique views of the landscape so beautiful that one did not want to leave the place ever. Such a tremendously enjoyable walk slightly downhill was surely worth the time. One does not feel much effort as the beauty fully captivates the mind shaking off all the negative thoughts. 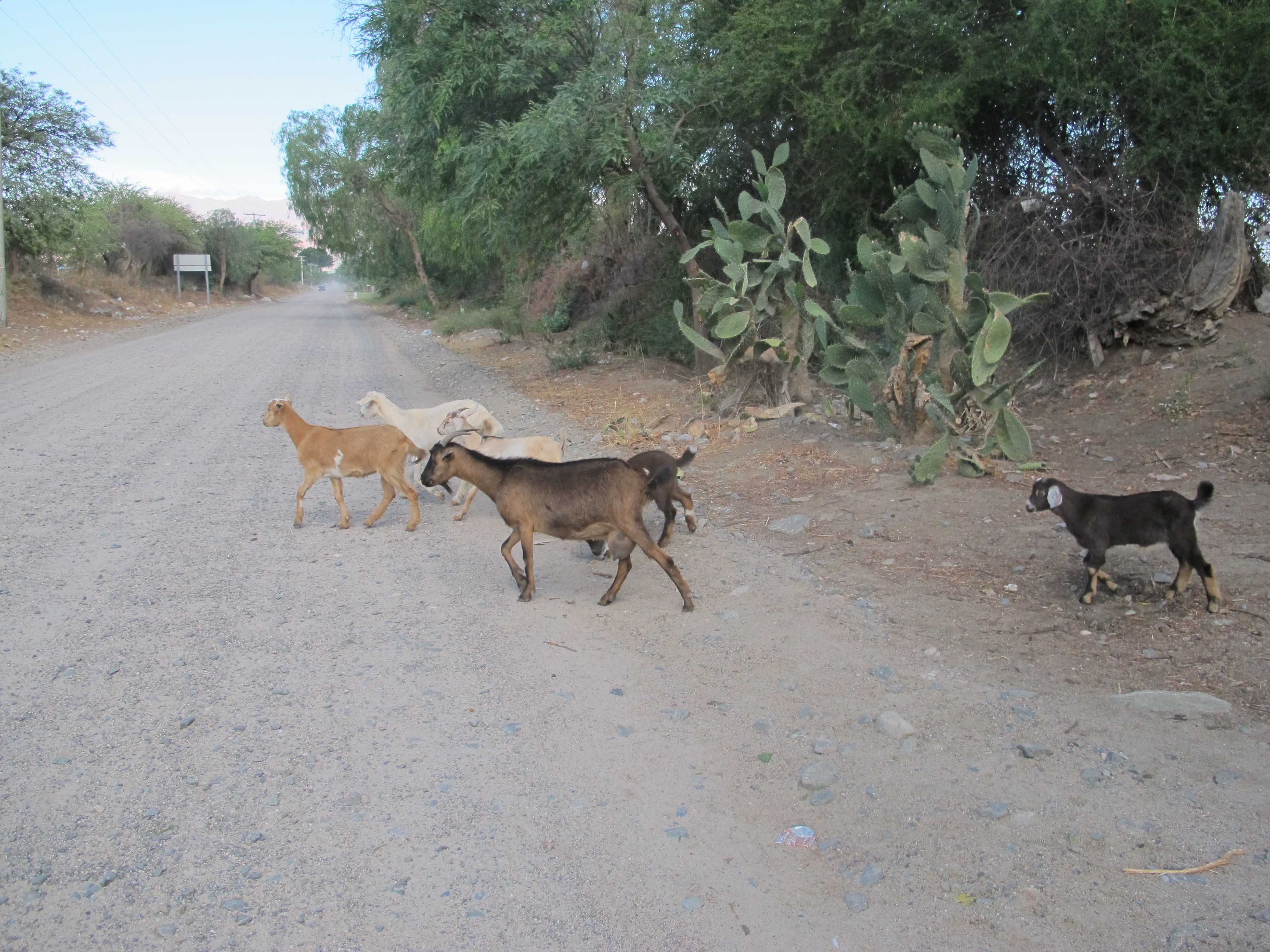