Michel Rolland is perhaps the most famous wine consultant on the world. Most serious wine drinkers know him for his awarded creations in Bordeaux, Spain, South Africa, South America and I can go on until I cover most of the vine growing world. A native of Bordeaux, France, Rolland embraced globalisation, packed his suitcase and went to discover the world of wine across the globe many decades ago. 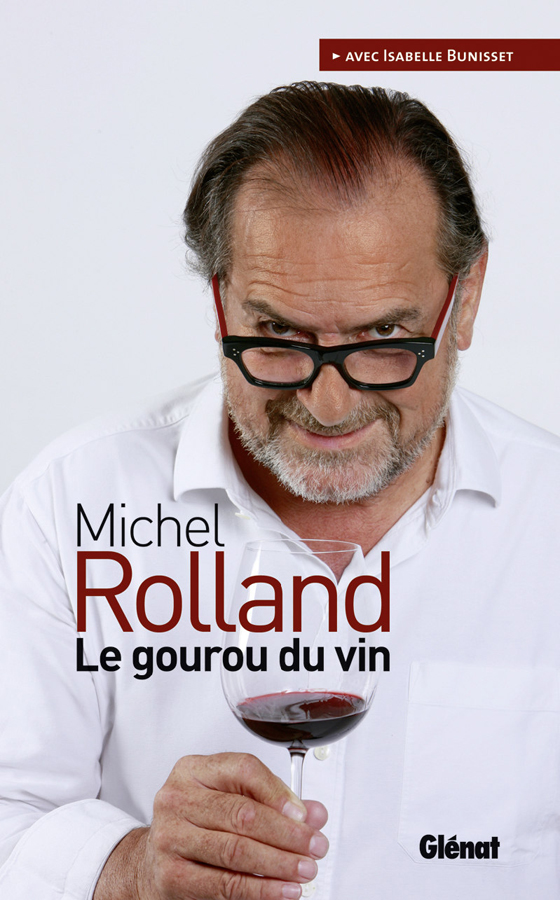 I wrote about his involvement in a unique wine project in Argentina‘s Uco Valley at Clos de los Siete as well as the boutique winery Yacochuya near Cafayate in the Northwest. For many he is a controversial personality. While Jonathan Nossiter’s movie Mondovino, hurt Mr Rolland’s reputation painfully for most logics embracing wine connoisseurs he is a wine genius knowing exactly what wine drinkers want. Michel Rolland brings the desires of most wine connoisseurs to them.
As a guest of Wine and Business Club of Monte-Carlo I was invited to an interesting gastronomic evening with food prepared by the Hotel de Paris’ executive chef Franck Cerutti and the wines “cooked” by this legend of French wine making Michel Rolland.
Wine and Business Club is a members’ club spanning into four French-speaking European countries (France, Belgium, Switzerland – Geneva and Monaco). Since 1991, the Club organises wine dinners at various locations, mostly at gastronomic restaurants such as at Hotel Le Bristol and Shangri-La in Paris. The evenings are not just about wine and food though. Various guest speakers discussing business-related topics from wine to environment are regularly invited. Today, the club boosts with 2.500 members, and it is a great opportunity to discuss various topics with like-minded people. 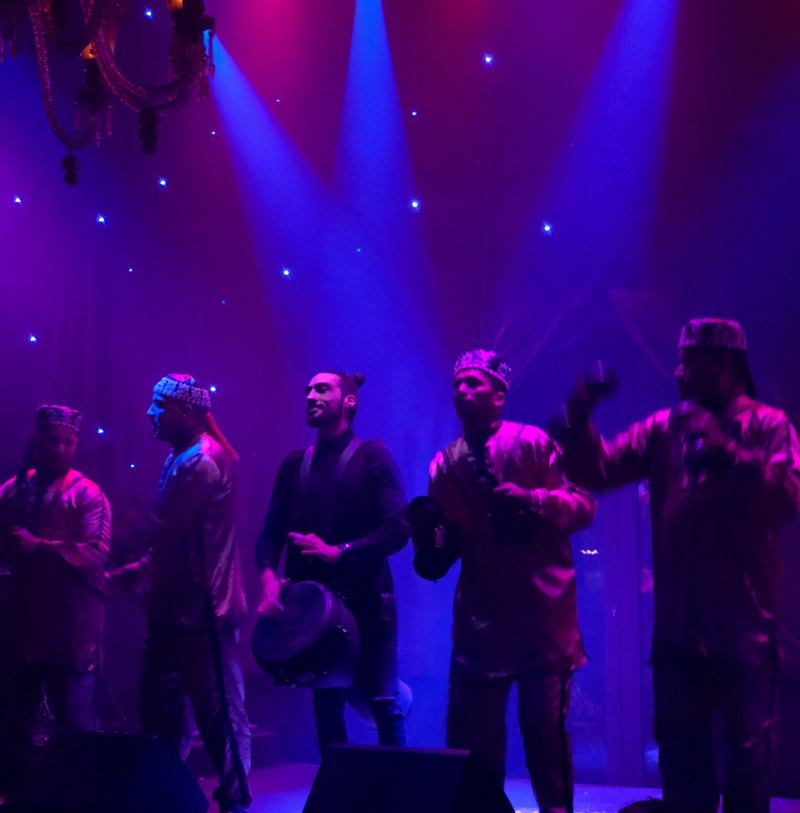 The special guest at the event held inside the legendary wine cellar at the Hotel de Paris in Monte-Carlo that I have attended recently was Michel Rolland himself. The famous wine consultant came to present his new book “Le Gourou du vin”, The Wine Guru, the English translation of which we may expect this summer. I have got the book in French and working on it. With my basic knowledge of French it is a tough nut, yet it is motivating to learn about Mr Rolland’s thoughts about most of the wine-producing countries around the world. His personal journey and encounter with the other wine gurus of the likes of Robert Parker as well as including the less pleasant experiences like being, according to him, misrepresented by the already mentioned film director Jonathan Nossiter in his movie Mondovino.
Although, I did not understand much of the talking in French back then, the most important fact was that the food was excellent, the wine very interesting and the location extraordinary. The success of the food must be granted to the Chef Franck Cerutti at Hotel de Paris, the wine journey around the world to Michel Rolland and his “Rolland Collection” and the event’s location right next to the cellar of Hotel de Paris was just perfect for an evening dedicated to wine and food.

The first course Royale d’asperges vertes, primeurs à cru truffés was accompanied by an intensely floral Sauvignon Blanc, Mariflor, 2011 from Argentina’s Mendoza region. The delicate, creamy asparagus cream with raw vegetables and a black truffle touch was well paired with such an intense Sauvignon Blanc. Named after Michel Rolland’s daughter and its flowery aroma – Mariflor, had hints of white peach petals, elderflower and high acidity on the palate cutting through the creamy nature of the velloutè. If you like it intense, you will love this wine. Rolland pointed out: “I am a ‘terroirist’ (not a terrorist)”, hinting at  the Argentina’s unique terroir for Sauvignon Blanc giving it its typical intensity. 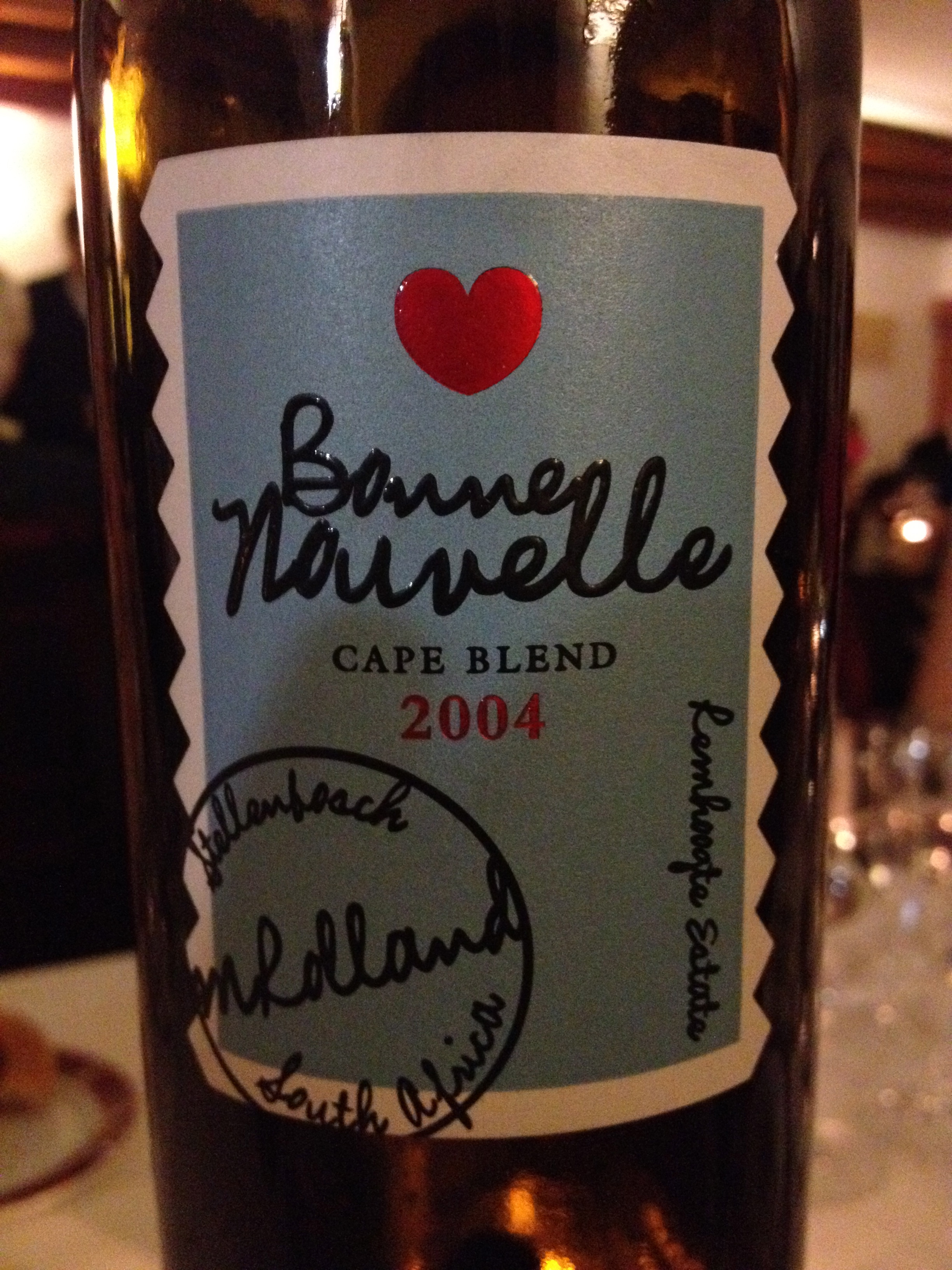 The second wine poured was my favourite. The Bonne Nouvelle from South African Stellenbosh, 2004 vintage struck me at first as a Bordeaux. I thought, that it was the Chateau Fontenil from Fronsac served next to it, yet it was the other way round. The Fronsac red was flat, a bit stewed and with just fine acidity. On the other hand the South African blend of Merlot, Cabernet Sauvignon and locally typical Pinotage aged for 12-15 months in French barriques (50% new) was concentrated playful wine where spices, dark fruits and poppy-seed vibrantly jogged over the palate (acidity). They were long runners, indeed, as the prolonged finish was still quite intense, making the race even more interesting.
These two wines were followed by a Risotto aux petits pois et lard paysan. A delicious meal with lard adding a bit fatness to the delicate sweat pea risotto, much needed for the big-bodied wines.
Moving to Spain and France with wines, the next course Magret de canard en “dolce forte”, primeurs et pommes de terre nouvelles, Duck with new potatoes, artichokes, carrots, mangetout and leeks in “dolce forte” sauce, was masterfully paired with the wines. 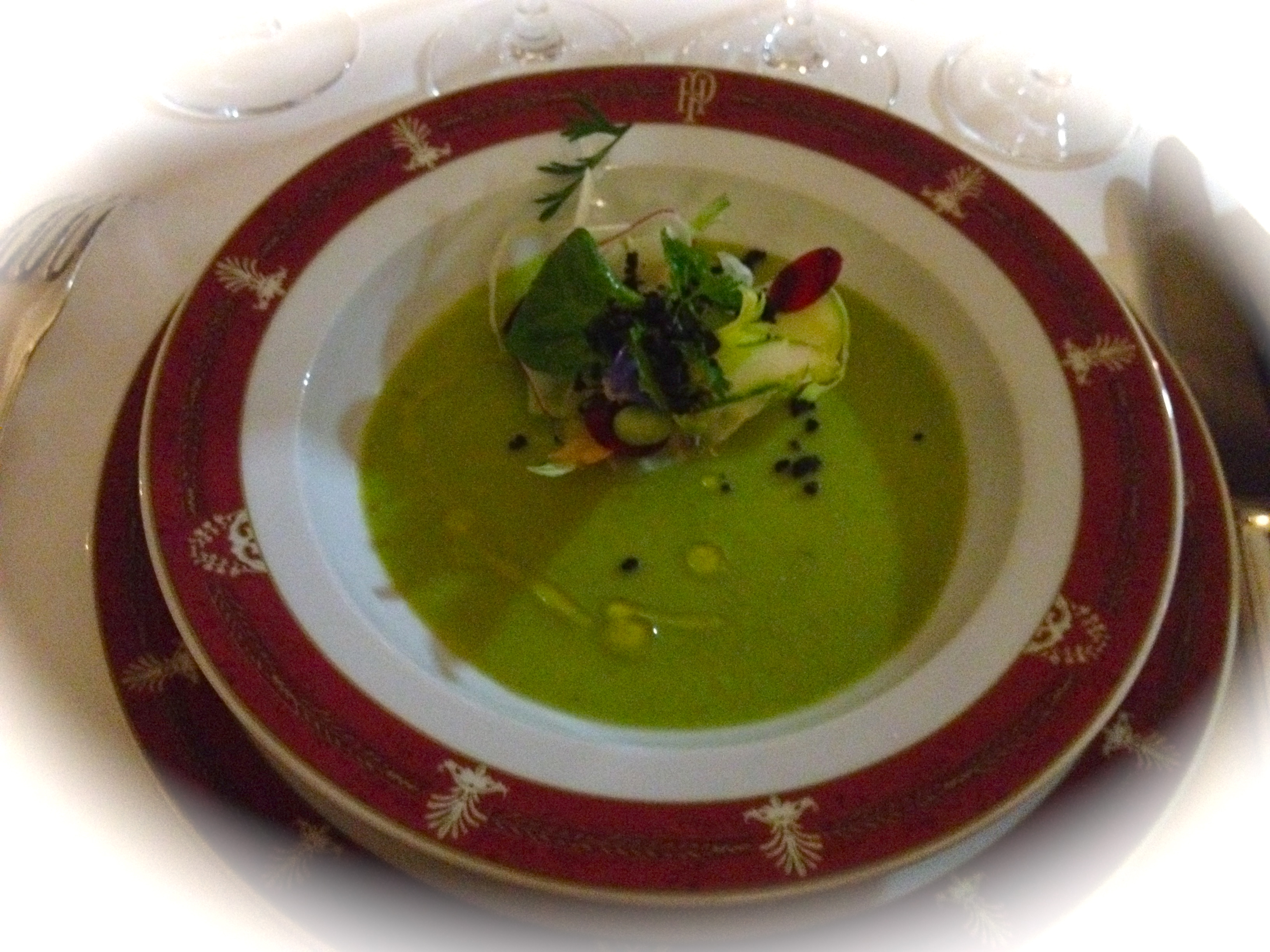 The wines served with our third course were Campo Eliseo, 2005, from Spanish Toro region, which Rolland called suitably ‘extrovert’ and one of the children of his home region Pomerol – Château Le Bon Pasteur, whose vintage (2000) we were supposed to guess in order to win something in a following raffle.
The Spanish wine was 100% Tinta de Toro (local name for Tempranillo). Juicy, bursting with fruit from black currant, blackberry through cassis and dark cherry, this was an exemplary wine for a duck dish, and my second favourite after the Stellenbosch darling.
Château Bon Pasteur is the property of Michel Rolland’s family from his grand farther’s times. A vibrant wine, indeed. Red fruits mingle with black forest fruits and acidity with concentration at the same time add to this swirl of flavours. Again the vehemence of the wine added even more juice to the duck. On its own though, it is not my type of wine – a glass maybe, but two or three would be too much. 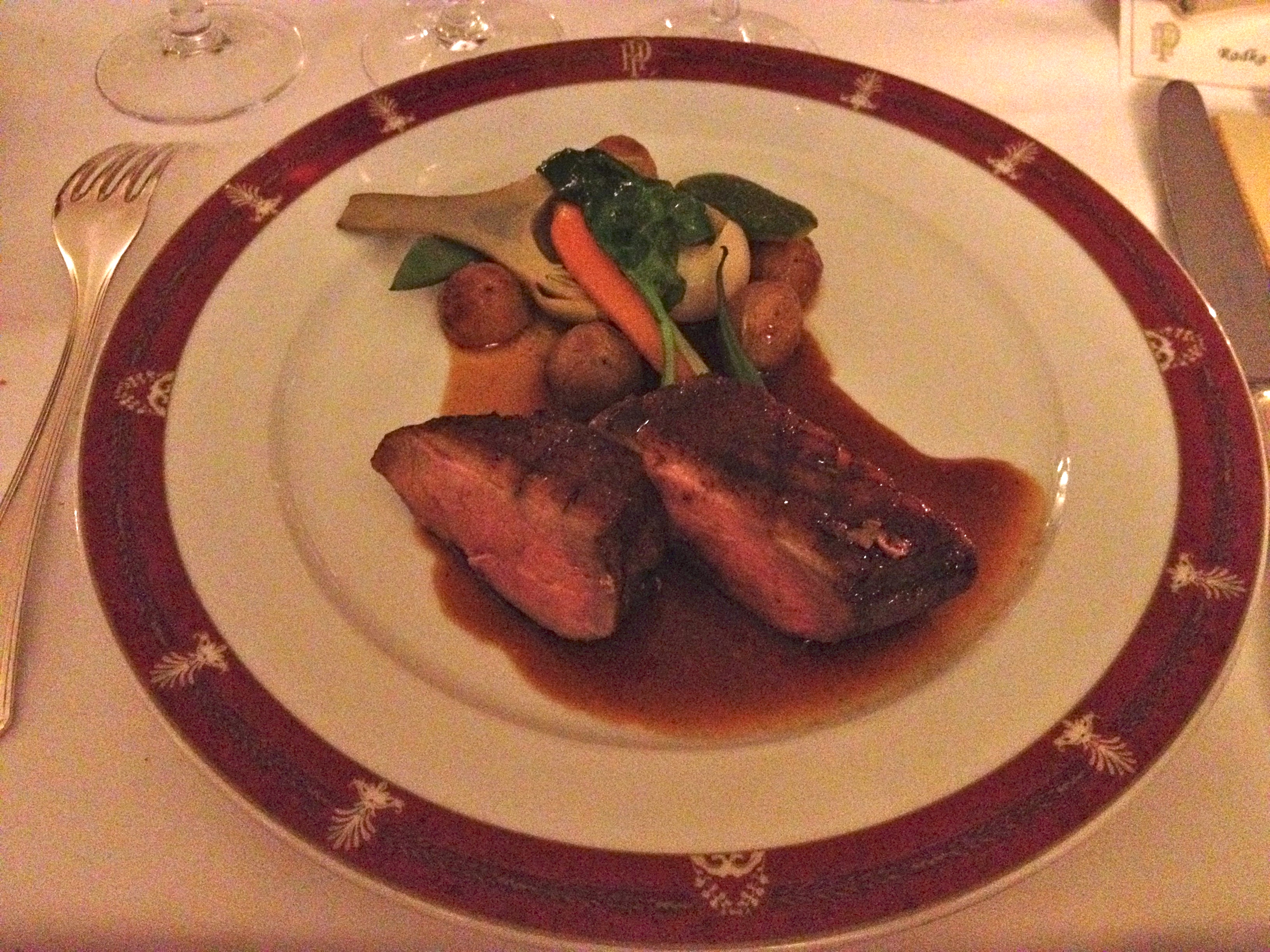 The biggest surprise of the evening was the following food and wine pairing – Malbec, Val de Flores, 2005 from Argentina with a creamy dessert Fraisier, crème légère à la vanille and sorbet fraise. Full-bodied, woody and slightly peppery, yet balanced, Malbec with Vanilla scented cream and strawberry sorbet went surprisingly well together. But, who would expect such a match? I love surprises, especially the positive ones and ending a gourmet evening in this fashion was the best I could wish.

Although, the petits fours – small sweets served with coffee at the ultimate finish of the dinner – were so good that they almost overshadowed the previous dessert. These are though better with tea or coffee and not with wine as they are too sugary to overwhelm the palate so any wine would taste like water with them and that would be a shame when one gets to drink such an interesting range of wines as the Rolland Collection.