"Despite still using pre-classical methods, the wines are mostly balanced and very interesting. It is their unique taste that enchanted me - I do not know any white or red wine tasting at least closely to the wines I tried so far."

In Georgia monks and some winemakers still bury wine under the ground in ancient vessels called ‘qvevri‘. These pitchers resemble an ancient amphora in both their shape and material – the porous clay. Everything goes inside the quevri – grapes with skins, stalks, grape stone. The grapes ferment on their natural yeasts and later mature in the qvevri, while being hermetically closed and buried under the ground. This aging process takes usually about five to six months leading to full-bodied and highly tannic wines (long contact with the skins and stalks releases more tannins into the wine). Such description might sound a bit detracting, yet these wines are velvety smooth, intensely concentrated and if made by conscious producers also very well-balanced. 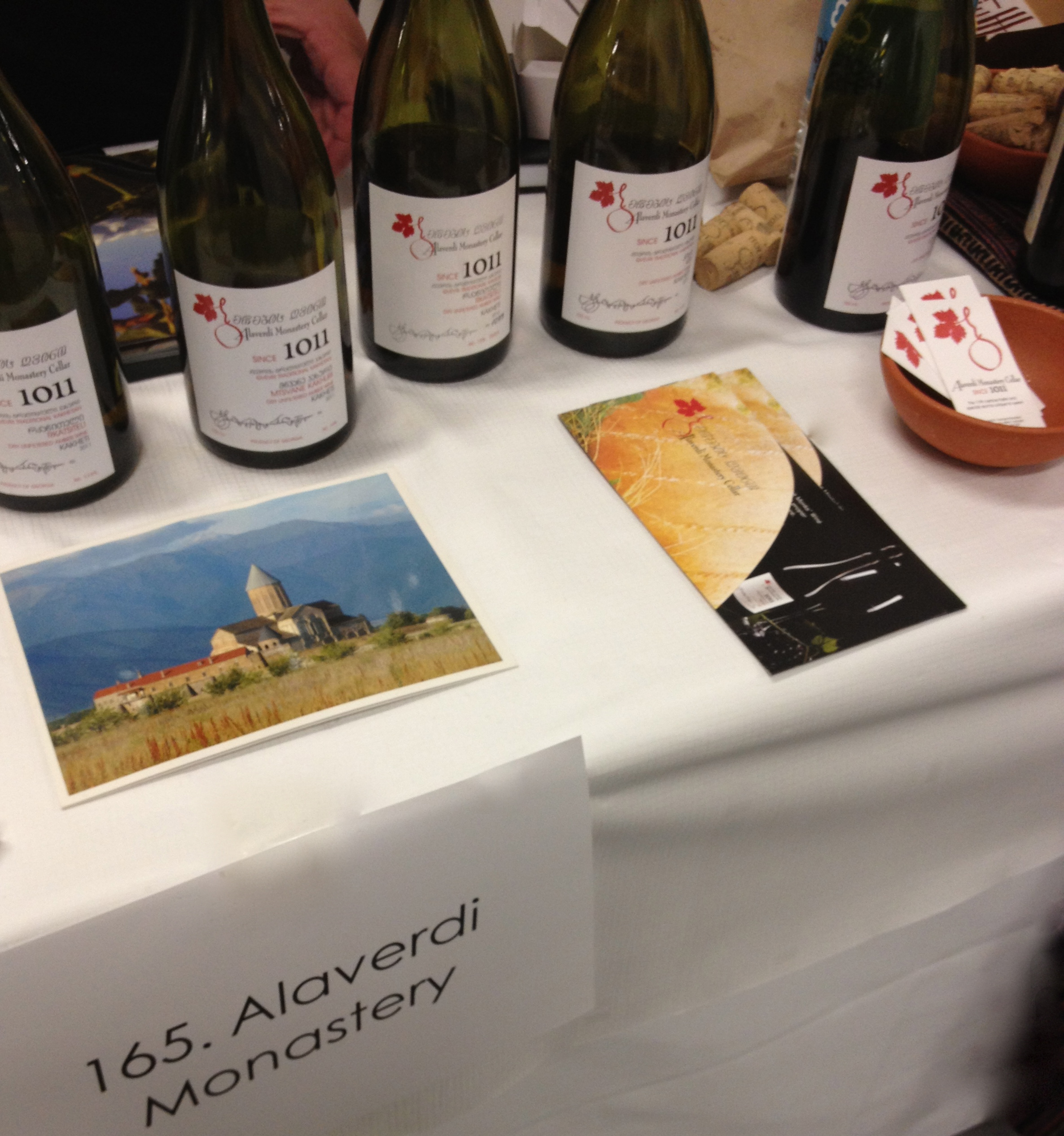 A wealth of experience often bears success, as patience does. That is particularly true about Georgian monks that have been making wines for over 10 centuries at the Alaverdi monastery. The monastery dwells in Kakheti, an eastern dry region on the foothills of the Caucasus mountain range. Since the year 1011 (indeed!), they have been making wines for royalty including the refined palates of the Russian tsars.
Speaking through a translator during a wine tasting in London I learned that they are proud of their heritage and believe that winemaking once begun here in Georgia. Numerous archeological findings seem to support Georgia’s claim of pioneering wine production thousands years ago. Whether Georgia or precisely the geographical location the country occupies today was the first remains a mystery, nevertheless the tradition of making wine reaches as far as our knowledge of documented history does, so its people must know after the millennia how to do it. That is perhaps why, despite still using pre-classical methods, the wines are mostly balanced and very interesting. It is their unique taste that enchanted me – I do not know any white or red wine tasting at least closely to the wines I tried so far. 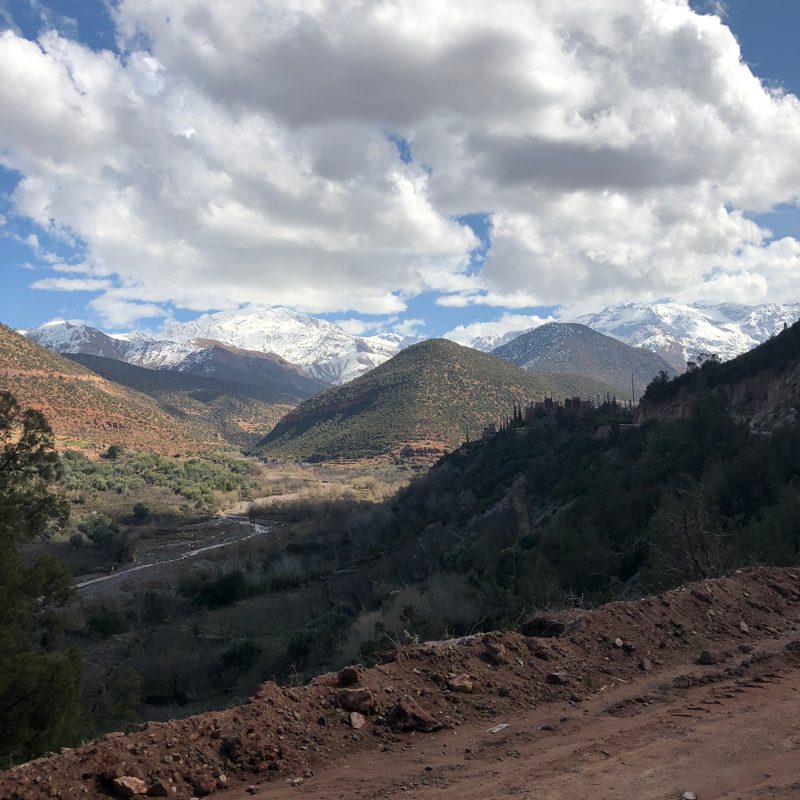 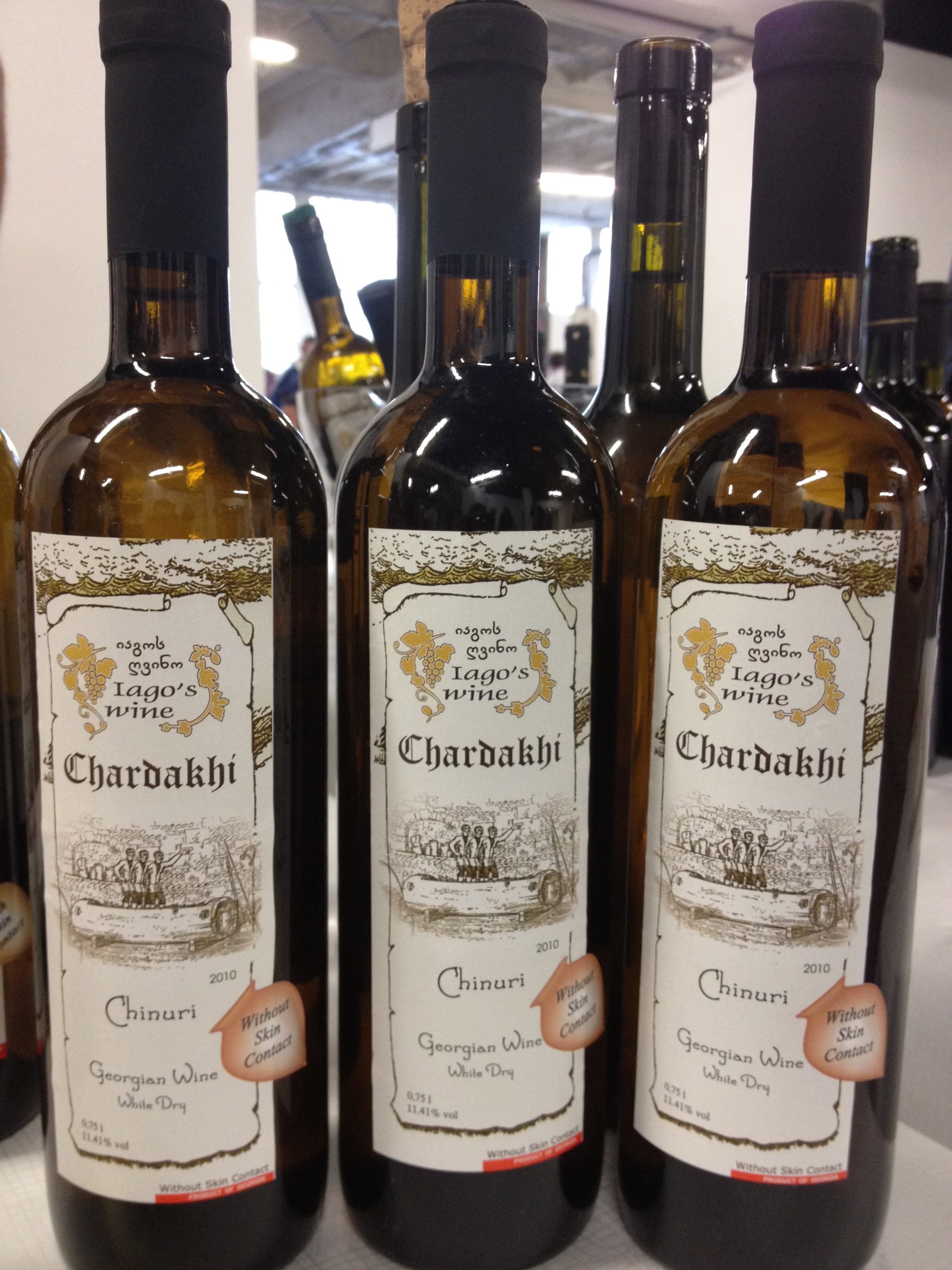 It seems that the most promising from the over 500 grape varietals grown in Georgia is the red Saperavi. Its high tannic content and acidity promises long aging and I would recommend to drink the wines after a couple of years in bottle. Whether used in blends or on its own, often unfiltered as aging in qvevri brings clear wines, it rewards your palate with an intense aroma of violets, plums and spices and velvety tannins if drunk older. As I said there is now wine like this, but if I had to compare it to well-known varietals I would say its taste resembles something between Shiraz and Pinot Noir.
Winemaking as elsewhere differs from producer to producer and wine to wine. One maker can produce wine with as well as without skin contact to reduce the sharp tannins. Iago Bitarishvili makes both so you can taste them and decide what you prefer. Trying dry white Chinuri in both versions shocked me how different the wine can taste! Without skin contact the wine was quite mineral and had aromas of green hazelnuts and touch of petrol. Very interesting wine, yet I slightly preferred Iago’s Chinuri made with skin contact. Its deeper yellow color distinguishes it from the previous. Petrol was still present on the palate as well as on the nose, yet candied and ripe fruits balanced by mineral wet stones both revealed higher ripeness of grapes during harvest necessary for maturation on skins and the character of the mineral soil. Grown in Kakheti region in Mukhrani valley, there are only about 3.000 bottles of this wine produced by Iago Bitarishvili depending on the year.
Despite the fact that Saperavi is the most celebrated local grape, I was beguiled by some of the white wines. The Chinuri was one of them, but my favorite was Rkatsitelli matured with skins in qvevris (clay jars). Twin brothers Gela and Gia Gamtkitsulashvili made in 2010 a lovely yet deceiving dry wine from Rkatsitelli. It is a chameleon with jammy, compote and concentration suggesting nose, while on the palate it is an aromatic wine with cloves and warm spices characteristic for this white varietal.
From other indigenous Georgian white varietals spicy and meaty Kisi from Alaverdi monastery is noteworthy. I know it is a very personal description but it smells and tastes like my grandmother’s spicy wurst (thick sausage). Just imagine some pork, spicy paprika, smoke and there you are. Its natural high acidity, intense aroma and tannins from skins suggest its aging potential, so if you ever manage to visit the monastery get a case or more as you can relish this wine in five and even more years.
The Georgian wines are highly promising, nevertheless, there remind a number of challenges – political and logistic to name a few, for the country becoming a world-known and accessible wine-producing region competing with the like of Croatia or Lebanon. Hopefully, the insatiable curiosity of some wine consumers and steady quality of local production will deliver Georgia recognition it deserves.
NOTE: I have tasted all the above mentioned wines during London’s Real Wine Fair and International Wine Fair in May 2012. All the above mentioned wines can be classified as ‘natural’ since there are no additives, no filtration and overall minimum manipulation during the production. Although, the term natural wine still remains controversial and subject of heated debates in the world circle of wine experts.