The Chardonnay was my personal favourite, but I also learned that ladies in particular fancy this exotic and mellow Eastern beauty the most. This wine takes you on a journey through the Eastern parts of Asia from Japan - nashi pear, Thailand - sweet pineapple, to Taiwan - stealing some bananas from the wild monkeys.

Both, the traditional and the modern building of Bodegas Real stem majestically from the vast plains of Spain’s Castilla – La Mancha region. La Mancha may be familiar to most of you from the classic Miguel de Cervantes’ novel about the chivalry of The Ingenious Gentleman Don Quixote of La Mancha. The spiring knight’s unrealistic fight against the wind mills surely pops out of your scholarly memory. The winery owners do not try to fight the absurd in the region, although if one considers the baking-hot temperatures during the summer, growing vines here is not an easy conquest of the natural beast. 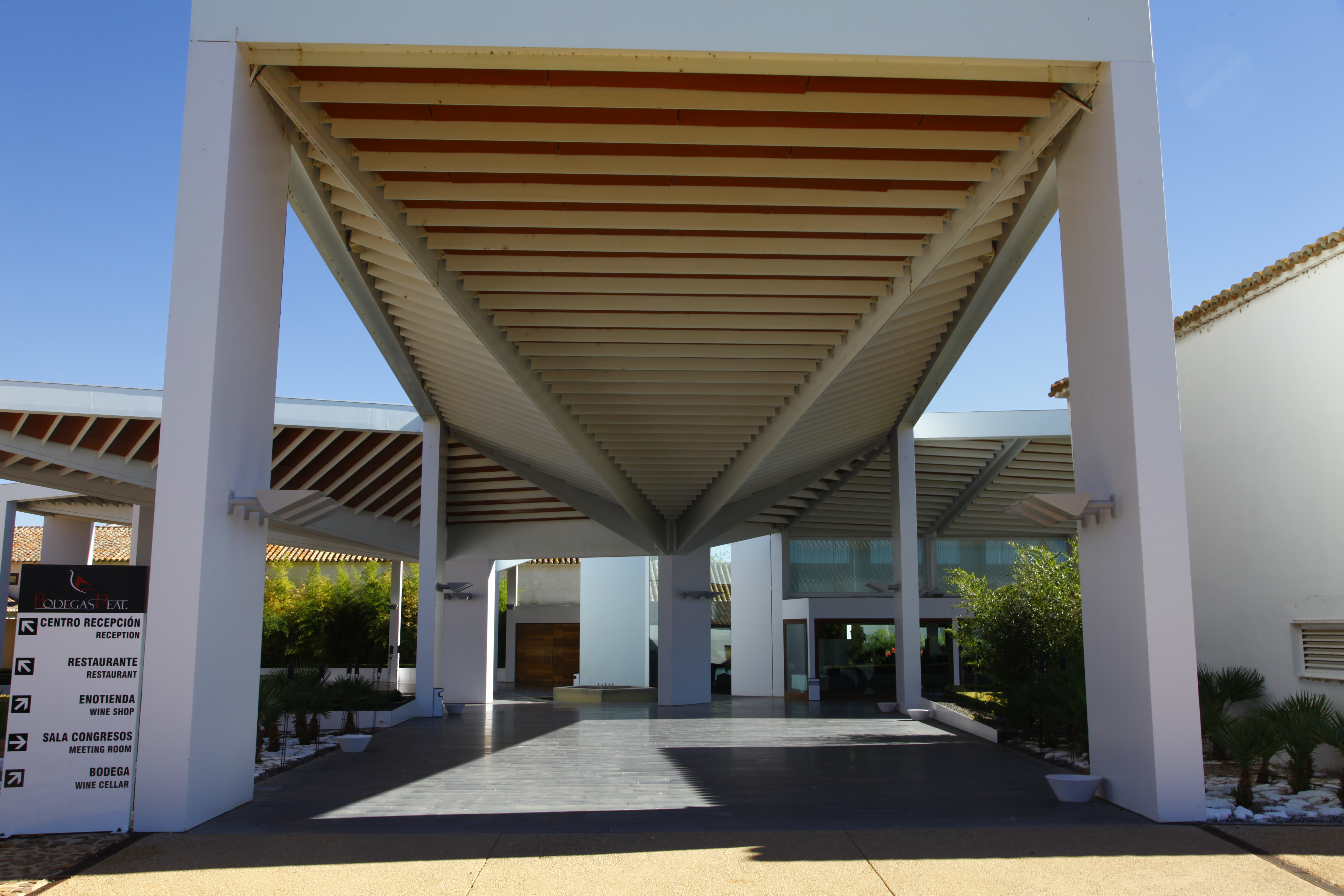 During the short drive from the town of Valdepeñas (Ciudad Royal), while observing the extensive flat land I pondered the arid climate of this thirsty stretch South of Madrid. Since La Mancha is one of the hottest regions in Europe, irrigation has been allowed there starting with the 2003 vintage even for the wines fashioning the DO mark, which is generally forbidden. Thus growing vines in such a dry area is possible. The flip side of the strong summer rays is that ripening the grapes fully is not an issue. The harvest often happens as early as in mid-August (Spain’s famous Rioja and Ribera del Duero harvest in October). In contrast to the desert-like summer climate (continental extreme), the winters are very cold, allowing the vines a long rest before the upcoming harvest season. Another saviour comes with the high altitude helping to cool down the vineyards during the summer nights.

The winery falls into the Valdepeñas apellation (D.O. = Denominación de Origen) in La Mancha. The region historically juiced out an exorbitant amount of bulk wine. The most popular was the pale, but very strong red wine made from Airén (white grape) and some red grapes. Today, there are still many cheap wines produced in such unsustainable fashion, but modernisation of some of the wineries and desire of wise local winemaking families to produce high quality wines has led in the past two decades to an upward revolution in La Mancha. Bodegas Real (translated as the “Royal Wineries”) is leading the insurgency with its modern winery that was built on the fields of the historic Finca Marisanchez, one of the farmhouses standing along the Royal Road that once connected the Spain’s East Coast with Andalusia. The winery’s best wines bear the name Finca Marisanchez and are produced as reservas with limited release.
The main goal of the winemaker at Bodegas Real is to achieve consistency. He strives for great wines each vintage, rather than relying on annual weather fluctuations, he blends the wines to create distinctive products of Bodegas Real. With the necessity of the irrigation he cannot let the nature do its magic here. 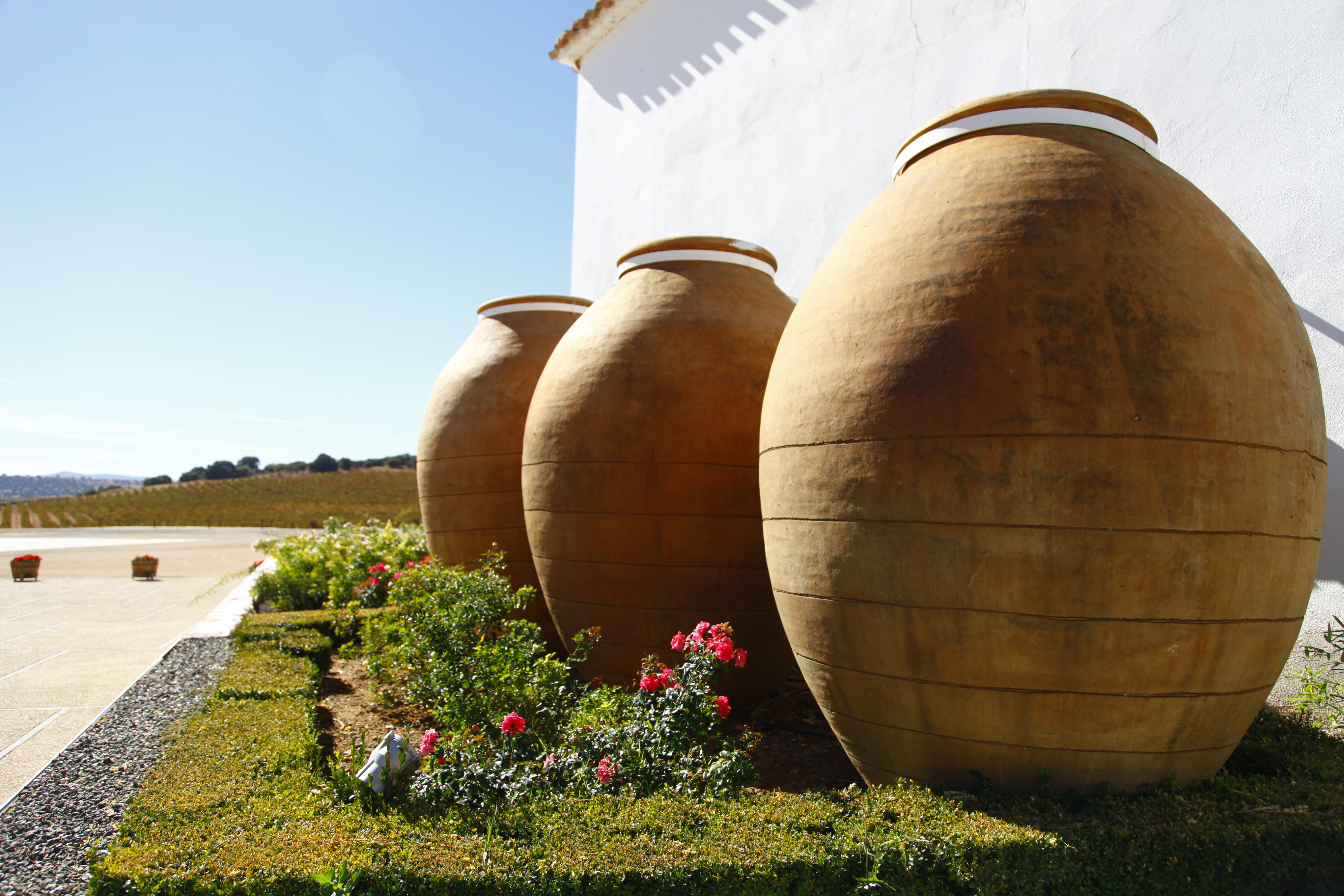 Boal Macabeo 2011: Mineral stony nose with exotic nuances of pineapple and a warming touch of hay tease the nose, while awakening ones curiosity about how this wine could possibly taste. The wine does not disappoint on the palate fashioning a plethora of aromatic tones. From warm spices it morphs into a pinch of salt that intensifies in a long finish with salty and almost palate-drying flare. It is a lovely aperitif, but also this Macabeo can work marvels with seafood due to its salty mineral essence.
Finca Marisanchez Chardonnay 2011: The Chardonnay was my personal favourite, but I also learned that ladies in particular fancy this exotic and mellow Eastern beauty the most. This wine takes you on a journey through the Eastern parts of Asia from Japan (nashi pear), Thailand (with sweet pineapple) to Taiwan (stealing some bananas from the wild monkeys). The fruit journey is completed with a rewarding acidity that freshens-up the palate.
Vega Ibor Tempranillo 2009: This is a Crianza style of wine meaning that the wine spends about six months in oak and is released a minimum two years after the harvest. In this region the Tempranillo is called Cencibel. The nose boasts with wild strawberry and cherry aromas, while on the palate one learns that the youthful tannins overwhelming your mouth (which was vividly demonstrated by the facial expressions of most drinkers turning sour) give this wine the “surprise-me” potential in the years to come. The sweet character of these tannins will make this wine more approachable quite soon. Hidden behind the veil of tannins are red fruits in a blend of strawberry, raspberry and dark, sumptuous touch of ripe cherry. Long, yet slightly bitter aftertaste reminded me of how important it is to be patient with some red wines.
Finca Marisanchez 2006 Reserva (matured at least for three years of which at least one year in barriques, one in bottle) is a blend of 80% Tempranillo, 10% Merlot and 10% Syrah. For Bodegas Royal this is a limited production wine (about 18.200 bottles is for a Spanish winery is quite a small amount). It is a much more complex wine than the Crianza. In this Reserva spices (pepper, eucalyptus) mingle with dark fruits (plum, black currant, blackberry) in the full-bodied wine, that keeps lots of its freshness and fruit so it is not too heavy.
These were the wines I have tried, the rest as well as the smooth extra virgin olive oil made from the olives grown at the estate you can taste at the bodega during your visit. 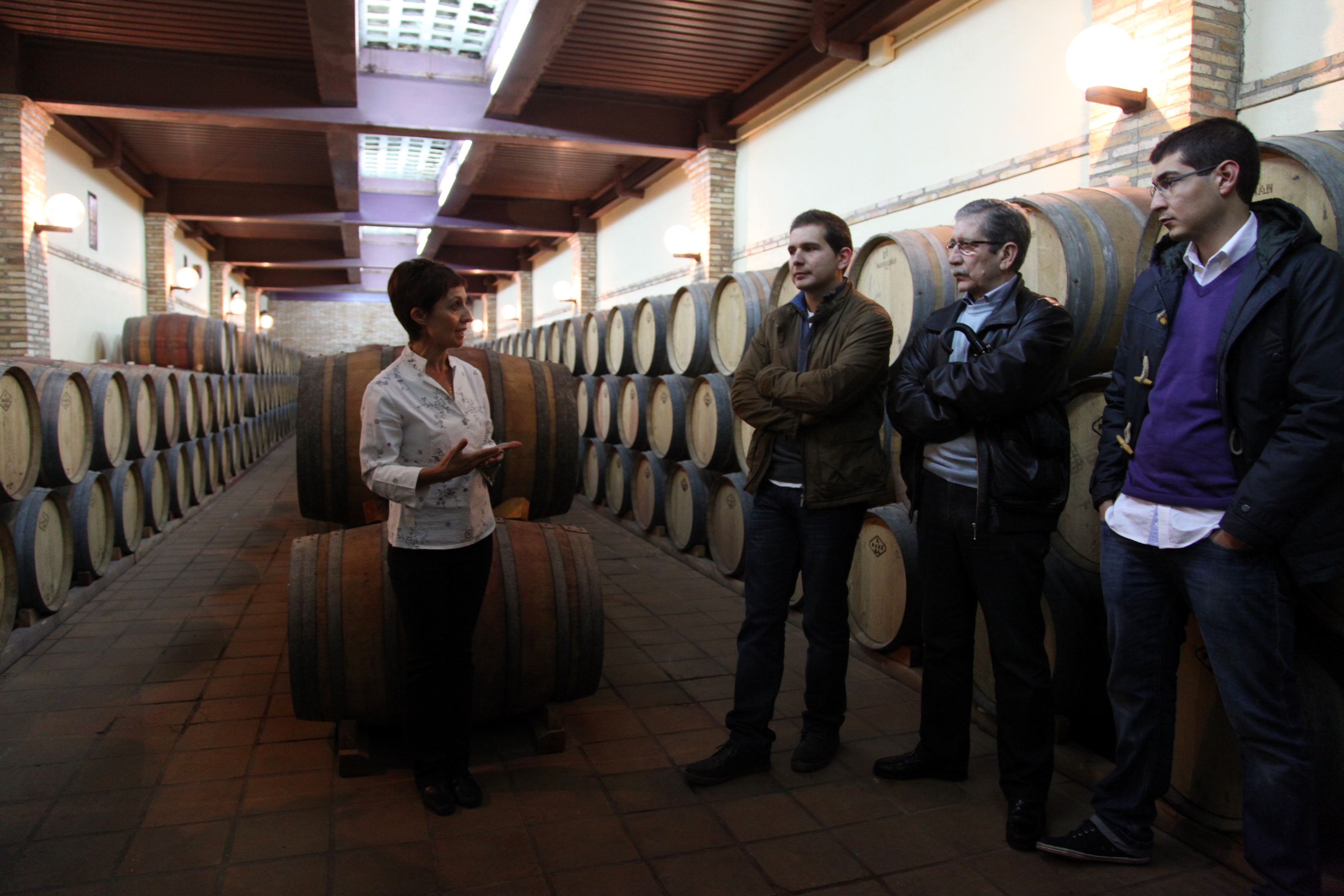 The winery has excellent contemporary premises for events such as weddings, anniversaries, conferences, all set in the midst of sprawling vineyards. There is also a great restaurant serving dishes complementing perfectly the wines from Bodegas Real.
Finca Marisanchez, Ctra. Valdepeñas a Cozar km 12.800, 13300 Valdepeñas, Spain
+34 629 939 703; email: comunicacion@bodegas-real.com