The award-winning Oro’s chef and local Tv personality Felipe Bronze said : “My work reflects who I am or how I think…“. The brazilian native gathered his culinary experience mainly in the US as a student at the Culinary Institute of America, later he worked at many high-end restaurants in the US and after he returned back to Brazil at Rio’s trendiest outposts such as Sushi Leblon, Zuka, Z Contemporâneo. For his cooking endeavors he won a number of awards including the “Chef Revelação” (The Chef Revelation) in Brazil. He opened his ORO in 2010 and only months after its opening the restaurant has been widely acclaimed by the press. 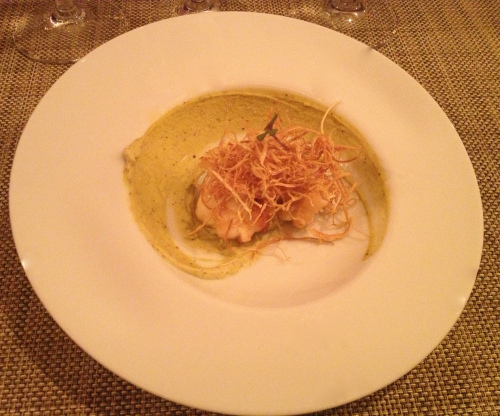 The place itself is casual, fresh and fun as people sitting around you wonder over the creative dishes and often burst into laughs or whistle with sighs of admiration. The open kitchen concept lets you peek into the busy world of the chef and his helpers. The service is attentive, friendly and knows the dishes very well so all your peculiar questions will be answered. One would think to dress up, yet this is Brazil, the country far from conservative, so you can wear casual attire from jeans to white linen pants, almost like on holidays (just leave the Havaianas – Brazilian flip-flops, for the beach or a city tour). There is also a nice room upstairs that is suitable for private events and celebrations. 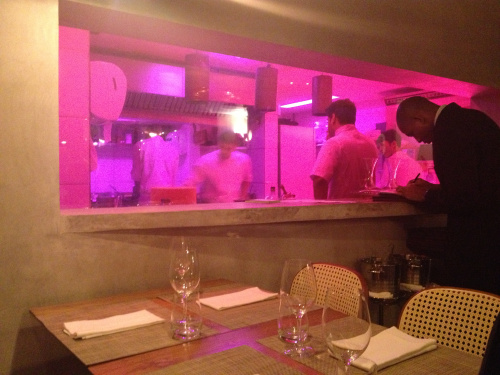 Food: Magic, fun and with an artistic presentation. The 16-course chef’s menu has to be reserved in advance. We went for the 5 dishes option where we got one snack at the start and then four different plates. The snack board consisted of cheese profiteroles, cashew nut confit and a stand of fruit and tapioca cones filled with something translated as a “pup” tartare. The menu is all in Portuguese so you have to rely on the waiter who is willing to explain you each dish in detail. Just to memorise it is quite an honourable effort (I had to record it how complex all the food was). 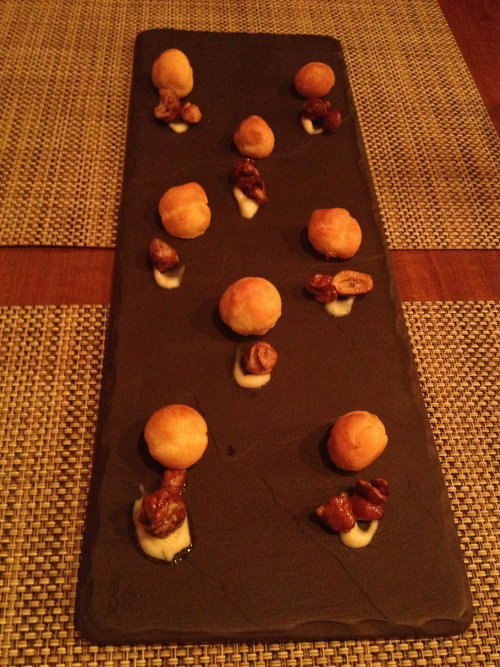 It is like a show in the Circus du Soleil in a gastronomic sense. The Caprese quente/fria, burrata,pesto de baru, tomate e pão de milho – Caprese Salad hot/cold, burrata, pesto of baru, tomato and corn bread is so intriguing to watch as the top coat dissolves under the tomato sauce that is being poured over it. Patience … and you will find out what is hidden inside. The burrata was super-creamy as one would expect from this Italian delicate cheese, the pesto just adds nutty and oily touch, but the corn bread was a bit too “wet” to my taste as it got moist in the batch of tomato sauce. 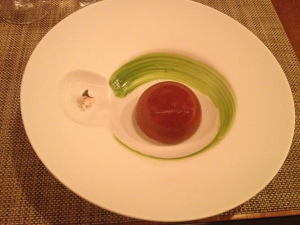 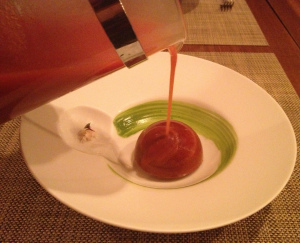 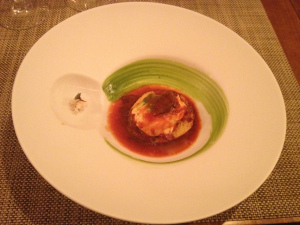 Another interesting and perhaps even tastier course was the Lagostin com creme de pistaches, alcachofra e pupunha crocantes – Lagustine with cream pistachios, artichoke and crispy pejibaye. The langustine was of a superb tender quality, the cream of pistachios I would sell in a delicatessen store and I bet it would kill the sales of peanut butter how much better it was, and the thinly shredded artichoke added crispiness as it was stir fried like tempura.
My next surprise was the Filhote defumado, feijão Santarém, leite de castanhas – Filhote fish smoked and pan fried served with crusty Santarém beans mash and a dash of milk from chestnuts. Incredible, what one can do with fish! 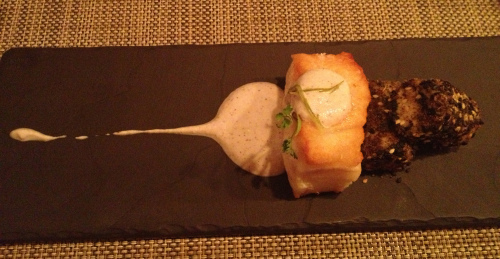 Desserts come on a large plate with lots of local influence – from nuts you have never heard about to fruits and flours used in some of the sweets. Nevertheless, there is an international core to the chef’s desserts with a number of options. From “Everything with eggs“, “Everything with caramel” or “Everything with chocolate” to a special desserts blend called “The grove“. In our menu we got so much that it could have been a dinner on its own, although entirely sugar-dominated. The pot of  Crème brûlée, baby flan, chocolate mousse, crunchy cocoa nuts in a paper box, a pot of  fried churros, a thick custard sprinkled with caramelised nuts and even his genial frozen millle-feuille – these all have foreign foundations. The mille-feuille has a veil of magic around it as the waiter breaks the crust and adds steaming liquid nitrogen so the frozen ice cream and its crust can be penetrated. Then you can dive your spoon into the crusty cave hiding the sweet chocolate ice cream. 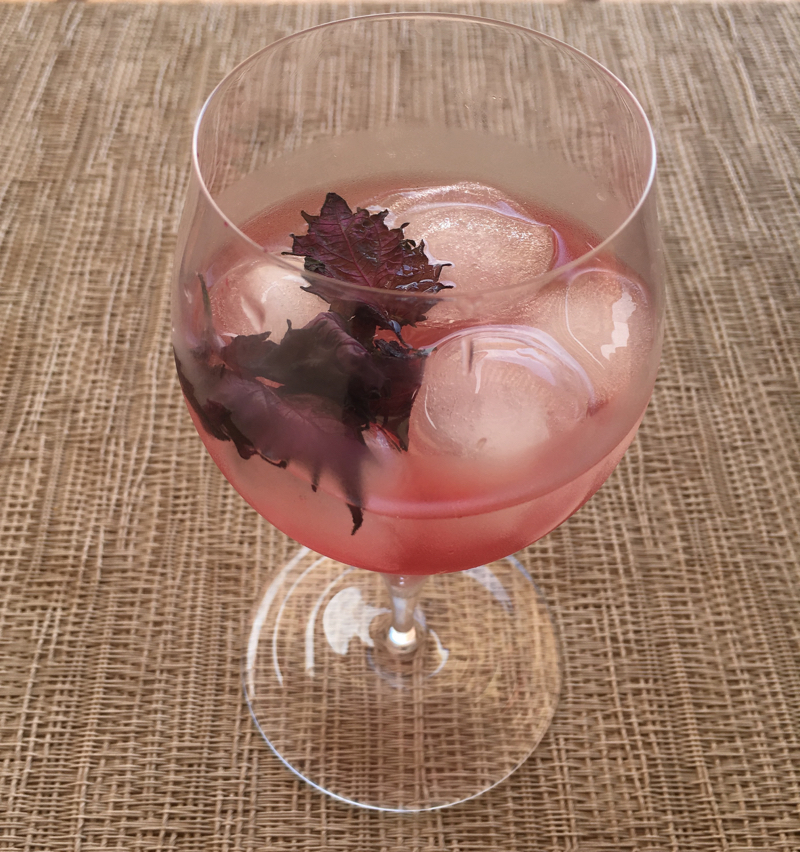 Drinks: There is an option of wine pairing with each of your dishes and we went for it. It is a surprise as each wine is revealed by the Mendoza-born sommelier Cecilia Aldaz with your next course. The price ranges from R$70 (34 USD) in the smallest menu (3 wines) to R$295 (145 USD) in the chef’s menu. Starting with a glass of sparkly Cava refreshed our palate and got it ready for the tasty dishes to come. My favourite two pics were the crisp and zesty Errazuriz Reserva Sauvignon Blanc from Chile and the apricot flavoured Austrian Grüner Veltliner from Weingut Brundlmayer. 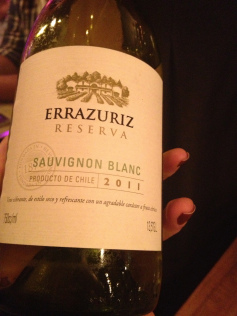 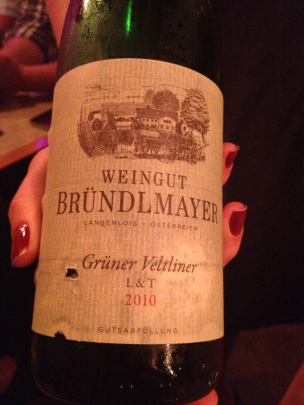