Located at an early-1900s palace of the Grand Hotel du Cap-Ferrat the one Michelin-starred restaurant Le Cap is helmed by the chef Didier Aniès. The luxurious premises in a superb location alongside the blue-waters of the Mediterranean have been attracting for over a century the créme de la créme of the world’s elite. From the French Jean Cocteau to the American presidents, many found a refuge from the overwhelming world here. Gastronomy naturally flourished at the Grand Hotel du Cap-Ferrat catering to its demanding clientelle. 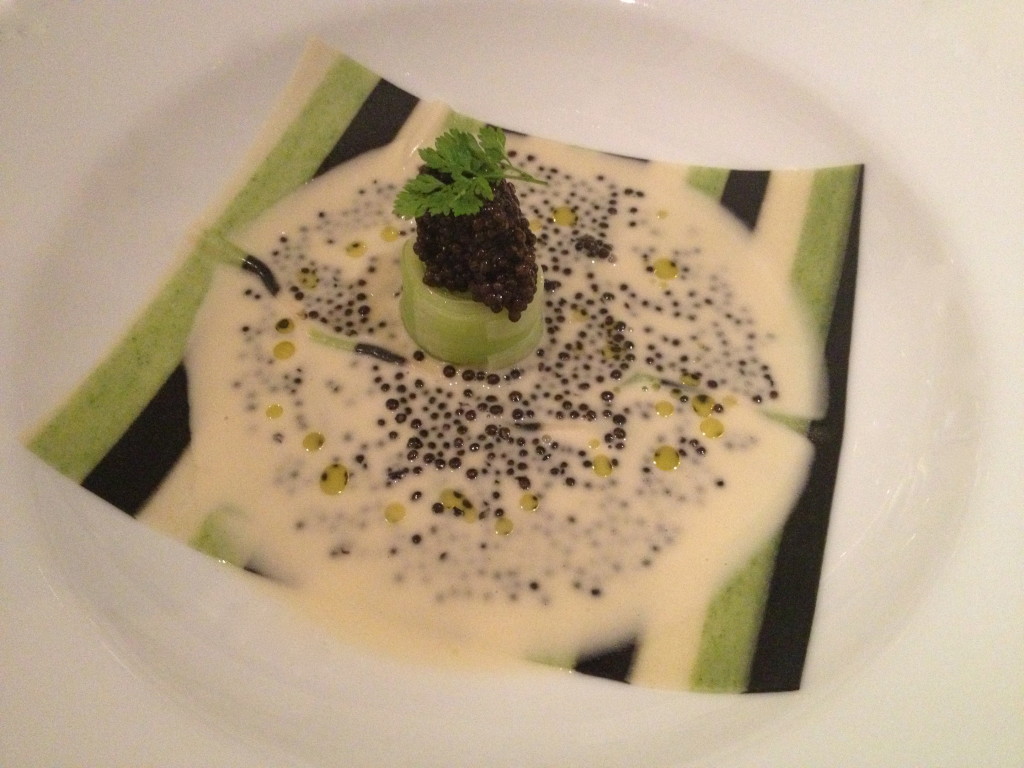 Atmosphere: Elegant, pure and cosy ambiance inside, slightly contrasts with the fresh, natural and rather casual breeze on the terrace under the mighty Aleppo pine trees. During the high season a live music band on the terrace creates a holiday atmosphere. In the tune with the hotel’s luxuriously contemporary design interspersed with Art Deco, the restaurant is decorated according to the highest standards with art being its main feature. The original rotunda at the hotel’s lobby was designed by Gustave Eiffel in 1909 and its new owner remains faithful to the hotel’s artsy history. 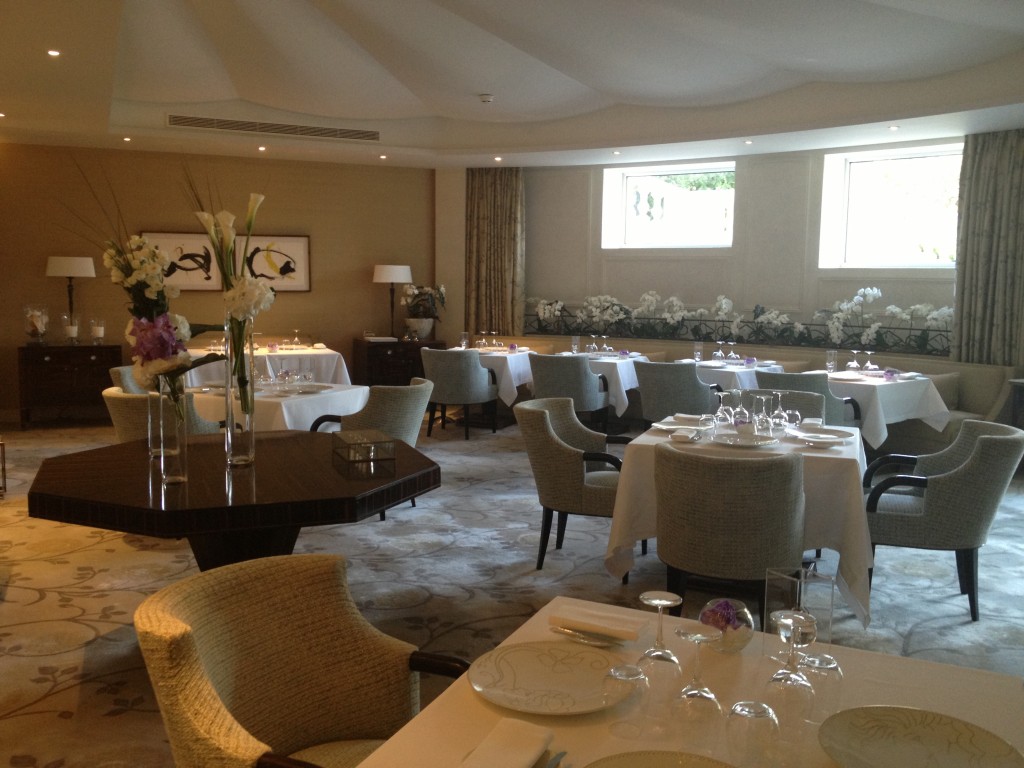 Food:  Not only the looks though, but also the pleasures derived from the hotel’s cuisine focused on fresh seasonal ingredients, sourced directly from producers, please the demanding eye of today’s  well-heeled customer.
Start in high-style with Lasagna with Aquitaine Caviar & Baby Leeks with Olive Oil – La Fine Lasagne au Caviar d’Aquitaine Jeunes Poireaux à la Goutte d’Huile d’Olive. Although this appetizer will cost you almost €200, which is well-over the standards of most of gastronomic establishments for a starter, this signature dish of the chef had won him the “Meilleur Ouvrier de France” award in 2000. Its balanced, yet intriguing flavours enchant not only the caviar fans but also a true “art in food” seekers. Superbly delicate, the intensity of the creamy sauce adds some depth to the dish while the French caviar with its less-salty character does not hinder the other flavours found in this award-winning creation.
Another speciality is the main course of L’Agneau de l’Allaiton de l’Aveyron Grillé à la Broche et au Romarin Cromesqui au Confit d’Agneau et Ananas Cannelloni de Ricotta. This juicy veal delicacy is or two people to share and is a better value for money. 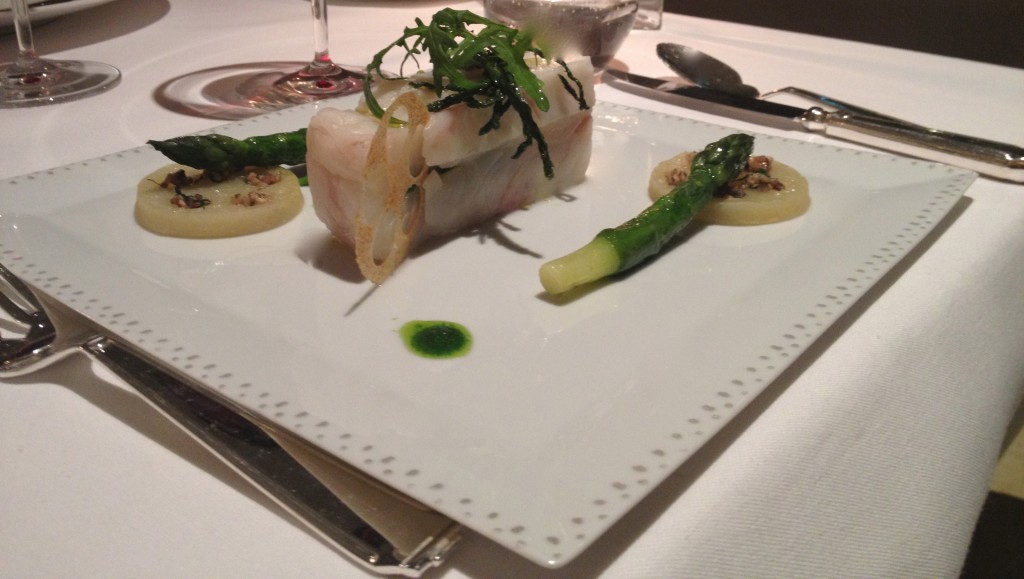 Drinks: The list of 600 wines from the finest vineyards of France and beyond is not less luxurious than the food. If you are an adventurer you can snap a Chateau d’Yquem 1854 vintage or Lafitte 1799. The normal majority of the world can please their vinous palate with a world’s cheaper Côte de Provence wine also featuring on the list. 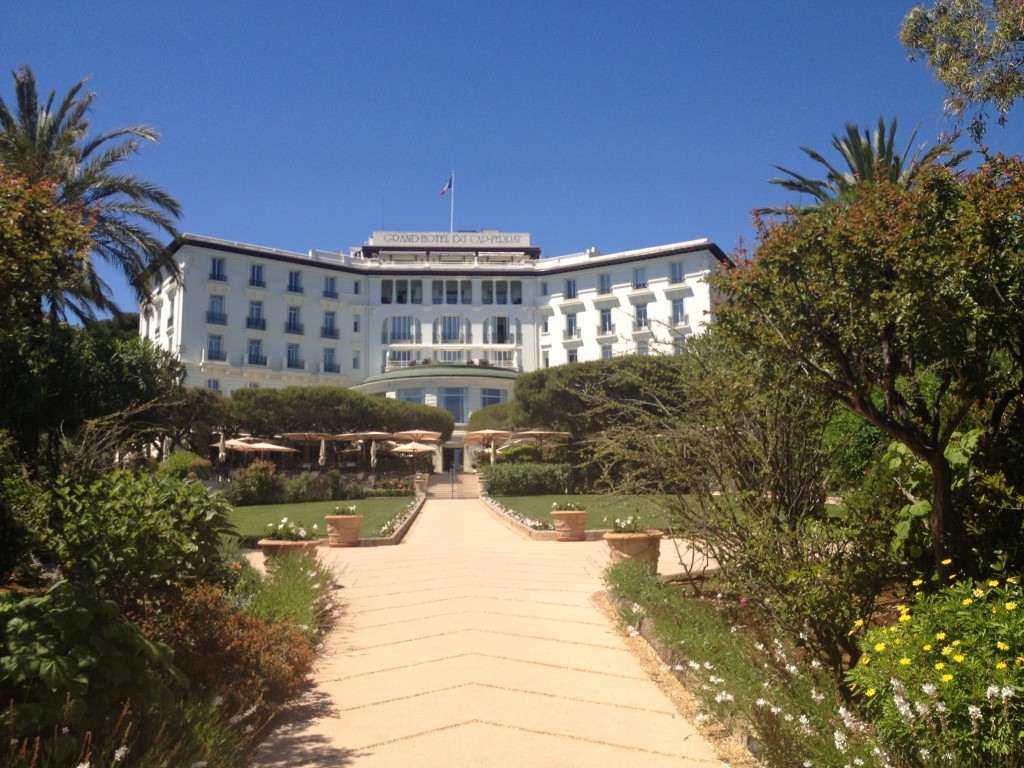