My nickname for this oolong tea is “brain tea” because of the leafs appearance – they form a small shrunk bunches shaped like a human brain. As the Chinese often attach meaning to natural forms, I would incline to a superstition of gaining a better memory after drinking a lot of this tea. One could drink buckets of this light liquid and think of miraculous deeds, yet so far, to my disappointment, science has not proved any of the oolong’s effects on brain function. On the flip side, the polyphenols and anti-cancer effects of tea are known, so cheers to that with a cup of a High Mountain Oolong! 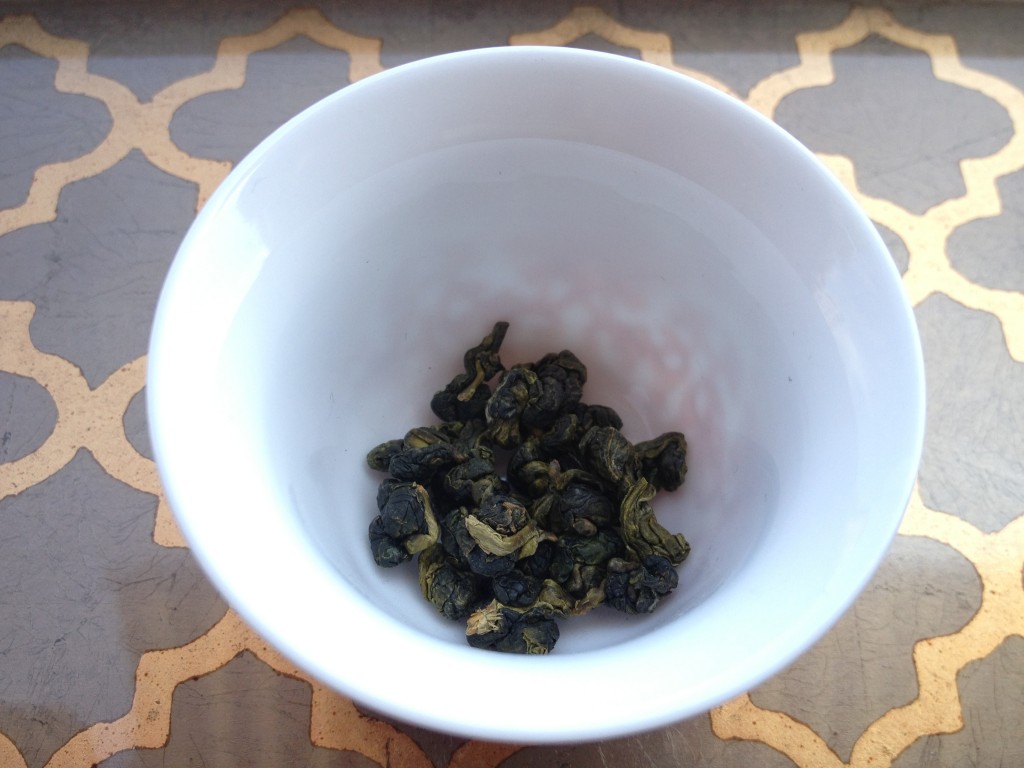 Origin: Ali Mountain, Chaiyi Taipei, Taiwan. Oolongs from Taiwan are the most cherished partially fermented teas.
IMPORTER: Yauatcha, based in the UK.
Brewing: 5-7min; water temperature: 85-90 °C
Dosage: 1/2 of a tea spoon for a cup (200ml); two to three infusions
Strength: 1
Appearance: Thick shrunken leafs with dark green hues dispersed between fresh light green are witnesses of a partial-fermentation. If it was a green tea, the leafs would all remain lighter. In water it is light brown with yellow tinge.
Taste: In the first brew it is refreshing. With the second and third brews the taste profile changes and moves towards a more pronounced tea. Partial fermentation of this oolong shows in its slightly roasted aromas, especially in the first brew. It is not a bold tea, rather delicate and nature evoking. It is not bitter and only slightly sweet on the nose.
Pairing: Its rather neutral character makes an ideal thirst-quencher and not a complex food companion. It is suitable with any type of food, especially Asian spicy, for its balancing neutrality.