Ze Kitchen Gallerie is a contemporary culinary gem treasured by the Parisians and expats alike. So far, tourists have not found their way to this hidden laboratory of delectable excellence. The maze of minuscule winding streets in the Latin Quarter on the Right bank confuses swanks of them, but even after about a dozen meals at Ze Kitchen I still get lost. Its light, Asian meets French nouvelle cuisine is perfect for lunch between gallery hopping, shopping and business meeting. 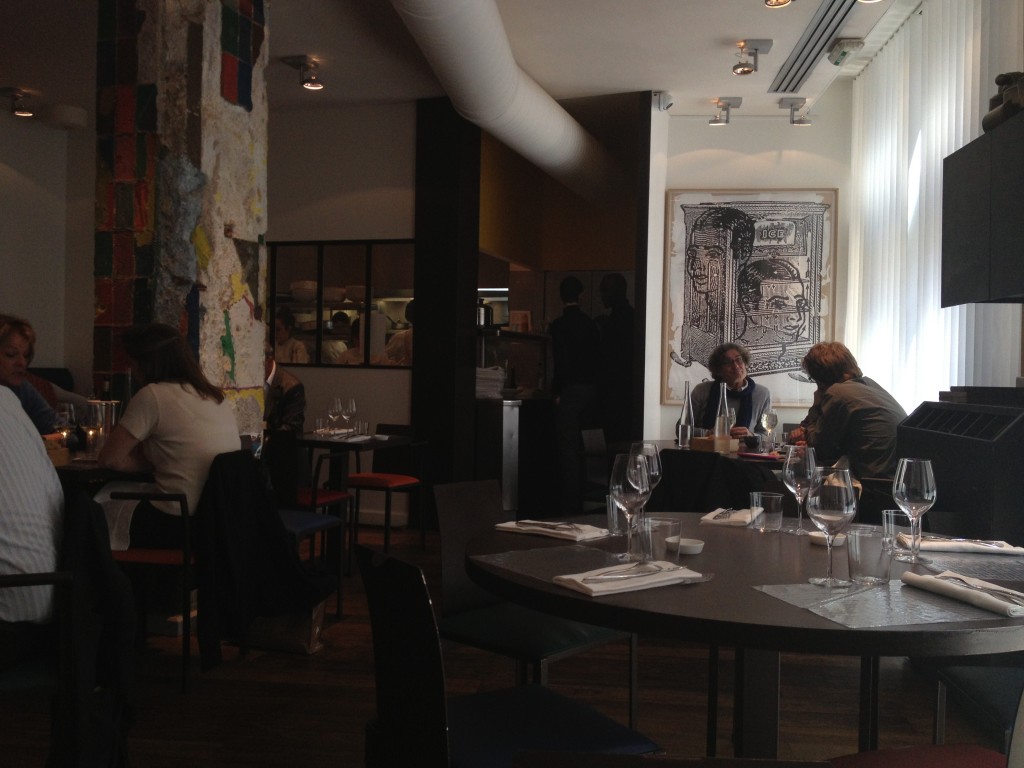 Atmosphere: Crisp, intellectual with a very pleasant and friendly staff. Set in a contrasting unpretentious modern open room peering out into a tiny street cobbled Ze Kitchen Gallerie announces its contemporary mission. Its intellectual flare stems from its well-hidden location just behind the Ile St Luis in the Latin Quarter. Compared to most other gastronomic Michelin-star restaurants in Paris, it is casual, just not jogging pants. 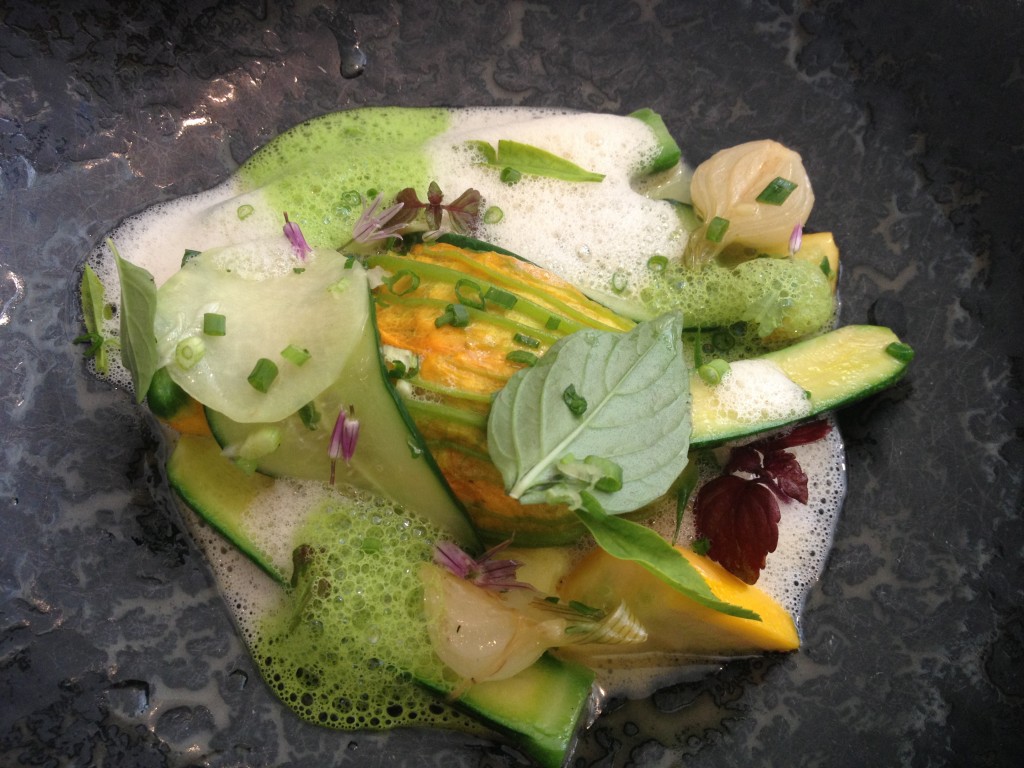 The chef William Ledeuil opened Ze Kitchen Gallerie as his first restaurant in September 2001. He obtained one star from Michelin Guide in 2008 and his delightful cooking held up to that macaroon ever since. Unique but also very tasty, in 2013 Ze Kitchen Gallerie was selected by food critics and FOODIE editors as one of the top 100 restaurants in the world. 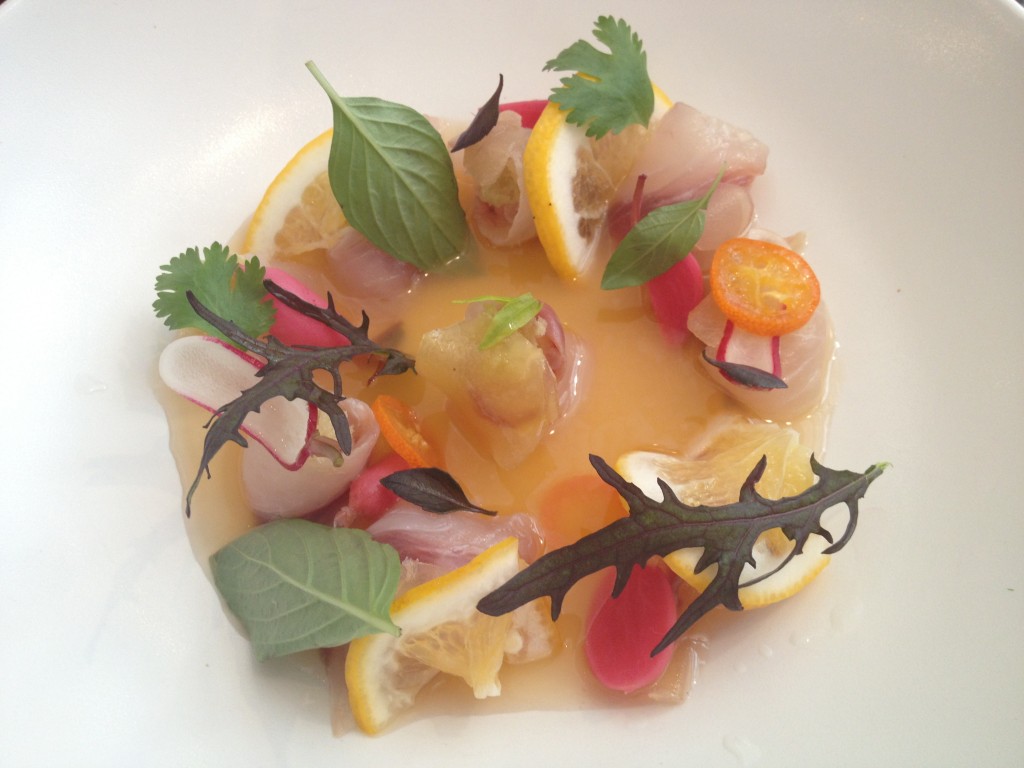 Herbs, spices and exotic chemistry pop often out from the pure white plates. The chef spotted the current trend favouring lighter food with an exotic touch of Asia, greens and herbs. In his culinary masterpieces he shows nature at its fanciest.
Some dishes are personal takes on the French classics, such as the Stuffed Zucchini Flower, with cream cheese, shavings of crunchy market vegetables in a delightful foam crowned by fresh herbs. The chef still serves the flower filled with fresh cheese, yet everything else is freshened up thanks to the airy shellfish foam with ginger sprinkled with fresh herbs and crunchy vegetables. 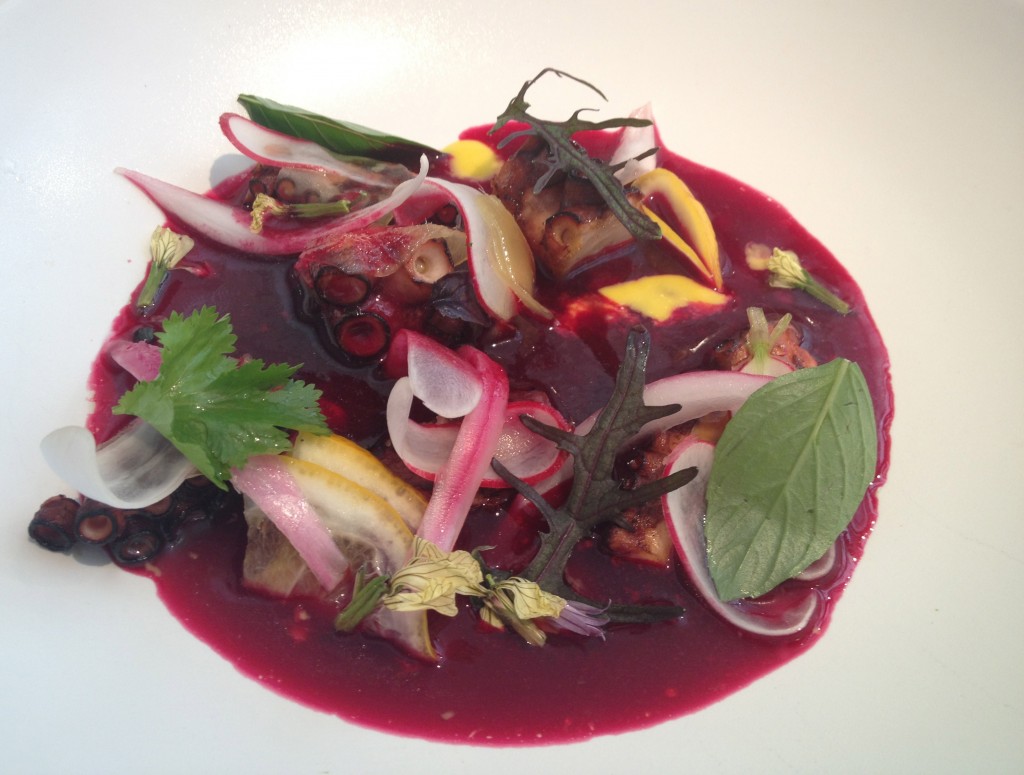 A more sea-inspired starter the Marinated Sea bass served with citrus with daikon-wasabi was another refreshing pleasure for raw fish appreciating gourmands. The white fish it literary melted on my tongue like a candy and its citrusy and by Japanese condiments flavoured marinade balanced any fishiness. With a glass of crisp white wine it was a superbly easy digestible taste-satisfying dish.
Another visit yielded Thai broth with artichoke, fava beans, scented with herbs. A touch of cream in the clear broth, voila for a French twist. 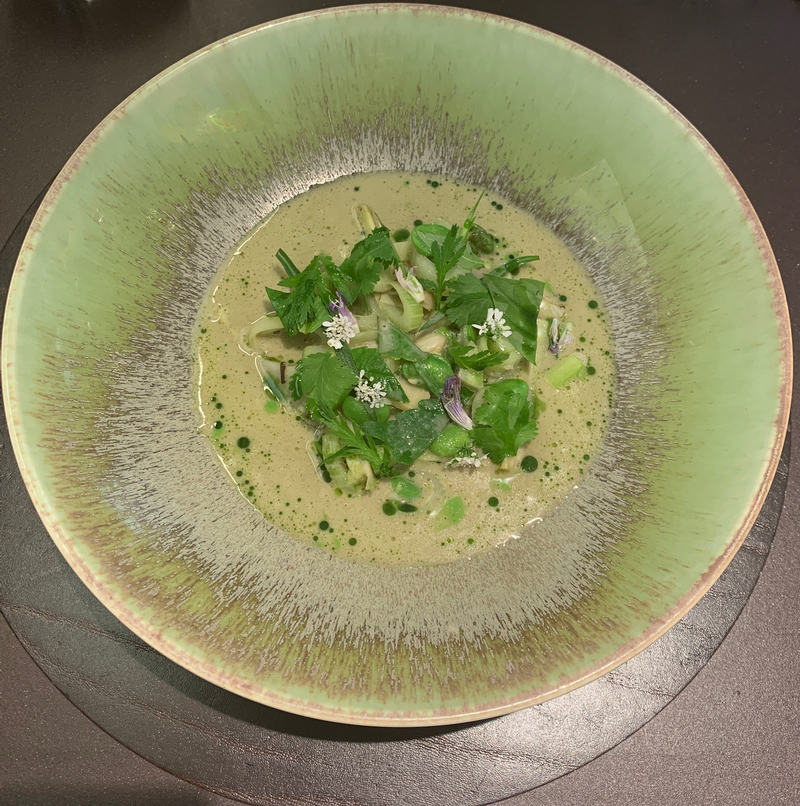 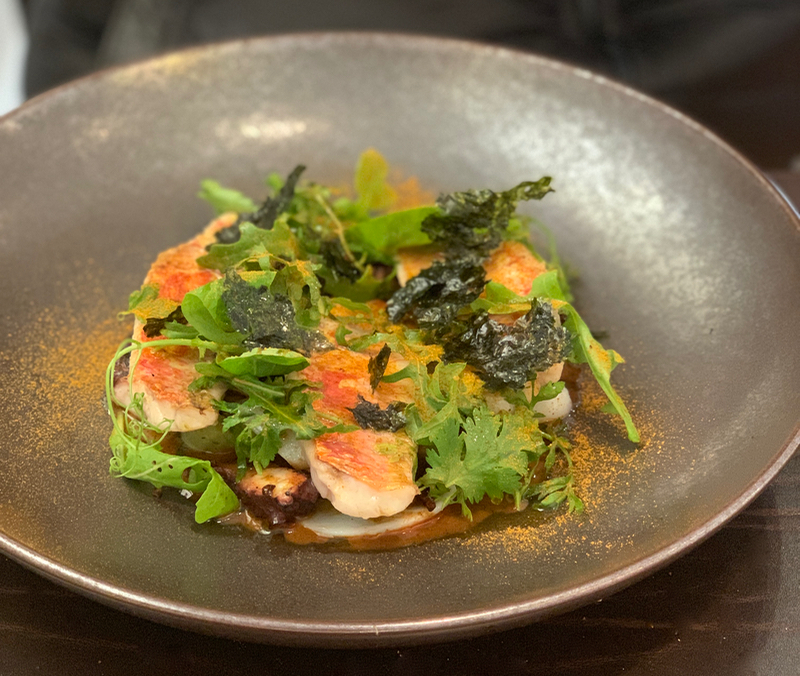 There is always a Fish of the day on the menu. You might get a Mediterranean sea bass or red mullet, Atlantic codfish, Mackerel and other fresh sea creatures that catch the chef’s eye. Again the preparation is not involving heavy sauces and excess butter, but rather a flavourful main course cooked “à la plancha”. Rabbit or pigeon if in a mood for meat. Vegetarians will always find some seasonal treasures or demand them. The kitchen eagerly whisks something delicious. Thai-spiced pasta such as the Chiocciole-Eggplant-Pecorino with Tomato Galangal Condiment were delightful. 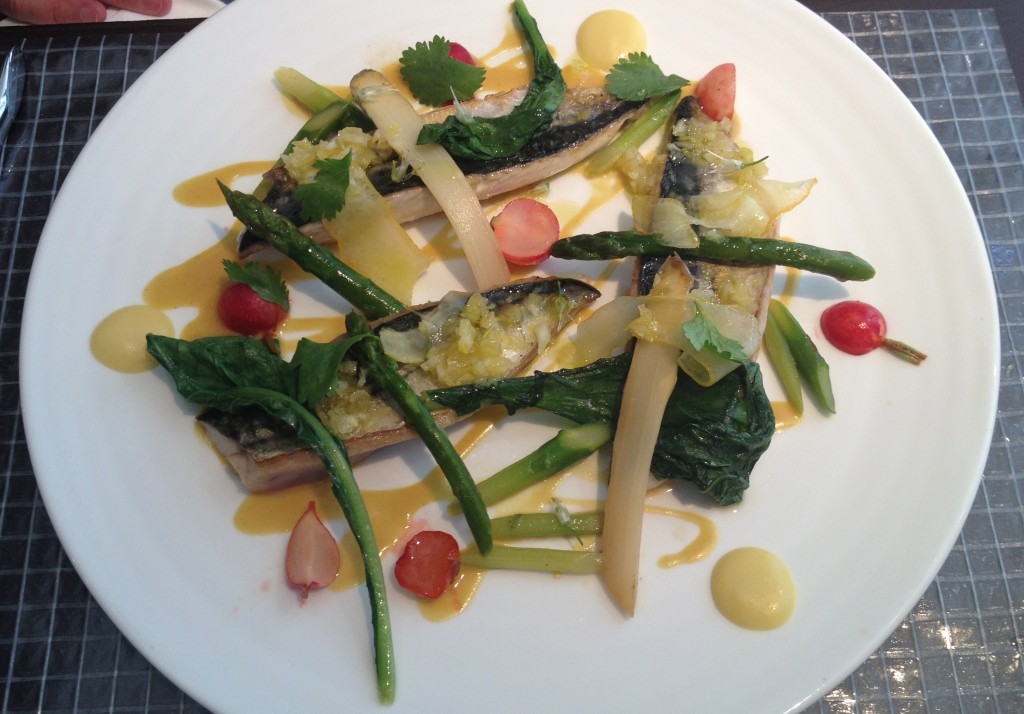 This truly adventurous gastronomic journey may finish with the White Chocolate and Wasabi Ice Cream, in which impossible is mastered to a harmonious gustatory existence.
The wine-by-the-glass selection offers also many less-known producers not just from France. Many of the wines are selected to match the dishes so do not hesitate to ask for a recommendation. White wine with my seafood and vegetable themed plates such as Sancere or crisp dry Riesling from Germany are the styles to look for. Kumquat with ginger infusion, tea and coffee for a non-alcoholic lunch.
Mon-Sat lunch: 12noon–2:30pm; dinner: 7pm–11pm
4 Rue des Grands Augustins, 75006 Paris, France
+33 1 44 32 00 32