Sake has a unique brewing system called multiple parallel fermentation. Unlike beer, the enzymes needed to break down starch into sugar are not present in rice and have to be introduced. This is achieved by adding a mould called Koji-kin in Japanese. This mould feeds off the rice and produces the required enzymes. 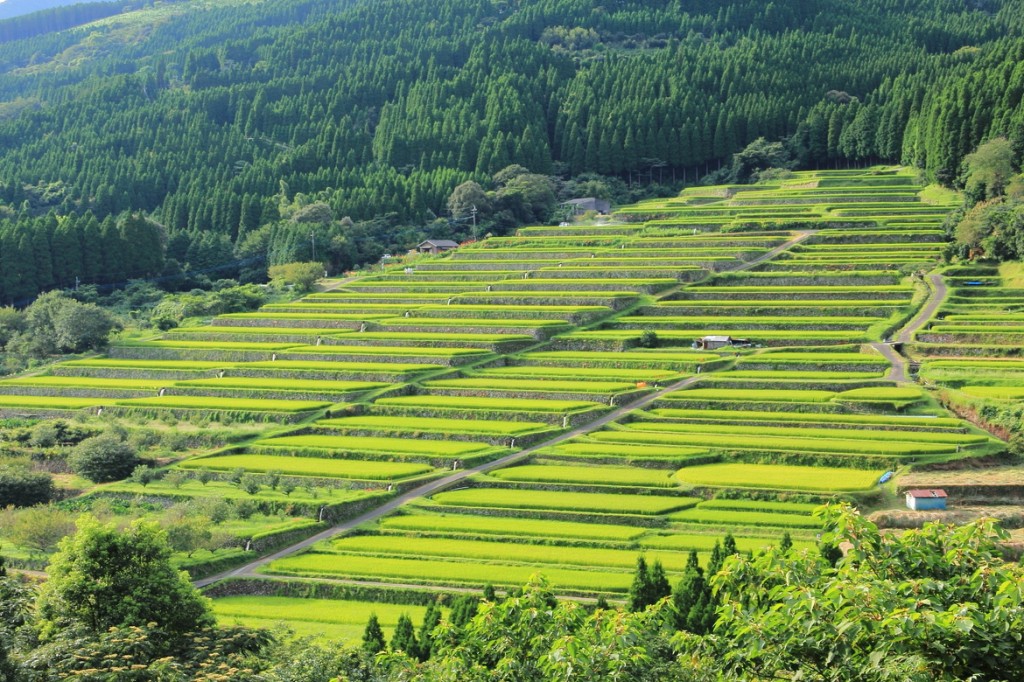 Steamed rice with this mould on it is known as koji. At this point more steamed rice, water and a concentrated yeast starter, called moto, are added. The starch is simultaneously broken down into sugar and the sugar is fermented into alcohol and carbon dioxide (thus the name multiple parallel fermentation).
Each step must be performed at an exact temperature, length of time and in certain conditions to achieve perfect results. Quality of main ingredients, rice and water, play a huge part.
Regular sake is pasteurized once, then left for six months to mature and pasteurized again. Water is added afterwards to take the alcohol percentage down from 20% to 16%, the drink will then be bottled and distributed.

There are many types of sake, but two top levels of sake that you are likely to find in a Western drinks menu:
Ginjo, which is premium sake typically drank warm; and Daiginjo, which is super premium sake more often drunk cold.
Ginjo is made from rice which is milled down to between 60-51% and Daignjo is milled down to below 51%.
The drinks may also be called junmai, this means that the brewer has added no alcohol to enhance taste (viz. sake on the photo left).
The following Top 10 list (the best is No 1) has been voted for by attendees of the sake experience, Hyper Japan, in July 2013:
10)  Gekkeikan Nigori sake: Brewed in Gekkeikan in Kyoto. Established in 1637; their sakes are enjoyed in more than 50 countries worldwide. This one is unique, it has a milky colouring and a creamy texture. It is best served chilled from the bottle or on the rocks. It has a definite coconut taste and is best served with desserts; the brewers recommend a lemon curd tart.
9) Matsuemon Shuppinshu: Brewed in the Hideyoshi brewery in Akita, these sakes are made nowhere else in the world as they are made with local produce. Specially brewed for competition it has a chocolate-vanilla taste, sweet to the palate. Best served chilled with miso based dishes, cheddar or blue cheese and grilled fish.

8) Kotsuzumi Rojo-hana-ari: Made in the Nishiyama brewery of Hyogo. Like the previous this sake has a distinct taste of white chocolate and vanilla, with the added boldness of banana, best served on the rocks and with dashi-rice dishes, parmesan cheese and creamy seafood.

7) Zaku Miyabi-no-tomo: Brewed on the eastern coast of Japan the Shimizu brewery that has traditional associations with sake brewing. This sake has beautifully sweet flavour and the aroma of white blossoms. Best served chilled, it would be appreciated best with cold appetizers or with a cheese board.
6) Maibijin Junmaishu: With an earthy, woody taste this sake will be popular with scotch drinkers. Made in the Mikawa Syuzoujyou brewery in Fukui, it has been brewed in cherry wood casks instead of the traditional cedar wood. This sake can be enjoyed at several different temperatures depending on your preference. It can either be served: chilled, at room temperature, warm or hot. With its long aftertaste it accompanies grilled and spicy dishes best.

5) Ninki-ichi sparkling sake: Made in the Ninki Shuzo brewery in Miyagi. This sparkling sake has a delicate elderflower and succulent apple taste, perfect for first time sake drinkers. Best served chilled as an aperitif or with fresh fruit or sorbet.
4) Junmaishu Urakasumi: Fresh and fruity, this sake has an elegant taste of peach, melon and pineapple. Produced in the Urakasumi brewery, Miyagi, this wonderfully fresh sake accompanies raw seafood such as oysters and sushi. It can be enjoyed chilled, at room temperature or warm.

3) Dassai 23: The only super premium sake (daiginjo) on the list; Dassai 23 is at the top of its game. The rice is polished down to 23% and this particular sake is also a junmai; this means it is also the most expensive sake on the list, retailing at £95 a bottle. Its full bodied floral aroma and a refreshing smooth taste is not too dissimilar to a crisp dry white wine. Sake experts agree that all super premium sakes should be served chilled, which is usually between 10-15°C. Seafood accompanies this beverage very well, along with strongly flavoured cheeses.

2) MIO sparkling sake: Made in the Sho Chiku Bai Shirakabegura brewery in Hyogo this sparkling sake is again perfect for beginners. In Japan sake is sometimes still associated with older gentlemen, this sake has been strategically aimed at teens in Japan to create a younger generation of sake drinkers. Lightly carbonated, this low alcohol (5%) beverage should always be served chilled and best accompanies desserts such as fresh fruit cocktail or fruit sorbets. MIO retails at £7/bottle.
1) Gekkeikan Kirei Momoshu has a low alcohol content. Added to the blend of sake and white peach juice it contains 30mg of hyaluronic acid, an ingredient found in hydration skincare products. The winner of the public vote in London is perhaps appealing to the western palate because it tastes very similar to peach schnapps. Best served chilled or on the rocks as an aperitif or digestif. Surprisingly it costs only £7.50/ bottle. 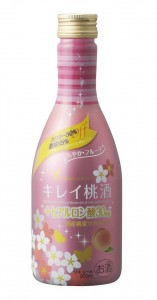 Whatever your taste, be it crisp white wine, bold scotch whiskey or sweet and sparkling; spicy curries, fresh seafood or strong cheese, there is a sake out there to complement every palate and accompany any dish served at a dinner party.