Fouquet is one of the oldest chocolate shops in Paris. For five generations, the Chambeau descendants reigned over their small kingdom of flavours, thriving in the popularity of luxurious confectionery.

Since 1852 Maison Fouquet has been installed as a jam purveyor on Rue Laffitte in the heart of Paris, and it is still here, near to the Opera, where all manufacturing remained until today. Later, as the Chambeau-Mimard family took over the house in the 1900s, other confectionery products were added. For five generations, the Chambeau descendants reigned over their small kingdom of flavours, thriving in the popularity of luxurious confectionery. During one period of the early 20th century, Rue François I, where the second boutique was opened, became a luxurious neighbourhood of high-end shops (Avenue Montaigne), so Fouquet naturally entered the sphere of desirable Parisian indulgence. 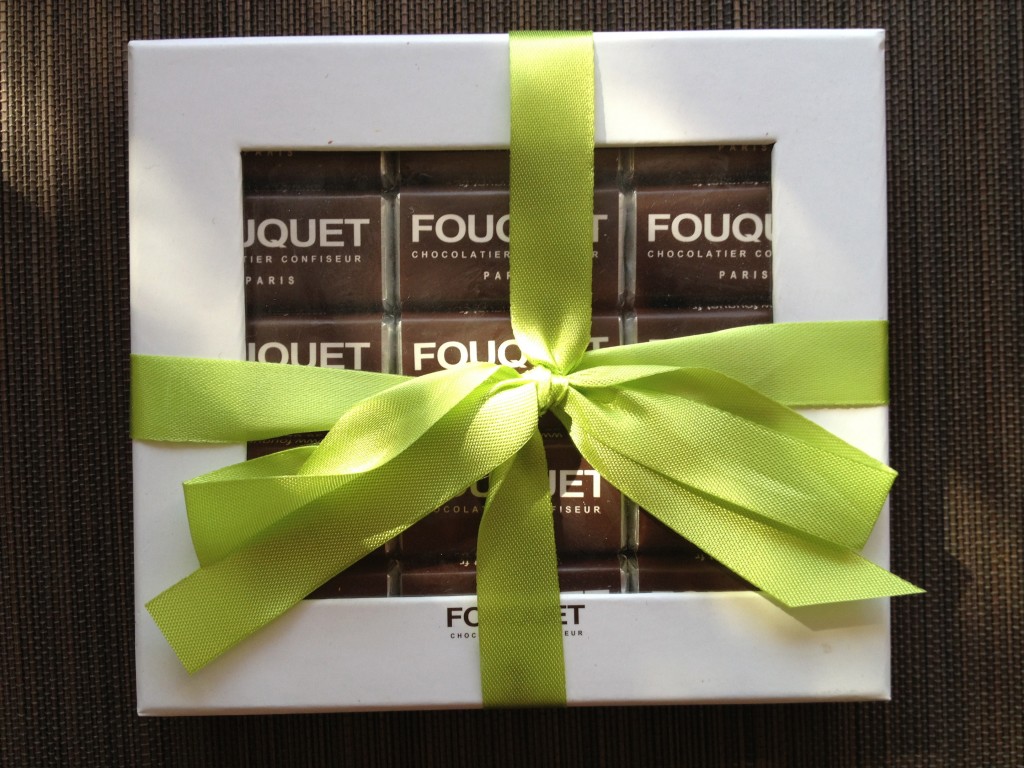 Fouquet is one of the oldest chocolate shops in Paris, yet it has not been until the 1980 when Christophe Chambeau levelled up the chocolate production to match its other highly praised sweets. Today, chocolate remains the specialty of the house.
Alongside the traditional recipes for ganache, pralines and truffles, the fifth Chambeau generation came with more modern chocolate treats at Fouquet. Vanilla marshmallows enrobed in dark chocolate, white ganache with coconut, fine almond biscuits wrapped in dark or milk chocolate coating are some of the “innovations” that were recently added to the already expansive portfolio.
The old-school favourites remaining are the Praline Amande Noir & Lait (Dark & Milk chocolate almond praline) and Praline Amande Moka (Coffee praline).
Chocolate bars are not  much elaborated, with plain milk and dark chocolate (72%) bars as well as milk and dark chocolate Mediants with chopped dried fruits and nuts so far the only  available, yet they are made of a very high quality cocoa and delicious. Small chocolate bricks or slants – “Biseautes” –  are an ideal treat for guests as they are individually wrapped. Similarly, Griottes – kirsch enrobed in dark chocolate, Liqueurs – alcohol filled in dark chocolate, and Perles – nougatine in chocolate, all are packaged in a shiny wrap.