Ippodo is one of the oldest and most known tea brands in Japan. Their expanding tea houses specialise in Japanese green tea grown around Kyoto. Various grades of matcha, gyokuro, sencha and bancha are being sold and precisely prepared at their authentic stores in Kyoto, Tokyo and now also in New York. 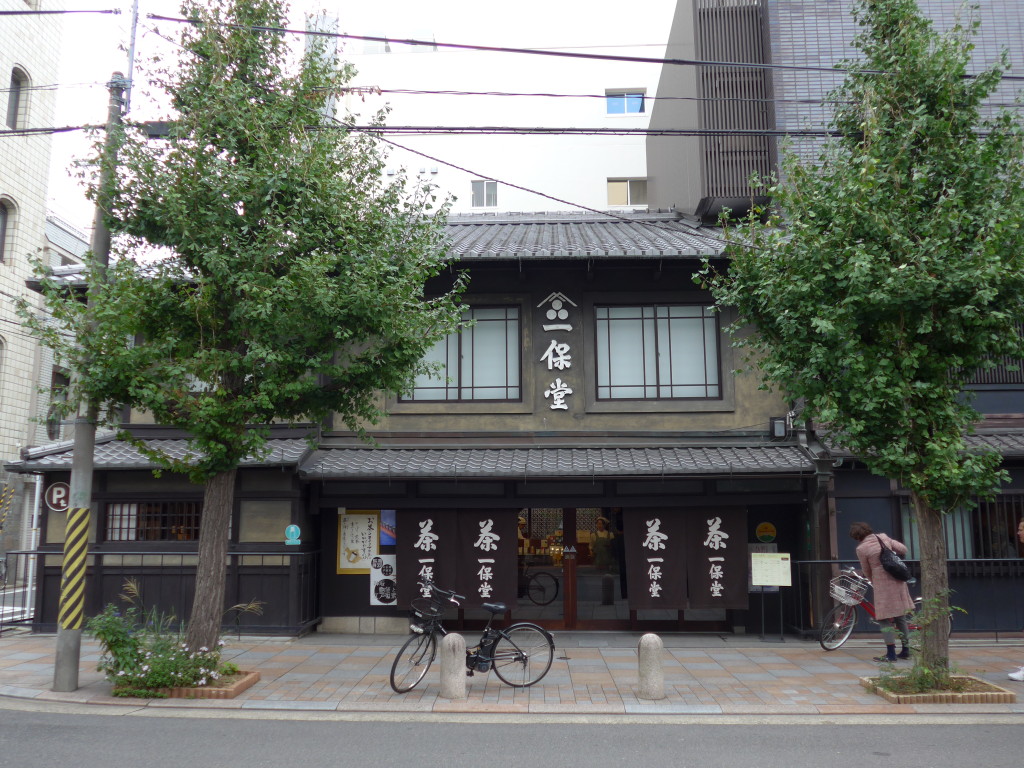 Kyoto’s mild, misty climate, mineral-rich soil, and the right balance of sunshine and rainfall, yield the highest quality green teas in Japan. From these the highest grade gyokuro would take over the imperial tea seat. Gyokuro is not for everyone though, since some palates might find its grassy flavour too raw. The Japanese have solved this inconvenience with Sencha, that became very popular abroad for its fresh yet more subtle taste. Nevertheless, many Japanese still prefer the more potent (since you literally eat the leafs, its theine content is at least twice of the regular green tea) powdered matcha.
Not only the Japanese love their matcha in tea lattes, cappuccinos, frappes, ice creams, sweet and savoury pastries and chocolates, but worldwide, matcha latte has been for some time the caffeinated drink of choice of the big city dwellers. Matcha is now offered at the American-born Starbucks and Teavana branches, with its Japanese counterpart Nana’s Green tea teasing the sweet tooths of the Japanese as well as the other Asian nations. Nana’s special matcha drinks and desserts go beyond our Western imagination. Even the top chocolatiers from Europe to Asia, the Americas and Australia use matcha in their indulgent creations (it tastes best in white chocolate), and pastry chefs make anything from cookies to croissants with this powdered green gem. Matcha has become a global obsession! 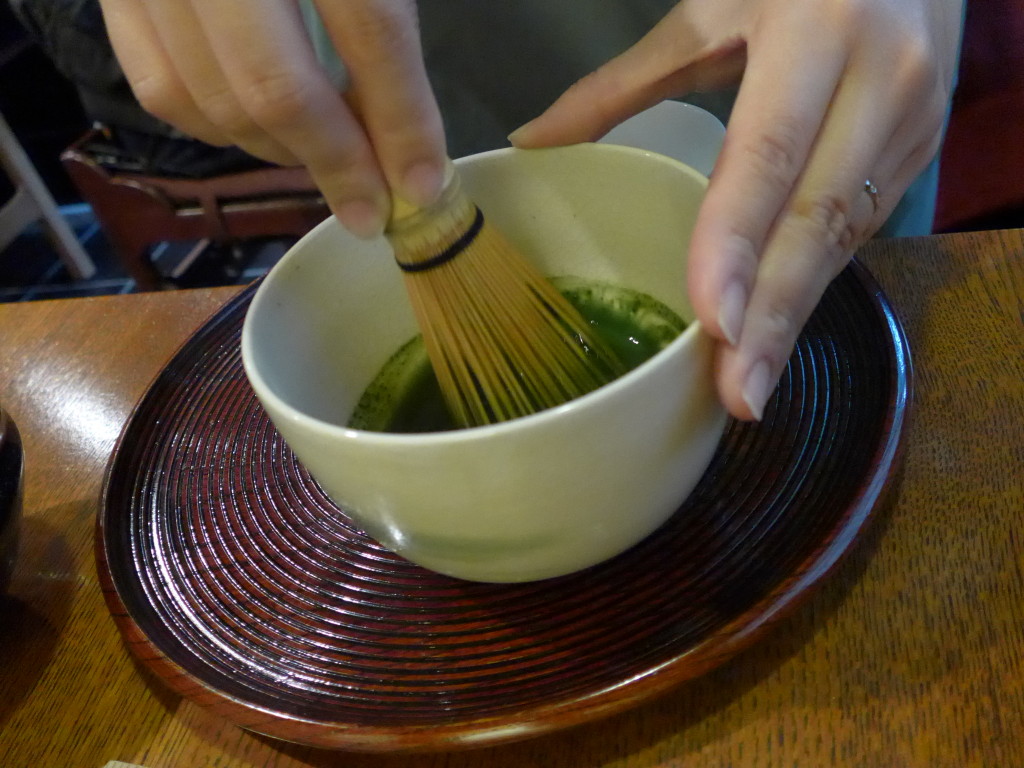 There is a problem though with diminishing of the matcha’s healthful properties such as high antioxidant content when exposing it to heat. Not everyone treats the sensitive green teas properly, crippling not just the quality, but also the tea’s flavour profile. On the other hand, any serious tea house will patiently, aligned with the philosophy of tea connoisseurship, explain, and serve all teas in a correct way. Ippodo is one of the leaders in this tea enlightenment.
Almost 300 years (it was founded in 1717) in the tea business allowed Ippodo to learn where the best teas grow and which plantations maintain high quality. The house further preserved the traditions of the japanese tea ceremony. After all, IPPODO literally means “preserve one” and this name was given to the shop by the Prince Yamashina, who was a frequent customer together with many other imperial family members. 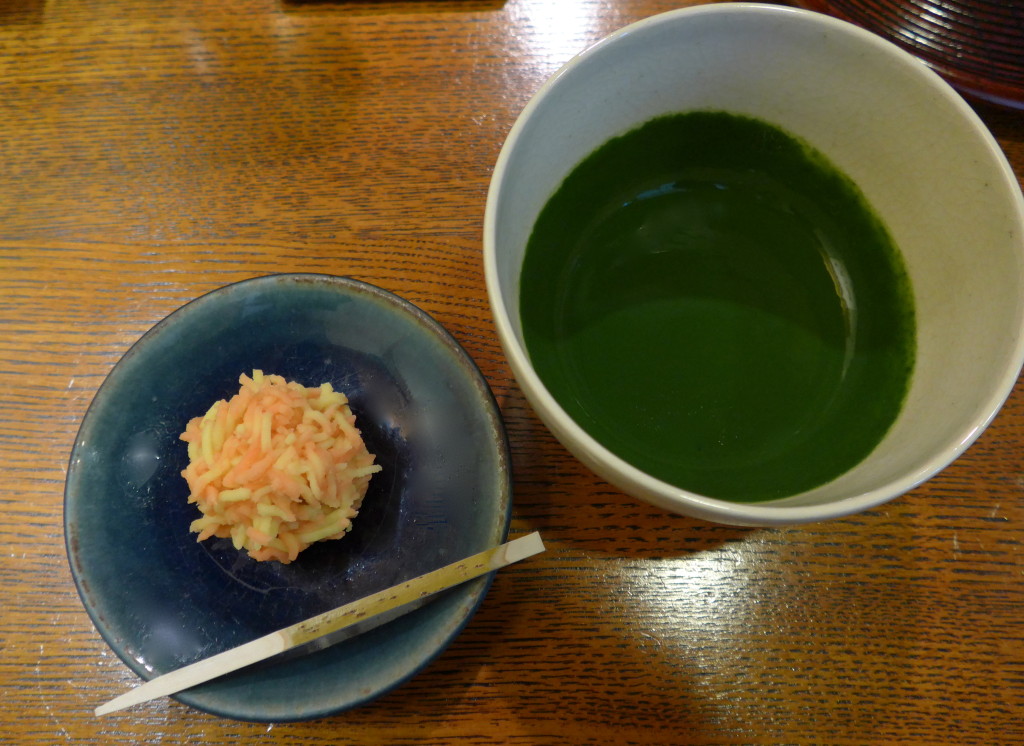 True to its heritage, Ippodo has established the Kaboku Tearoom at the Kyoto store, where anyone can learn the japanese art of tea in a tea-making workshop. The experience must be arranged upon request. Anyone visiting can also prepare his own tea with the help of the Ippodo staff while sitting in the casual tea room. If you order a bowl of matcha, it will be skilfully whipped at your table to a frothy perfection resembling a top-notch Italian cappuccino. 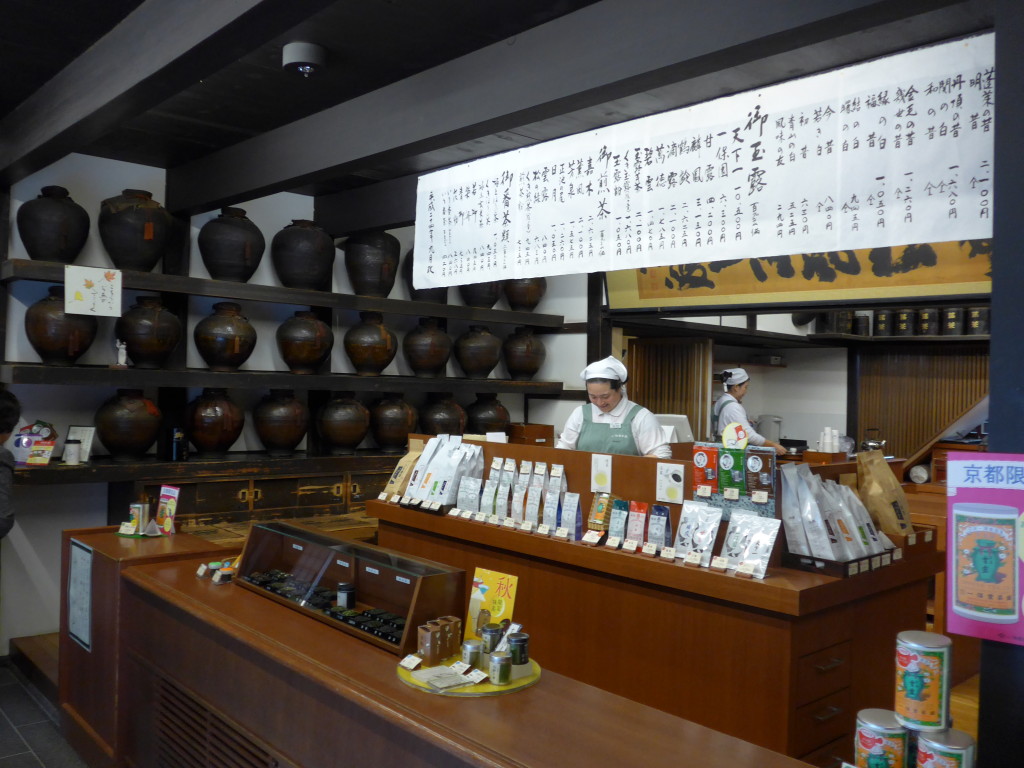 A wide range of japanese sweets and snacks accompany the tea at Ippodo. Originally named kaiseki, these were small dishes served during the tea ceremony to nourish its participants while enjoying their tea. I tried the Kyoto-style matcha with a kaiseki rice snack made of sweet sticky beans. The first sip of this dense wheatgrass green potion is a shock for even the most avid tea drinkers. The dose of matcha is higher than usual adding to just a tiny amount of water poured on it, so it drinks like a thick grassy and bitter paste. The mouth recovering snack is really needed when trying this traditional Kyoto style matcha! It comes as a relief that after two gruesome sips, more water is added, finally creating a more palatable drink. Extremely high in caffeine, it will surely sustain your energy for the rest of the day walking or cycling around town. 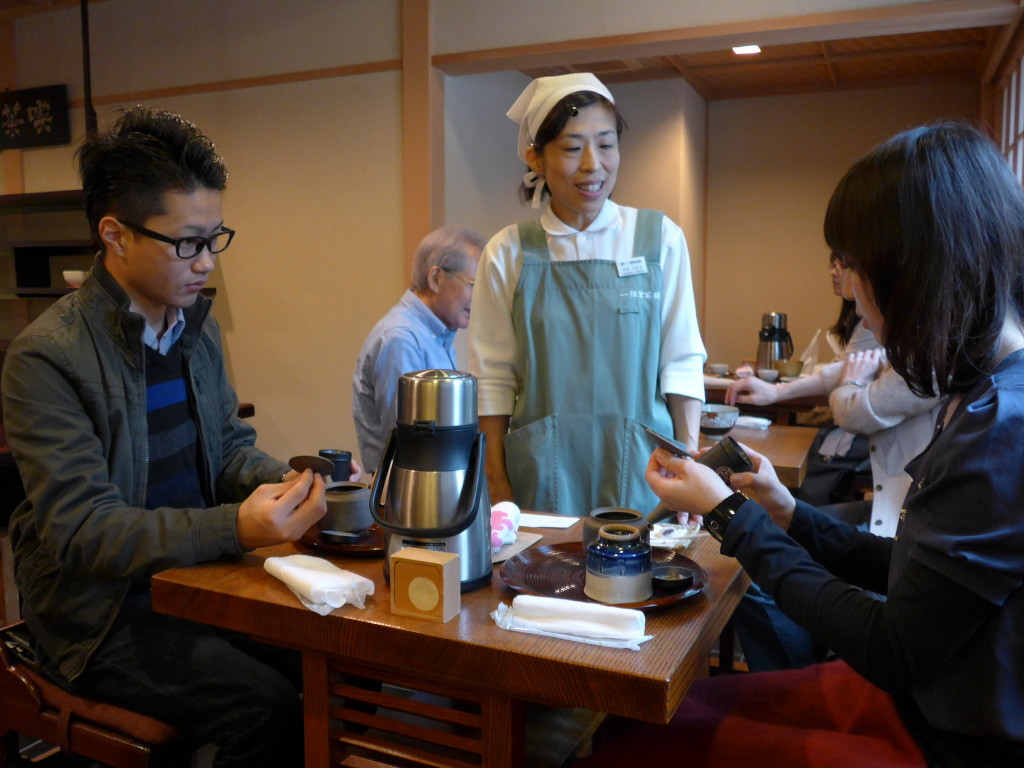