Perhaps, one of the most unlikely locations for a tea house, with the exception of a desert, but Monaco indeed has its own “chashitsu” or tea house in English and “la maison de thè” in French. There is no tea served here, what a shame (as I would gladly take over with my tea utensils from Japan and my familiarity with the Japanese tea ceremony), yet it is a meditative nature revering area calming one’s overstimulated senses by bringing solitude. Harmony graces your soul when you fully emerge yourself into its neat space. 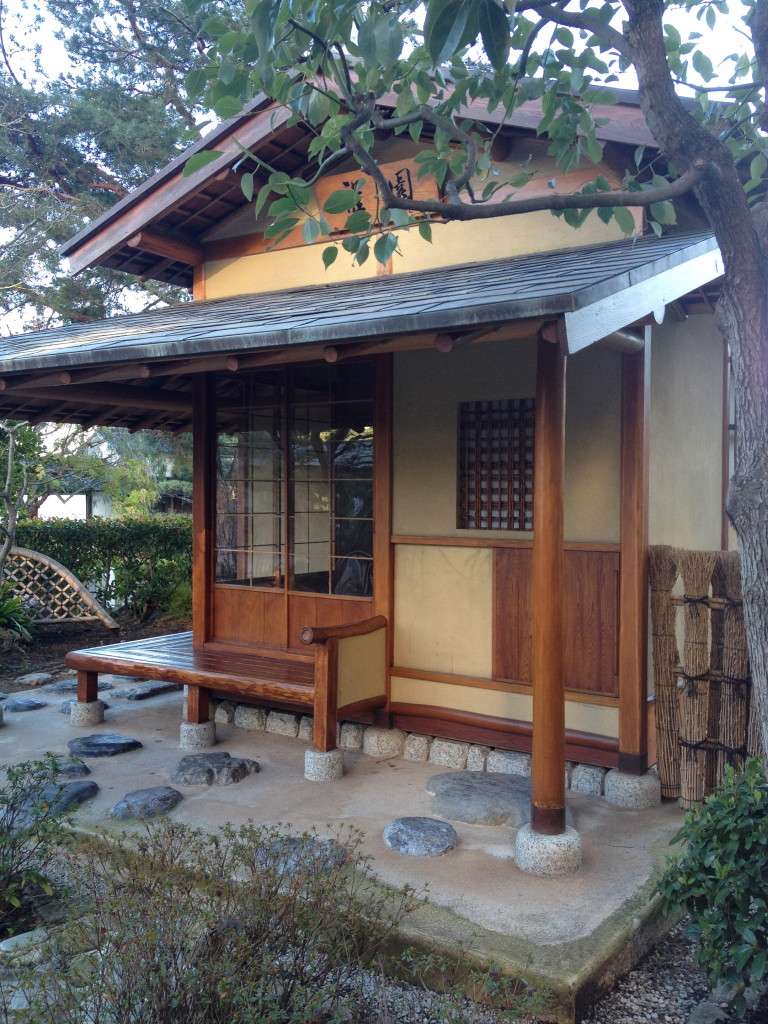 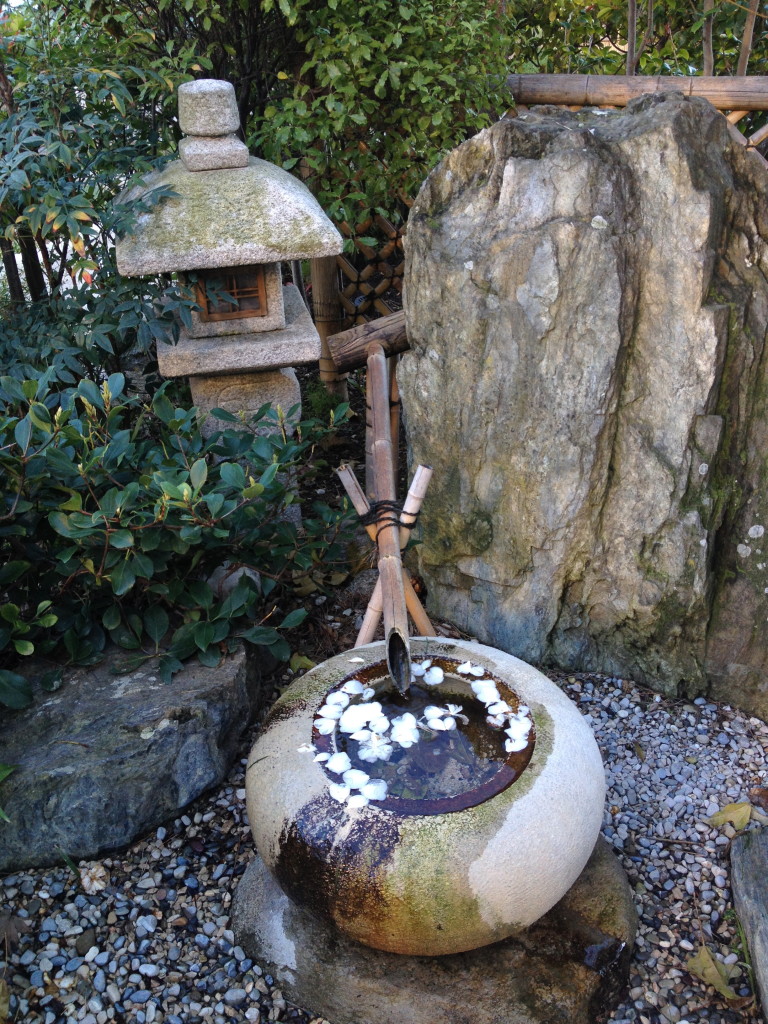 Treasured inside the Japanese garden, built as an homage to the late Princess Grace of Monaco, and baptised as “The Garden of Grace” after her, the Japanese tea house (“chashitsu“), it was built entirely from natural materials according to the voluntary precepts of Sen Rikyû, the inventor of the principles guiding the tea ceremony in Japan.
Entering through a low gate (“cha-mon“), that since you have to bow while passing through inside inspires humbleness, the Japanese tea house transfers you into a peaceful oasis in the midst of the busy, by construction besieged Monaco. It is so small, that you naturally walk with small steps, slowing your pace down. A decorative stone lantern by the entrance to the Japanese garden is called Tõrõ and was once used for candles offered to the gods. It is carved out of the local stone from the Var department in South of France. 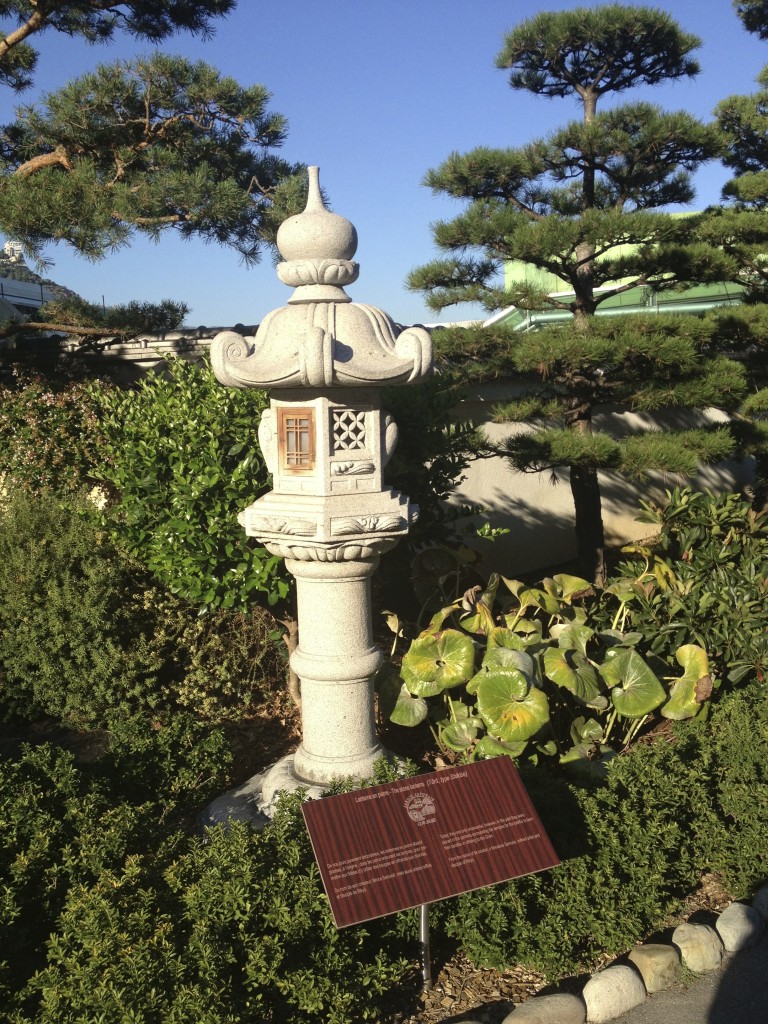 The five water stones (“tsukubai“) with a fountain pouring fresh water to purify your mouths and hands before entering the tea house itself was also fathomed by Rikyû.
Sen Rikyû, was the first japanese tea master that institutionalised Japanese tea ceremony. Tea was brought to Japan by Buddhist monks from its cradle in China and especially the green tea remained popular since then. There are other strands of rules guiding the tea ceremony elsewhere including Japan, but Rikyû has always been the most respected one.
The ceremony and the space incites harmony between the guests, the host and the tea utensils, that ultimately spurs respect for each other. An attainment of physical and spiritual purity leads to peace. 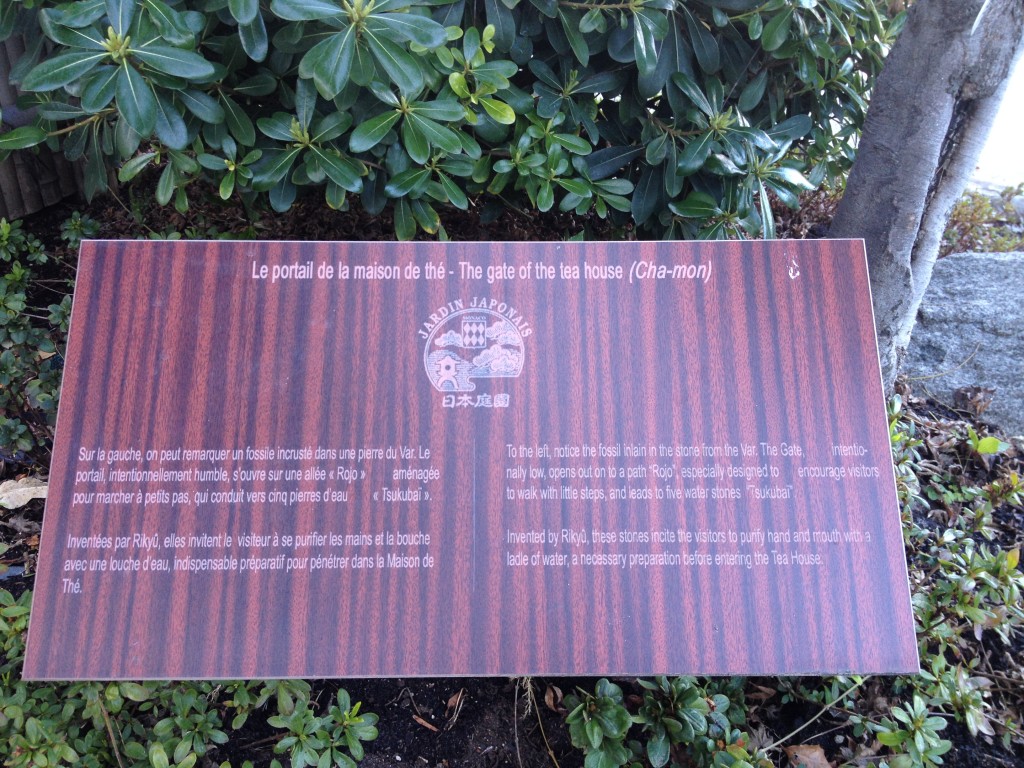 The Japanese tea house in the heart of Monaco invites its visitors (through its French and English panel descriptions) to slow down and enjoy the beauty of this alluring location on the shores of the azure sky brightness and glistening Mediterranean sea. It cannot be more glamorous!