The precise and thoughtful movements of a Japanese hostess or a tea master when performing traditional tea ceremony, known in Japan as Chanoyu, have highly spiritual as well as psychological value to all participants. 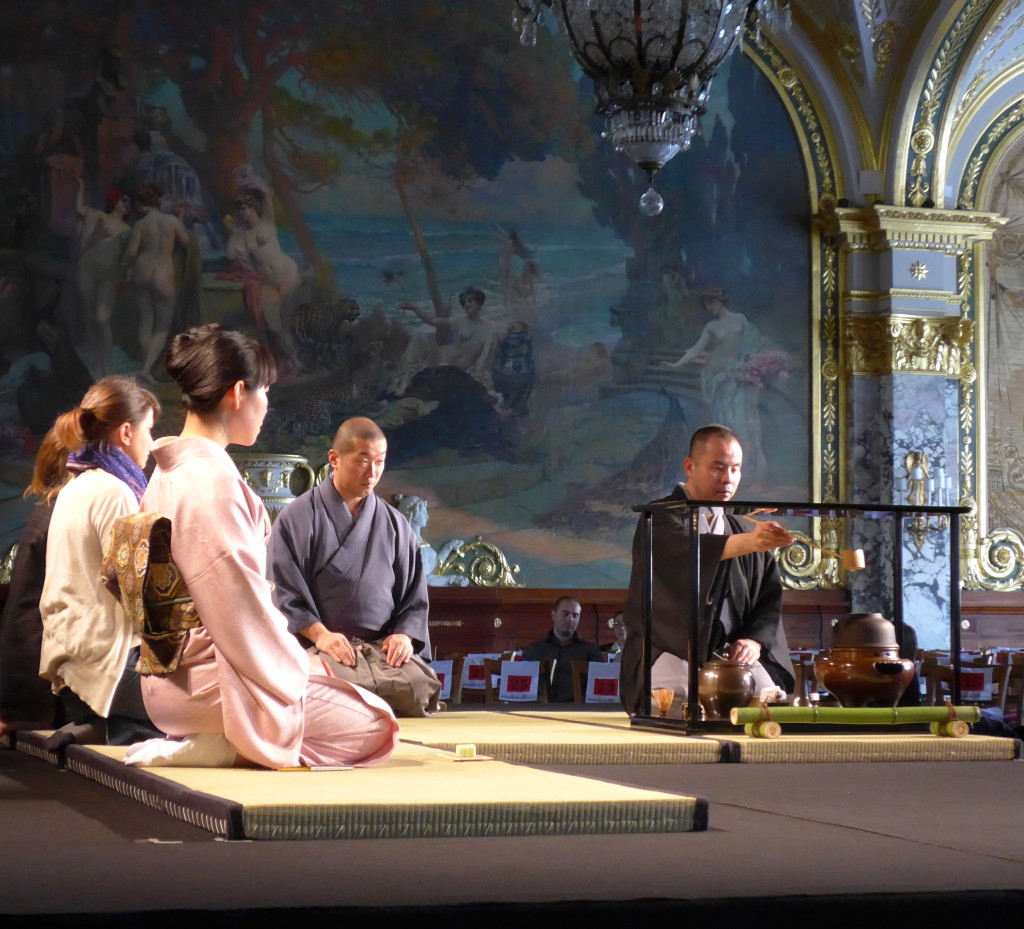 The gentle strokes of a Japanese woman during the Ikebana flower arrangement, the bows appending the fragrant incense as well as the mind-refreshing tea ceremonies have a common ground – they are all manifestations of the asian Zen philosophy.
Anyone who has visited the Zen temples in Japan can comprehend better the underlying concepts of these for lay people seemingly unimportant tasks – the peaceful movements, the humility and self-less manners. Calming and impactful, these all stem from the same root:
Balancing one’s mind in order to be in harmony with nature (our surroundings) is the ultimate goal of these activities. 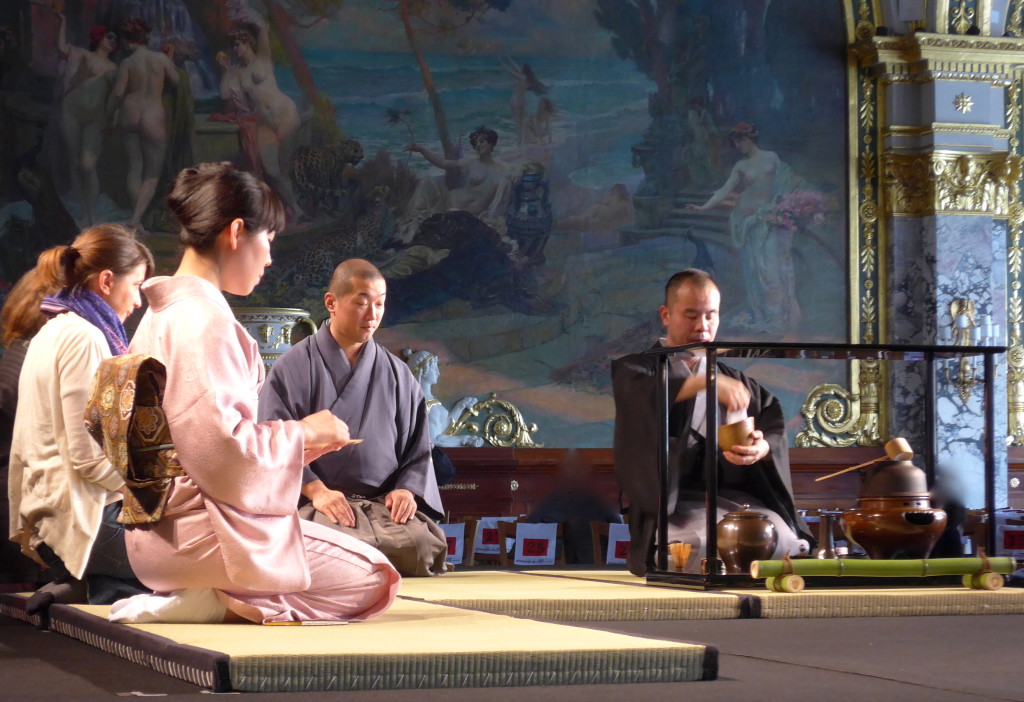 Monaco has a significant Japanese presence. Many visitors and locals alike enjoy a stroll in the principality’s seaside Japanese garden, and some stumble upon the charming bamboo shelter tea house. There are more inspiring asiatic activities taking place though. Throughout the year, the cultural muscle of Monaco exercises its clout during manifold multi-disciplinary workouts. Printemps des Arts being one of the most challenging and vigor-showcasing acts of all. 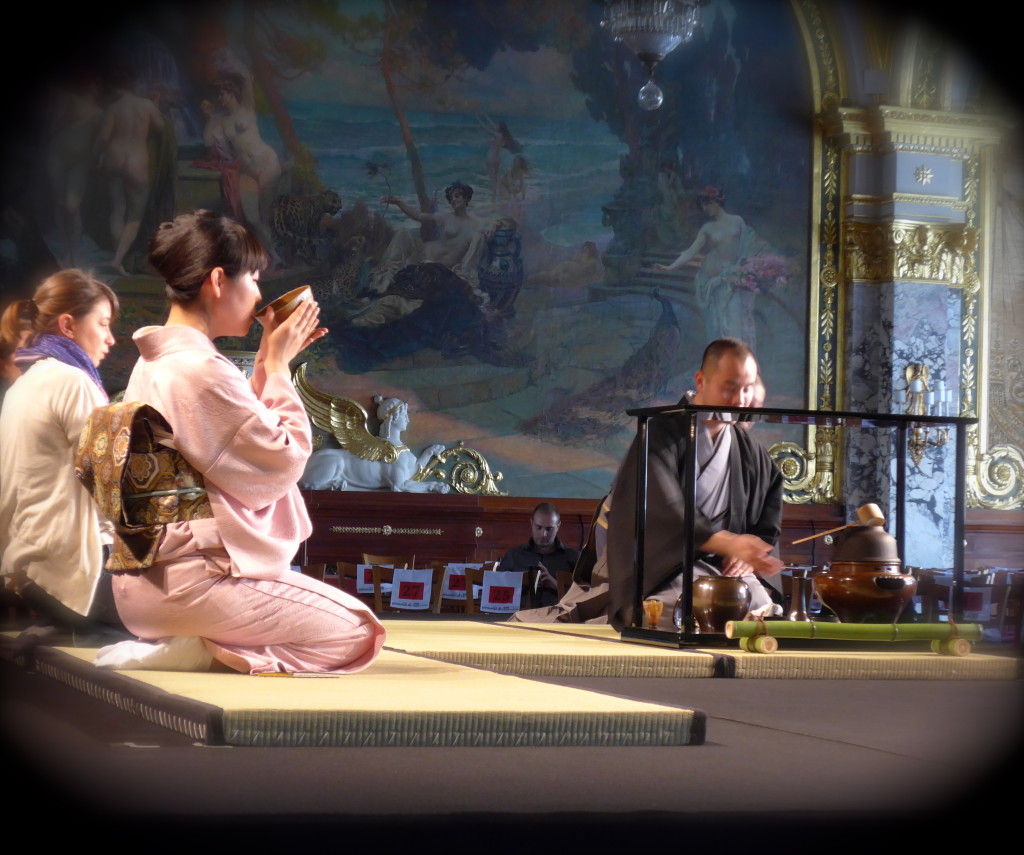 The Chanoyu Japanese tea ceremony was performed this year by a tea master So-oku SEN inside the Monaco’s iconic Hotel du Paris. What was the most striking to my highly perceptive eyes was how the delicate colours and gentle gestures depicted in the gigantic French murals adorning the walls of the Salle Empire blended unanimously with the ceremony itself.
It was a Zen marriage of two genders – one of the French origin while the other was Japanese. 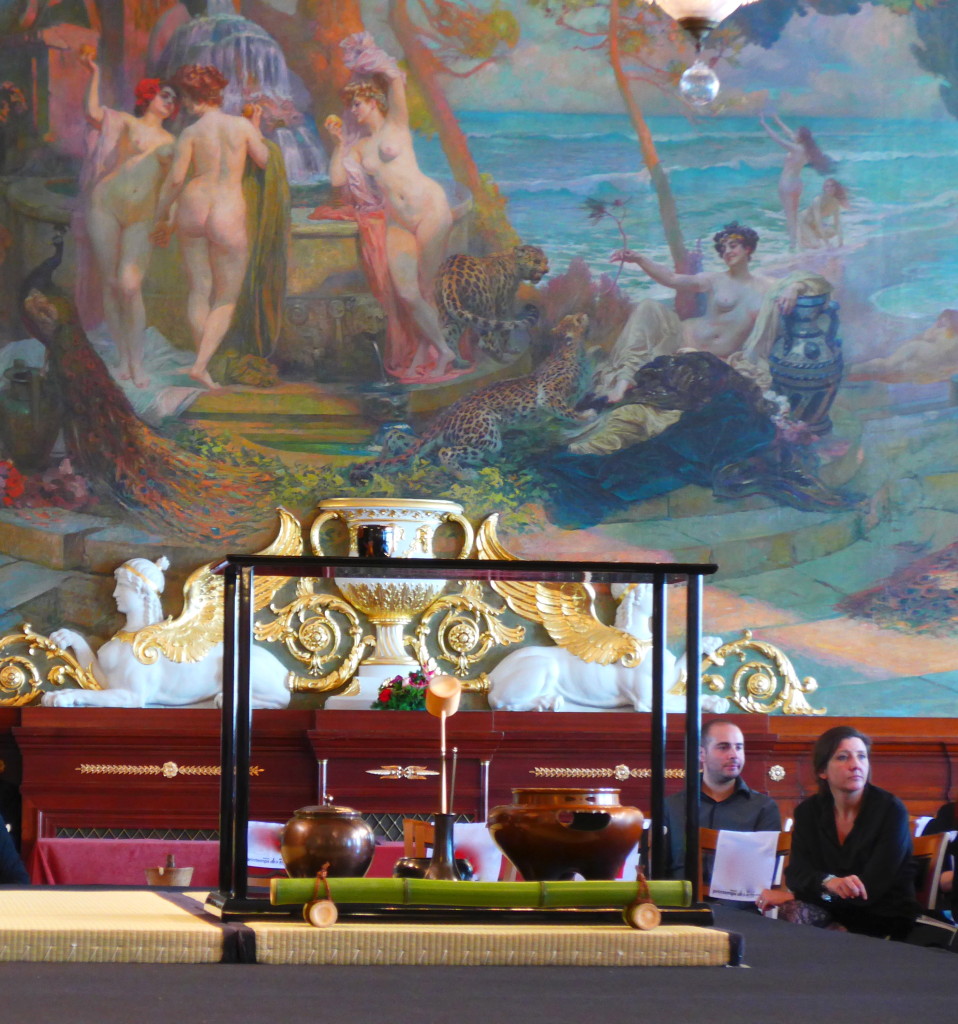 There are many traditional as well as forward-thinking tea schools dusted across Japan. One of the later is the adaptive Printemps des Arts that was established by Sen Ichio Soshu, the first tea master of Mushakouji Senke, who opened the tearoom Kankyuan in Kyoto in 1667. This was located on a street called Mushakouji, hence the school’s name. So-oku SEN is the 15th tea master of the Mushakoji-Senke school.
So-oku SEN designed his own Ryu-re style (Western seating) table since his approach to tea ceremony is more relaxed. It doesn’t have to be rigid and formal. He sees the future of the tea ceremony in embracing the art of tea in everyday life. 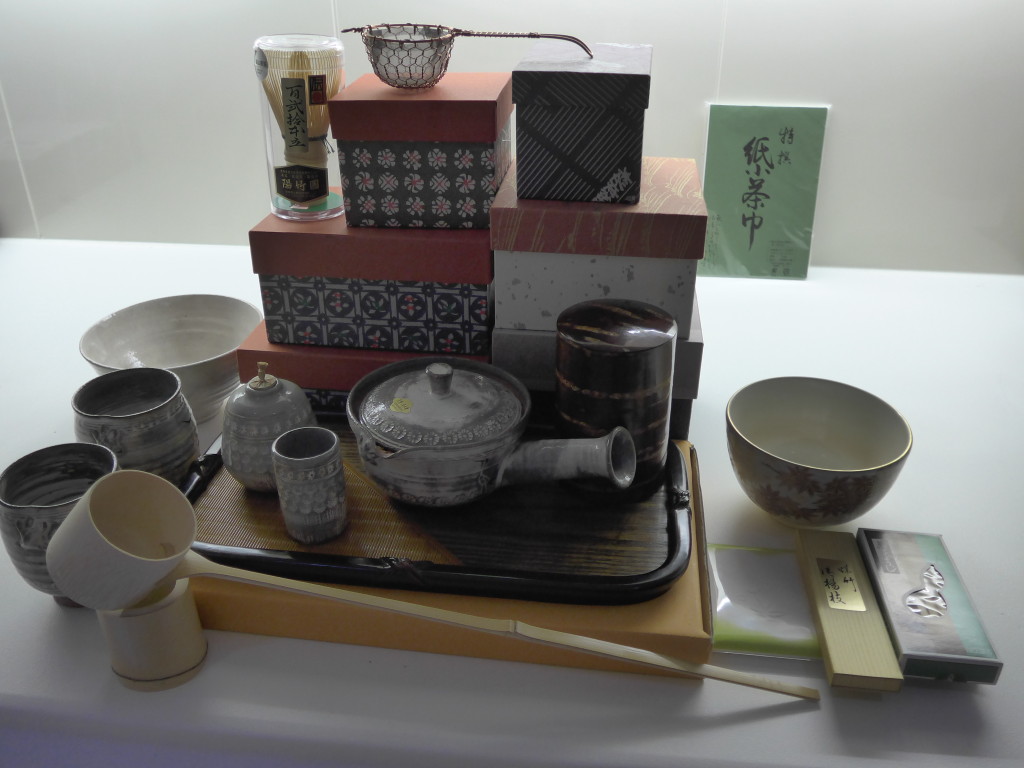 Attending the Japanese tea ceremony inspired me to acquire my own Japanese tea utensils when visiting Kyoto. Top left is a bamboo tea whisk called chosen, next to it towers a fine sieve to refine the matcha tea powder, on the right wrapped in green tissue are cleaning tissues for a matcha tea bowl. The ceramic bowls for matcha are on the left hiding behind the tea cups for regular leaf tea, and on the right with the leaf print facing you (the guest) as it should during the tea ceremony. In the forefront rests the bamboo ladle to transfer warm water into the tea bowl. On the tray are the handmade ceramic sweets container for the Wagashi (sweets) served after the matcha is drunk and a precious cherry wood box to keep special tea unaffected from dust, humidity and environmental aromas. 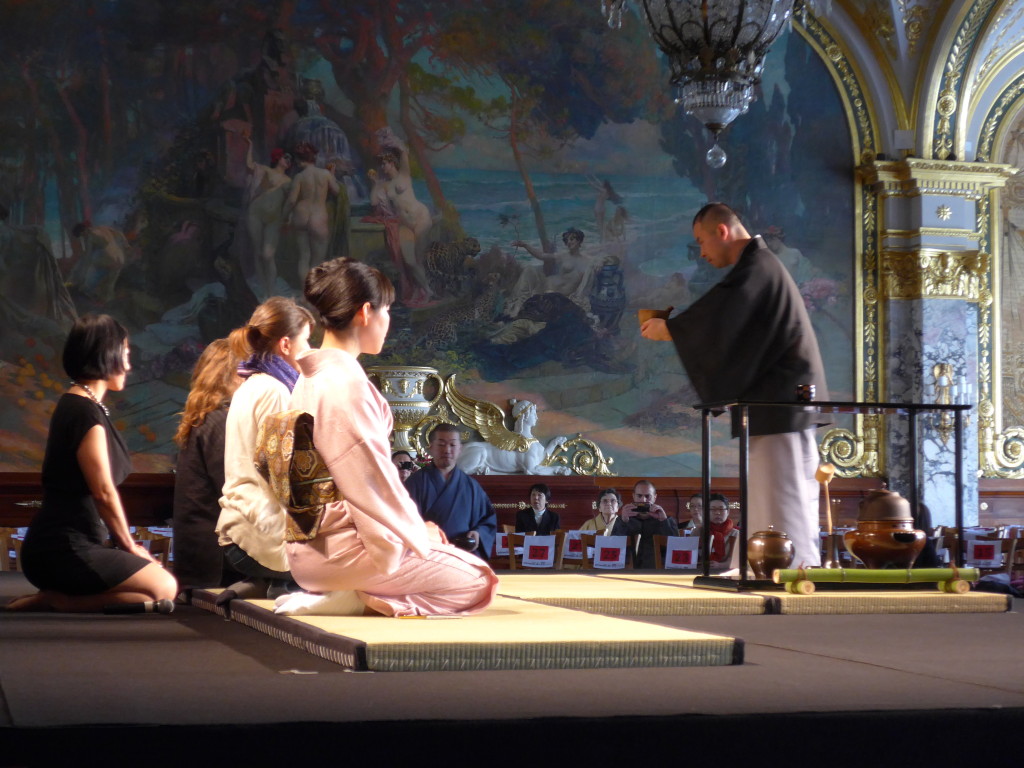 The Zen way of thinking permeates all traditional Japanese arts, crafts and the original way of thinking. Modernisation of the country undermined significantly these generations-influencing values, but luckily there remains not only hope but also dedication and fascination with Japanese culture of some of its caring citizens. Chanoyu remains one of the iron-fisted guardians of the Japanese zen lifestyle.