As I savoured yet another bottle of the peachy Prestige Rosé with lunch at my favourite Le Club 55 beach, I discovered my fondness of this elegant, delicate and gently exotically perfumed wine.

At the imposing Greek-style built Bertaud Belieu winery, Leonardo DiCaprio hosted an intimate charity dinner for the St.Tropez glitterati to sponsor his environmental foundation. Joined by the hyper-activist for anything good, Bono, they were staged to impress − the wine is very good for a Provençal breed. 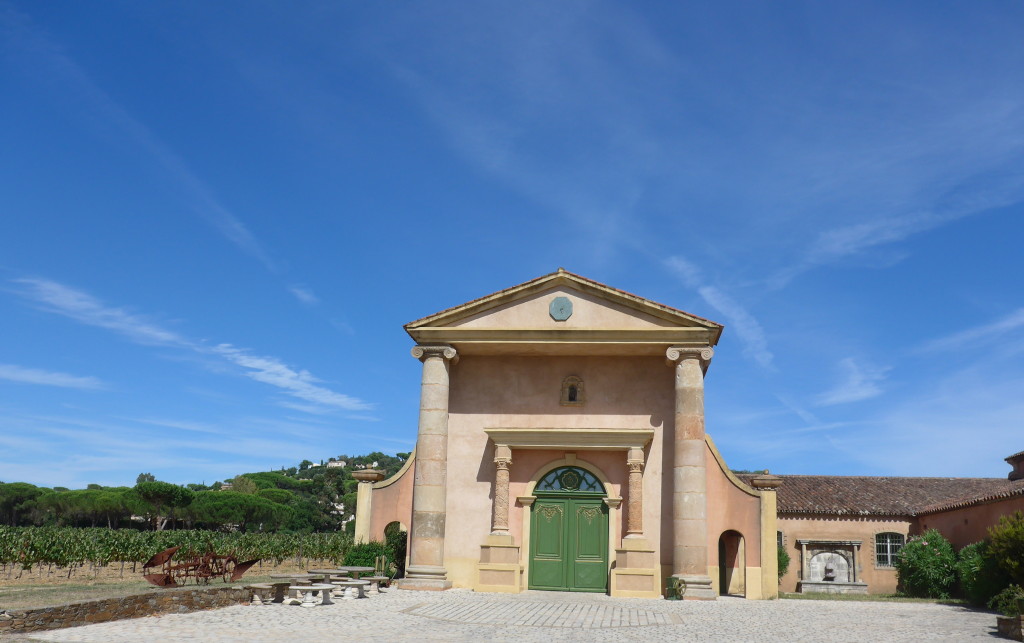 Its prestigious location near the shores of Saint-Tropez still puts trumps into the cards of the Bertaud Belieu winery, yet its wines could win the game based on their own brain power. Despite the winery’s frequent changes in the ownership, with the current proprietor being of a Kazakh origin, the winemaker remained the same as the guardian angel of consistency. 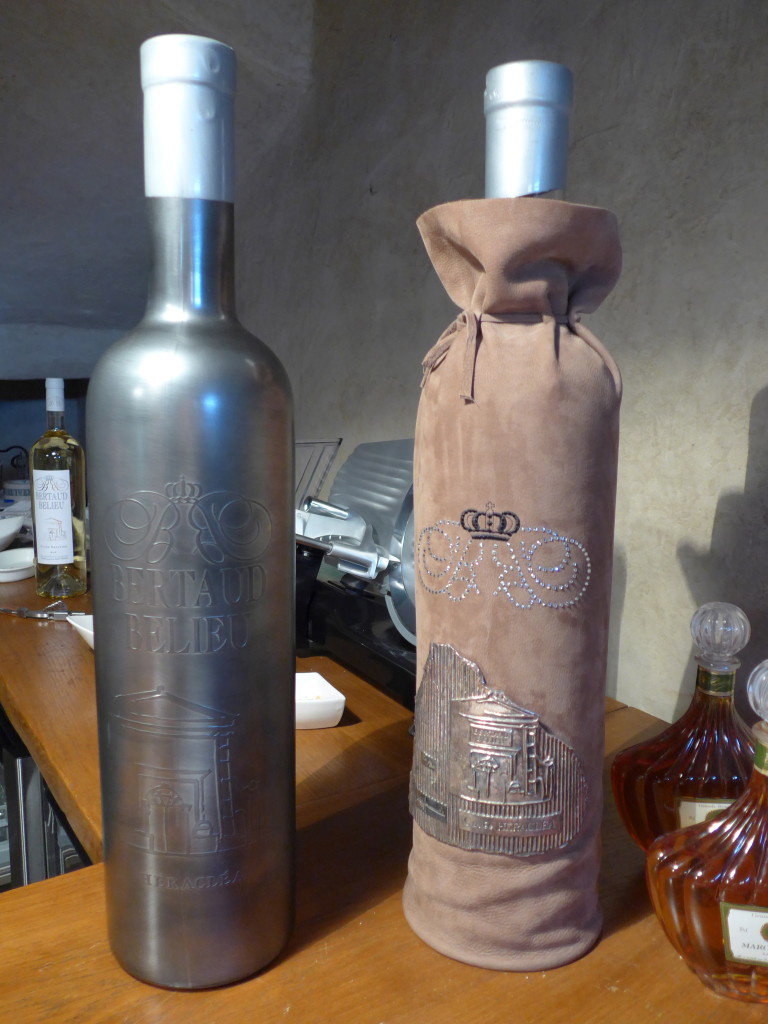 The name of the winery comes from the petit river Bélieu that flows casually through its vineyards. Bertaud was the founding family of the estate and when it was purchased by the nearby domaine of Bélieu, the names were joined together.
Although some of the bottle wrapping at Bertaud Belieu now shouts ‘glamour!’, the prices are not as over-ambitious as the wines from the currently hyped-up Château d’Esclans.
Covered in a fancy silver coat and a suede pouch with the winery’s logo set in gleaming crystals, the newest rosé added to the portfolio – Héracléa, fetches €18 at the winery. A bottle of our favourite Rosé Prestige comes at €12, which is not a bargain for a young wine that should be consumed in its first two years of life, but the joy from it equals for me a double of its cost. 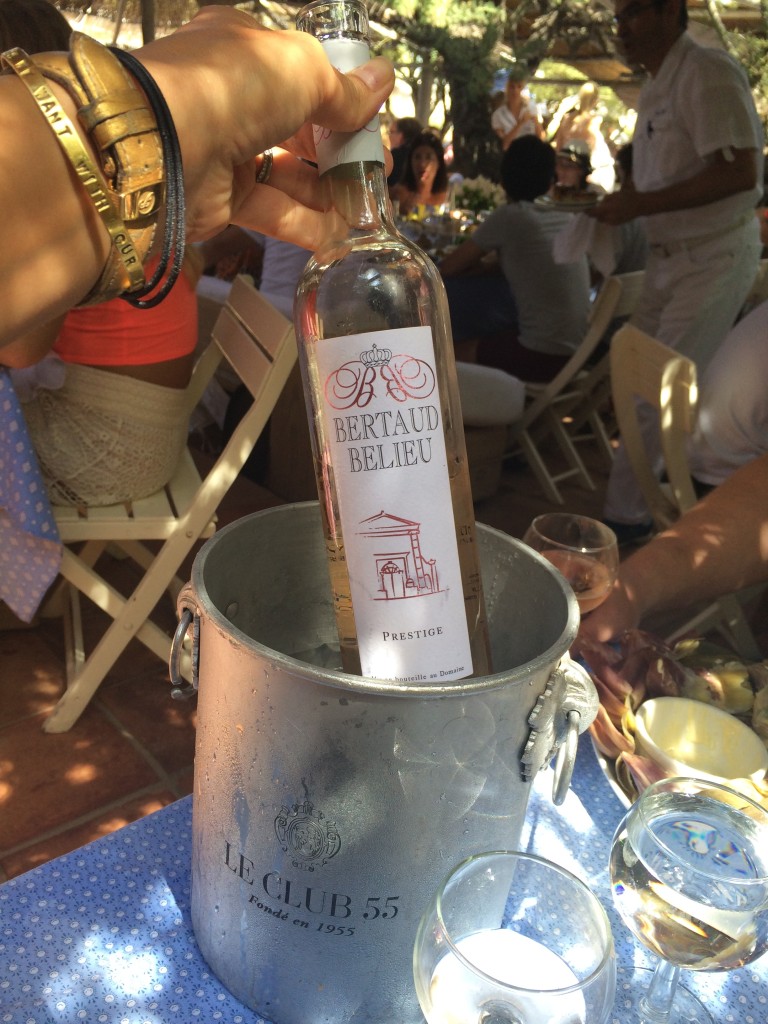 As I savoured yet another bottle of the peachy Prestige Rosé from Bertaud Belieu with my lunch at my favourite Le Club 55 beach, I discovered my fondness of this elegant, delicate and gently exotically perfumed wine. It was made by grapes skin contact with the must during a cold maceration just after desteming (method typical for Côtes de Provence rosé wines). Its charming freshness easily distracts me from the people watching in St Tropez. 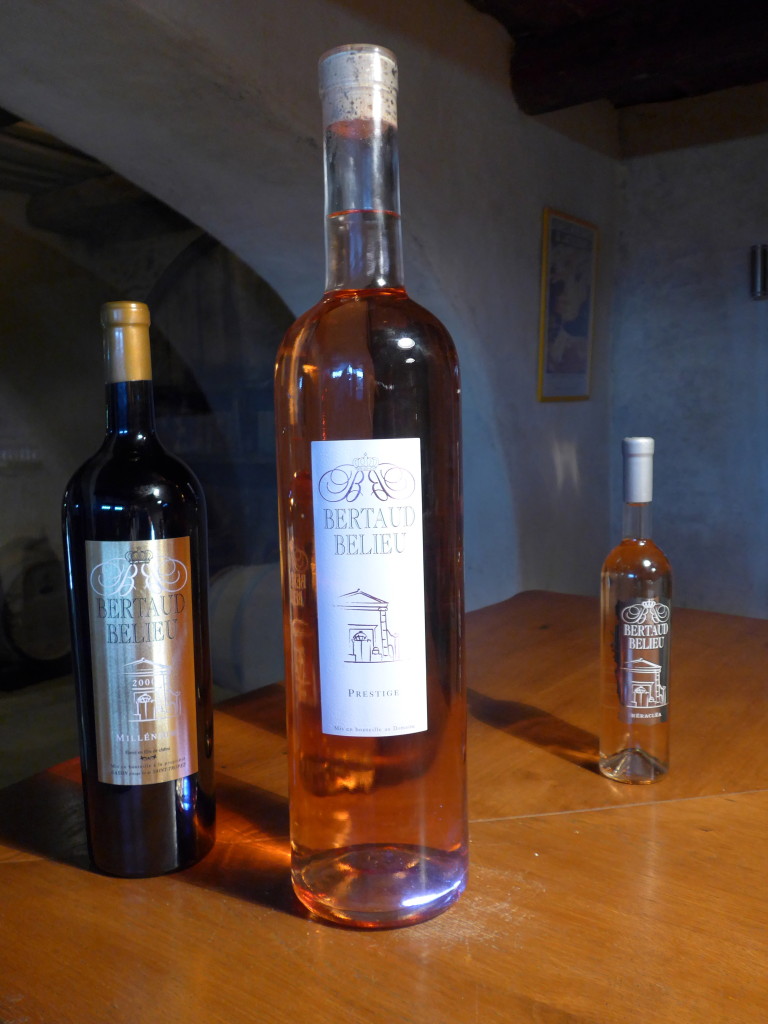 The rosés of Côtes de Provence in general are blends of Grenache, Cinsault, Syrah, Mourvèdre and locally distinct Tibouren. Héracléa has a more masculine character owing to a higher percentage of Grenache in its blend. Yellow peach pulped up by apricots and acacia honey stickiness create a flashy yet elegant body.
The domaine produces mostly rosés as most of its neighbours, but about 20% of its production are whites, reds and even a sparkling white and rosé table wine. Their reds were not my preferred glass of wine, but the white oaky and exotic Chardonnay brought a farm-raised Bresse chicken with cream sauce a la Georges Blanc‘s grandmother recipe to my, by-flavours-obsessed, consciousness. It would pair wonderfully. The Chardonnay can be designated only as a ‘Vin du Pays‘, while the other white wine made from the locally-approved Rolle (Vermentino) carries the AOC Côtes de Provence label.
The winery produces also a spirit called Marc de Belieu, Grande Réserve Cesar. A powerful, grape-based companion to gentlemen’s cigar soirée. 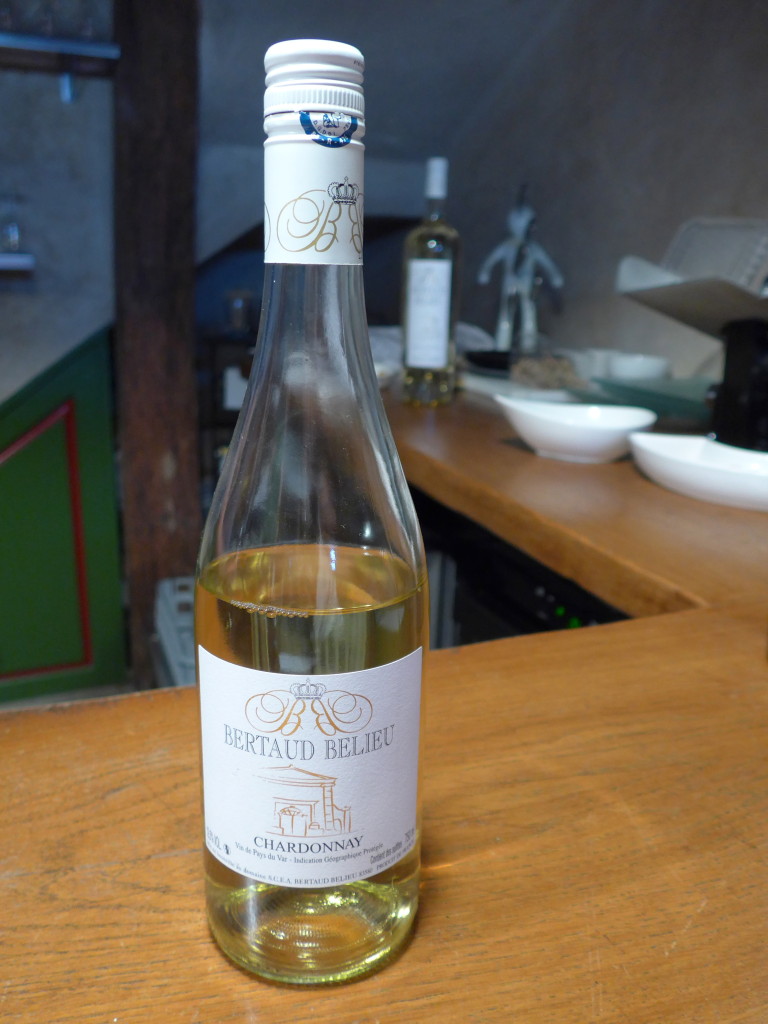 The vines of Bertaud Belieu are grown on clay and limestone soil. Nighttime harvest preserves the cherished youthful freshness and protects from pre-mature fermentation of the grapes. Not a humble production of average 300 000 bottles per year secures the wines’ wide presence on the Riviera’s tables.
Art meets wine at Bertaud Belieu, with frequent exhibitions of contemporary artists’ works at the tasting room. 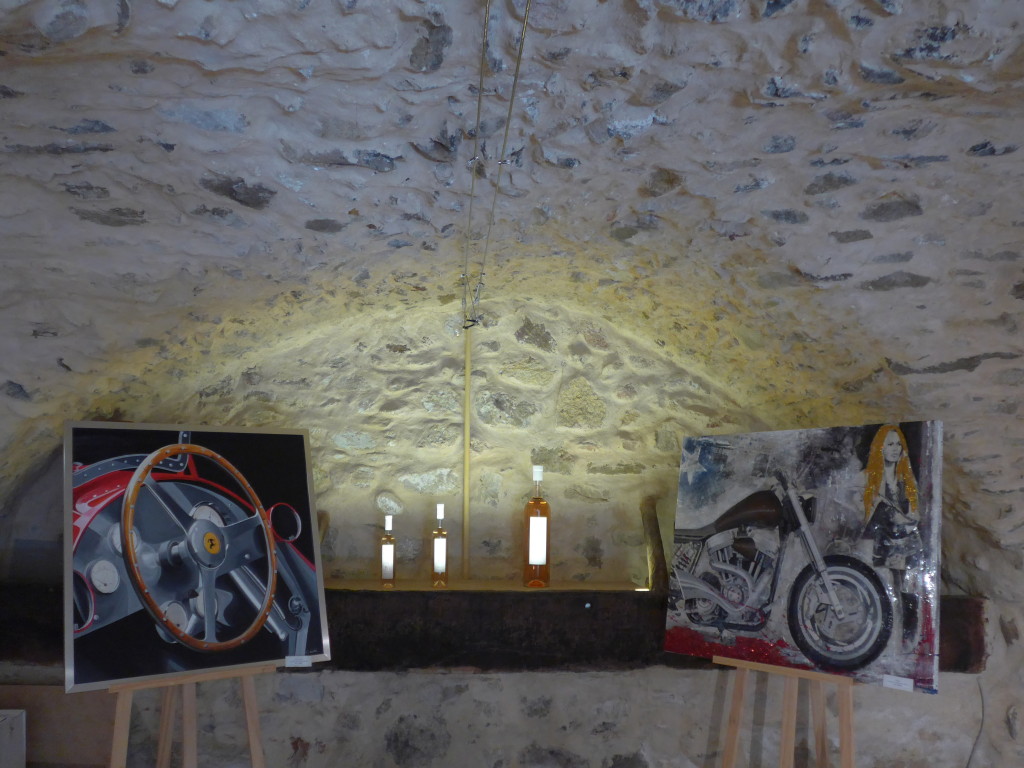