As the new visitor centre at the Joseph Phelps Vineyards flowers up in the backyard of the old redwood winery, its time for a little nostalgia. With its first 1973 vintage, the Spring Valley property has swirled on the roller coaster of Napa’s successful boom like the Heitz, Caymus, Mondavi, Stag’s Leap and other vintners with a cheerful spirit in the California’s post hippie era. The 600 acre ranch that Joe Phelps bought near to a charming town of St. Helena breaths a verdant carpet of vines as they run over the mellowly rolling hills.
However tranquil and charming it seems though, because of the Joseph Phelps winery’s well-deserved reputation, further uplifted by its 2002 Insignia titled as the “Wine of the year” in the annual Wine Spectator’s pick of Top 100 global wines (R. Parker gave it and the 1991, 1997 vintages full 100 points!), and ever-increasing popularity of Napa as a tourist destination, the weekends and late summer season in particular, turn the sunny terrace into a buzzing wine bar with chirping drinkers lounging in deep chairs set up for them. 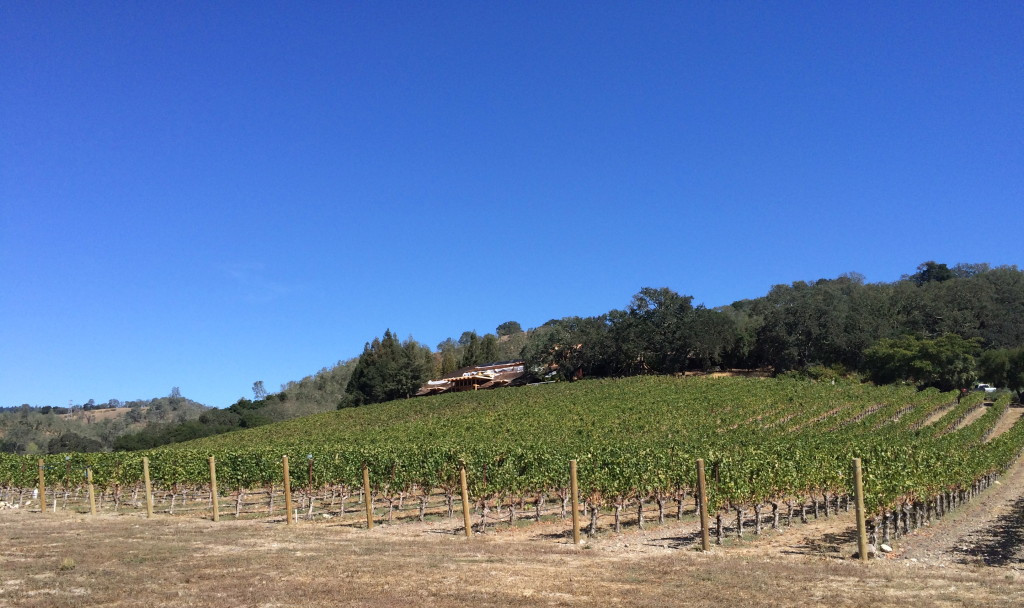 The now sprawling winery is in no way a one’s man business as its name can suggest. Four winemakers (two female) and a French-born viticulturist in charge of the vineyard operations are responsible for the viticultural expert side of the business. Its founder, owner and the former Chairman Joe (Joseph) Phelps stepped down in 2005 after over thirty years in his winery’s helm, handing the day-t0-day running of the property and presiding over the vineyards to his ex-lawyer son Bill. The new generation was heralded with an opening of a new winery in 2007 Sonoma. 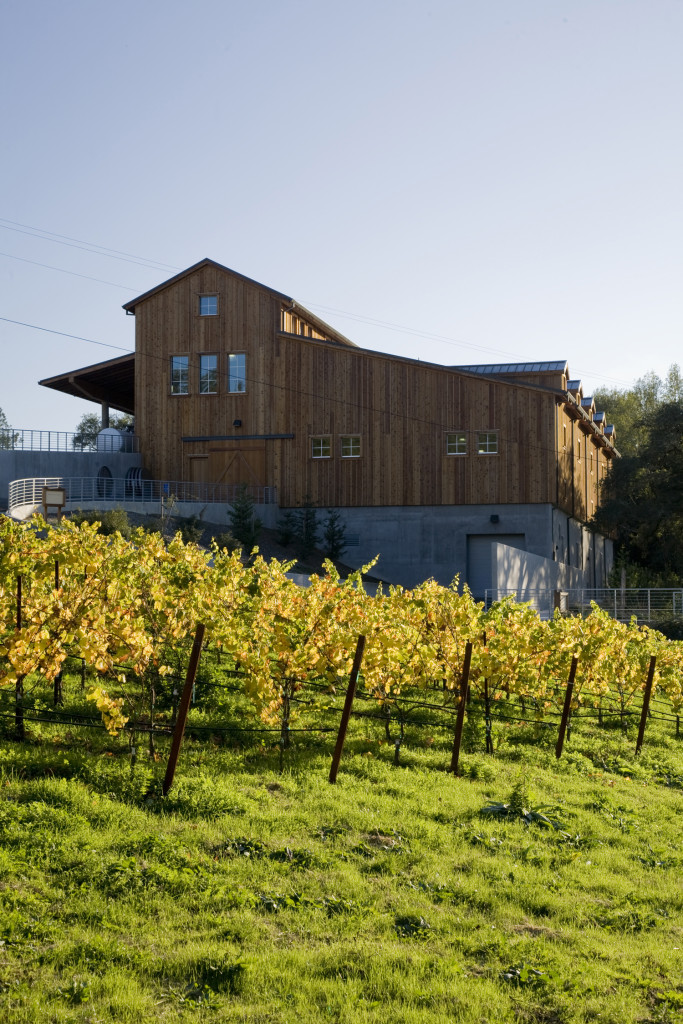 The Firestone winery not only widens the portfolio of wines produced under the umbrella of the Phelps family, but its cool climate and also immensely diverse soils of the Pastorale and Quarter Moon Vineyards, allow for the two Burgundy varietals grown there – Pinot Noir and Chardonnay, to shine.
Biodynamic and sustainable farming together with gravity winemaking assist in creating terroir distinct wines that in a very short time attracted praise from the most distinguished critiques. Natural humidity and temperature control in the underground cellar pinpoint the winery’s environmental credentials. The Green approach is furthered by embracing biodynamic vineyard practices that include pesticide-free natural treatments. Recycling of the packaging, corks, and office material has become a daily routine. 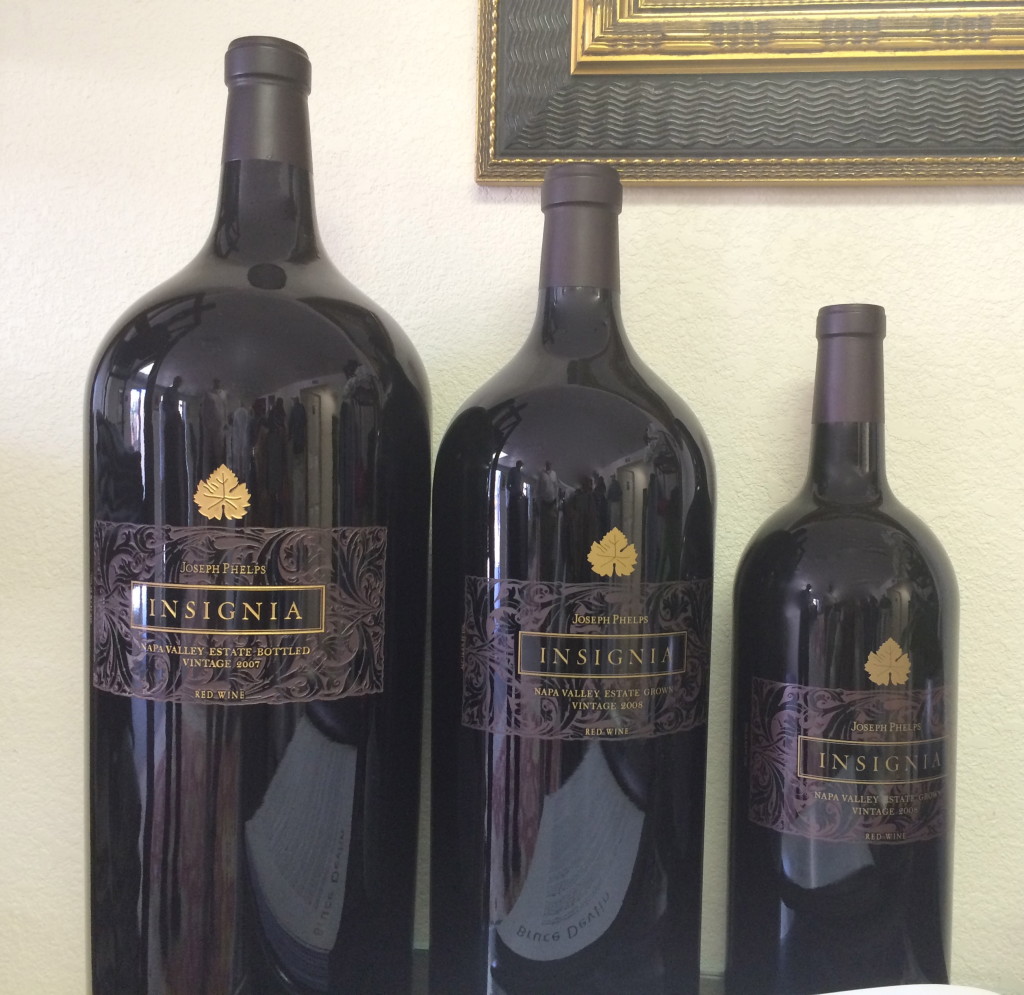 The iconic Insignia wine by Joseph Phelps Vineyards gained a historic status symbol since it was the first proprietary Bordeaux blend released in California. This full-bodied wine aged for 24 months in new French oak is made from the best crops of its five red varietals – Cabernet Sauvignon, Petit Verdot, Malbec, Merlot and Cabernet Franc grown at six Napa estates (all of their own since 2004). Parker described his three 100 points scoring vintages with these notes:
“1991 – white chocolate, crème de cassis, spring flowers, liquorice and a touch of graphite. Magnificent in the mouth with an opulent and voluptuous texture, and not a hard edge to be found, it reveals mind-boggling purity and vigour.
1997 – bouquet of violets, charcoal, crème de cassis and a hint of toast, opulent and full-bodied.
2002 – A juicy American Cabernet blend with aromas of graphite, violets, blackberries, crème de cassis and hints of charcoal and barbecue in addition to a full-bodied, multilayered mouthfeel that builds incrementally with great purity, staggering fruit concentration, and a long, velvety, 50+-second finish.”
This vintage also marked the beginning of above 14% alcohol succession of vintages for Insignia. 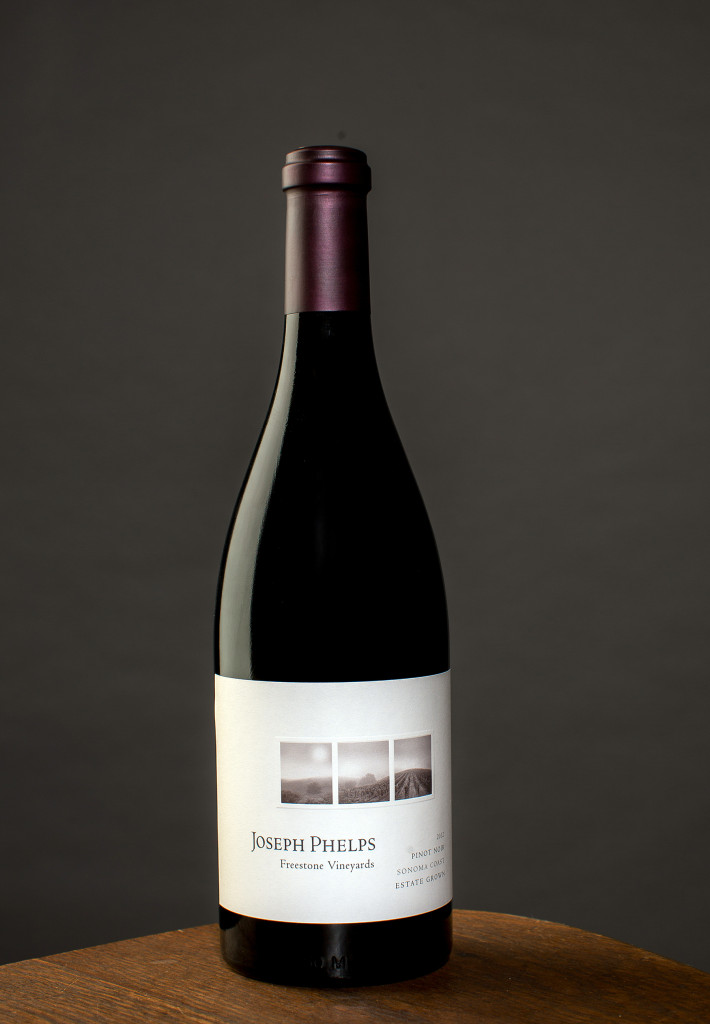 The Chardonnay made in Sonoma’s Freestone Vineyard, despite being only recently planted (during the new millennium) already shows a captivating complexity. Stone fruit, white flowers, mineral and rocky aromas with refreshing citruses balance its creamy texture and toasted nutty flavours from the 14 months of the French oak barrel ageing. An earthy, spicy, black cherry jammy, and mineral Pinot Noir is made also in this cooler coastal region only six miles from the Ocean. The latest vintages of both Sonoma bottlings are already overshadowing the Phelps’ Napa beauty, and have been recently scoring even better than the Insignia.
Joe Phelps’ dream of creating wines in Burgundian style finally materialised and once all of his wines were estate-grown (2004) he could happily retire to travel the world. 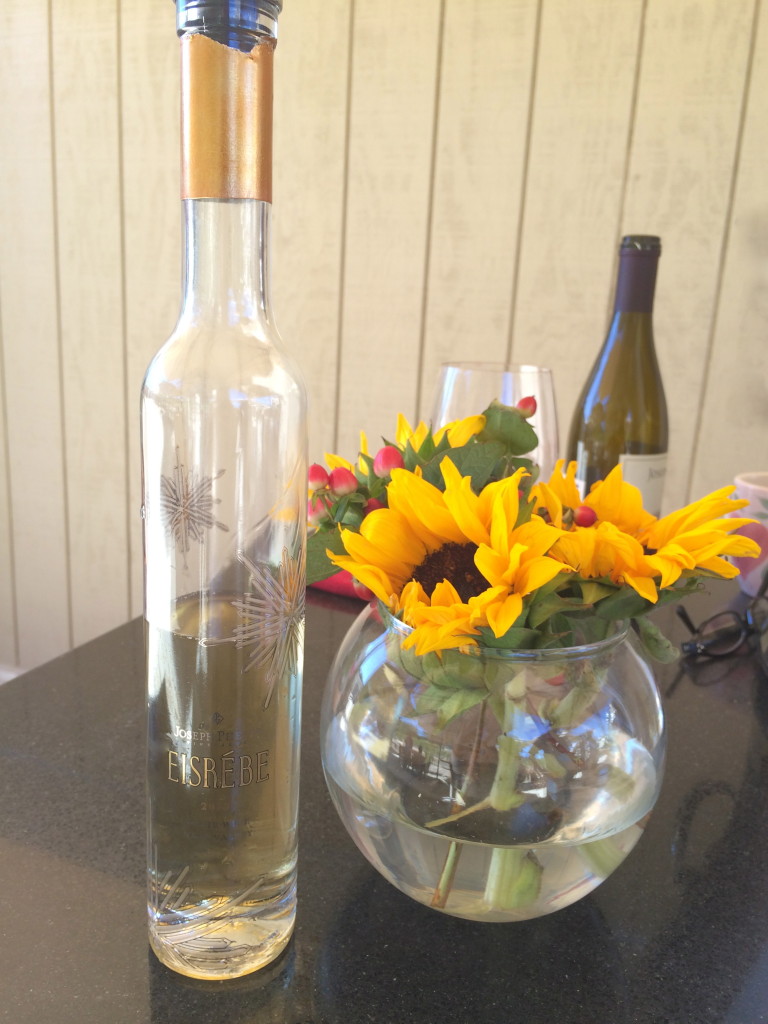 A sweet ice wine Joseph Phelps Eisrébe made from the ranch estate grown Scheurebe grapes did not wait until the first frost hits Napa, but the grapes were after picking frozen to minus 5 Degrees Fahrenheit and then slowly pressed. A concentrated sweet juice that is converted into about 8%Alc. dessert wine (24.4% residual sugar in 2013 vintage) is popular with the locals and ladies with a sweet tooth. Honey, apricot, marmalade, vanilla and tropical fruit aromas can easily substitute a generous cake.
Current estate vineyards are:
Spring Valley Home Ranch outside St. Helena, Banca Dorada in Rutherford, Backus Vineyard in Oakville, Las Rocas and Barboza vineyards in Stags Leap, Yountville Vineyard in Oak Knoll, Suscol Vineyard in South Napa and beginning with the 2011 growing season, Larry Hyde & Sons Vineyard in Carneros – Syrah.
The winery also makes Sauvignon Blanc, Viognier, Napa Valley  and single vineyard Cabernet Sauvignons and other wines, but the Insignia and the wines from the two vineyards at the Freestone estate I highlighted stand out and will lave their mark in the California winemaking history books. The new visitor centre at the Joseph Phelps winery is scheduled to be open this year (2015) and with its new kitchen it will surely provide even a more enjoyable tasting experience than ever before.
200 Taplin Road, St Helena CA 94574, USA
+1 800 707 5789; +1 707 963 2745
Mon-Fri: 9 am – 5 pm; Sat & Sun: 10 am – 4 pm