The Baldi family restaurants have been appealing to the authentic Italian cuisine fans in Los Angeles for years. It started with the late Giorgio Baldi, the father of Edoardo, who opened a hidden gem near the hills of Santa Monica. Just far enough from the busy ocean promenade embellished by majestic palms and the blue horizon of the Pacific, G. Baldi was a secret beloved by celebrities. While the old restaurant remains open, now the more popular E.Baldi in Beverly Hills continues the family’s Italian legacy. 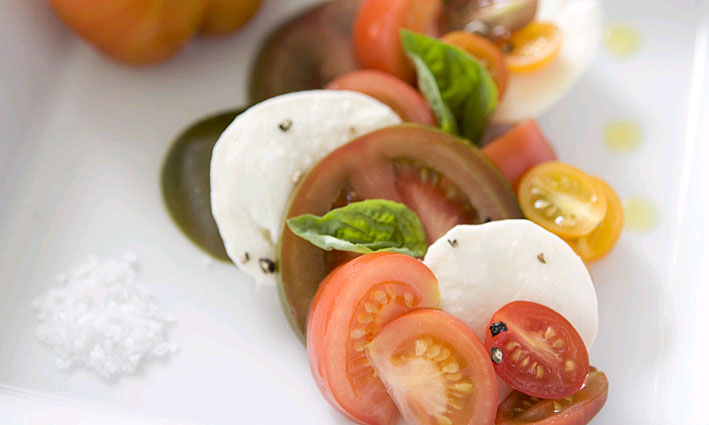 Giorgio Baldi’s interior is sparely lit. The old family restaurant has an aura evoking a whiff of cigar smoke in dark library. Yet, unlike the monastic stillness of libraries, there is a lively human buzz waving through the room. The tweeting discussions at many tables bring this very intimate place to life, but somehow still shield off the romance of the couples sitting on the outskirts. The outdoor tables are shaded from the noisy street and unwelcome spectators by lush bushes. The waiters smile and advise on the menu and wines with such a prowess that it is impossible not to succumb to their charms. E.Baldi in Beverly Hills was opened by Edoardo years later after he worked at the kitchen of his now deceased father at G. Baldi, has a slightly more modern feel. Recently the kitchen wall was replaced by a glass window to lure the eyes of the customers and to further strengthen the connection between the food and its consumption. 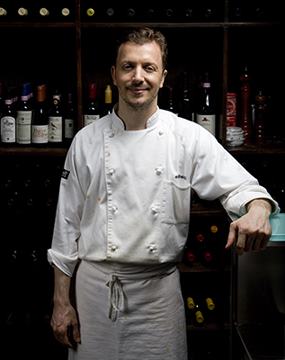 The food, in chef Edoardo Baldi words, is “Nothing fancy, no dishes with too many ingredients and flavors.” And that is how a great Italian food, that most of us love in Europe, is supposed to be. Excellent in its simplicity, high quality ingredients and as fresh as possible. The Baldi’s Italian cuisine borrows from the Tuscan tradition, with a pinch of Emillia Romagna and their take on the evergreens such as the Veal Milanese from Lombardia. The breaded thinly pounded veal cutlet on the bone (cotoletta), ubiquitous on the traditional menus at osterias and more flamboyant ristorantes in Milan, makes the hearts of some diners bouncing like kangaroos racing in the bush. Edoardo uses lamb instead of the traditional veal at G. Baldi for his not greasy breaded chops à la Milanese. At E.Baldi, the Veal cutlet alla pizzaiola with tomato, capers and oregano, is lighter, not breaded. 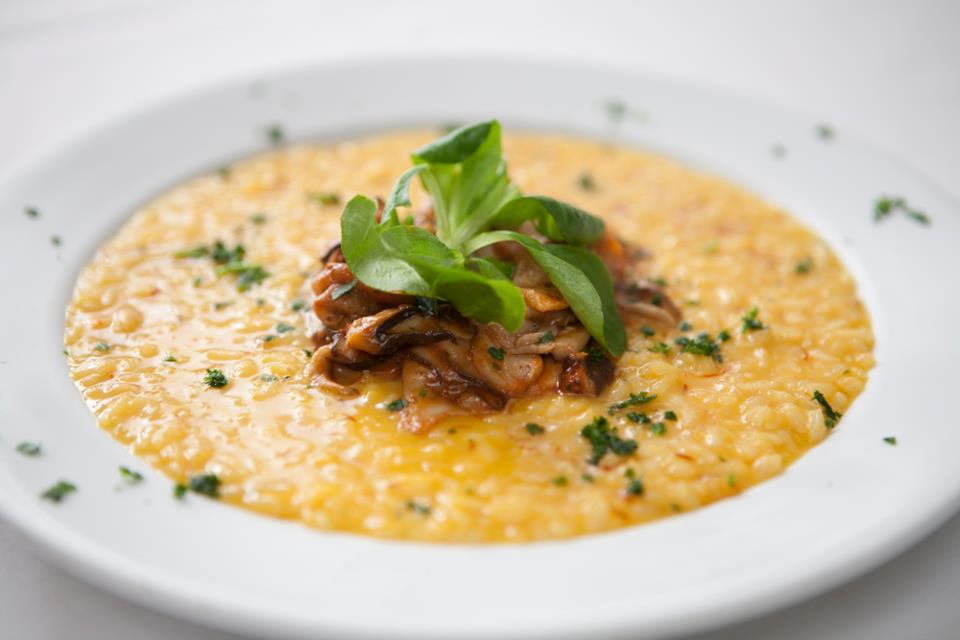 From the starters there are many personal favourites. Our local friends cannot go without the Crostino of polenta with porcini sauce, which truly is amazing. The cornmeal polenta melts like an iceberg in a piercing desert sun and the porcini sauce adds some forest flavour freshened with green herbs. On a similar note are the Fried shiitake mushrooms with pecorino tartufato, aka truffled aged Italian sheep’s cheese. The mushrooms are sliced to leisurely chunks and not oily despite being fried.
If you are in the mood for something lighter, then the Sliced Artichokes with onions, sliced fennel and airy shavings of pecorino or the lean meaty Bresaola with homemade marinated artichoke hearts are both superb. Blended smoothly into a warm vegetable soup, the Passato of broccoli, leeks, topped with porcini is perfect for the typical cool LA night out. Nourishing and healthy, perfect if you need comforting belly pampering. Many regulars include models and figure-conscious hollywood sirens must be grateful for these simple, healthy and compared to most American restaurants small plate options. 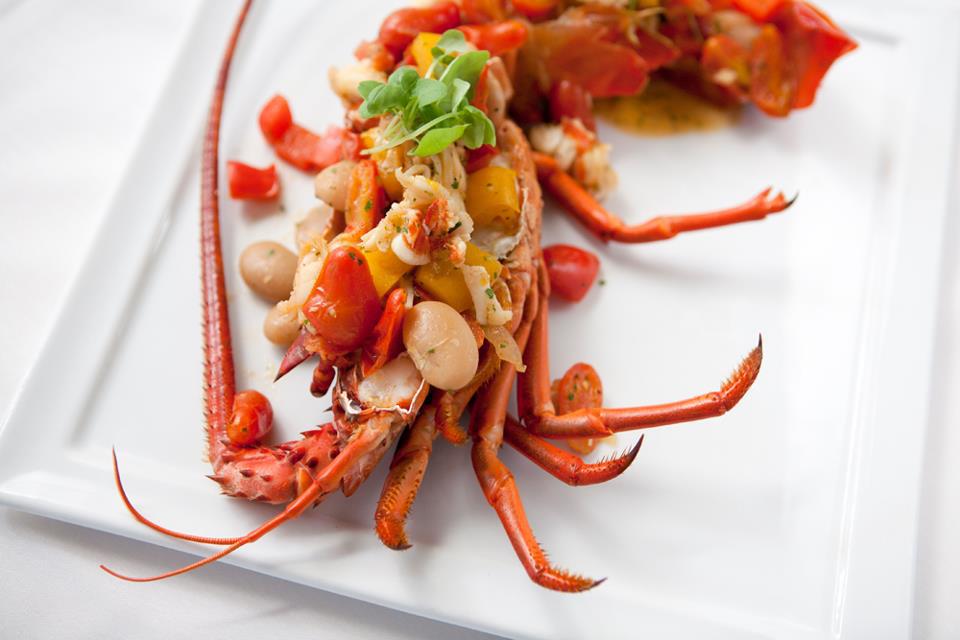 Still, you can relish in a filling indulgence with Panzerotti, a baked crêpe filled with creamy ricotta, green chard, parmesan and porcini mushrooms. I love the wood oven baked pizza and the homemade pasta such as Tortelli of butternut squash, ricotta, amaretto, crispy sage & browned butter, that always stir in a happy rush of serotonin.
Seasonal local specials such as the excellent spiny lobster (Aragosta locale) from Santa Barbara served with cannelini beans and bell pepper with sweet chopped cherry tomato sauce made my dinner outstanding there in February.
Dolci treats like the Tortino al cioccolato with creamy chocolate Grand Marnier heart, a dense whip of chantilly cream and chocolate ice cream or a scoop of hazelnut, stracciatella chocolate chip, vanilla, or milk gelato, are all made by Edoardo himself.
The wine list at E.Baldi is mostly Italian with some California options for the locavore fans. We usually stick to Italy with Italian food. A bottle of red Barbera d’Asti Barbera, Ai Suma, Braida 2003 for $167.00 was in the upper price bucket, but it rewarded our palates with fresh, juicy, yet complex flavours accompanying the lamb Milanese and lobster mains with its lovely acidity well. 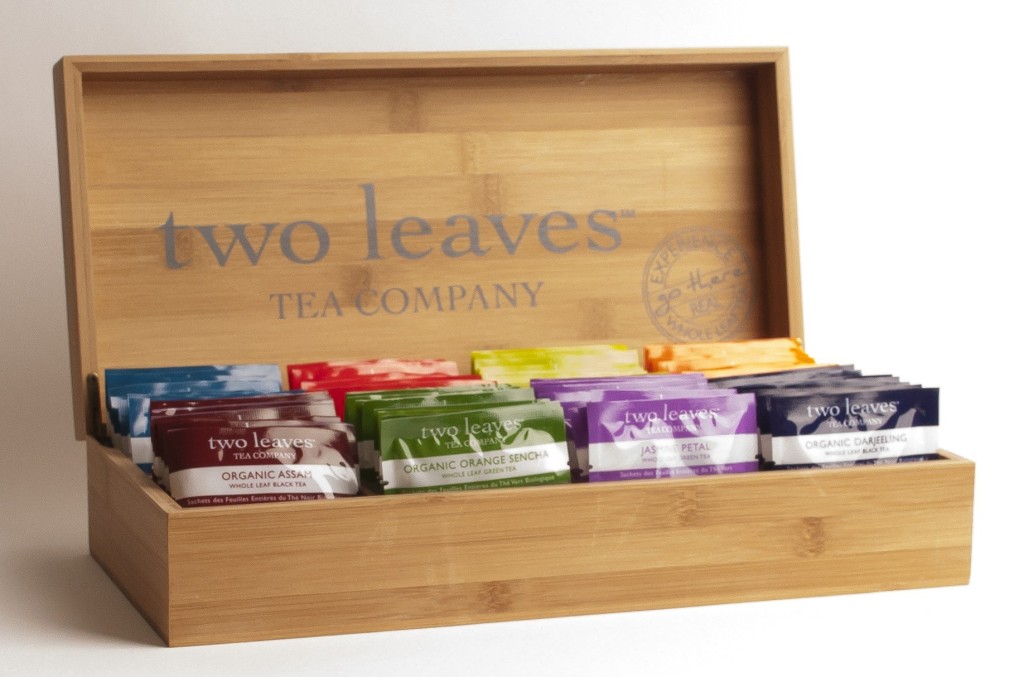 At most Italian restaurants tea selection is limited, not at E.Baldi though. LA, the city of some obsessively healthy people, caters generously to its organic crowds. The teas from Colorado-based Two leaves are organic. You can also have an espresso or a frothy cappuccino, the later enjoyed in Italy with breakfast, but in America no raised eyebrows will shun your choice.
Since 2011, when Giorgio Baldi died, the kitchen in Santa Monica has been headed by experienced chefs who cooked alongside Giorgio for almost 25 years since its opening, so the quality should remain. Edoardo carries his own family legacy at his restaurant E.Baldi in Beverly Hills with an impressive vigour and humbleness.
Visits: March 2011; spring and summer 2013, July 2014, February 2015, September 2017
Price level: High (appetizers above $10 and main courses in the $20 to $40 level). It is justified though by the high-quality ingredients and cooking mastery.
E.Baldi: +1 310 24 82 633; Giorgio Baldi: +1 310 57 31 660
E.Baldi: 375 North Canon Drive, Beverly Hills, CA 90210
G.Baldi: 114 W. Channel Rd, Santa Monica, CA 90402
E.Baldi lunch 11:30am-3pm; dinner 6-10pm; closed Sun & Mon; G.Baldi closed on Mondays.