Despite their iconic meaty plates, that the Central European cuisines are more known for, there are many vegetarians and increasingly also vegans conscious not only about animal welfare but also their own health. Many of these plant eaters dine out, but until recently had to struggle with having very limited options, often resorting to hipster eateries or a plate of risotto or a basic salad at most nicer restaurants. In Prague, there are plenty of vegetarian as well as some rather rare vegan dining options, yet the Secret of Raw was the first to introduce the “raw” concept to the Czech palates in this populous capital city. 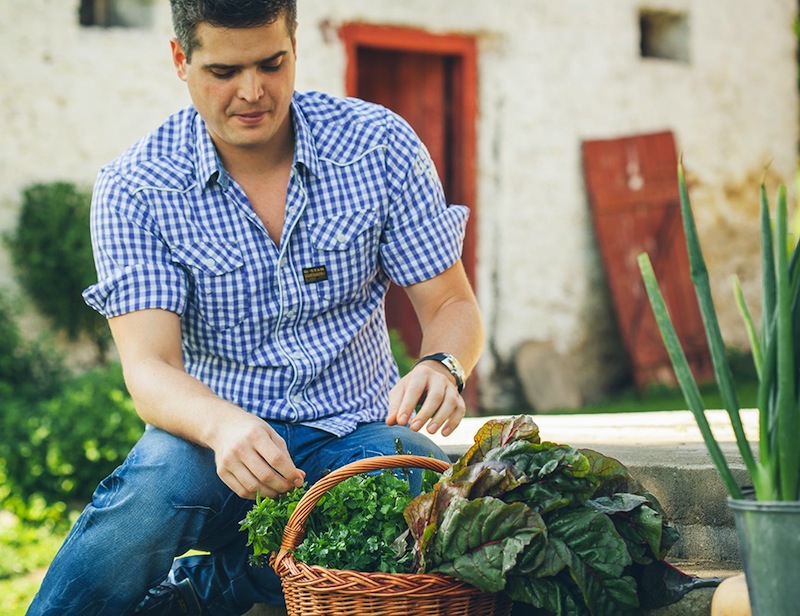 What is raw food?

It is minimally processed and cooked or heated up to 42-47°C (the accounts vary), so the living enzymes that help us with digestion are largely unharmed. The nutritional value of these foods is higher than in cooked or conserved foods, and foodies appreciate their preserved aromatic abundant flavours.
At the Secret of Raw, the first raw restaurant in Prague co-founded by healthy food enthusiast Jan Plajner, the food is delicious as much it is packed with vitamins, minerals and other benefits. I quizzed him about the challenges and the highlights from his raw revolution, flourishing despite the whims of the Czech climate.

The new wave of healthy diners

The great news for restaurants like his is that the Czechs, including myself, in line with their neighboring Germans and Austrians, are more than ever interested in health and nutrition. It might pop out as a surprise to most other nationals, who fell pray to stereotyping, since these countries’ gastronomies are renown for their beer, white-flour- based dumplings and sugary strudel.
Yet, it is like in America, where not everyone eats hamburgers, or pizza is not the foundation of the Italian diet. It does not always mean that what is traditional and known to travellers, is also the daily bread of most of the country’s citizens. Although beer remains high on many male Czechs and Germans liquid scale, more juices and tea is consumed than ever before. Today, increased education and access to information about food’s effects on our health, nag the minds of more families and individuals about what they eat and how they can improve their lives with the right foods.
At the Secret of Raw the staff recognised the potential of a healthy makeover of some of the heavyweights of the Czech table. For example svickova, the iconic dish every Czech woman has to master before getting married, has had a meatless and cream-free twist. Grains, nuts, fruits and vegetables were used in its preparation instead of beef, white flour and heavy cream sauce. 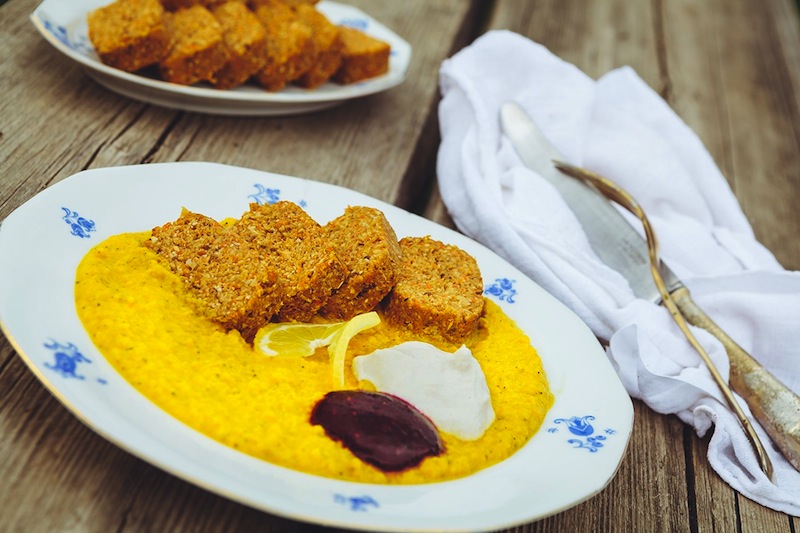 The inspiration comes mostly from traditional Czech cuisine, but also from other locally popular foreign dishes such as mexican fajitas, tortillas, burgers, and Asian dishes. Initially, the team browsed the Internet for raw recipes, since there was nothing like that in the country yet. Today their imagination has no boundaries as even trends are incorporated into the recipes. If an exotic ingredient such as the Brazilian açai is popular it can find its place in one of the new recipes.
The dishes range from typical Czech dishes as the above mentioned Svickova, but the international influences from Italy, through Americas to Asia have entered the cooks creative minds. The Beetroot ravioli are one of the favourites. 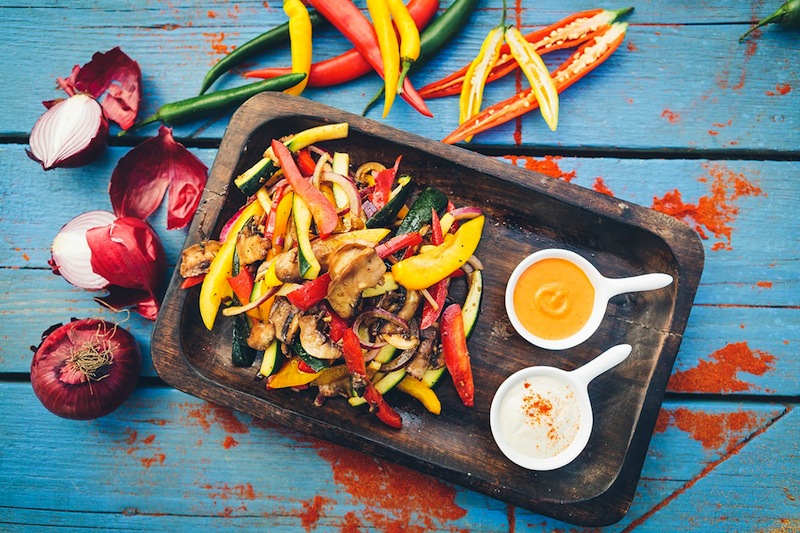 Sourcing ingredients and the challenges of European seasonality

Smetana’s Four Seasons are not just a mesmerising classical composition, but also the remainder of a damp fall and cold winter forming around the warmer spring and summer during each year in most of Europe. In a cold climate, it seems natural to crave heat-creating comfort food. Therefore, it is an enormous success that a project like the Secret of Raw took off and has been thriving all year around.
One of the sucres factors is that the inhabitants of Prague like novelties. Their penchant for discovering new countries and cuisines might come from decades of oppression under the Communist rule, yet even before the nation embraced foreign cultural and gastronomic tendencies such as Japanese tea rooms, French cafes, or Vietnamese spring rolls.
Healthy lifestyle is trendy and anything new in this direction is welcomed with forks ready to sample. Mr Plajner confirms this tendency, and adds that it is not anymore just the so called LOHAS group, meaning Lifestyle of Health and Sustainability seeking people, who venture into his restaurant. When I dined there, I saw young mothers with children, couples and an older man, all savouring their raw lunch or a dessert.
The biggest challenge in Prague is to find organic ingredients for a big operation such as a restaurant. There does not exist a reliable supplier, able to regularly and quickly deliver all the required ingredients. At the Secret of Raw only the dry and the ingredients with a long expiration tend to be organic. The co-founder of the business, admits: “Our fruits and vegetables are not organic, first because of the operative issues, and then also for the reason of the high cost, that our clients would not support.” It seems that although the market with organic food has been thriving in the past years in the Czech Republic, paying more for it at restaurants has not yet found sufficient support. Perhaps, an opportunity? True, in the always blooming California or Monaco, where many can afford to dine at a Michelin stared restaurant fully based on organic local produce (Monte-Carlo Beach hotel), this is more realistic and economically viable. In a highly seasonal country, where all you can get fresh during the winter is snow, local raw food is a struggle, but importing from the warmer is always an option, although not the most sustainable one. 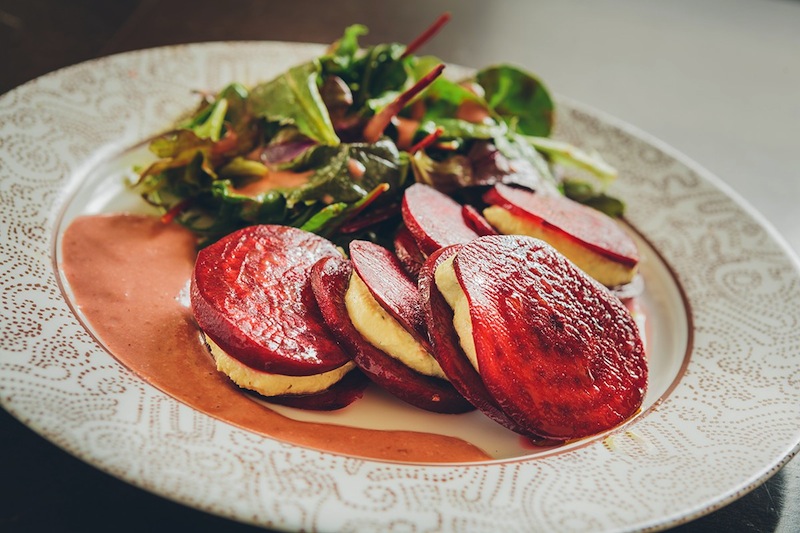 Focus on concentration and freshness, not restrictions

Although raw food is about health and getting maximal nutrition out of your ingredients, the restaurant, and most of the other raw restaurants I dined at from California, through Florida, London, to Hong Kong, do not care much how many calories, fat, sugar, and other trouble makers are on each plate. Often, since lots of nuts are used in the preparation, the calorie-total can get shockingly high, so this food generally is not for serious dieters.
On the other hand, most people who switch to raw food usually loose some weight, because of its accent on vegetables and clean eating, but also high protein and fibre contents, both filling you up substantially so you cannot eat that much of food as you would when eating more processed, not truly satisfying foods. The calories in raw dishes seem to really count, when compared to nutritionally poor food filled with empty calories. Indeed this paradox inspired many raw snack producers not to provide the numbers, but rather highlighting the quality and the provenance of the ingredients in order to attract their consumers. Mr Plajner adds: ”Generally our food is so healthy and nutritionally dense, that if you eat a varied raw diet, you will not miss anything and nothing should be in excess.”
One of the unwanted and often overlooked complications of these healthy intentions is bacterial contamination causing a serious sickness. Since raw dishes are not heated above 42 degrees, many of the pathogenic bacterias are not killed and they also thrive in unpasteurised (conservation through heat) ingredients. Therefore, the raw diet is mostly plant based. Meat and animal products are known to be most sensitive to temperature fluctuations. 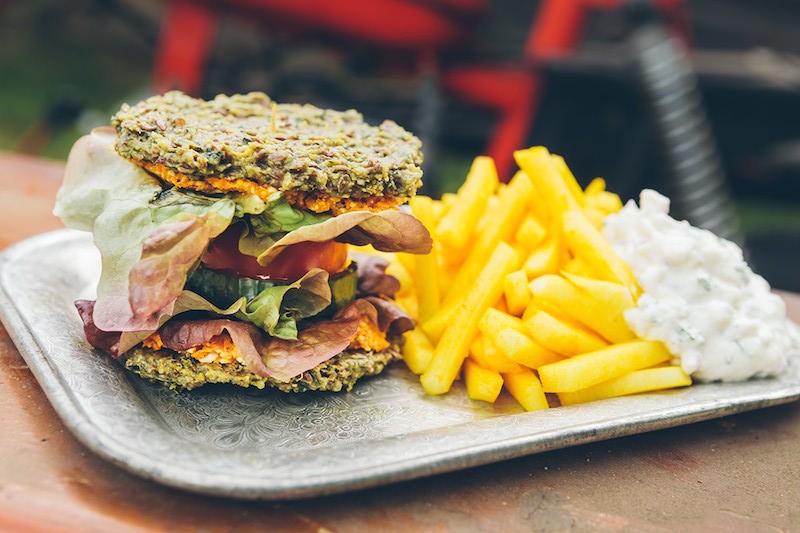 The secret revealed on the menu

The Czech taste buds prefer substance and concentrated flavours, therefore “dishes where there is something dried are the most popular”, says Mr Plajner. For example raw pizza, burger, mushroom or banana and chocolate pancakes, and the tortillas. I loved the freshness of the Beetroot Ravioli for a hot summer day lunch. While the Sunburger with white radish “fries” and cashew tartar sauce might deceive but surely satisfies the big eaters. The desserts are the bestsellers though. Fruit-based cakes, chocolate tart, and during the hot summers raw ice cream are wanted.
The desserts became an immediate success, often overshadowing the savoury dishes. Possibly because they are more approachable for the Czech palate used to warm home cooking. My sister is one of their raw desserts fans and replicates them successfully at home. It is an explosive endeavour though, she admits. 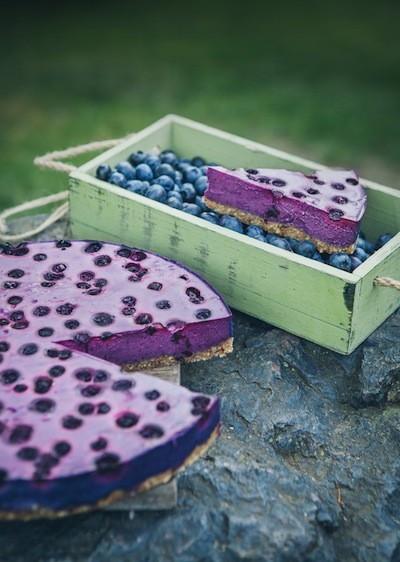 For the raw food preparation essential kitchen tools such as a powerful high speed blender (Vitamix), dehydrator (Sedona), sprouted, spiralizer and high quality knives are necessary. Most of these gadgets are also crucial for home raw food preparation according to the restaurant’s highly popular recipe book titled “The Secret of Raw Food”, soon also available online in the English version. You can get away with a good blender though and adjust the rest according to your kitchen equipment. For example instead of dehydrator use normal oven on the lowest temperature, that can be set to ideally 42°C. If one is serious about eating and preparing raw food at home then invest at least into a good blender, otherwise “it is like cooking without a stove and a pot”, says Jan Plajner. If you are curious about raw food and not adventurous enough to try it at home, then get out and try it at their small with warm colours painted restaurant on the edge of Vinohrady and Zizkov. During the warm season there is also a small terrace fronting the cafe.
Seifertova 574/13, 130 00 Prague
+420 222 513 258
Daily from 10:30 am – 11pm; except Sunday open only for dinner from 5pm.
There is also a small selection of instant raw breakfasts, bars, nuts and super foods to take away.