"Macedon Ranges are underappreciated by wine tourists, which means less crowds, plenty of well-receiving wineries and fun exploring the ultra local slow-life of nearby villages."

Reaching the Cobaw Ridge winery takes a wild, humps and rocks mastering drive. The final miles of dirt roads that lead to the small family estate require a four wheel power and a high enough car. Our rented sedan stuck in the deep ridges of the forest way a number of times, yet our navigation was persistent, and we made it. 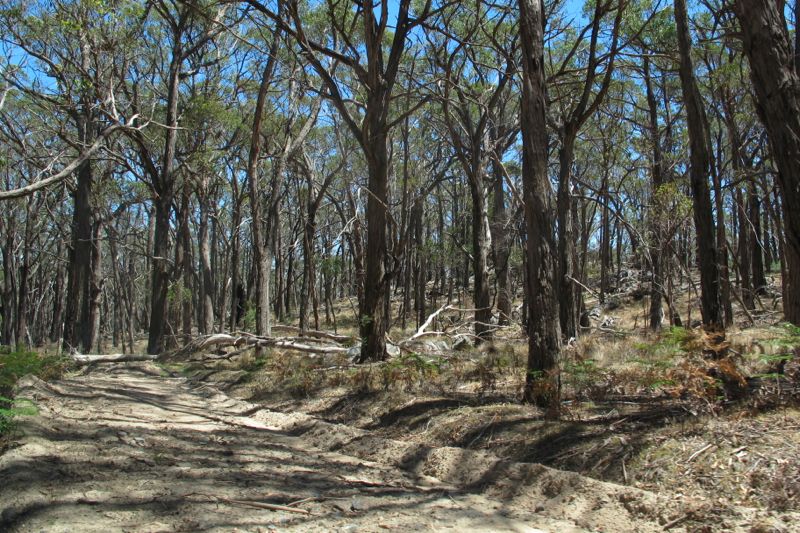 After about 1.5 hours drive north-west from Melbourne, the land pikes above 600metres inviting the cool winds to hang around. Theirs forceful exhale swipes the facade of the local scorched granitic land. Protection from this mighty wind is key to finding a successful site for planting vines as are northeast facing slopes. Seeing the pollen paint of the stone farmhouse and the winery come as a relief in the struggle, that seems far remote from any form of refuge. The wines that will soon be tasted are worth the rugged journey. 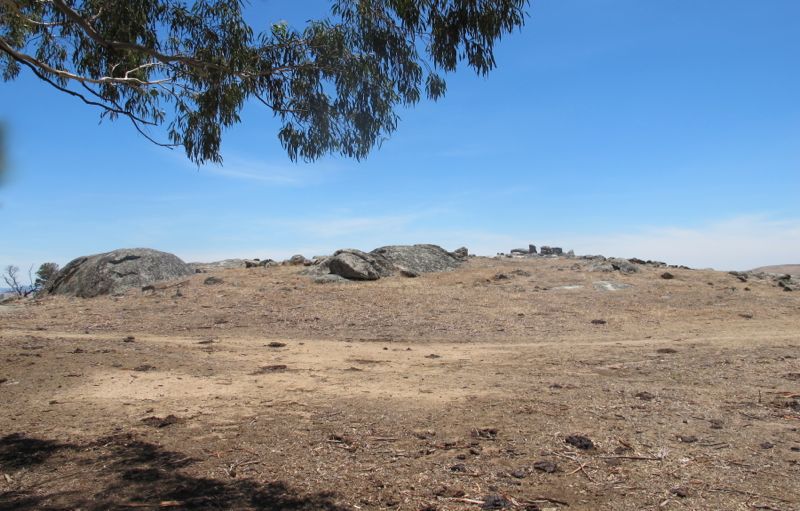 Victoria: legacy of the once fertile state

Macedon Ranges are underappreciated by wine tourists, which means no crowds, plenty of well-receiving wineries and fun exploring the ultra-local slow-life of nearby villages. Situated in the high ranges of Victoria, the smallest state of the Australian peninsula, its dry and dusty surface is deceptive. This is one of the coolest, and perhaps the most demanding wine growing region on the mainland (off it, Tasmania can be cooler). Once the largest grape producer in the country, Victoria’s vineyards were destroyed in the late 19t century by phylloxera, the root disease that is the worst nightmare of wine growers all over the world. Other, larger states took the reign in quantity, but the high quality and terroir diversity of Victoria remains unsurpassed. 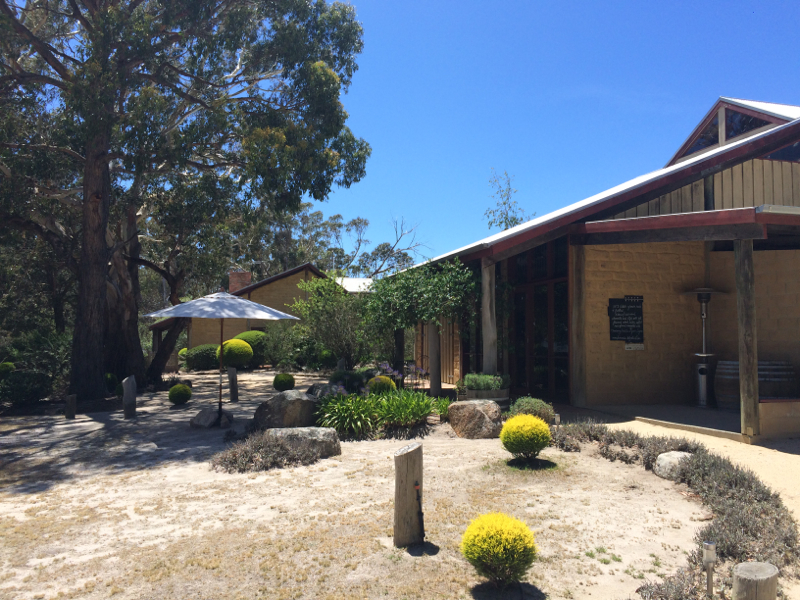 Nelly and Alan Cooper are the owners of Cobaw Ridge. Alan is the winemaker and their son Joshua is following in his steps. His Burgundy experience at Domaine de La Vougeraie, one of our favourite producers there, furthered his grasp of Chardonnay and Pinot Noir as well as the attachment of the vigneron to nature. Cobaw Ridge is now fully biodynamic certified. Biodynamic, naturally synced vineyards and chemicals-free winemaking now defines the house style. Their Syrah was totally sulfite-free in 2014 vintage, and the other wines received only a minimum sulphur treatment. Sustainability is close to the heart of the producers, who are constantly challenged by the whims of nature.
Coopers founded the winery in 1985 and as one of the first growers in the region refined their varietal selection by trial and error. Four grapes made it through the sieve. 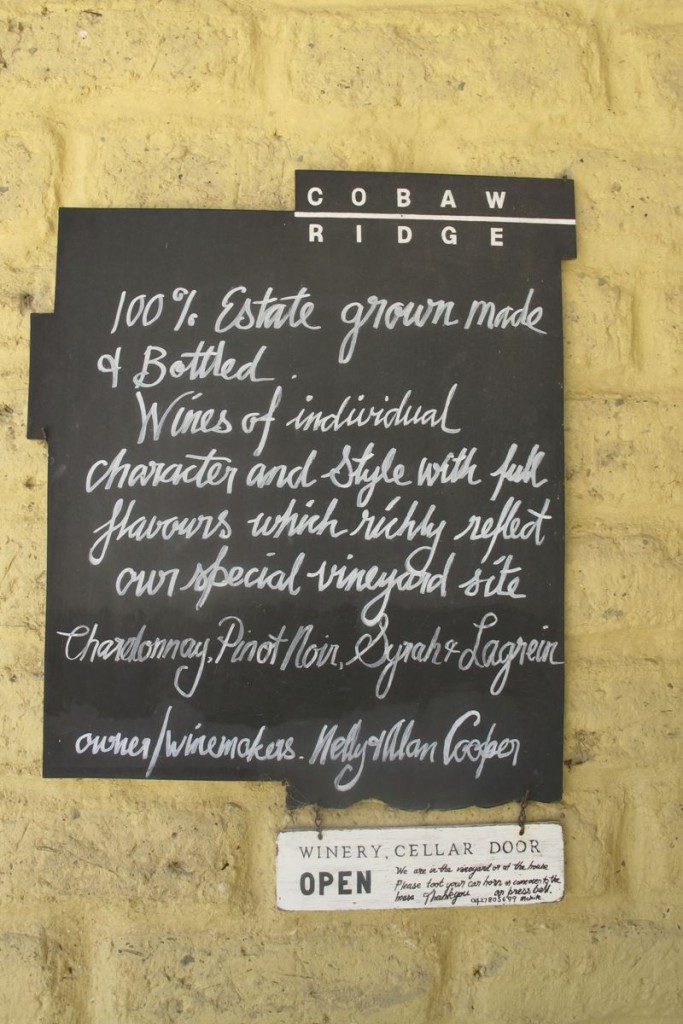 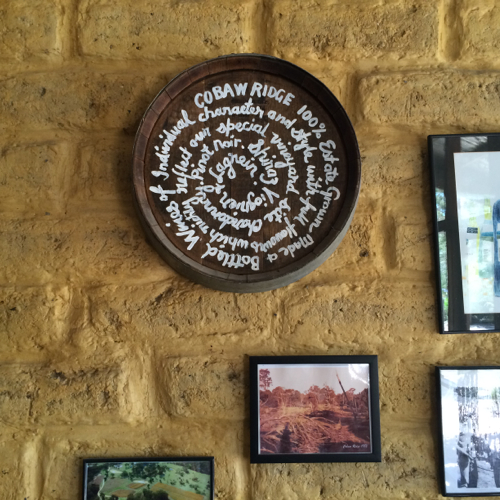 Wines made by Cobaw Ridge

We had our first bottle from Cobaw Ridge at Rockpool, a superb gastronomic restaurant in Sydney known for its off-the-beaten-path additions to the wine list. It was an intriguing earthy and floral Pinot Noir from the 2012 vintage. At the winery we taste the yonger 2013 vintage (AUS$75 per bottle) and were similarly impressed by its earthy, floral yet spicy complexity balanced by a good mineral backbone. Low yields tend to signify robust wines, but the Cobaw Ridge bottlings are quite lean since the cool climate flatters this needy varietal that needs plenty if care. Granite soil injects mineral freshness.
As most producers in the area, Syrah, known locally as Shiraz, but the winery prefers the French term, is included in the wine tasting portfolio. Since the successful  2010 vintage it was organically certified, and recent vintages jumped ahead with biodynamic conversion. The warm 2008 saw it blended with a dash of estate Viognier in the Rhone style.
In the same year, the Syrah was also blended with Lagrein in the limited edition CV1 label. Although it is their cheapest wine (AUS$38 per bottle), it is worth trying as you will not find it easily around and your palate might enjoy its unique tannic, aromatic and spicy flavours.
The northeastern Italian native red varietal Lagrein gets the loudest applause from the serious wine commentators. The pungently expressive Lagrein (AUS$60) is particularly well received because of its locally defined character. As in the other red wines by the estate the spices and mineral freshness reflect the granitic soil, but also the varietal typicity of Legrein pops out in dark cherry and liquorice supple notes.
Chardonnay is the only white varietal bottled solely, but not the lone planted as a small amount Viognier is blended into the Syrah when needed in some warmer years. It shows an individual mineral zing in a single vineyard expression.

The vines do not have easy life in the Macedon Ranges. At Cobaw Ridge a huge bush fire destroyed most of the crop in 2009. Only 1 barrel of wine was made from the entire vintage. It was called F.O.G. and adorned by a hand drawn label of a hand strenuously squeezing the juice from the red grapes. The past decade also marked lower rainfall and the frosts in 2006 and 2007 decreased the overall production.
Not only frosts, droughts and bush fires threaten the grapes, but also the kangaroos like to nibble on the lush bunches as they ripen! The family winemaking team does not linger around, be assured. 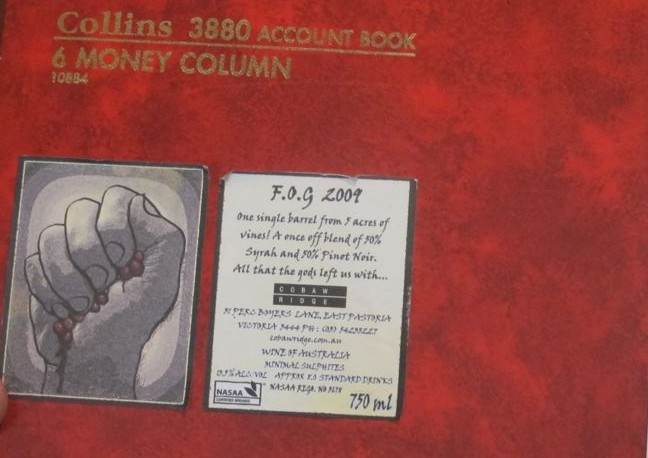 The rustic design of the winery echoes the untamed wild country surroundings. We arrived just when the flowering season was over and the grapes were starting to form. The vintage starts in March and can extend to early May in a particularly cold vintage when the grapes struggle to ripen fully. Nelly welcomed our beaten up faces with such a warm smile, that we forgot about our bumpy ride. Luckily, it was about lunch time and she advised a restaurant in a nearby village in the other direction, where the road was better managed, so we were spared from more of the glutes massage.
Although Cobaw Range is not as well-known as the Bindi and Curly Flat, its biodynamically produced wines are better value for money. In spite of the low yielding plants and small acreage, their prices are lower than most Burgundies and similar Rhone blends, the popular Lagrein comes at a higher price than its Italian native.
✉ 31 Perc Boyers Ln, East Pastoria VIC 3444, Australia
☏ +61 (0) 3 5423 5227
🕗 Sat & Sun: 12noon – 5:30pm; Monday, Thursday & Friday 10am – 5pm