A terrible face cancer has been killing the majority of the species since the 1980s. Who knows if they will still be around in a couple of years?

As a child I had been always fascinated by the Warner Bros. cartoon of the Tasmanian Devil. Taz had his allure. With mouth wide open in most scenes, his teeth dripping saliva suggestive of his ravishing instinct, for some reason he was not scary at all. And, in reality, this little bear resembling carnivore, is indeed cute. 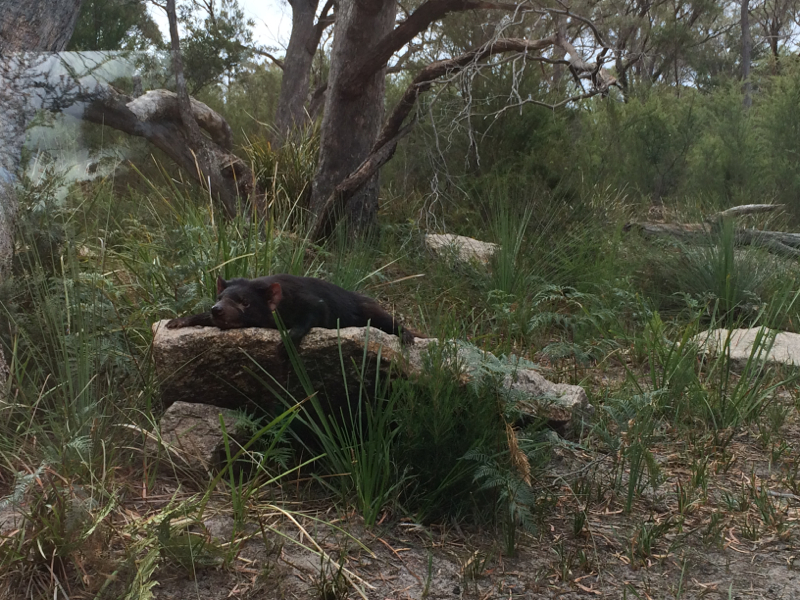 As our recent trip to Tasmania was approaching I harassed my husband that we must make sure to see some Tasmanian Devils when out there in the Southern hemisphere. How could I, after all, travel so far, and not see the Tv star of my childhood? Live and screaming! I could not put my eyes off him from the first moment he flapped his belly flat on a warm rock. Like a pancake, his four legs were stretched wide and his head comfortably rested on the boulder. 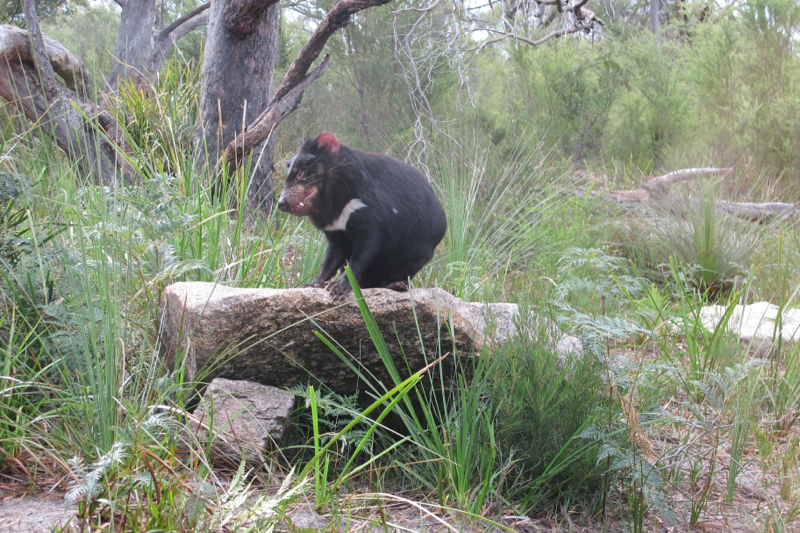 The wildness for Tasmanian Devil challenged

Alive he was, well, they since we were observing a group of Devils as they assembled together in anticipation of food. Yet, Taz might soon only become a rare reminiscence of our generation. Our children may just be allowed a shadow presence of him materialized through the cartoon or in videos like mine:
Tasmanian Devils video 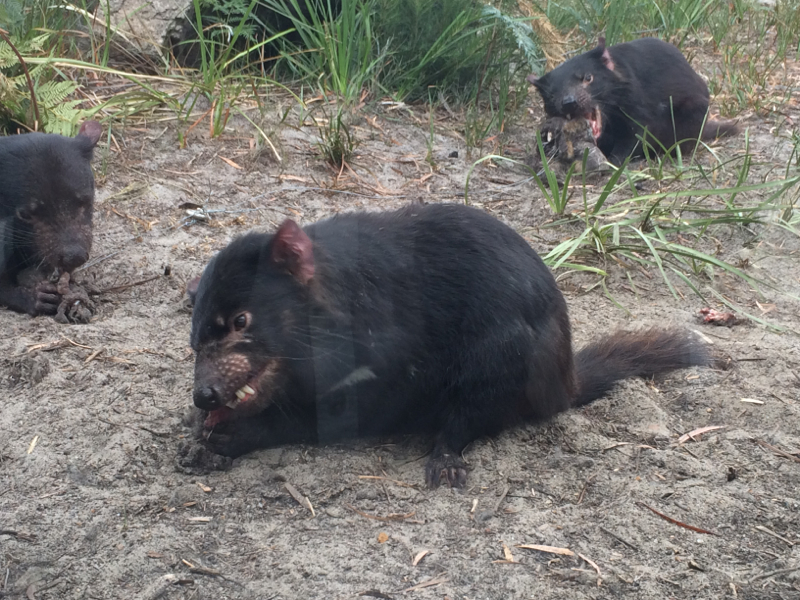 We have not seen any wild Tasmanian Devils. This is not unusual since this endangered carnivore has been dying overwhelmingly in the past decades. A terrible face cancer has been killing the majority of the species since the 1980s. Who knows if they will still be around in a couple of years?
Luckily, Australia recognised this imminent threat and acted upon their protection. A number of refuges had been set across Tasmania, so the healthy animals are separated form the infected ones. Since no vaccination has not been invented against the disease so far, this is the only chance for their survival. Their human protectors are striving to create the most pleasant living conditions for the Devils. We visited one of these sanctuaries. 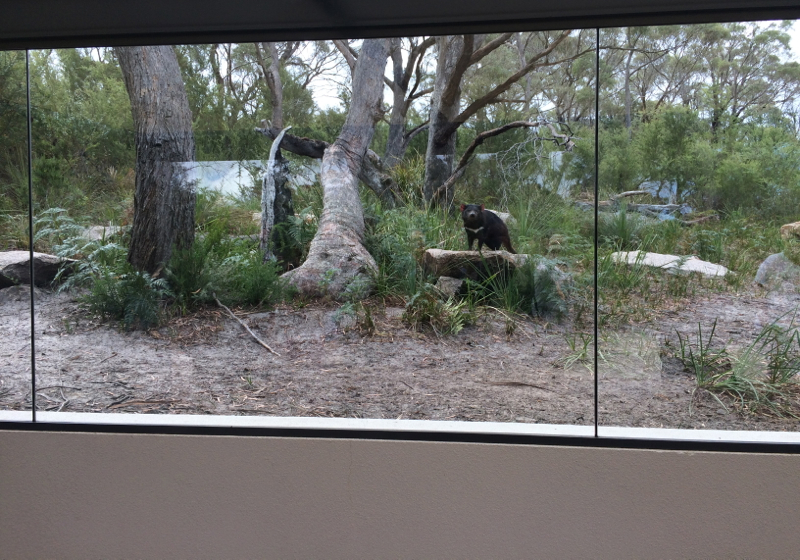 The native mascot of Tasmania entertained us at the property of the luxurious Saffire Lodge, where we stayed.
The lodge is not just the nicest accommodation on the island, but its owners created a safe refuge for a small group of Devils on their land. You can arrange a visit to see them with an experienced guide who daily feeds these scavengers.
These marsupials are like hyenas, they will eat anything at any time if it is around them as you saw in my video. And loud they are, but not as much in captivity. Usually, their screeching voice cords sound as if someone was struggling their throats.
The ravenous hyenic behaviour contrasts with their huggable round little appearance, but this is nature. A pretty girl might not be a kind, peaceful human beeing, so why would a Tasmanian Devil be any different?
Like many childhood dreams, seing the Tasmanian Devil alive in nature was one of those moments you knew were extraordinary and will remain deeply imprinted in your memory. The little girl’s dream came true, and I must say, back here in the Mediterranean I miss the little Devil, very much!
I hope, that the future endows us with his continued survival.
Saffire Lodge
2352 Coles Bay Rd, Coles Bay TAS 7215, Australia
+61 3 6256 7888