I travelled to Champagne to taste some of the fizz from these small producers. As thirst for boutique Champagne grows, the past couple of years yielded wine tasting events showcasing champagnes from the lesser-known makers. A great thing about these tastings is that often the Champagne is being poured by the winemaker or the family member himself!

Champagne was the first and still is the most famous sparkling wine in the world. The North-West French region is known for the big, branded and expensive bottles of fizz. Here, marketing of a grape-based product was exploited to its highest levels in the same fashion as a diamond engagement ring became a must for would-be married (De Beers in the 1930s coined it) in the same way champagne became the signature party and celebratory drink. Even those wine drinkers not knowing, generally, many names of wines would recognize Dom Perignon, Moet, Cristal, Bollinger or Paul Roger. The later’s strong connection with the legendary UK prime minister Winston Churchill (a devoted drinker of this bubbly). Independent Growers Champagne is only coming to the stage now. From behind the thick and heavy curtains of the big brands, the wine drinkers curiosity guides their palates to the lesser known bubbles. 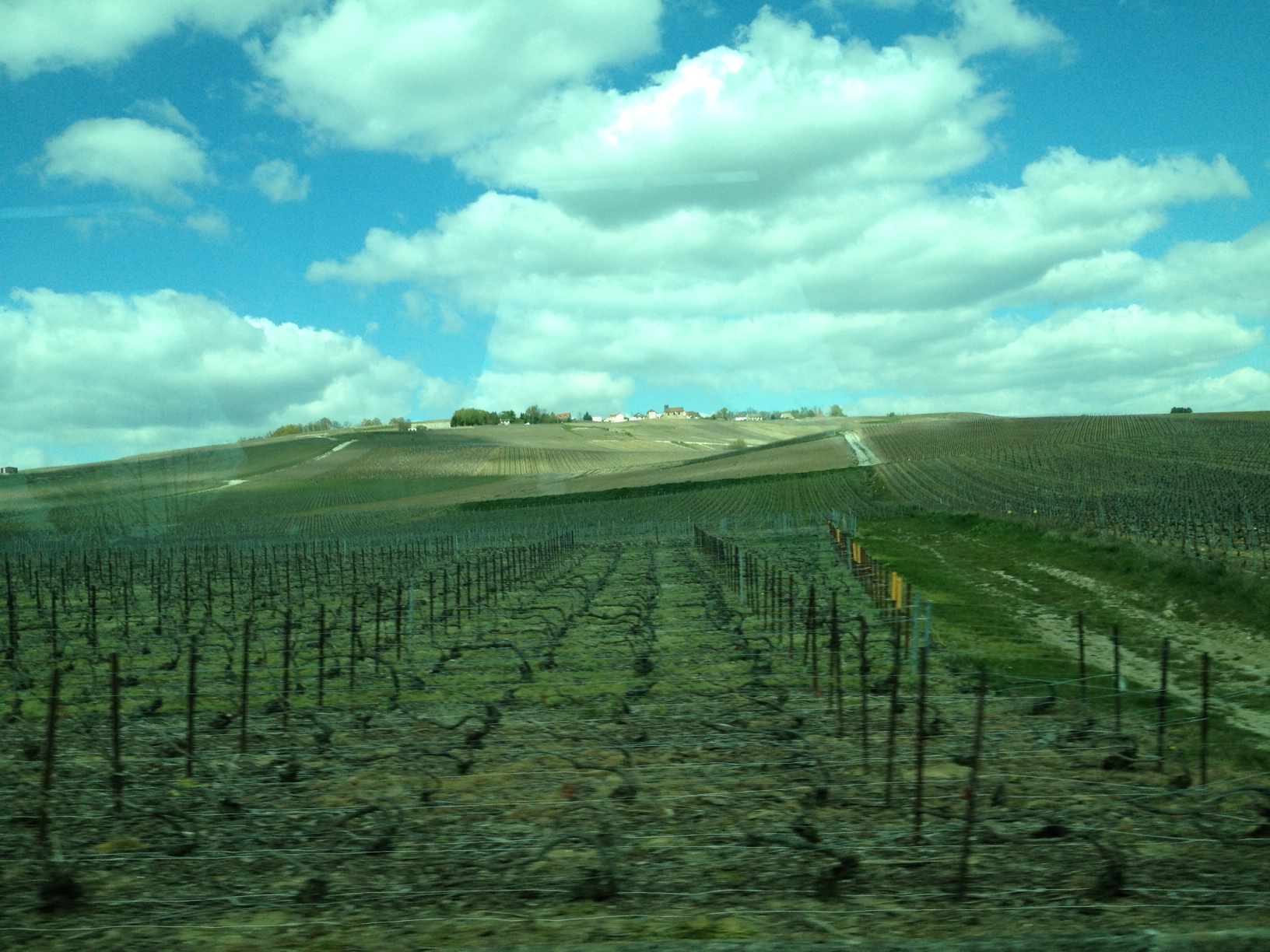 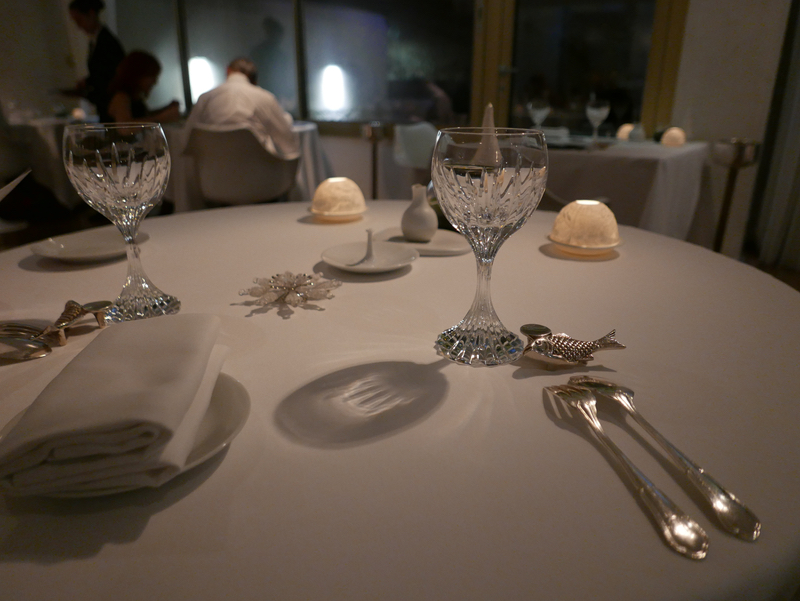 Times are changing, though. Perhaps it is globalization widening our choices as well as increasing competition, that leads many consumers to look for cheaper or unknown brands. Increasingly I am meeting wine aficionados from across the world tired of excessively expensive wines. These are the engines for smaller yet quality-conscious producers, who are now able to sell their wines outside their region. Grace to these novelty-driven consumers as we can all savor the fruits of hard work of these small, often family lead Champagne producers.
Some of them are at the same time the owners of vineyards from which their champagne is made. This is not a custom in the kingdom of bubbles. Many leading Champagne-making houses buy the grapes from growers in the region.
Earlier this week I traveled to Champagne to taste some of the fizzes from these small producers. As thirst for boutique Champagne grows, the past couple of years yielded wine tasting events showcasing champagnes from the lesser-known makers. A great thing about these tastings is that often the Champagne is being poured by the winemaker or the family member himself!
Terres et Vins de Champagne was a tasting from 18 different producers with emphasis to the soils of Champagne region. The producers pointed out the soil composition of the vineyards from which the grapes came from. With my basic knowledge of French, I had to puzzle out with the help of everyone around me what soil it was since the names are sometimes very different from their English translation. The French though are proud of their terroir and that reflects itself in the French origin of many of the soils’ names in English. 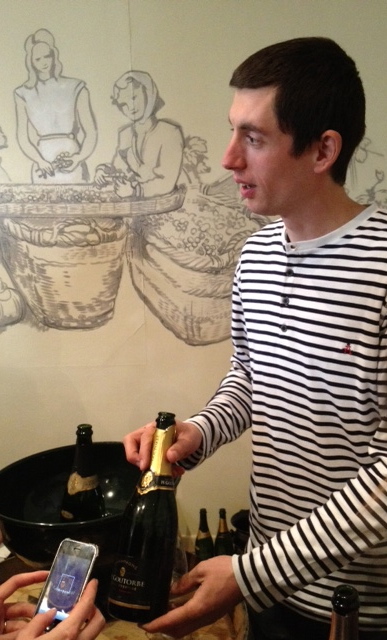 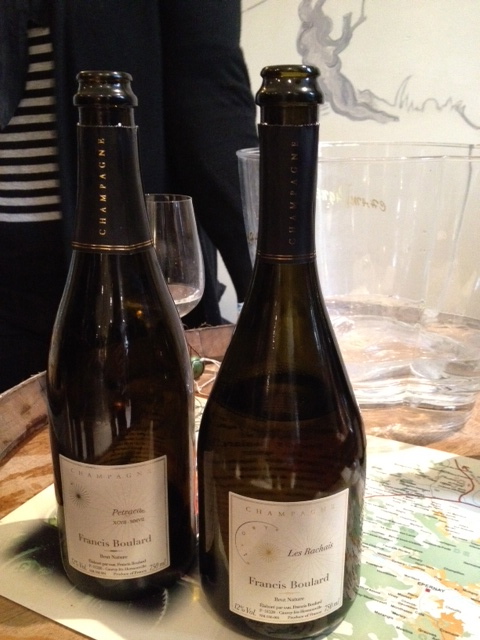 Since now Rosé Champagne is so popular I would elevate my favorite from this tasting and it is not a humble example. The Rosé Brut Grand Cru from Henri Goutorbe residing at the same address as was the tasting at Castel Jeanson in Ay was so complex, delicate and soft that one thinks of a rose macaroon from Pierre Hermé, the master of this legendary French delicacy. Making and blending of this pinkish bubbly was a seriously labour-intensive job. As a blend of Grand Cru Chardonnay and Pinot Noir with the later in 75% majority, the Pinot stands out. Yet, it is not its aromatic fragrance that is solely responsible for its complex  taste, but preciseness of separating in time the skins of the red grapes from the juice so only 15% of the total blend remains macerated with the skins leaving the pinkish hue in the final blend. The remaining Pinot Noir is white wine since the skins were removed and the juice inside the grape is white.
From the purely white Champagnes, I loved the refreshing and harmonious Brut Natural Les Rechais from Francis Boulard. Zero dosage (no adding of the sweetening blend of sugar with reserve wine) makes this sparkly Chardonnay a healthier option for champagne lovers. Its zesty bitter touch of grapefruit is well-balanced by ripe fruit and hint of honey and toast. It is a very complex wine coming from a biodynamic single plot vineyard. It is indeed very natural as it is unfiltered and unfined (adding an egg yolk or other substance to clean the appearance of wine).
Another treat was Brut Prestige Hubert Paulet Cuvee Risleus coming from Premier Cru vineyards. This blend of Chardonnay, Pinot Noir and Pinot Meunier has yeasty character. Exotic fruit, vanilla, toast and honey finish will please these looking for a richer taste. Aging in oak barrels is partially responsible for its fullness. This Non-Vintage (N.V.) Champagne was made mostly from grapes harvested in 2001.

The next day I went back to Reims for Les Artisans du Champagne tasting.

Les Artisans du Champagne is a group of independent producers who do not need to adhere to the styles of champagne houses and can let their creativity flow making distinct bubbly each year. I have attended the second annual tasting at Salle des Régates Rémoises in the capital of Champagne – Reims. 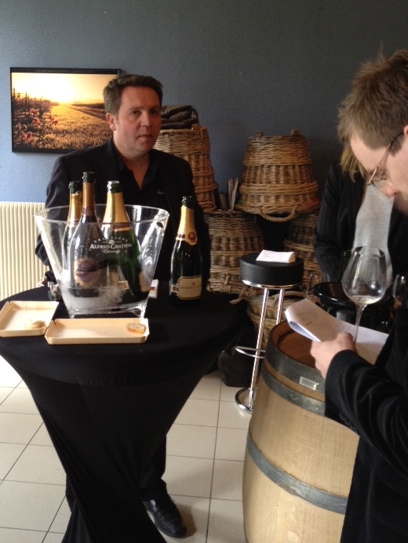 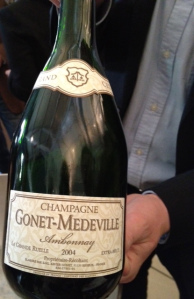 My favorite was a vintage Millésime 1999 from Champagne Alfred Gratien. Their winemaker Nicolas Jaeger disclosed that he prefers second fermentation under a cork closure as it results in “better and longer aging“. A classical blend of Chardonnay (65%), Pinot Noir (17%) and Pinot Meunier (18%). It was aged in 4-5 years-old barrels ‘infusing’ the juice slightly with biscuit and toasty aromas. The later show also on the palette together with a nutty and plum intensity which is softened by hints of apricots.
Similarly as during the previous tasting, I was enchanted by a Grand Cru champagne. La Grande Ruelle 2004 from Gonet-Medeville is a 100% Pinot Noir coming from Grand Cru Ambonnay vineyards. This blanc de noirs champagne is Extra Brut, so the dosage (adding of sweetening agent) is only 3 grams. It spent  seven months in old oak barrels leaving some sweet spicy aromas of vanilla and cloves to otherwise fruity body. On average only 1.000 bottles are produced annually so if you are interested, rush to get hold of this delicacy. You can order it by contacting the winery directly on their website.