All styles of wines are made in Anatolya from sparkling to fortified wine. From the later I was seriously impressed by Tatli Sert 2000 fortified wine made from Narince grown in Central Anatolia. Its amber gold color and numerous legs running down the glass disclose its 19% level of alcohol. I would smell it for eternity!

Turkey has one of the biggest distributions of vineyards in the world. Though, very tiny proportion of grapes grown there (about 3%) are made into a wine. As surprising as the immense acreage of vines in Turkey may sound, the history of this country and the region sheds a light on the origins of winemaking and its later decline in the former Ottoman Empire. 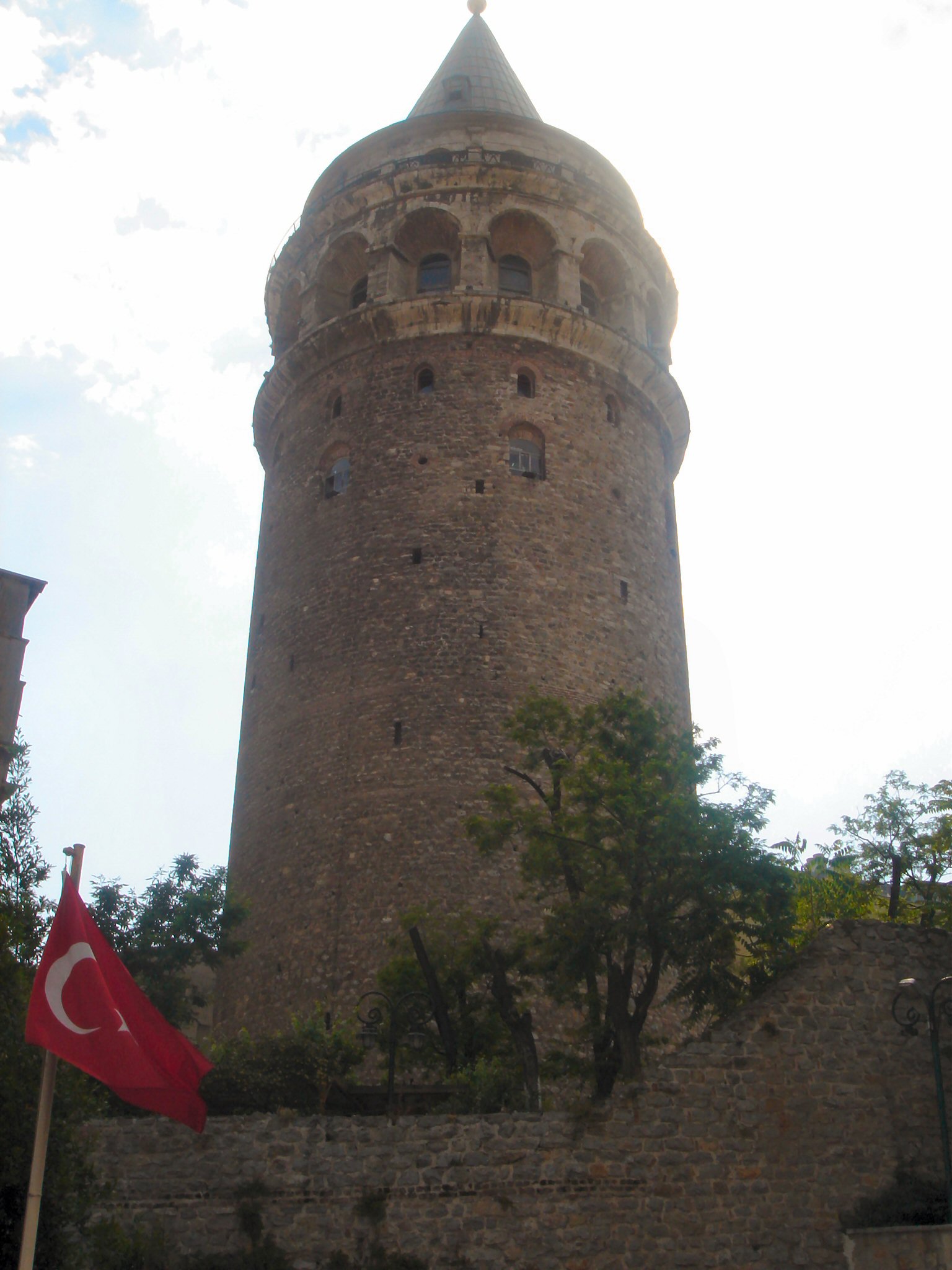 It is widely recognized that the Middle East is the wine’s birthplace. Yet, it has not been proven so far whether it was Georgia, Turkey or Armenia, where grapes were first made into wine. Wherever it might have happened once, it is sure that Turkey has one of the oldest traditions in winemaking in the world. 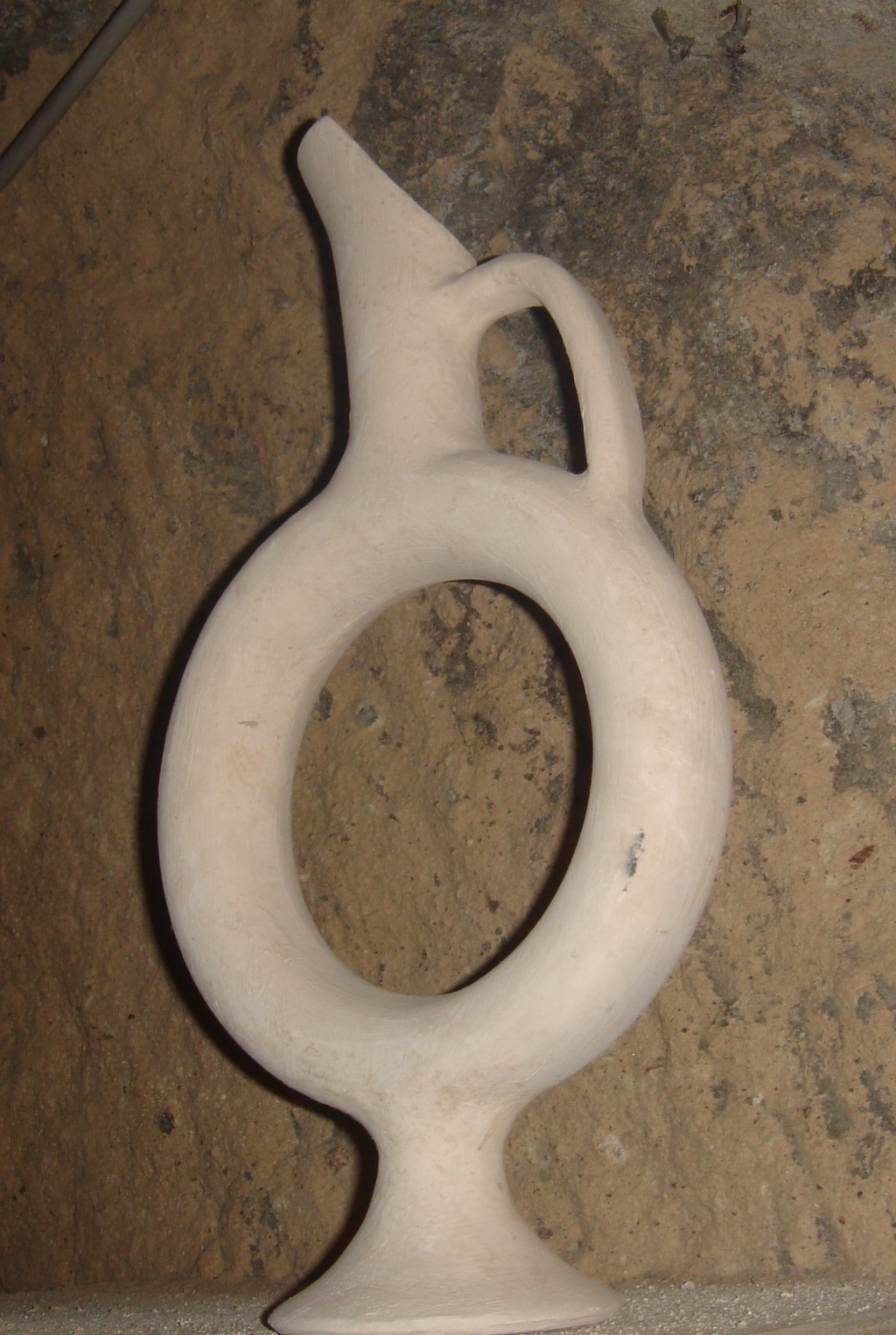 The main reason, why today any of these three pioneers of wine production is not the world’s wine leaders, is religion. Islam came to Turkey in the 8th century AD with an alcohol ban for practicing Muslims. The Turks then had to find their drinking companion in coffee and strong tea.
Although today the country has still a predominantly Muslim population, there are Christian and non-religious outposts in the modern secular system. The country’s most cosmopolitan city – Istanbul – is also the most open. There, many of the locals drink alcohol.
Further, more of the wine produced in Turkey is being now exported than in the recent centuries, although it still remains a small proportion of its grape production.
Today, as winemaking in the Middle East is experiencing its revival, many emerging wine producers buy grapes from growers, who would otherwise sell grapes for eating or drying them into raisins.

One of the leaders and the first private sector wine producer in modern Turkey is Kavaklidere Winery. Since 1929 the winery has amassed over 600 hectares of vineyards in Anatolia (Asian part of Turkey, and the peninsula on which most of the Turkey is located). It produces wines from indigenous as well as international varietals. From the wines I have tried recently at one London’s tasting, I could tell that white wines are Turkey’s stronghold. The reds often tend to be either very tannic or not very complex.
Interestingly, my favorite from Kavaklidere was a Rosé Egeo 2011 made in a blend of an indigenous white grape Cal Karasi and 20% of red Grenache. Cal Karasi has naturally high acidity and tends to give wine higher in alcohol, so it is usually used in blends. This salmon-colored wine has a shy nose, but then it shows off on the palate with delicate peach and freshness of citrus, raspberry, and strawberry. An excellent and a quite complex Rosé which could rival the best Côte de Provance! 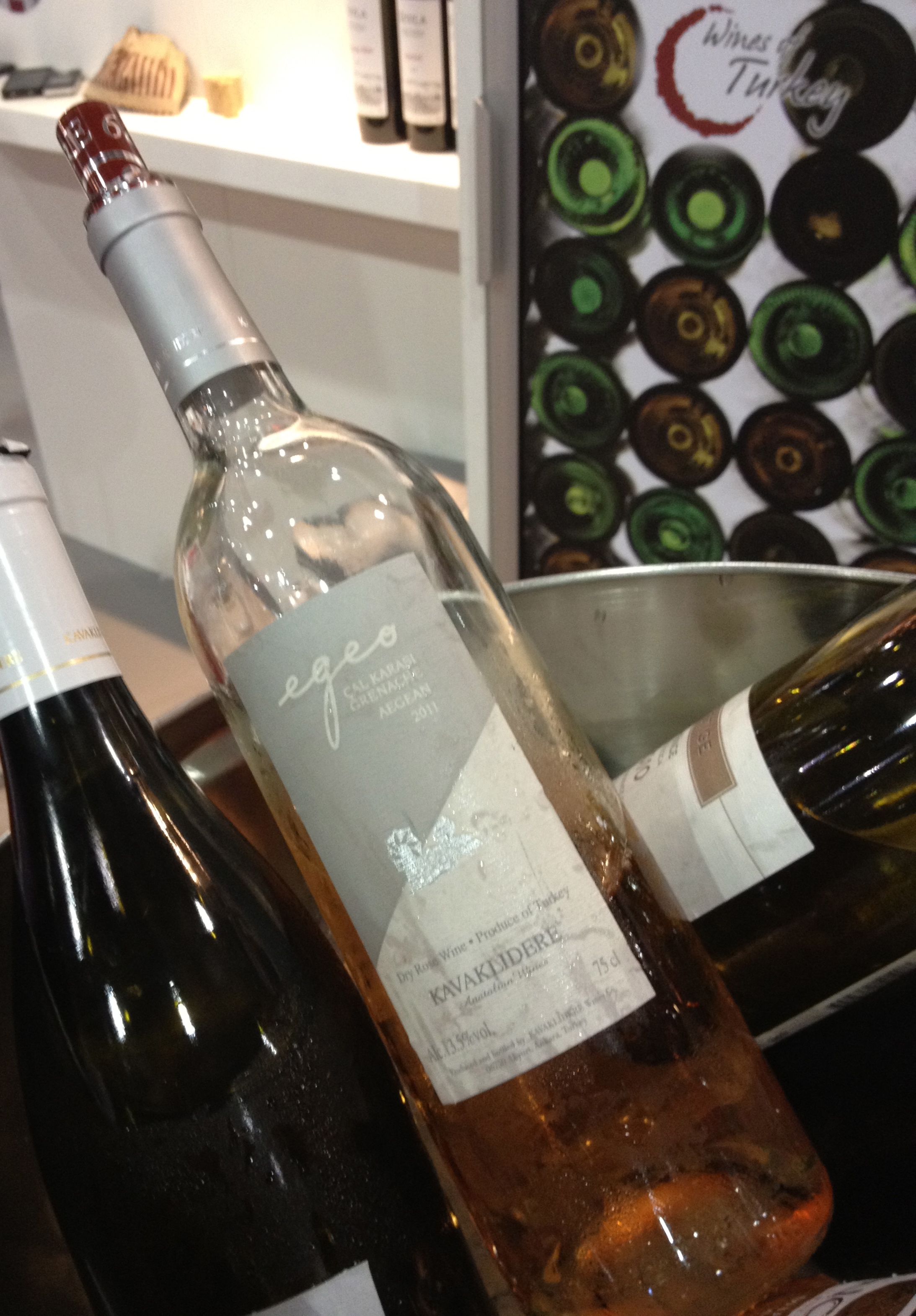 From the whites, the local Narince grape based wines and the flexible Chardonnay seemed to be the top choice for the producers. Côtes d’Avanos Narince – Chardonnay 2011 is a blend of both: Narince (70%) and Chardonnay (30%). Grown in rocky Cappadocia’s Gülsehir vineyards at 950 meters above the sea level, the high-temperature difference between day and night in this elevated part of Turkey safeguards acidity and aromas in the grapes. These are then vinified separately and aged in barrels for about 19 months. The later shows vanilla aromas from the oak. Thanks to harvesting at the highest level of maturity, the wine acquired candied and stewed fruit character. Exotic fruits with dominating pineapple match nicely the creaminess from malolactic fermentation and preserved acidity freshens the blend up.
From the same region is a slightly sweet Côtes d’Avanos Sauvignon Blanc 2011. Picked at high maturity, the wine has a higher level of residual sugar, but also a good acidity because of the day/night temperature difference in the vineyards. Peachy and flowery on the nose with refreshing grapefruit and delicate peach on the palate, this wine should be drunk young as most Sauvignons. 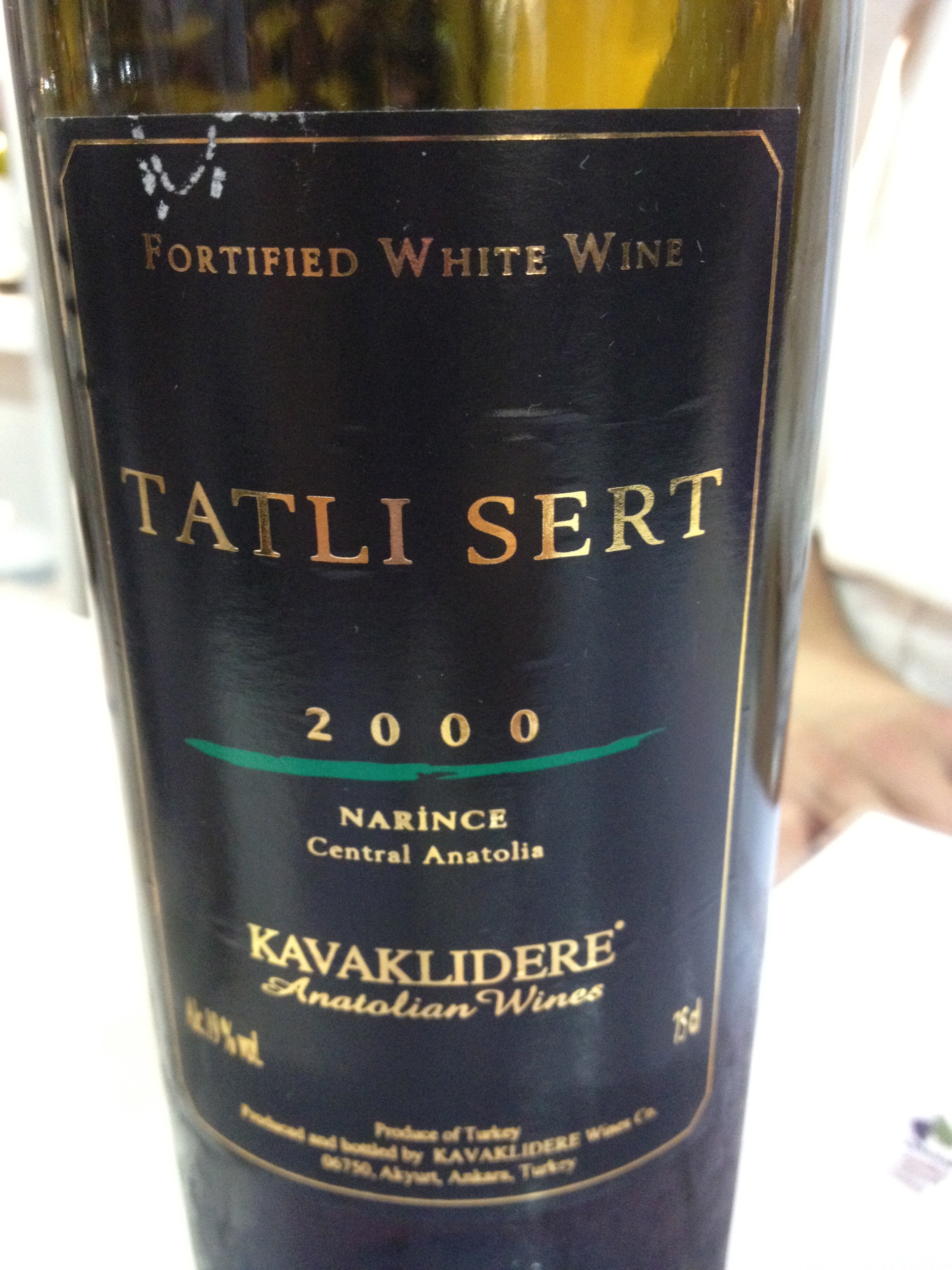 All styles of wines are made in Anatolya from sparkling to fortified wine. From the later I was seriously impressed by Tatli Sert 2000 fortified wine made from Narince grown in Central Anatolia. Its amber gold color and numerous legs running down the glass disclose its 19% level of alcohol. I would smell it for eternity! Its nose is so complex and enjoyable with resin, honey, soaked walnuts, dried figs and even hints of citrus hypnotizing one’s senses thoroughly. The palate is rewarding as well for the richness and intensity seeking drinkers. Complexity and long taste elevate this fortified wine into the hall of fame of the likes of Madeiras and best white Ports. The wine was matured for 10 years in French oak barrels to create this delicacy.
Tasting these excellent wines, I have added visiting vineyards and wine tastings to sightseeing and sunbathing to my to-do-list during my future trip to Turkey. Indeed, I might travel there earlier than I thought as the wines made in Turkey today are calling for attention.