Château La Nerthe is one of the oldest wineries in Châteauneuf-du-Pape. The estate was allegedly established already in the 12th century, in the period when the popes were residing in Avignon and made Châteauneuf-du-Pape their summer residence as well as the main source for the mass wine. Then known under the name Grange de Beauvenir, the château was first documented though around 1560 and subsequently owned by various owners often coming from aristocratic families. 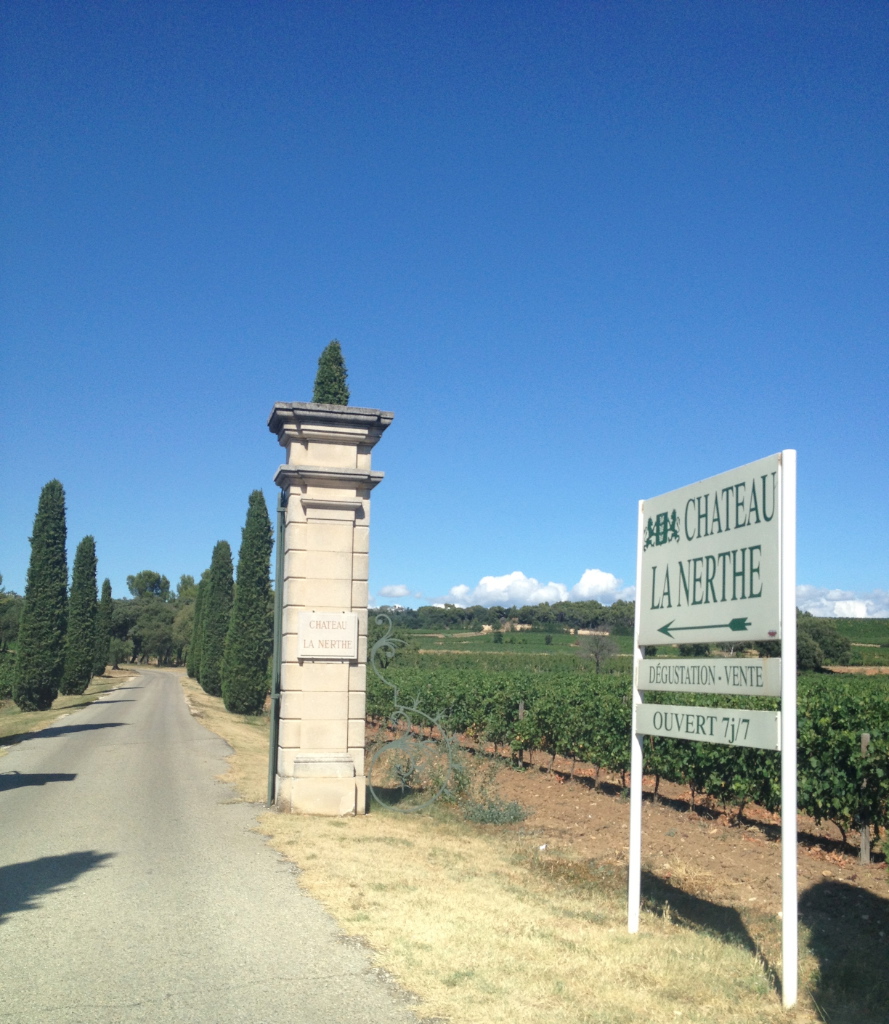 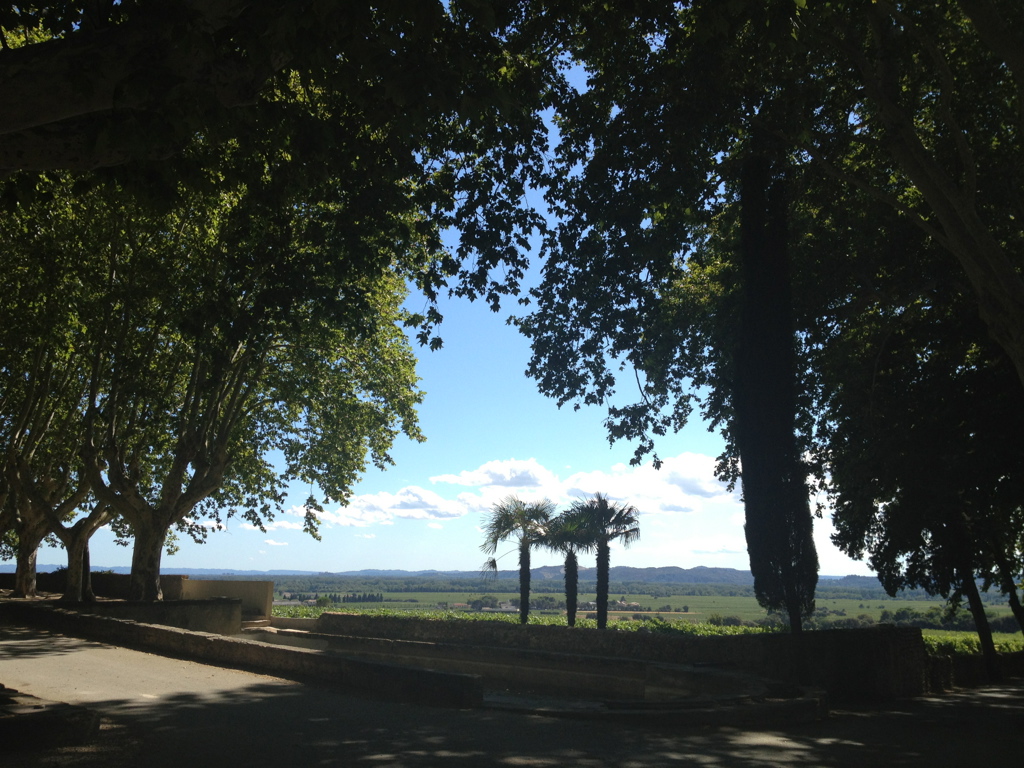 The winery was built in the 16th century. There are also stone tanks built into the walls that are about 1.20 m wide, and these were used to age the wines since the beginning of the production at the château. Some wines are still matured in them, while the other reds and some white grapes added to the blend (Roussane, Clairette) are vinified and aged in the large wood barrels typical for the traditional Châteauneuf-du-Pape reds. Only natural yeasts are used to initiate the fermentation process. The remaining white grapes are matured in the stainless steel tanks and subsequently blended. No malolactic fermentation is used in the production of the white wines since the winery aims to preserve the freshness and the fruity character of their wines. 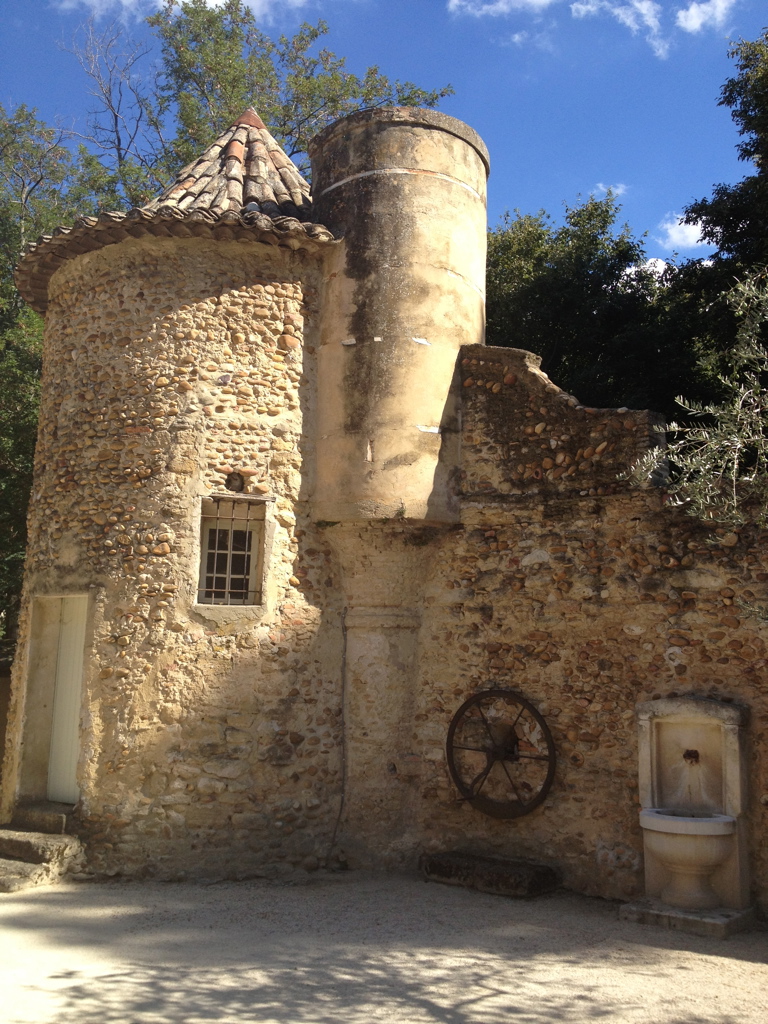 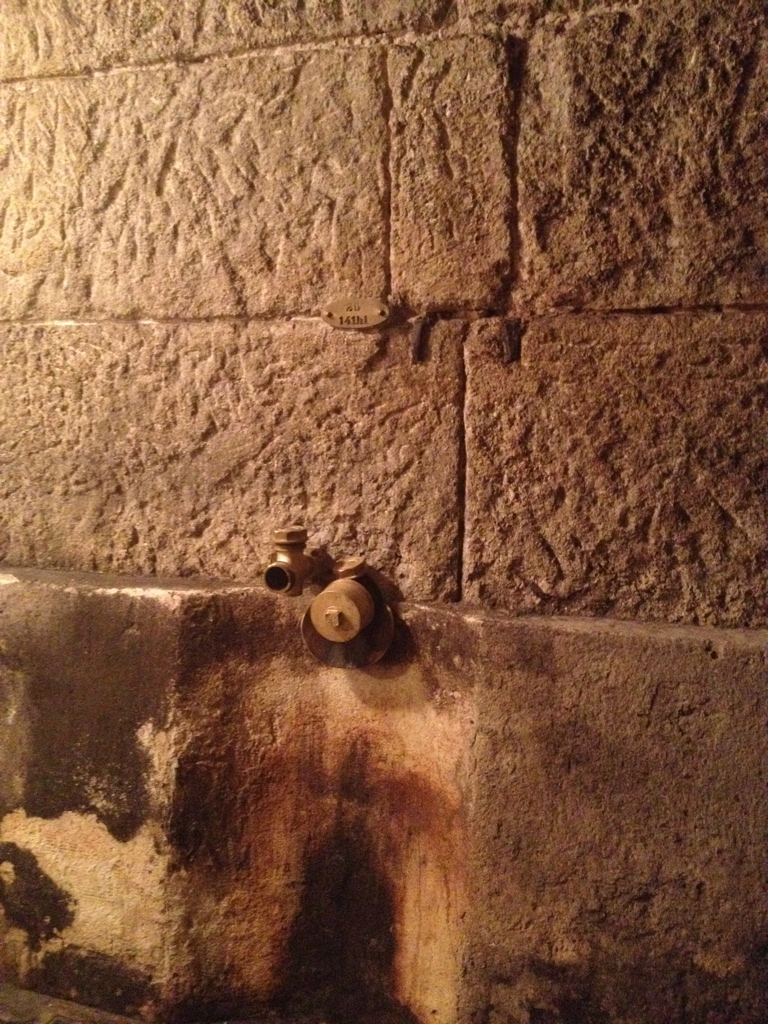 The oldest part of the cellar (built in 1560) was dug directly in the stone, mineral wall containing cobalt (safre). You can see it above on my picture. It is very hard to clean, but it is meticulously being done by a dedicated person at the winery because the tanks are still in use.
There is a lovely arched cave housing the small as well as the huge oak barrels in which the wines are being aged. Yet, the most impressive feature of the cellar at Château La Nerthe is the “vinothèque” holding the private reserves of some of the greatest chefs and restaurants.
Legendary chefs including Alain Ducasse and also the oldest restaurant in Paris – La Tour d’Argent, they both have their golden nameplate above the wines that will once be featured on their cash rolling wine lists. 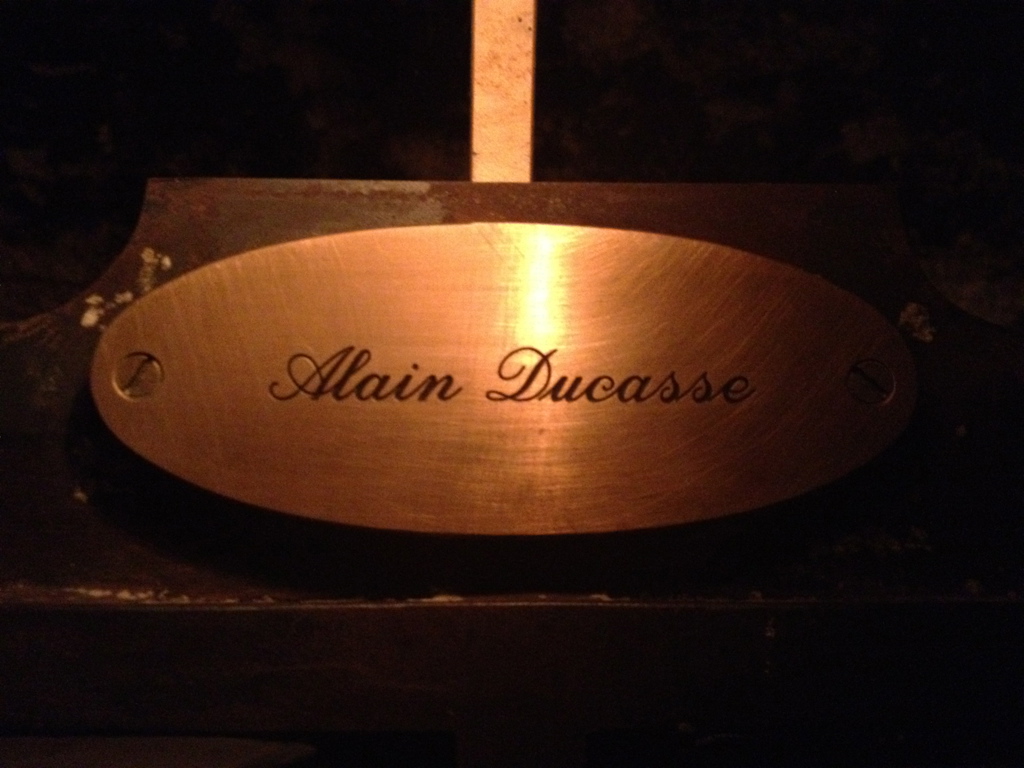 The annual production of Château la Nerthe is almost 300,000 bottles of red and 40,000 bottles of white wine. It is not a small winery, but also not a giant making cheap commercial wines. An average age of the vines is 40 years and the oldest ones are over 110 years old!
During my visit I have tasted these wines:
Château La Nerthe 2011 Châteauneuf-du-Pape blanc – a fragrant white blend of Grenache blanc, Roussane, Bourboulenc and Clairette. It was partially matured in barrels and stainless steel vats.
The reds are usually the blends of Grenache Noir, Mourvèdre, Syrah, Cinsault with a small proportion of other grapes included in the 13 allowed varietals in the A.O.C. Châteauneuf-du-Pape. These grapes are matured separately, some in large wooden casks and others in oak barrels. They are also later tasted separately and then blended to the winemaker’s satisfaction.
Château La Nerthe 2006 Châteauneuf-du-Pape rouge – the highest percentage of Grenache from all the reds that I have tried and it showed on the palate. Very deep and strong wine with a shrewd sweetness on the nose and a vivid alcohol aftertaste. It is surely a food wine and needs a big chunk of meat to tame its rogue muscle.
Château La Nerthe 2008 Châteauneuf-du-Pape rouge – my favourite as it was the most balanced wine at the tasting. A cigar box on the nose, vibrant acidity and tannins on the palate with slight touch of dark fruits.
Château La Nerthe 2009 Châteauneuf-du-Pape rouge – the 2009 was an excellent vintage producing age-worthy wines with lots of fruits in the youthful profile. It needs time to mellow its strong character though. Juicy, bursting with dark fruits, but dominated by the more acidic blackberry.
After the tasting at the Château it was not just me, but also many other wine connoisseurs who felt so light, exactly like the sculpture in the tasting room. (Pictured bellow) What a real piece of art! 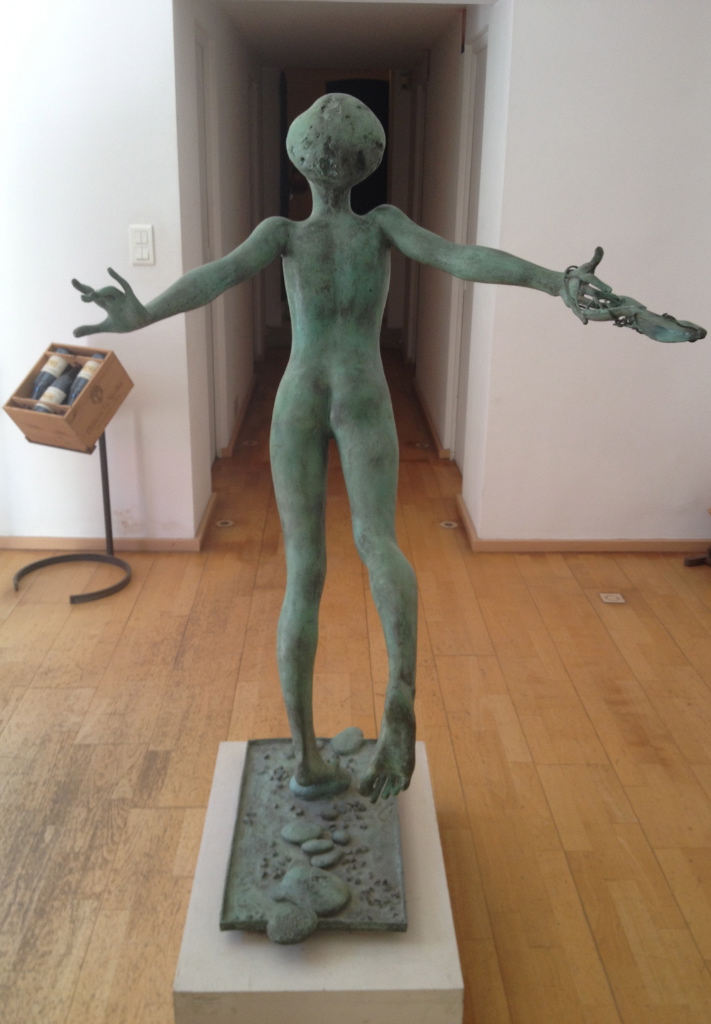